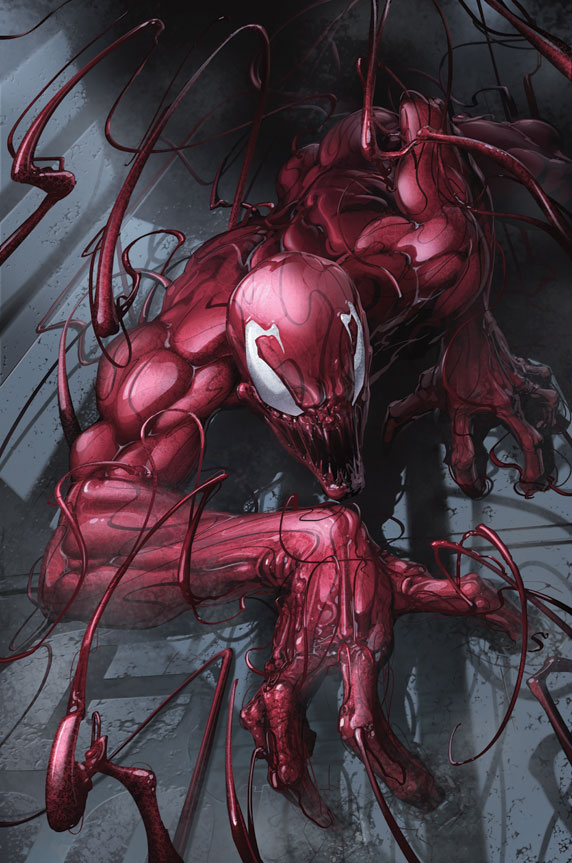 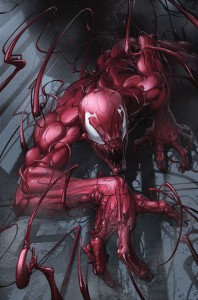 The homicidal villain, Carnage, is deteriorating in the confines of his asylum—but his fellow inmates are not giving up just yet! Watch as their Frankenstein-style experiment unfolds for better or for worse. Can they restore the deadliest of the symbiotes to its former glory, or better yet, do they have what it takes to build a more dastardly, more sinister, more superior Carnage?

“This is a Carnage story that will send shivers down the backs of anyone who reads it,” explained Sana Amanat, Editor, Marvel Entertainment. “What Kevin and Stephen have planned for the character is unlike any Carnage story that’s come before it, and surely will be one that will have fans demanding more of when it’s all said and done. Want to know why people love Carnage so much? Jump on here.”

But with a catatonic Kasady, who will emerge? The Beast or the Man?

“I’m really excited to be working on Superior Carnage. It’s very rare that you can say the words “Like you’ve never seen him before!” and truly mean it,” explains Shinick. “But Stephen and I have been working on some great designs for what happens when the Wizard attempts to turn Carnage into an agent of evil the way the Avengers converted Venom for good! Plus now that Cletus Kasady has essentially been lobotomized, readers (and the Wizard) are going to encounter a monster very different from what they were expecting.”

This July, Shinick and Segovia restore life and grotesque brutality to one of Spider-Man’s greatest threats in Superior Carnage #1!