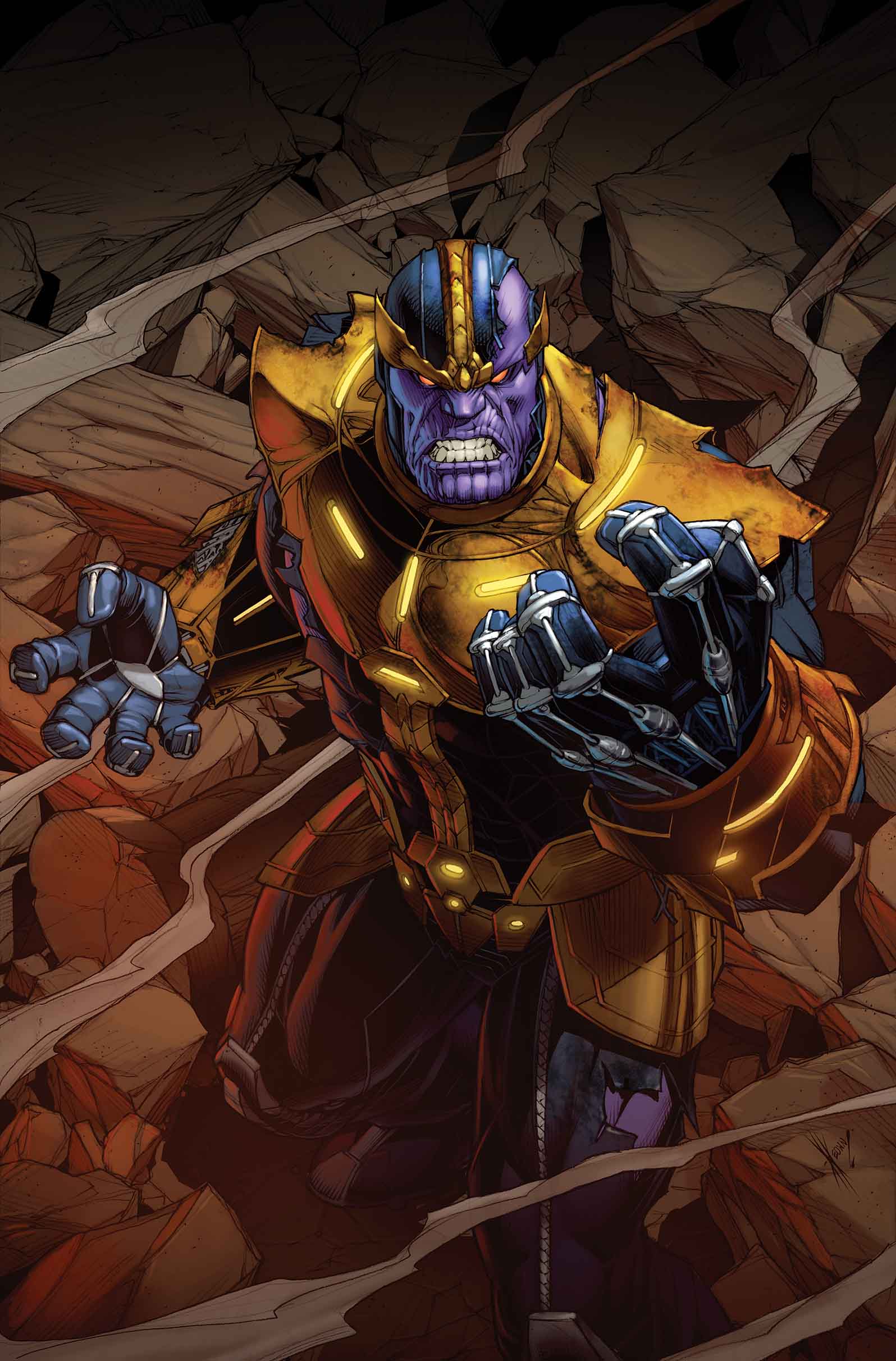 Marvel Comics has announced Thanos Annual #1, a precursor to the upcoming Thanos original graphic novel, will be written by Jim Starlin & penciled by Ron Lim. 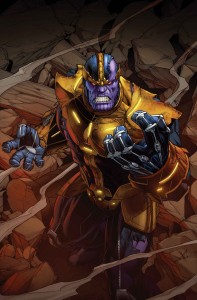 This May, experience an untold tale of the Mad Titan in the THANOS ANNUAL – written by legendary Thanos scribe Jim Starlin and drawn by Infinity Gauntlet artist Ron Lim!

Learn how a devastating defeat in Thanos’ past sets into motion cataclysmic events that cannot be undone. Facing his own demise, Thanos welcomes the afterlife – expected to be greeted by his one true love, Death. He was wrong. At the edge of his life, Thanos is greeted by the malicious Mephisto!

“Jim Starlin and Ron Lim, the team that brought you the classic ‘Infinity Gauntlet,’ are reuniting in ‘Thanos Annual’ to tell a brand-new story that paves the road to Starling’s upcoming ‘Thanos’ original graphic novel,” says Marvel Editor In Chief Axel Alonso. “If that’s not essential reading in a year when Marvel Comics is bridging the gap to the cosmos, I don’t know what is.”

But Mephisto is not alone. A mysterious being waits for the Mad Titan. A mysterious being who will take him on an unparalleled journey through space and time – providing Thanos with important glimpses into his future. His greatest triumphs, and his most crushing defeats. Now, Thanos must face down Mephisto, the Avengers, and even his future self if he is to prepare for what comes next! But can he?

Events set in motion in Thanos’ past will have devastating consequences in August’s upcoming Thanos: The Infinity Revelation original graphic novel! Don’t miss one minute of the action as the legendary team that brought you Infinity Gauntlet re-teams for the THANOS ANNUAL this May!