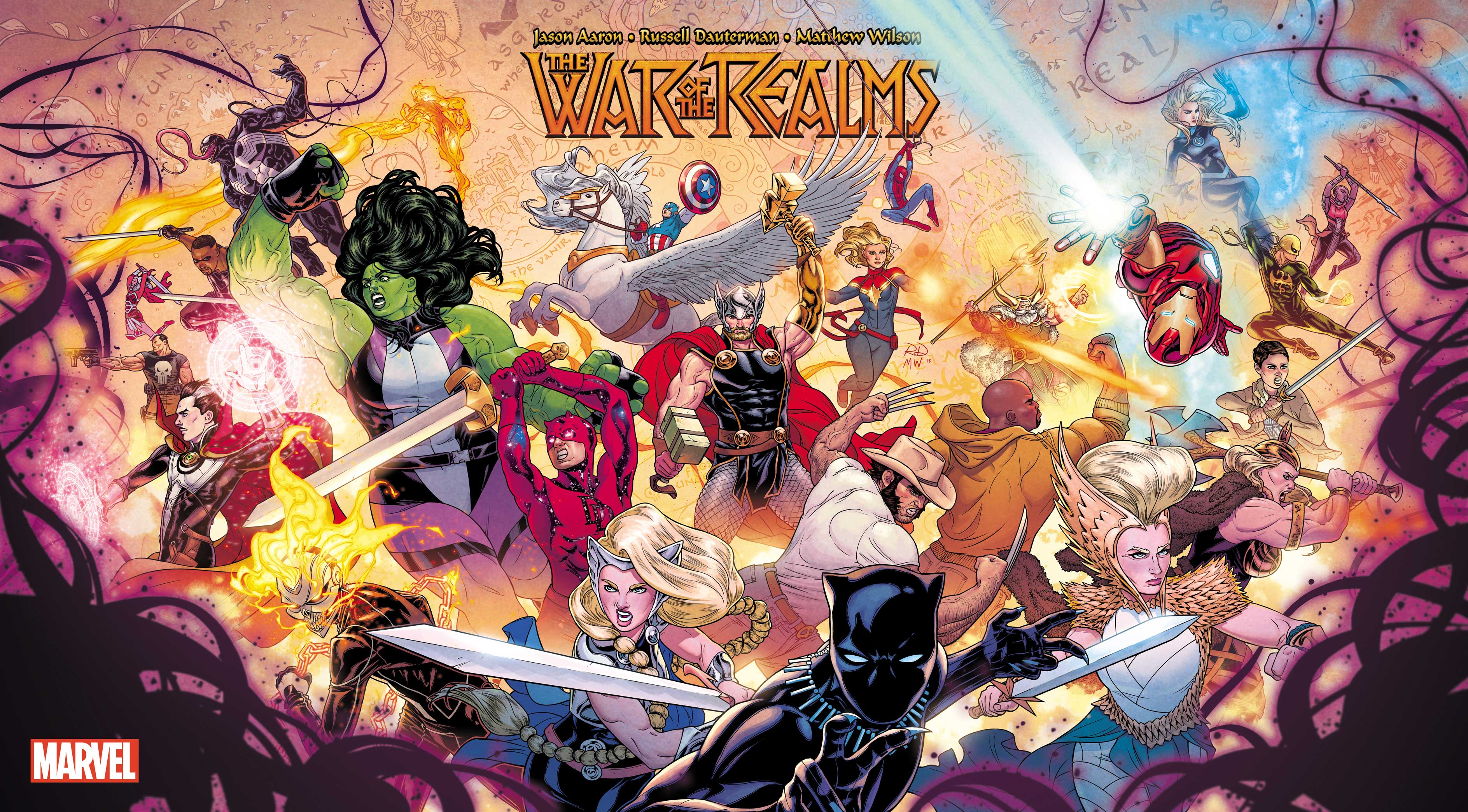 New York, NY—November 16, 2018—This April, the war that has exploded across the Ten Realms finally blasts into the last realm standing…ours.

WAR OF THE REALMS IS COMING!

Starting in April, the award-winning creative team of Jason Aaron, Russell Dauterman and Matthew Wilson will usher in an event of unparalleled scale! And like the mega-event Secret Wars, no corner of the Marvel Universe will be untouched!

“I have been building towards WAR OF THE REALMS for the entire duration of my Thor run. So we’re talking six years and 80-something issues and counting,” teased Jason Aaron. “This is a war that covers the entire globe and involves the biggest heroes of the Marvel Universe, as you can see in this amazing promo piece by my MIGHTY THOR collaborators, Russell Dauterman and Matthew Wilson, who I’m so thrilled to be working with again on WAR OF THE REALMS.”

For more about War of the Realms, check out Earth’s Mightiest Show on Marvel.com, and stay tuned for more information to come!