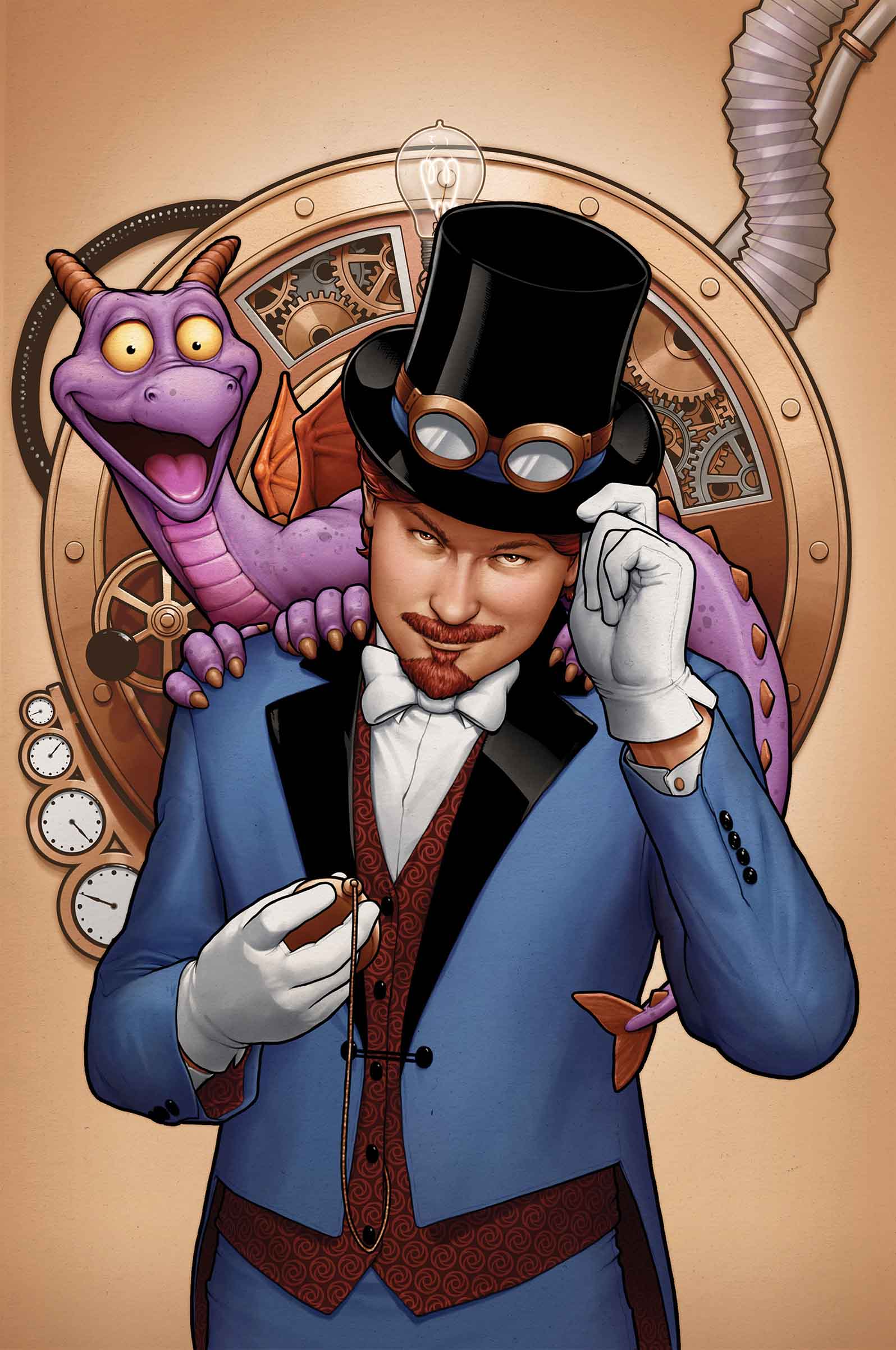 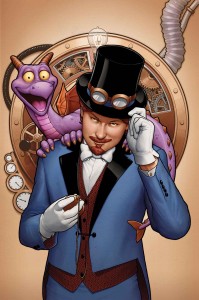 A mainstay of Walt Disney World’s Epcot® Theme Park, Figment and the enigmatic inventor Dreamfinder have captivated visitors of EPCOT’s Journey Into Imagination attraction for years and Marvel and Disney are proud to bring their exciting story to the masses this June!

“Can you imagine the never-before-revealed origin of one of Disney’s most creative characters? Can you picture a Marvel spin on the Epcot® Theme Park’s mind-expanding attraction, Journey Into Imagination? Have you ever wondered how the inventor known as Dreamfinder created a certain inquisitive purple dragon?” says editor Bill Rosemann. “Be prepared for all of these answers–not to mention amazing creatures, magical lands, and cool clockwork contraptions–in FIGMENT!”

“Expanding the story of Figment has been intimidating, but I’m genuinely enjoying it,” says writer Jim Zub in an interview with Marvel.com. “I want to do right by Disney fans and new readers alike, creating an entertaining story and that comes from working with engaging characters. Digging a bit deeper into Figment and Dreamfinder has been a fun challenge. In so many ways this story really is a ‘Journey Into Imagination’, in both word and deed.”

This summer, all it takes is one little spark to let your imagination take flight. Don’t miss the highly anticipated debut of the next title in the Disney Kingdoms family when FIGMENT hits comic shops this June!