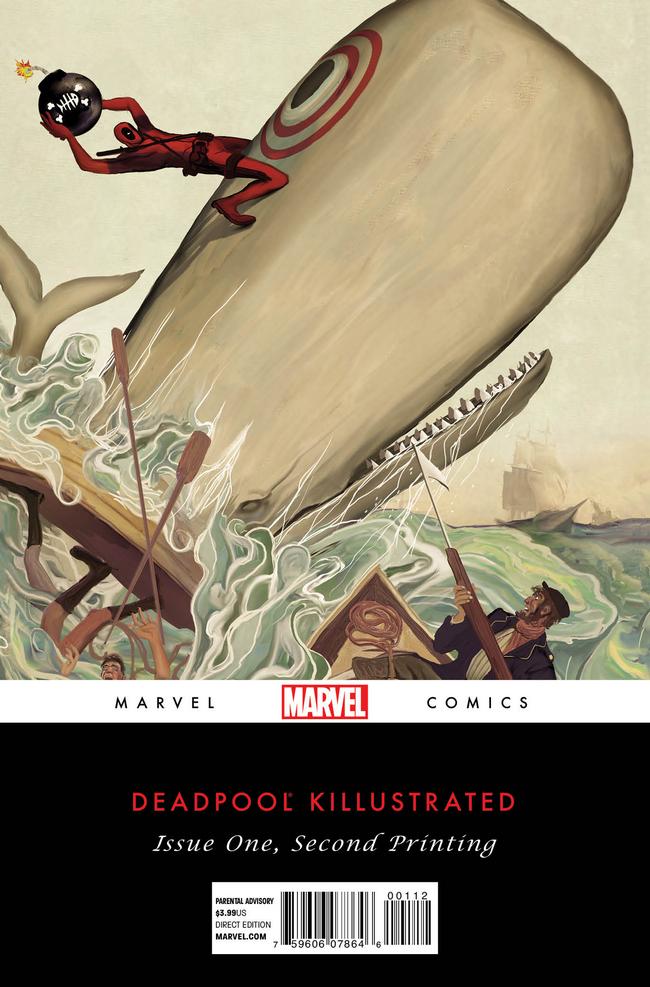 Marvel Comics has announced a second printing of Deadpool Killustrated #1, in stores February 27, 2013. 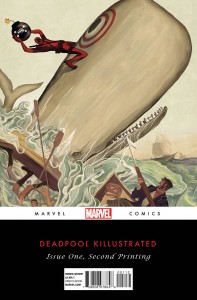 Marvel is pleased to announce that Deadpool Killustrated #1, from the hit creative team of Cullen Bunn and Matteo Lolli, has sold out (though copies may be available at a retail level) and will be headed back to press with Deadpool Killustrated #1 Second Printing Variant! He’s already killed every hero in the Marvel Universe, and now with his sights set on your favorite literary icons, Deadpool is just getting started! It’s the series that has every one demanding more, but don’t take our word for it!

“For everyone who snoozed your way through high school English class, you have a new savior.” – IGN.com

“Deadpool in 1850…going up against Moby Dick. Do I really need to say more?” – ComicVine.com

So what are you waiting for? Head on over to your comic shop and reserve yourself a copy of Deadpool Killustrated #1 Second Printing Variant before everyone’s favorite Merc with a Mouth runs out of literary icons to extinguish! And don’t forget to see Deadpool face off against Tom Sawyer in Deadpool Killustrated #2, also out next month!