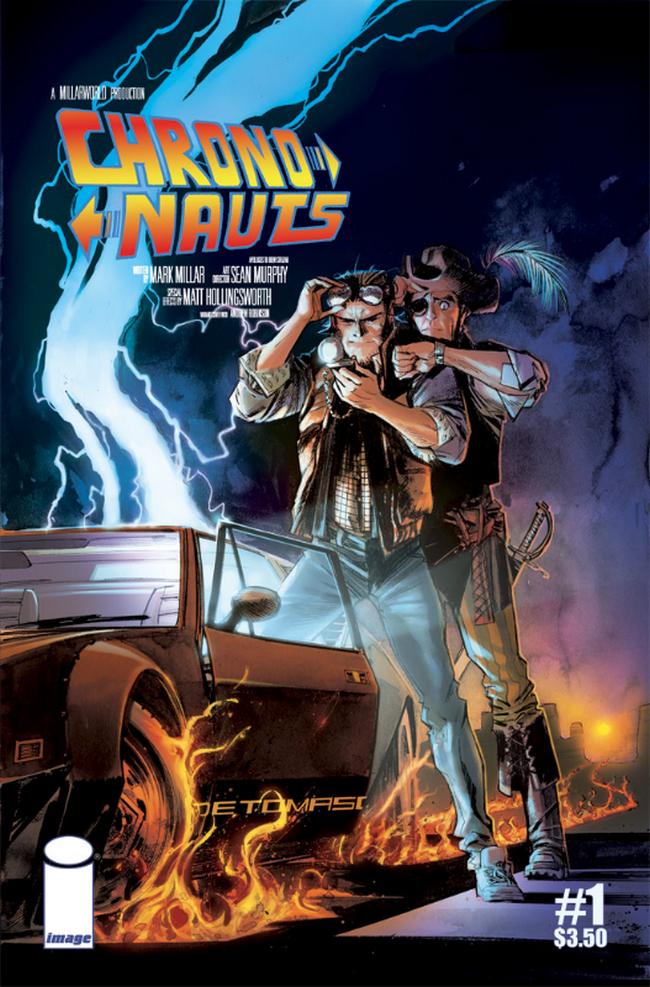 Following early praise and immediate critical acclaim for CHRONONAUTS, Universal Pictures has optioned the eons-spanning caper from Mark Millar and Sean Gordon Murphy. Chris Morgan (known for such films as Fast & Furious 6 and 47 Ronin) will produce under his Chris Morgan Productions banner. Millar and Murphy will be executive producers on the film.

Comic Book Resources calls CHRONONAUTS “a gorgeous-looking, fast-paced and fun team effort,” while Comic Vine raves, “This is a book you have to read. It’s a book you’re going to want to read. As soon as I read it, I had to stop everything to write up this review.”