The mother of all comics is taking a look at the most dramatic and eye catching covers for the week of August 27, 2014 on Cover Watch.

The list of cultural references to weapons ready under the table is endless.

The classic image of sharing a milkshake, priceless.

The combination of the two, with a dash of Marvel’s deadliest anti-heroes and a masthead that look it popped off a romance novel equals a gorgeous and fun cover. 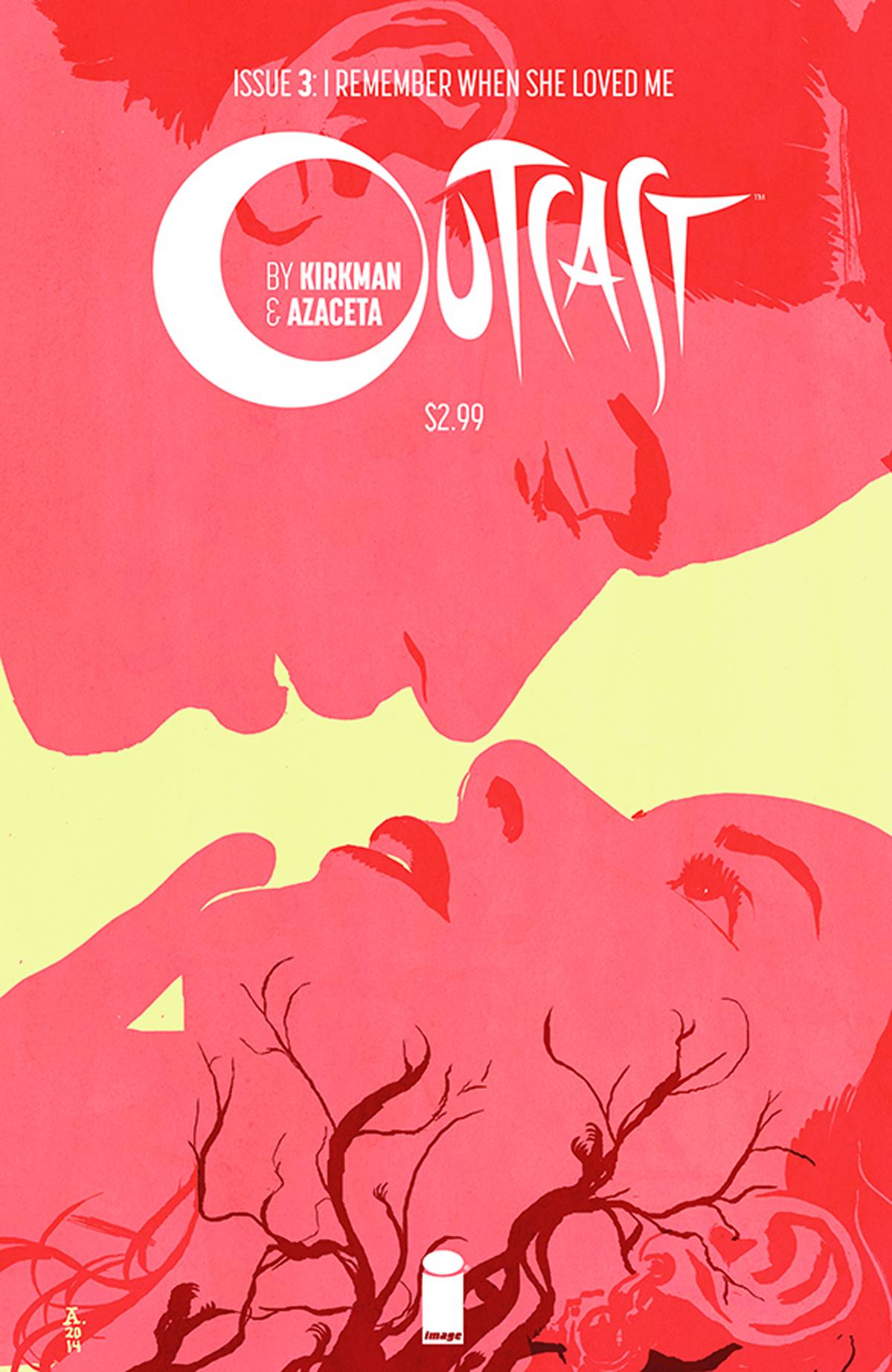 A little touch of noir, a little touch of horror in the trees and the red, maroon and yellow theme help this cover to feel different. While the image of a couple about to kiss is a classic, the color choices really help to create a sense of urgency and danger. The creeping trees let you know about the supernatural element to be found inside. 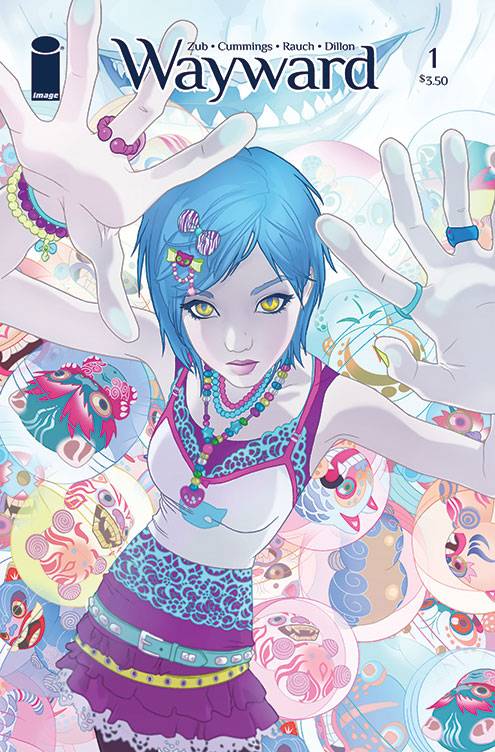 There are some interesting and fun variants for this new series. However, this is the gorgeous cover that screams from the stands, “BUY ME!” With plenty of pink, purple, yellow and teal there is a dynamic energy to this cover. The shape of the face, the downward perspective and patterned filled background could make the busy image becomes dizzying. Instead, it’s fun and alive. This manga fusion book sells a lot of the feeling inside with this variant.

The characters are layered on a cover that has movement and action without the typical action poses.

Instead of having someone launching themselves upward, Hulk finds himself arching backwards after being smacked by the Silver Surfer’s Tardis… I mean surfboard (don’t you just love the emerging personality found in an inanimate object?!)  Cosmic patterns help to place Doctor Strange just one more layer back as he occupies a small corner floating on an object much like the Surfer, except with shading more in line with the patterns around him. Also take a minute and notice the light that is reflecting off Hulk. It’s these tiny color details that make the image pop even more. 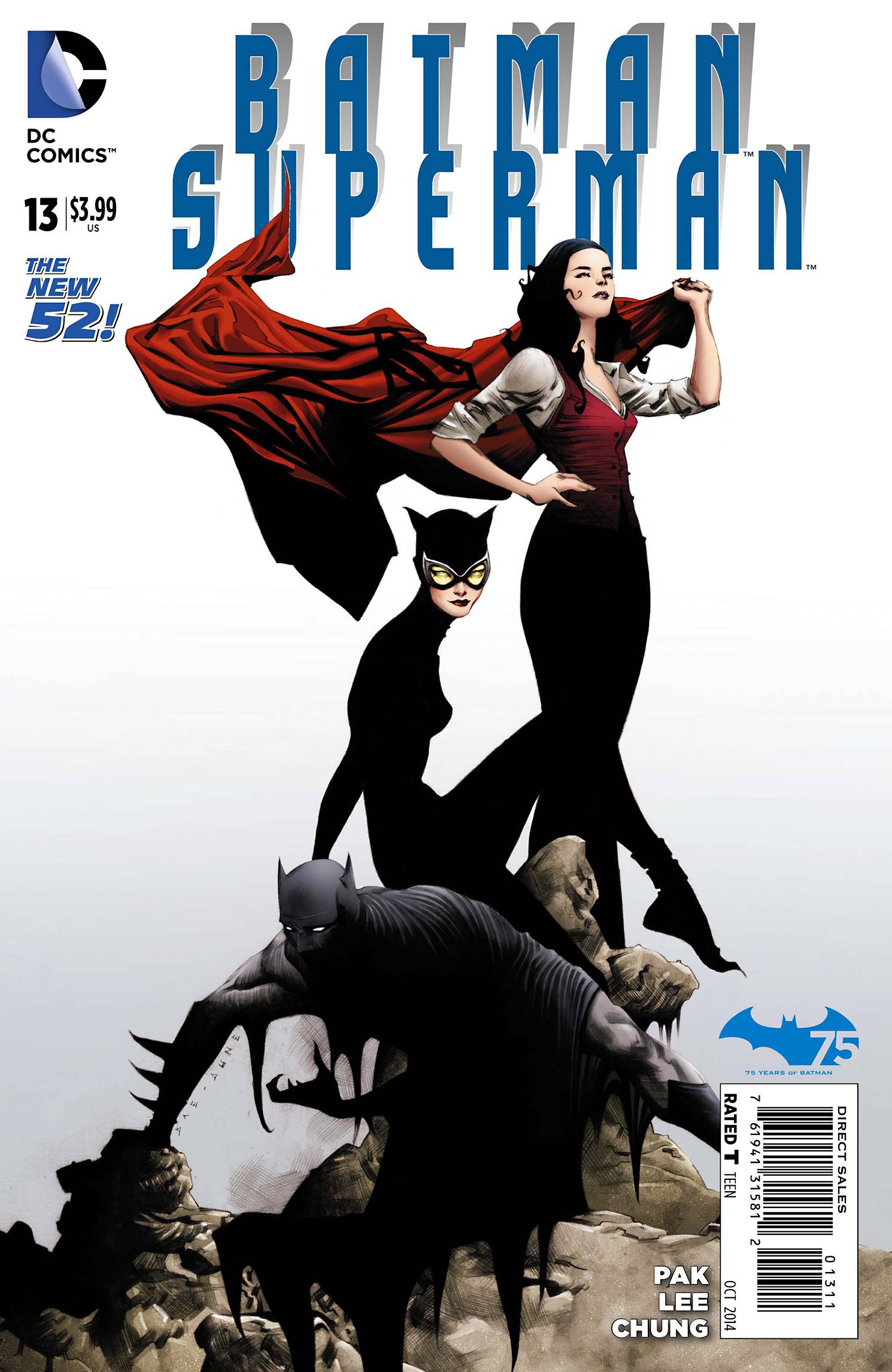 Could these ladies own this cover any more than they already do?

Lee turns his attention to the females in the center of Batman and Superman’s lives, reminiscent of some of the original cover layouts of the first issues of the series. Along with Batman and the cape from a missing Superman, they create a zigzag image back and forth across the center. It’s a beautiful balance and composition. The brush lines and patterns used as shading create depth and texture and softness.