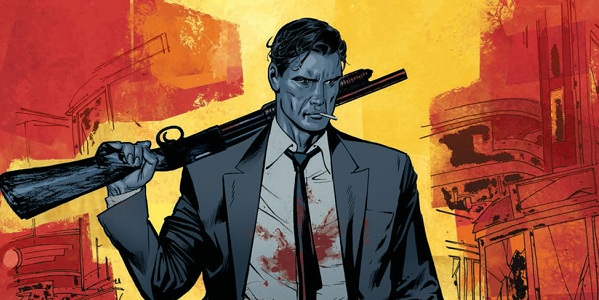 Here’s at the mother of all comics choices for the best covers for the week of December 18, 2013: 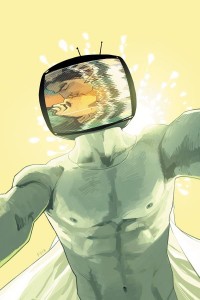 With soft pastels and a clean finish that seems to grab a hold of each of the covers of this series, it’s more the subject matter that grabs your attention.

Prince Robot IV’s face coupled with what is occurring stands out. It straddles a line between engrossing and creepy. 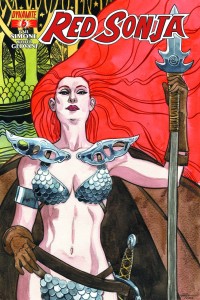 Red Sonja’s style moves up by a few hundred years to take on an almost art deco feel with this variant cover by Jill Thompson. The broad swath of colors boldly stand out against one another to create high contrast and interest, but are not out of realm of reality for each item. It’s a bold and dramatic look. 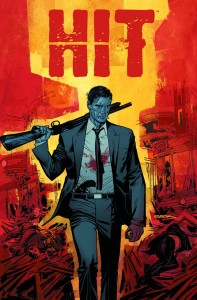 A hint of pulp, a splash of blood-red and great golden background is what makes this cover a hit…

Puns aside, this is the type of cover that grabs your eyes from off the shelf and you cannot turn away from it. It’s sad this is the last issue of the miniseries, because covers like this could grab plenty of new readers. 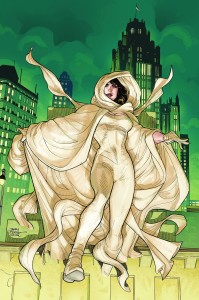 Another volume of Ghost is hitting the stands with Dodson’s take on her flowing hood and ethereal appearance that packs power. Dark skies provide high impact contrast. From pose to color, it all conveys power. 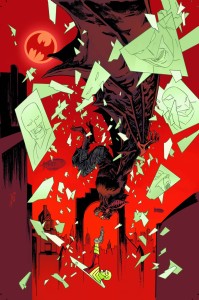 It’s a peek-a-boo from Mirror Master and Man-bat sized battle taking over the cover. The normally black sky is glowing red to grab your sight and tiny broken mirrors everywhere providing so much detail and action . Complete with a bat signal, it’s a great cover for this surprisingly intriguing tie-in to the big main event at DC Comics.