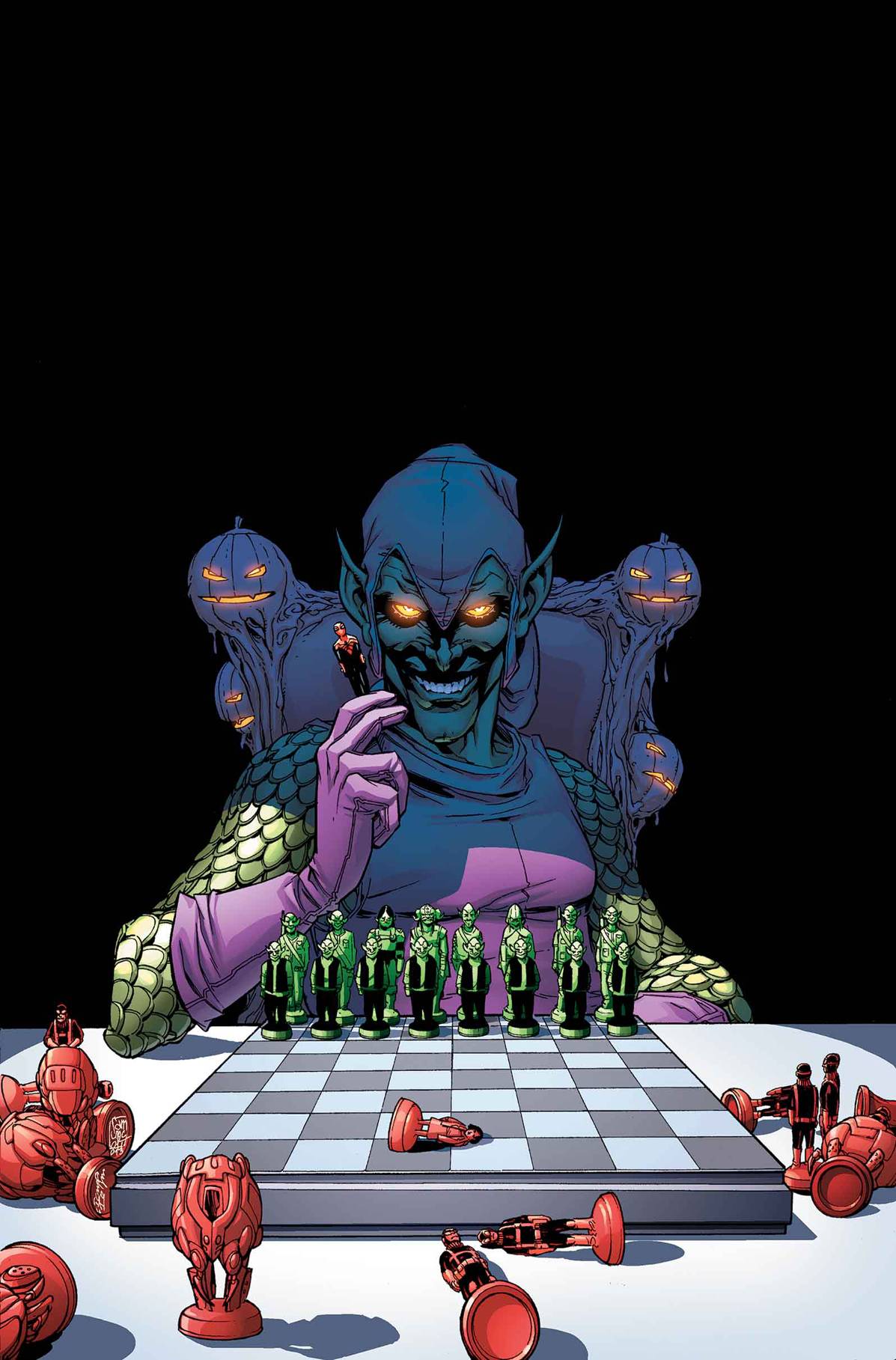 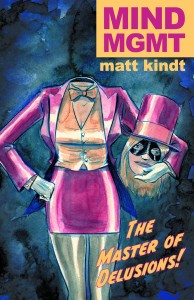 The whimsy on the cover from this series is what grabs you every single month. The decapitated magician’s head, along with the plastered mention of delusion, does not hurt either. Kindt has always had his own unique style that has won plenty of people over. This cover is unique in that it has a callback or a feeling of a mystery pulp book. It definitely brings a smile to your face. 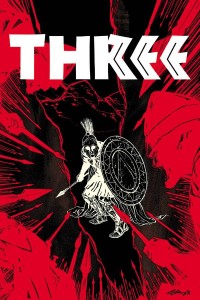 It’s a graphically strong bull’s-eye that draws you into this historical series. Rough lines in a sea of red along with an all-too-human center show how historical fiction does not always need to be presented in traditional manners. 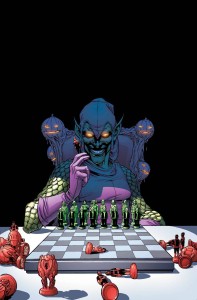 Oh, my beloved Anna Maria, laying there on the center of the chessboard and the Green Goblin lurking with the criminal smile overhead. In the history of Spider-Man, the covers have never been subtle when it comes to a death working within. However there’s been much speculation if such death lies within the pages of this issue. Whether or not it does, this cover entreats you to look inside and see if it’s true. 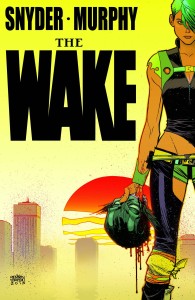 This is a high contrast cover that dreams are made of. With a solid yellow background, it’s something that anything can stand off of, scream at the eye, begging you to look at it. With this issue, we are finally introduced in full form  to the Waterworld dystopia that we’ve been promised the whole series. And our mystery protagonist graces the cover looking hotter than ever. 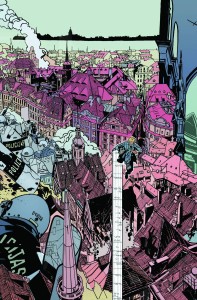 It’s a strongly highlighted cover in pastels with complex and intricate details that you want to just look at over and over again. Despite being a water-based series this cover does a great job of showing off this new Europe that our characters seem to find themselves visiting. The line of buildings are just ever so slightly diagonal. It’s enough to draw your eye across the cover without being too over-the-top or from an odd perspective. It’s a great piece that not only makes a beautiful comic book cover but would be a wonderful art print as well.