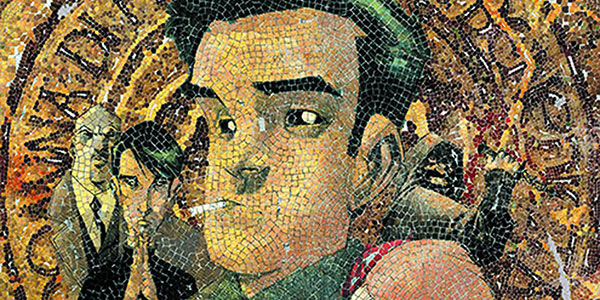 New Year, new covers… and picking out the pretty jewels that you’ll want to grace your walls. 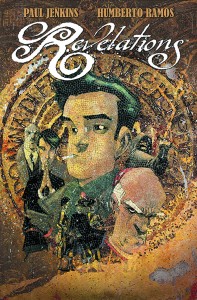 Don’t ruin it! If you know of some short-cut way that Humberto Ramos made this absolutely gorgeous mosaic styled cover, for the love of comics: DON’T TELL ME!

I’d rather prefer to think of him having to hand color the grout lines throughout the entire piece of these over-exaggerated characters.  Even without the mosaic affect, they look like they are jumping off the video game screen and into the comic book. No need to think about the possibility of Photoshop selection tools and special effects that can be put into place… heck, even if that is how this uniquely styled image is achieved, the way it is done, including the worn out cover is striking, unique and daring. 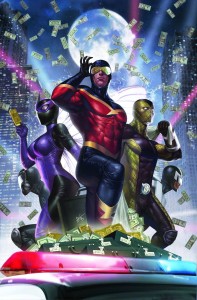 A rainstorm of cash, big city lights and police on their tail. Spidey’s big rivals are living the high-life of slick design on this latest cover of Superior Foes. This series has always had well crafted covers. This time around they take on a polished finish that  you expect a movie to be announced any second.

With a pointed pyramid build that points straight to where the masthead lies, provides a great reciprocal focus between art and necessary text. 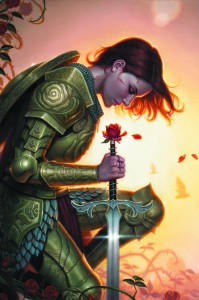 Be it a setting or rising sun on a new knight of Camelot, the back-glow here is gorgeous.

The final color work on this cover is breathtaking with the inlaid roses on the armor and the peddles coming off the handle. As Fables slowly moves toward its final issues this year, it’s starting off strong with a cover that is made to draw those from all corners in to find out what is going on inside. 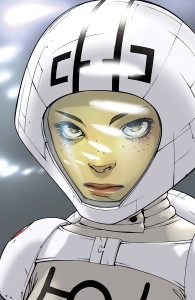 The soulful eyes of our teenage cop from the future immediately draw you into the latest cover of Rocket Girl. It’s one of those comics that has the same cover artist/color artist working on the cover that is working inside the pages of the book too. It gives the whole package a cohesiveness that hard for readers to turn down.

The lighted reflection off her helmet, the look of determination on her face; this is a character you want to be on the side of right, even if sometimes the clues lead her in other directions. 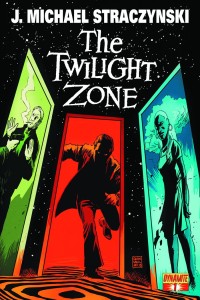 Many doors in space leading to unknown tales of the strange and unusual, “It is the middle ground between light and shadow, between science and superstition, and it lies between the pit of man’s fears and the summit of his knowledge. This is the dimension of imagination…” that Francavilla has tapped into.

He distinguishes the different stories with the alternate colors but keeping the familiar space background, as if to welcome us into Dynamite’s newest franchise with a slightly sinister twinkle that will either teach us or horrify us.