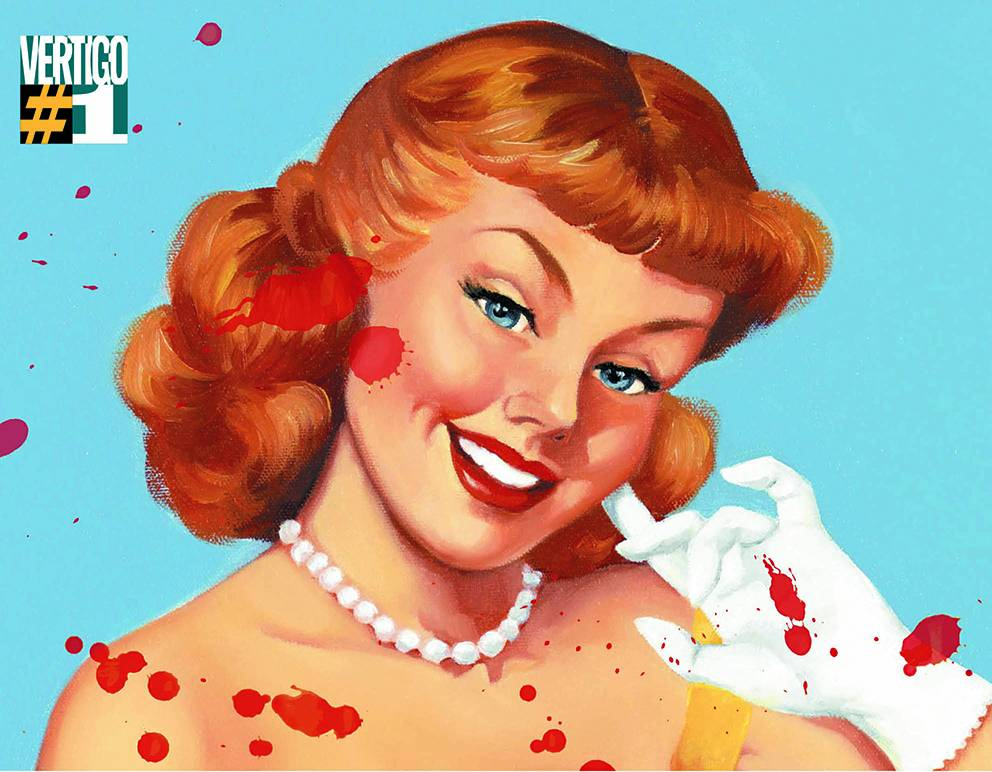 The mother of all comics is feeling a little nostalgic, bloody and fierce while hunting for the best covers for the fifth week of the month, July 30, 2014. 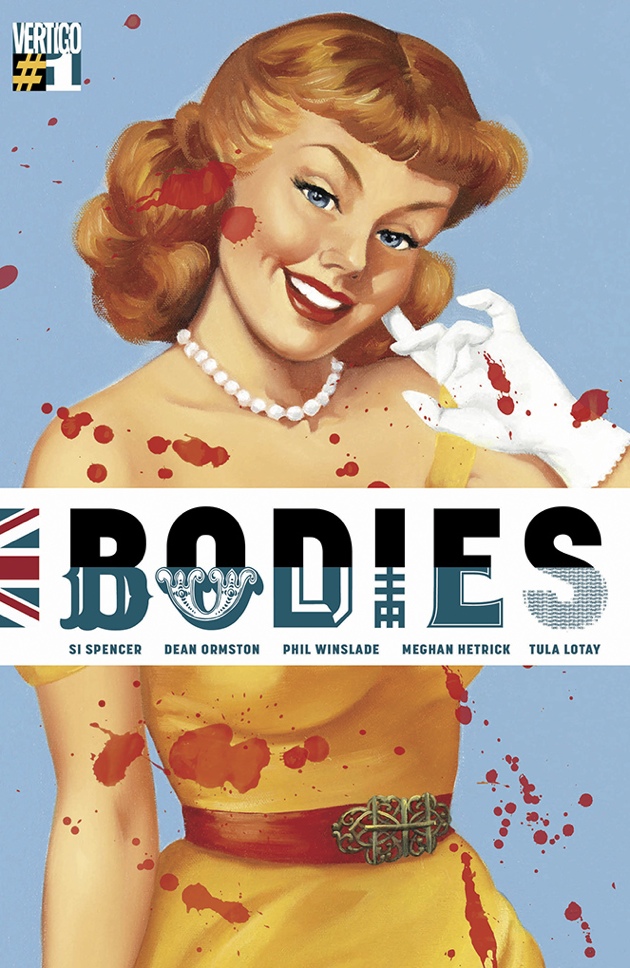 Fiona Stephenson is known for creating classic pin-up designs that feel like they could have existed in the heyday of artistically rendered calendar girls. Here she takes a more demure approach with a girl that could live next door or the newly married housewife. However, the effect of splattered, translucent blood on top of it all provides the creep factor needed for this series about the same dead body appearing in four different time periods. This just emphasizes how this book highlights different artists for each time period, by providing a a very talented fifth artist for the cover.

No matter how you feel when finishing this issue, there is one thing that is undeniable: this cover. The full painted image presented is science-fiction imagination fully realized on the page. A mixture of tech, myth and a dash of fashion create a unique image that is highlighted in reds and oranges, but made fully realized by the darker blues and black accents. There is no doubt that water and machine are critical to the story which looks to blow you away visually.

Hardman knows how to mix it all together to create a stunning image that takes your eyes straight down the page and put you at the very end of the blade. Between the masthead, Sonja’s hair and the blood there is also a great balance of reds throughout this cover against the grey and white snow. Her fierce look doesn’t hurt either.

Seriously, you see that grin and know that old devil is up-to no good. This cover issue is laid out like a movie poster, telling the main action story or scene that people are lining around the block to witness. Seriously, couldn’t you see this in a Marvel movie?!

There is so much more to this cover than meets the eye. Between the brilliant stars, the splashes of color that are arranged in an almost rainbow fashion and the full effect of seeing the entire wrap around image, there is beauty here. A cornucopia of facial expressions provide characterizations before you even open the book.