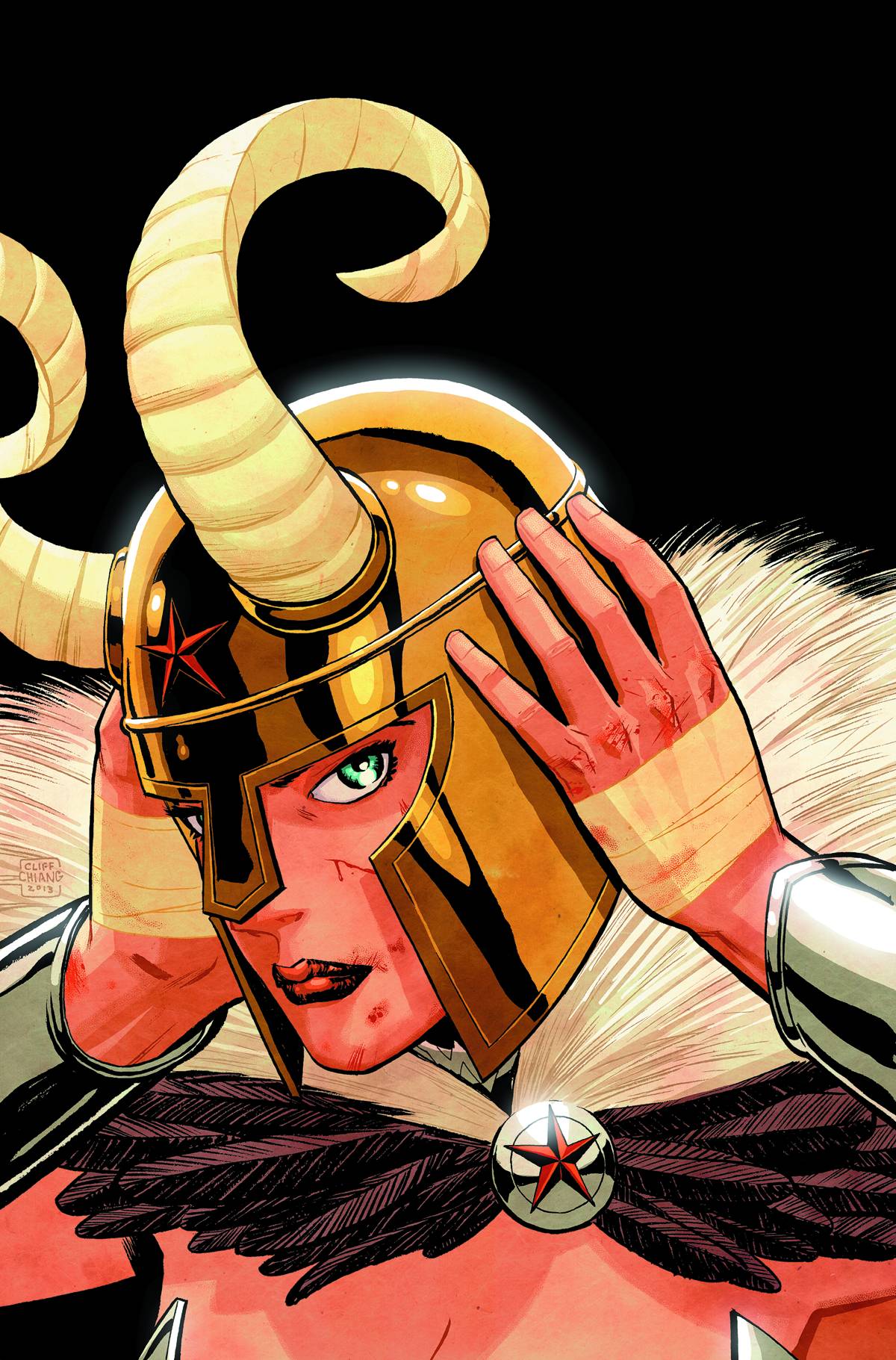 The mother of all comics takes a look at the haunting and mellow side of comic covers that work their way into your heart and soul, for the week of March 19, 2014. 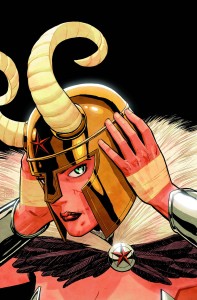 It’s time for Wonder Woman to take the helmet by the horns and get to work… or war. Once again Chiang has shown why he is the champion for this age of Diana. Against a black background, viewers focus on the slight tilt of her head, the light reflecting in her eye, and the look of determination it provides.

Chiang’s clean lines look simplistic but hide with them borderline realitistic flare to them that the Harvard Graduate is known for having.  It’s a style that is iconic now and almost owned by Wonder Woman that many do not want to see disappear from the book. 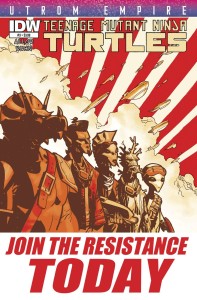 Fully admit, I’m a sucker for them. Especially when the colors are muted just the right amount and there is a clear historical reference to them. The swath of red lines is usually connected with Japan’s rising sun from World War II. However, with the tagline of “Join the Resistance Today” this science-fiction book is trying to apply a different feeling of a group trying to rise up and save it’s own. No matter what, the combination of oranges and reds against white and cream is a powerful and well done.

The duel purpose of the cover to Undertow is once again mastered. Technology reigning above and terror below the water, the comparison of light and dark, and the Atlantian’s “needed” suit set the serious tone.

The white waves create a great border between these two worlds. Trakhanov’s work has copious amount of inking. However, instead of combating or fighting with detail or the artwork, it creates stylized shadows and emotional tones of darkness that is perfect for this series.

With an almost 80s modern art nostalgia washing over the scene, you can’t help but keep staring at Del Rey’s cover. The rings of color originating out of the darkened eye socket give tipped feel between reality and surreal. The masthead also doesn’t fight the cover but works with the pattern so as to act as part of it, like some sort of handle in an off center magnifying glass piercing into the soul of grey skin and sad eyes.

Water colors of pink and orange own this cover of Five Ghosts. The first place the eye goes is where the horizon where the sky and water meet. From there you notice the dark colors that create the mast and simple raft.

The waves instead of cresting in froths of white are instead inked and dark, to go along with the setting sun. It feels like the journey has taken a more somber and contemplated mood. This “Lost Coastline” is sad and haunting all at once.