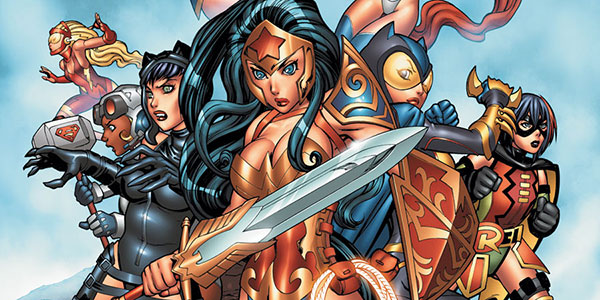 The Big Two are playing ping-pong this week on Mom’s Cover Watch, with a creator owned work playing in the intermission. Jessica Boyd has a look at the covers that are catching eyes this week for March 6, 2013. 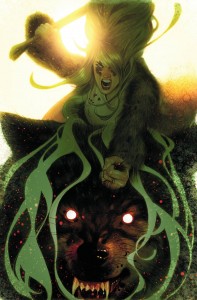 Rapunzel is not afraid to get a little fierce. Of course, none of the fairytale maidens of the Fables kingdoms seem to be afraid of anything.

That is proven once again with this month’s cover of Fairest. The covers of this arc have been drenched in dark hues and highlighted with golden colors.

Along with Hughes signatures style of female beauty, this cover seems to take on extra vibrancy with the look of attack and determination on the face of the princess who is catching a rather usual ride.

These are the kind of covers that could double as artwork you hang on the wall, which is always fun to own. 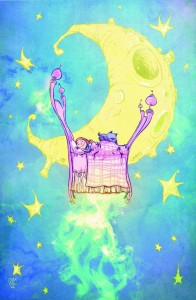 While enjoying her latest journey away from home, Dorothy is once again over it and ready to set foot back in Kansas.

Taking everyone through this dream-like trip has been the addictive cover art master himself, Skottie Young.

This final issue in the latest series features many pastels of blue for the night, that are usually reserved for a daytime sky, and pink hues covering Dorothy while she sleeps.

Young is one of the few artists that can tastefully pull off a cover of pastels. It can be tricky and turn many people off. However, it fits perfectly with this all ages title that both my children, and myself have been enjoying. 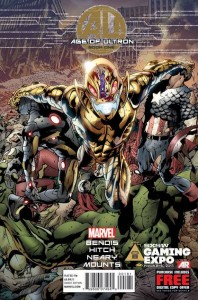 Who’s afraid of the 90s comic boom cycle coming back?

Too bad, it’s here, because that’s a FOIL COVER BABY!

Despite all of this, Hitch’s art is amazing to look at. 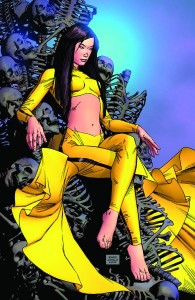 The ultimate revenge story is amping up the cover this month.

Epic Kill has always featured a stylistic approach to it’s covers. However, this month Raffaele Ienco has created high contrast with stylish shock-value with Song’s throne of bones.

Reminiscent of Kill Bill with the canary yellow suit, it’s large flowing ruffles create an even more dramatic and feminine look for Song.

Needless to say it reflects the darker turn for the character who is no longer seeking just revenge, but looking to rescue family now, too. 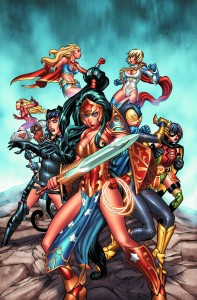 I’m not much into manga-style comics. The artwork, style… they normally do not appeal to me.

However, the Ame-Comi books, which borrow from the style, have been doing an awesome job of re-imagining the traditional DC characters.

Eduardo Francisco’s cover continues along these lines with this mass “group shot” of all the girls together.

Along with the unique styles, Francisco keeps the background neat and clean without over complicating the picture, giving us a clear view of everyone involved.

This adds to the appeal and visibility.