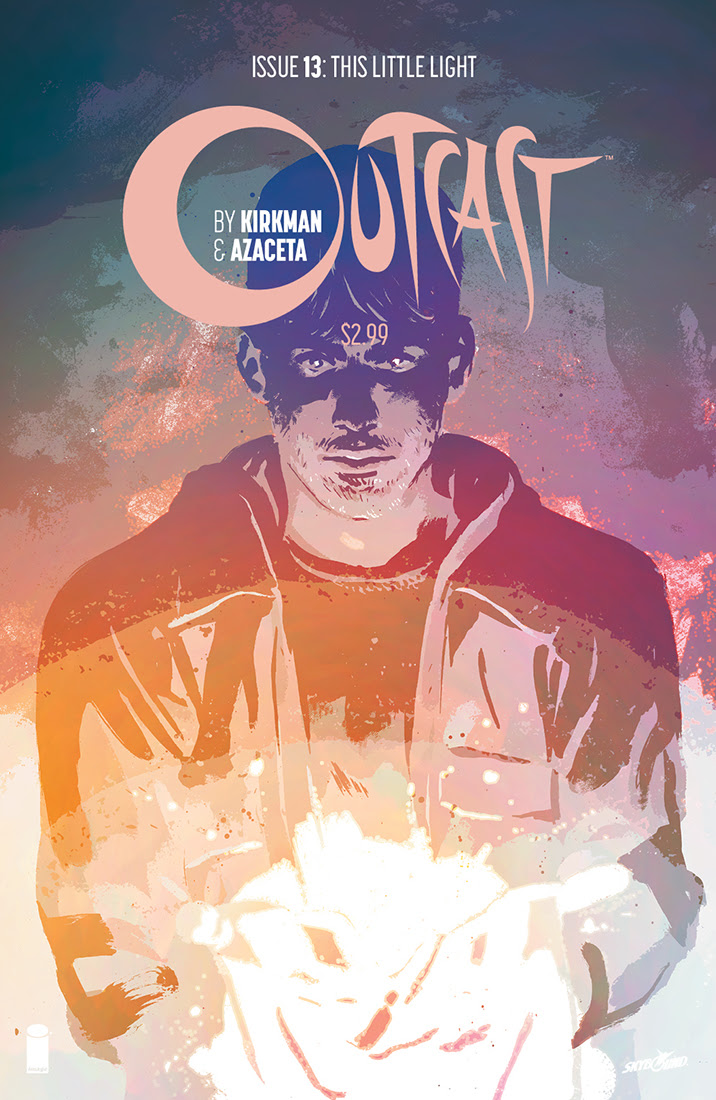 Previously in OUTCAST BY KIRKMAN & AZACETA, Kyle Barnes began to piece together clues about his strange abilities and plague of tragedies. He discovered a new sense of purpose, but also a growing concern for his ostensible partner Reverend Anderson.

In OUTCAST BY KIRKMAN & AZACETA #13, Kyle is faced with the most emotional exorcism yet as he begins to learn more about his abilities and what’s really going on around him.

“The first year or so of The Walking Dead and Invincible were spent building characters and the world around them before things really ramped up. Outcast is no different,” said Kirkman. “So far this series has set up a mythology that has a lot of mystery and intrigue. Well, now it’s time for answers! Starting with issue 13, we’re going to finally start peeling back the layers and show you more of what’s going on with Kyle Barnes, why these demons appear to be attracted to him and what it really means to be an Outcast.”