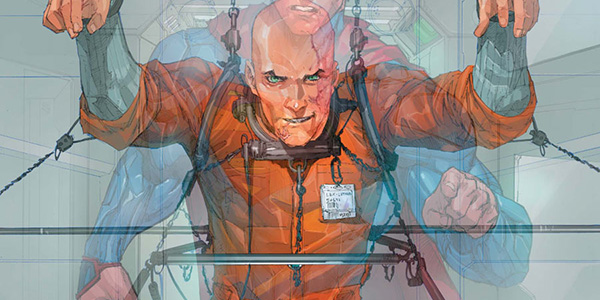 December is not traditionally a month comic companies can expect great gains, but 2012 was hardly a normal year. Unfortunately, with Marvel Comics’ relaunch of their core titles in full second month swing, the best DC could do, it seems, is keep its head down and keep plugging away, anticipating a new wave of titles for February 2013. That said, some books did spectacularly well, and DC still managed to eclipse a handful of Marvel’s #2 issues with a gaggle of their #15 issues, reinforcing the staying power of their core titles over a year after their own relaunch. 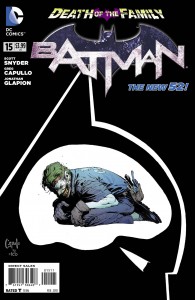 Death comes and everyone wins.

The “Death in the Family” crossover (or theme, as is probably a better description) running through the Bat-family books this winter is raising all the boats that dared to sail through its waters — even those who don’t seem to be doing it that well from a creative standpoint. From Catwoman to Suicide Squad, all the books that carried the Death masthead benefitted to the tune of anywhere between 30% and 60% better sales! Batgirl, arguably the most connected title to the core concept, has benefitted close to the most. The only question is, will any of this bounce be sustained past Batman #17, the end of the current storyline, for the ancillary titles? The experience of last year’s Night of the Owls would indicate no, but it’s worth keeping an eye on books that had an engagement with “Death in the Family” longer than a single issue. 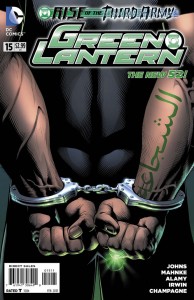 But our Army is at a stalemate.

Sadly, the ancillary Green Lantern titles, decent sellers all, are not seeing the same dramatic bounce from a thematic link to their core title’s grand scheme “The Third Army”. Green Lantern Corps, Green Lantern: New Guardians, and Red Lanterns have all returned to their September (pre-crossover) levels as of December after only around a 6-7% boost. Yes, those September numbers are slightly inflated already, due to increased orders for DC’s Zero Month, but the trend is toward restabilizing. Not bad, not good, pretty much just neutral — which is, in itself, a feat perhaps. The upside to crossovers that don’t demand you read every linked title to get a complete story (the experience of both the Bat and Green Lantern storylines at the moment) is you don’t annoy faithful readers. The downside is you may sacrifice a significant bounce factor when collectors decide they can take your wise advice and just “read what you want.” 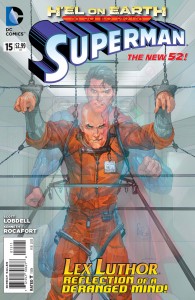 And Superman is finally bulletproof.

After over a year of steadily dropping sales and radical creative team changes, Superman seems to have finally found its level. Still selling higher than its pre-New 52 iteration, Superman has at last settled in to high mid-level status with the arrival of writer Scott Lobdell and artist Kenneth Rocafort. The Man of Steel should be DC’s top seller, you say? Regrettably, it’s been many many years since that was a reality, with Big Blue being overshadowed pretty consistently by his friend with the cape and cowl. But with Scott Snyder (who currently pens DC’s top selling book) and superstar artist Jim Lee starting up a brand new, as of yet untitled ongoing series this summer starring the Last Son of Krypton, I wouldn’t be surprised if we see the tables turned for once. 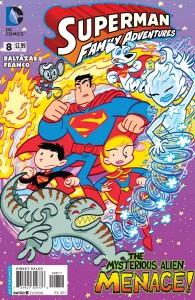 As we say goodbye…

…start waiting for the other shoe.

We’ve already seen the sad news about the April cancellation of Superman Family Adventures, I, Vampire, Saucer Country, and DC Universe Presents, the first two’s enormous critical success unfortunately not enough to offset their ongoing depressingly low sales. I enjoyed all of these books tremendously, but it seems I was in a significant minority.

One observation that can be made about the next five non-cancelled books (that don’t feature a major character in February’s upcoming Justice League of America, that is), is not how low their sales are, but rather how fast they’ve fallen in a relatively short period of time. To have two books just launched in September fall below the mythical 16,000 line does not bode well for an extended stay in the New 52 for Amethyst and Team 7. While The Fury of Firestorm The Nuclear Men has recently (October 2012) gotten a new writer in Dan Jurgens, I have to worry about any book selling less than half the books cancelled and/or ending this very month.

Also, check out our December 2012 NUMBERS GAME analysis for Marvel Comics and Independents.