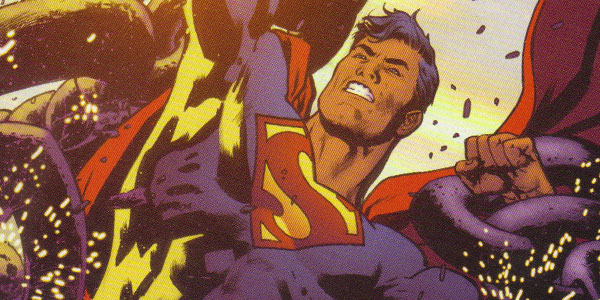 May saw DC Comics recuperate a bit of its market share after April’s massive gap between them and Marvel, spurred on by… nothing too significant. What this demonstrates is that market share is not nearly as important as the bottom line dollars, which continue to show massive gains — up 22% — against the market of a decade ago. For DC, this is a particularly important metric, as it was eleven years ago Dan DiDio joined the company and nine years ago he was promoted to Executive Editor. Results like these reflect positively on the co-publisher, no matter what online controversies tend to swirl around his head.

Looking back at 2003, we see a lot of the same marquee titles taking center stage at DC, but selling a lot less in most instances back then, with the exception of Batman (DC was just starting the Jeph Loeb/Jim Lee Hush storyline) at the high end and Green Arrow (Judd Winick’s first issue post-Brad Meltzer’s run) at the low. So, how are sales going now for DC’s top tier properties — and just how do we know which ones they are, anyway? 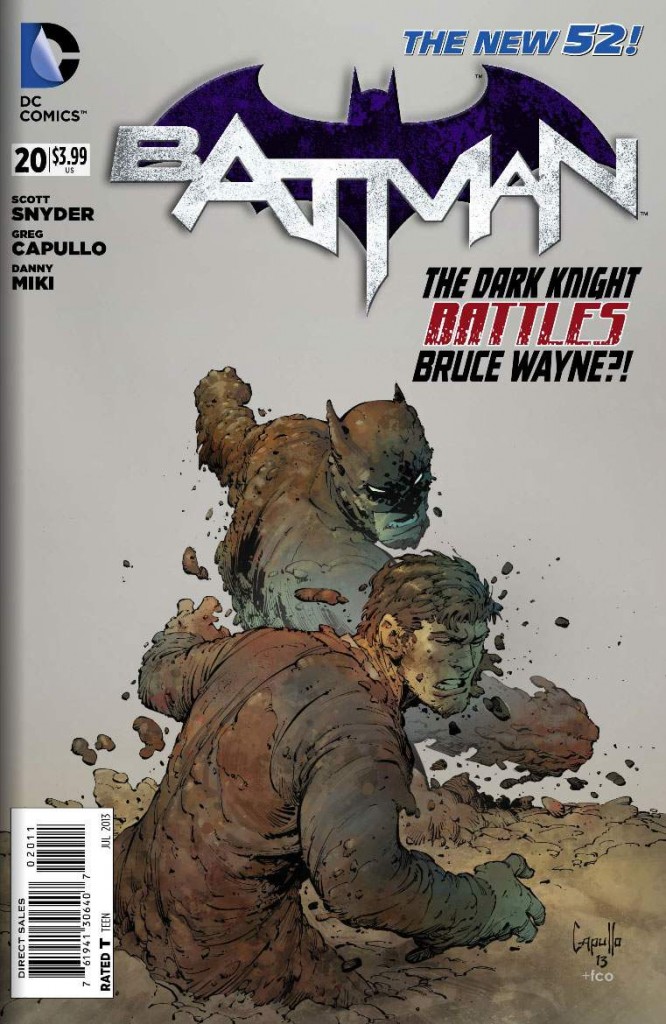 Aside from monthly sales, the round-up of September’s Villains Month titles gives us a very clear picture of what books DC is putting all their faith into to succeed. With sixteen specials representing the four core Batman books, eight for the two core Superman titles, and a whopping ten specials across the Justice League family, there’s no question where DC is buttering its bread. With one or two specials a piece for solid sellers Earth 2, Wonder Woman, Teen Titans, and Aquaman, it’s not a full sweep, but the publishing pattern is pretty clear.

What’s most surprising is the commitment that month to even one special for fairly mediocre sellers Green Arrow and Swamp Thing, which can only indicate — at least in the former’s case — that DC is not immune to cross-promotion. Given the success of the Arrow television show, the publishing arm isn’t about to let Ollie Queen fade into obscurity. Thankfully, in that case, they’re putting the brilliant creative team of Jeff Lemire and Andrea Sorrentino where their mouth is. 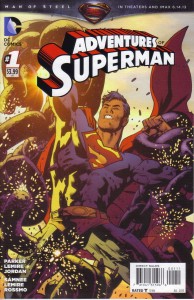 Those Other Big Names.

I’ve focused a lot on Injustice: Gods Among Us these past few months, and with good reason. Not only does the title increase its monthly print sales every single month, but it also sells higher than 11 (non-cancelled) New 52 ongoing titles — all after what we can surmise are significant profits in the digital market. But Injustice isn’t alone, as DC is focusing its efforts for digital first material in the same pattern as for print-first: 4 Batman titles (with a fifth soon to be added, Batman ’66, in July), 2 Superman titles, 2 Justice League titles, and that same odd man out: Green Arrow.

Why is this significant? Because the long-standing proposition by fans is that the digital platform could be a new atmosphere for books that under-perform in the print market. What we’ve slowly discovered, however, is that the same interests and attractions drive digital customers as those to your local comic shop. The better a character or title performs in print, the better it performs digitally. Therefore, I wouldn’t be at all surprised to see an anthology title along the lines of Adventures of Superman arrive for the Justice League soon enough, but I suspect we’ll be waiting awhile for less popular characters to get their shot in this format. 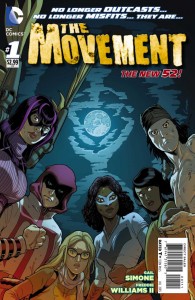 To DC’s credit, they do continue to try new things with their New 52 line, launching two new titles in May, with four more to come next month — although all of those have ties to the company’s marquee properties. We’ll be keeping a close eye on both The Movement and The Green Team these first few months in the hopes that high profile creators (Gail Simone and Art and Franco, respectively) will hold off the rapid attrition we’ve seen in February’s Justice League of America spin-offs Katana and Vibe.

In better news, March’s launch of the Constantine title has led to somewhat solid numbers so far, as the title is poised to tie into July and August’s Trinity War crossover in the Justice League titles. All signs point to Constantine selling upwards of three times as many copies monthly as the cancelled Hellblazer series that preceded it, a definite win for DC Comics as they continue to bolster their Dark line with longtime Vertigo mainstays.