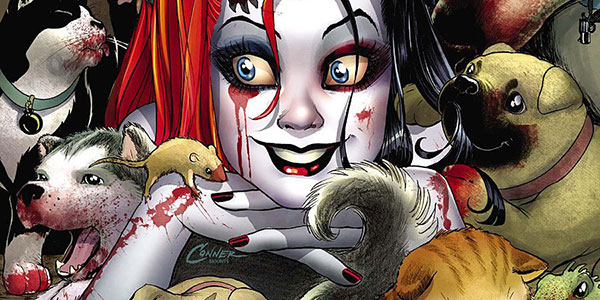 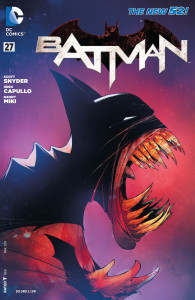 Comic sales have been steadily declining since September of 2013, so it isn’t really a surprise that January was lower than December. Summer and fall always bring a resurgence in the market, so I expect the sales numbers to rise in the coming months. The new year is always a tough time in comics, and the fact that only one title managed to break the 6 figure mark is telling. Batman maintains its position as the top title at DC (and probably top regular series in comics), and Detective Comics #27 got a big boost from history, and a bunch of top creators. Marvel did have a solid month in January, managing to beat DC (quite handily) in both overall unit and overall dollar share. 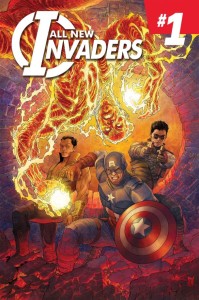 Including Avengers World, Marvel had a total of 6 new titles launch this month (though the inclusion of Miracleman could be considered a stretch). It seems to be the way of Marvel NOW, to constantly refresh the title base, and given their sales success this month, it does seem to work. The primary downfall is that it usually isn’t sustainable. The vast majority of titles lose 30-40% (if not more) of their sales between issue #1 and #2, so while Marvel looks good this month, there will be thousands of issues missing from next month’s sales (unless they plan on doing another big launch every month). The important thing for Marvel is that these are solid (if unspectacular) numbers that are possible to maintain monthly, provided it is a quality title.

It’s an Avengers World (we just read it) 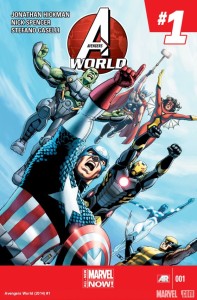 The Avengers drive the Marvel universe these days. Avengers World #1 was the top selling Marvel book for this month, but it’s rare that we get to see the second issue drop until the next month. Well, thanks to the wonders of double-shipping, we get to see that Avengers World lost around 39% of its sales between issues #1 and #2. This is certainly a common occurrence in comics, and it’s interesting to see it happen so fast. Marvel is putting a big push on the Avengers these days, with a grand total of 9 comics (not including double-shipping) with Avengers (or A+X as it were) in the title. Avengers World, Avengers, Uncanny Avengers, Mighty Avengers, Young Avengers, Avengers Assemble, Secret Avengers, Avengers AI, A+X; that is an impressive line-up of titles, and it is quite apparent where Marvel feels the strength of their universe is. The X-Men line is certainly close, but they have more fringe titles than the Avengers do. 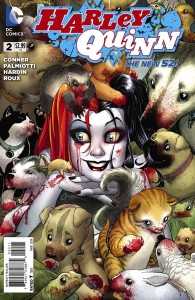 Falling in love with Harley Quinn

Harley Quinn is stepping out of the shadow of the Joker, and doing it in a pretty impressive way. The sales on the #0 issue were spectacular, issue #1 was a great follow up, and issue #2 had a drop of about 28%, which is still above average. The current numbers are at a level that a character this popular should be able to maintain, but it will be interesting to watch over the next few months. Certainly, the character’s pedigree and association with the Batman titles can’t hurt, but it definitely seems like DC has a winner on their hands with Harley Quinn. 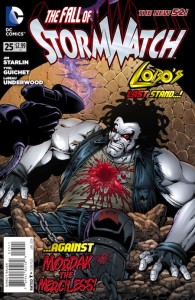 Stormwatch will be ending as of issue #30, so this is a bit of a moot point, but I felt that it was interesting to note the depths that DC allowed this title to fall. Stormwatch is nearly the lowest selling of all of the Big 2 mainstream comic releases. It is the last of the Wildstorm related titles, which perhaps is one of the reasons it was allowed to reach these levels, but it’s pretty tough when you are bringing up the rear of the DC 52 to keep getting published. These numbers are consistent with independent titles with much less marketing support behind them. Most titles continue to lose sales on a monthly basis, but at a certain point you expect it to stabilize. The question for Stormwatch is, how low can it go before issue #30 comes. And will we see an uptick in sales for issue #30 given that they are introducing a new artist to DC (one that was discovered in the Harley Quinn art contest). It’s an odd choice to introduce a new artist in a final issue, but good practice nonetheless. 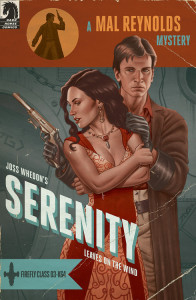 Firefly is one of the most popular sci-fi series around…now. Back in 2002, it didn’t even make it through one season on tv. Fast forward to 2005, and Serenity #1 was released by Dark Horse to solid numbers. A little while after that, the initial mini-series, Those Left Behind becomes one of the most popular collected editions of the year. Here we are in 2014, Serenity has had a few more mini-series and one-shots, and the sales are in the top 30 overall for this new title. Comics have proven to be a great place for series to continue after their runs on television (look no further than another Whedon great, Buffy the Vampire Slayer), so ultimately it’s no surprise to see Serenity still going strong.

Special thanks to Comichron for providing the best resource on the internet for comic sales numbers!