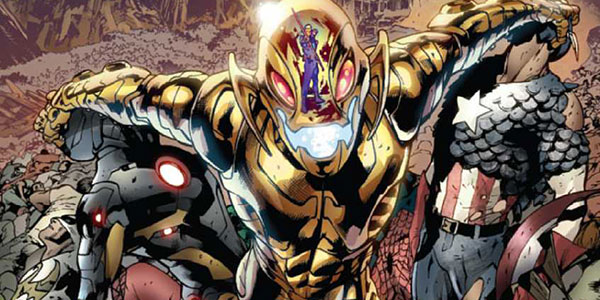 There are two ways to look at the overall numbers for March — either Marvel had a GREAT month, or that DC had a terrible one.  I’m more inclined to side with the notion that Marvel had a great, slightly lucky, month.  Marvel completely took over the month with overall units (43.78% compared to DC’s 29.88%) and also share of overall dollars (39.96%  compared to DC’s 27.09%), but was the benefactor of good timing.  Guardians of the Galaxy and Age of Ultron had almost no competition as the only notable number #1 to come from the distinguished competition in March was Constantine and the next best selling crossover of the month was another Marvel title in X-Termination.

(all +/- are based off of the previous month/issue’s number) 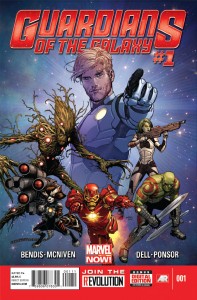 Bendis > Everyone else (sales-wise)

Now here’s a stat that should turn a few heads. In March, Brian Michael Bendis had more top 20 titles by himself than DC did as a company (7 versus 6). Granted, the month is a bit misleading due to the ridiculous shipping schedule of Age of Ultron, but even so each issue sold 100k+. Also its worth mentioning that Age of Ultron will probably drop under 100k in the next few issues, expect a fairly large uptick once Neil Gaiman comes aboard for the ending.

Is there more to this than meets the eye? I don’t think so. It’s a fluke thing where one company has a very strong month, while the other is staying course.

Bendis should be given credit for bring the X-universe back to the forefront. They have had some strong stories and crossover in the past few years, but the universe has never been this fun to read on a monthly basis. The singular vision that Bendis brings to them has really paid off and the fans can’t get enough of it. 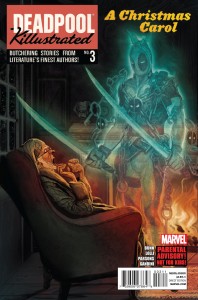 The Year of Deadpool

Even though the concept is ridiculous, it’s a trend I hope that continues. Deadpool Killustrated proves that they don’t need an in-continuity story meshing with five other titles to be successful — people just want Deadpool being Deadpool. This isn’t the first Deadpool vs. title, but it definitely looked like the hardest sell.

While the trend will most likely lean more towards *insert random hero* vs., the success of Deadpool shows that people want GOOD/FUN stories and continuity can be glossed over. 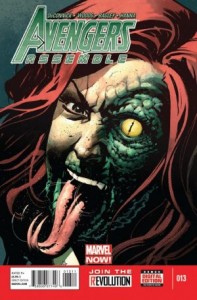 Avengers Assemble was a strong concept when it was first released, to be closer to the movie version of The Avengers and have an easy to read, streamlined version of the team. Something about the title just isn’t clicking with the comic book fanbase, as the title has dropped dramatically since it’s release last year. The series even had appearances by Thanos and the Guardians and the Galaxy, but nothing seemed to stop the bleeding.

With Avengers 2 still a few years away, I don’t imagine them keeping this series afloat until then to capture the movie audience again. 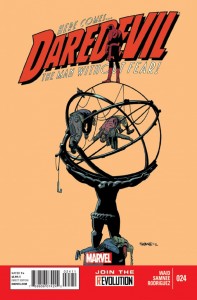 One of the most impressive shows of consistency in all of comicdom. The series is as bare bones as you can get out of the Big Two.

Daredevil wasn’t part of the Marvel NOW reboot and kept its previous numbering, albeit it was rebooted slightly earlier, and avoided being apart of any major crossovers. Mark Waid has been able to tell his own stories in a (relatively) self-contained universe and it has been appreciated by fans and critics alike. It’s a shame the series hasn’t been able to gain more readers, but since an ongoing is ‘expected’ to shed 3-4% every month Daredevil is a success in it’s ability to buck that trend.