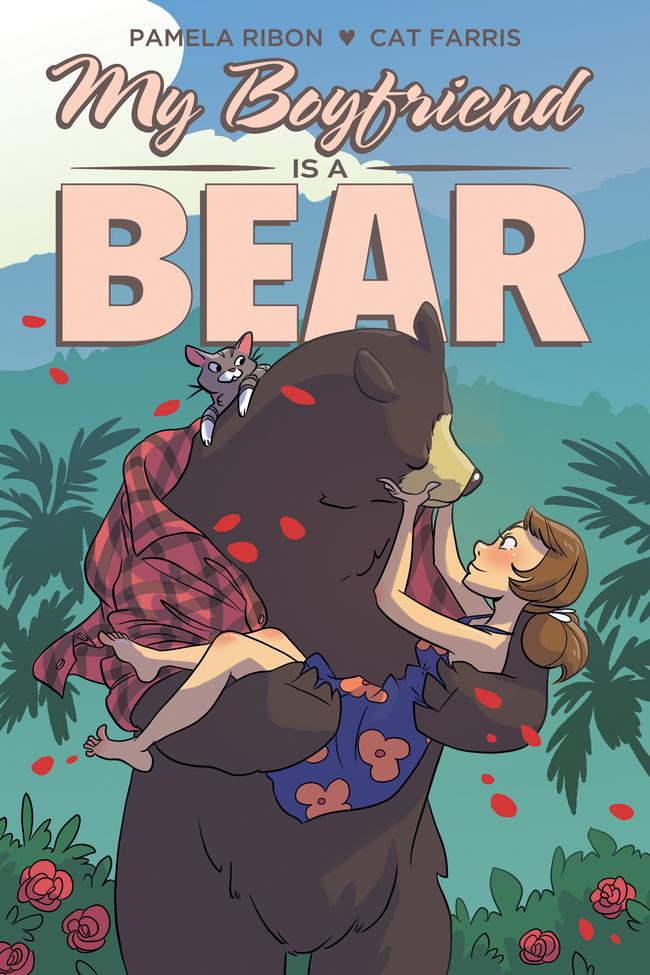 Aug. 25, 2017, (Portland, OR)—Oni Press is proud to publish more books that will expand the perspective of its readers, with five new titles to release Spring 2018 including: The Altered History of Willow Sparks by Tara O’Connor, Archival Quality by Ivy Noelle Weir and Steenz, Sci-Fu by Yehudi Mercado, Dead Weight: Murder at Camp Bloom by Terry Blas, Molly Muldoon, and Matthew Seely, and My Boyfriend is a Bear by Pamela Ribon and Cat Farris.

“We are very proud to be publishing this incredible lineup of original graphic novels,” said Oni Press Managing editor, Ari Yarwood. “All of these talented authors have a strong creative viewpoint that we wanted to showcase, and we hope readers will love these stories as much as we do.” 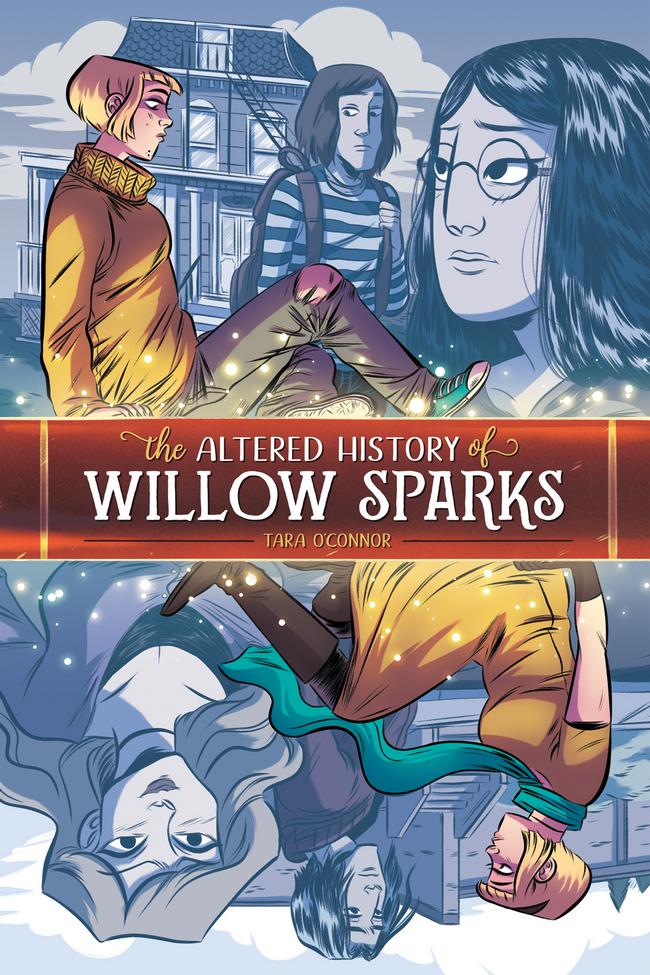 What happens when you can finally get everything you ever wanted? Willow Sparks and her best friend Georgia Pratt are at the bottom of the social ladder at Twin Pines High School, just trying to get through each day relatively unscathed. But when Willow finds a mysterious book that allows her to literally change her life, it feels like her luck is finally turning. As she becomes more and more popular with each entry into the book, her old life, including her friendship with Georgia, seems miles away. Yet as Willow will discover, every action has a reaction, and the future has unusual—even dangerous—ways of protecting itself.

“The Altered History of Willow Sparks is for anyone who ever wanted to be the someone they’re not. For anyone who ever sought acceptance from others, and didn’t realize they already had that acceptance with the ones who mattered most,” said O’Connor. “I hope to share this with all ages—to reminisce, to teach, and to remind everyone to cherish their friends.”

Tara O’Connor is a New Jersey-based cartoonist. She is the author of Roots, which will be available September 2017 from IDW Publishing’s Top Shelf imprint. This her first graphic novel with Oni Press. 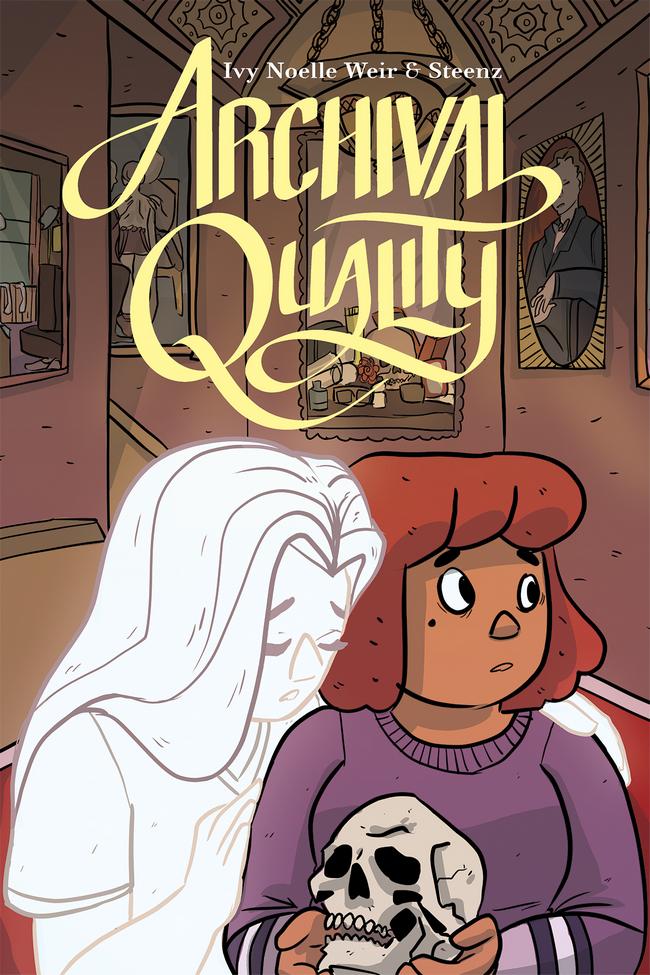 After losing her job at the library, Celeste Walden starts working at the haunting Logan Museum as an archivist. But the job may not be the second chance she was hoping for, and she finds herself confronting her mental health, her relationships, and before long, her grasp on reality as she begins to dream of a young woman she’s never met, but feels strangely drawn to. Especially after she asks Cel for help…

As Cel attempts to learn more about the woman, she begins losing time, misplacing things, passing out—the job is becoming dangerous, but she can’t let go of this mysterious woman. Who is she? Why is she so fixated on Cel? And does Cel have the power to save her when she’s still trying to save herself?

“We’re giving you ghosts, shoujo romance, humor, and morose atmosphere,” said Steenz. “I also think Archival Quality is going to be a welcome read for those who believe that not only white people have adventures. What more could you really want?”

“I’m excited to be offering readers a story about growing up, relationships, and mental health that is equal parts scary, heartfelt, and funny,” said Weir, . “I hope this book will appeal just as much to fans of ghost stories as it will to fans of shoujo manga.”

Philadelphia-based writer Ivy Noelle Weir and St. Louis-based illustrator Steenz have collaborated on numerous comics projects together including a short for the series Princeless. Steenz’s artwork has been featured in the critically acclaimed and award-winning anthology Elements: Fire, as well as Ham4Pamphlet, a collaborative illustration project inspired by the hit Broadway musical Hamilton, while Weir has written numerous articles for Women Write About Comics, American Libraries magazine, and NoveList in addition to her fiction writing. Both Weir and Steenz have worked both as librarians as well as being involved with The Valkyries, an online group for women who work in comic shops around the world. Archival Quality is their first Oni Press graphic novel. 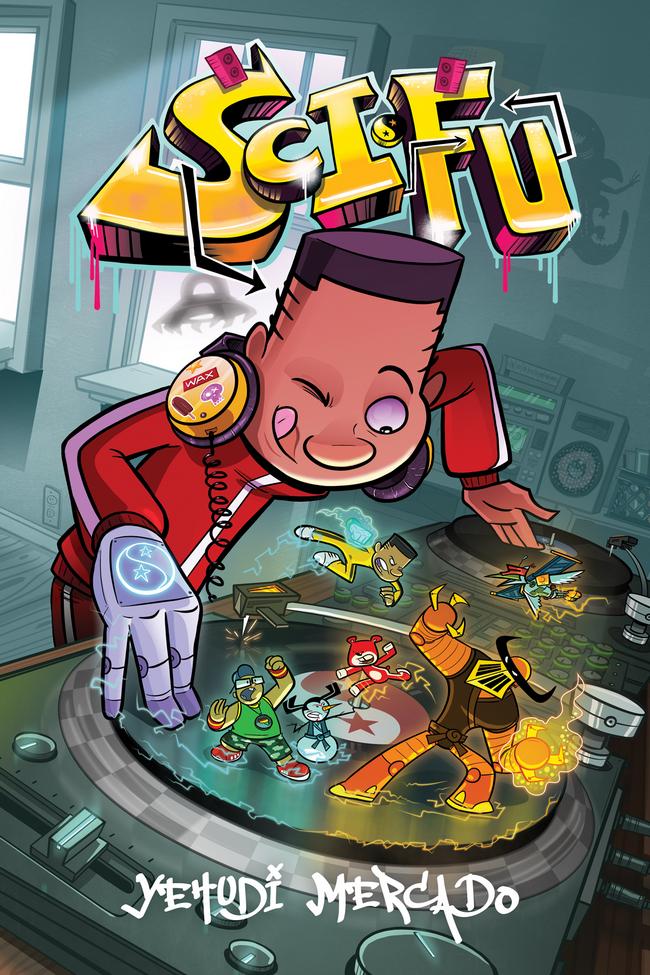 Hip-Hop, Sci-Fi, and Kung Fu all hit the turntables for the mash-up mix of the year! Cartoonist/force of nature Yehudi Mercado sets his sights on 1980s Brooklyn and Wax, a young mix-master who scratches the perfect beat and accidentally summons a UFO that transports his family, best friend, and current crush to the robot-dominated planet of Discopia. Now Wax and his crew must master the intergalactic musical martial art of Sci-Fu to fight the power and save Earth. Word to your mother.

“Sci-Fu mixes and mashes all my favorite things from childhood—sci-fi, hip-hop and kung fu,” said Mercado. “It’s funny, action packed and at its core is a story about an adolescent boy’s journey to discover his own inner power. I could not be more excited to share it with the world.”

Yehudi Mercado, a Los Angeles-based writer and illustrator, has previously worked on other projects such as Guardians of the Galaxy: The Universal Weapon for Marvel/Disney Interactive, and Rocket Salvage and Pantalones, TX, with BOOM! Studios and their Archaia imprint.

Nora has bad luck with men. When she meets an (actual) bear on a hike in the Los Angeles hills, he turns out to be the best romantic partner she’s ever had! He’s considerate, he’s sweet, he takes care of her. But he’s a bear, and winning over her friends and family is difficult. Not to mention he has to hibernate all winter. Can true love conquer all?

“I love how comics can shift from big moments to small,” says author and best-selling novelist Ribon. “There’s a wonderful intimacy with the reader that allows for sweetness, surprise, and depth of honesty at an immediate, visceral level.”

“The comics market right now has a lot of very dark, serious stories,” said Farris. “I’m really excited to help put a story out there that is silly and sweet. Something that hopefully makes people smile. It’s not everyday you get to sell people a book about a girl dating a literal bear, and I hope folks are as charmed by this story as I have been while working on it.”

Pamela Ribon is a best-selling novelist, and has written comics such as Rick and Morty™ for Oni Press and her original series Slam! for Boom! Studios. After over a decade working in television, she became a member of Disney Animation’s StoryTrust, where she worked on Moana and is currently co-writing the upcoming Ralph Breaks the Internet: Wreck-It Ralph 2. Cat Farris is the creator of the webcomic The Last Diplomat and the minicomic series Flaccid Badger, has worked for companies such as Amazon and Rovio Entertainment, and illustrated Dark Horse Comics’ Emily and the Strangers. 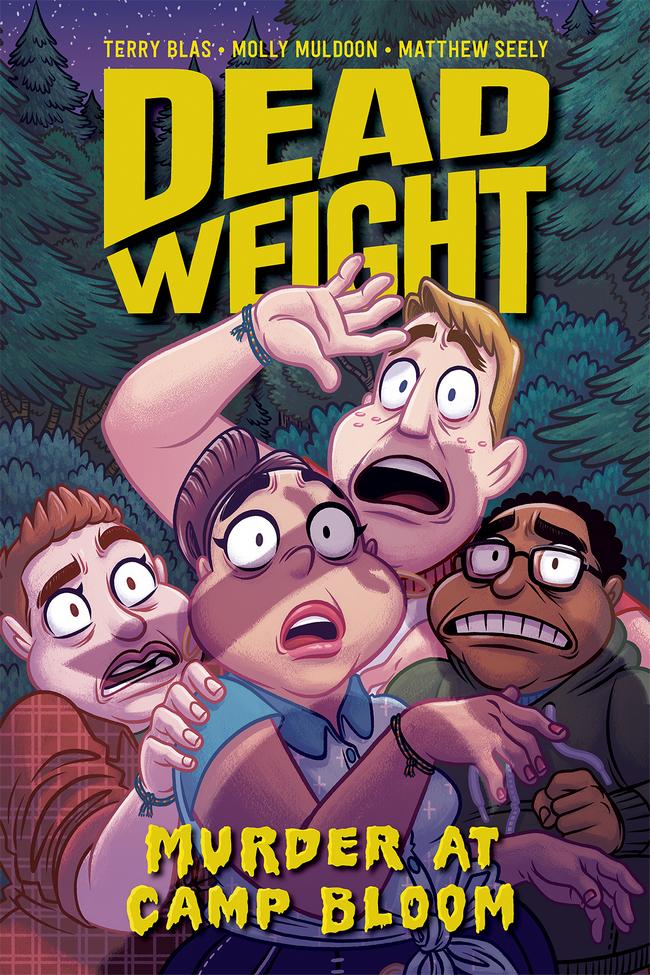 Deep in the Oregon wilderness sits Camp Bloom, a weight-loss camp where “overweight” teens can “get in shape.” Jesse would rather be anywhere else, but her parents are forcing her to go. Noah isn’t sure if he wants to be there, but it’s too late to turn back. Tony is heartbroken at the thought of giving up his phone and internet. And Kate… well, she likes the hikes, at least. As far as these four teens are concerned, it’s just another boring summer. Until one night, when Jesse and Noah witness a beloved counselor’s murder. The body’s gone by the next morning, but a blurry photo leads to one clue—the murderer is one of the camp’s staff members!

But which one? As Jesse, Noah, Kate, and Tony investigate, they quickly discover that everyone’s got their secrets… and one of them would kill to keep theirs hidden.

Terry Blas’ work has previously appeared on comic book covers for Bravest Warriors, Regular Show, The Amazing World of Gumball, Adventure Time, Rick and Morty™, and The Legend of Bold Riley. He recently spoke of Dead Weight: “It’s my hope that young people from any background will be able to see themselves in the characters and see that the qualities and talents they have far outweigh the importance placed on how they look.”

Matthew Seely, whose animation has previously appeared on MTV’s Greatest Party Story Ever, said, “Everyone knows what it’s like to face a challenge that pushes you beyond what you think you’re capable of. These kids rise to the occasion and through their determination to bring the killer to justice, discover more about themselves and what friendship really means.”

Molly Muldoon, whose current projects include the forthcoming Cardboard Kingdom from Knopf, agrees with her co-creators: “I grew up on Agatha Christie and Sherlock Holmes so murder mysteries are a great love of mine. I was actually voted Most Likely to Write Murder Mysteries in high school! So Dead Weight is really a work of love.”