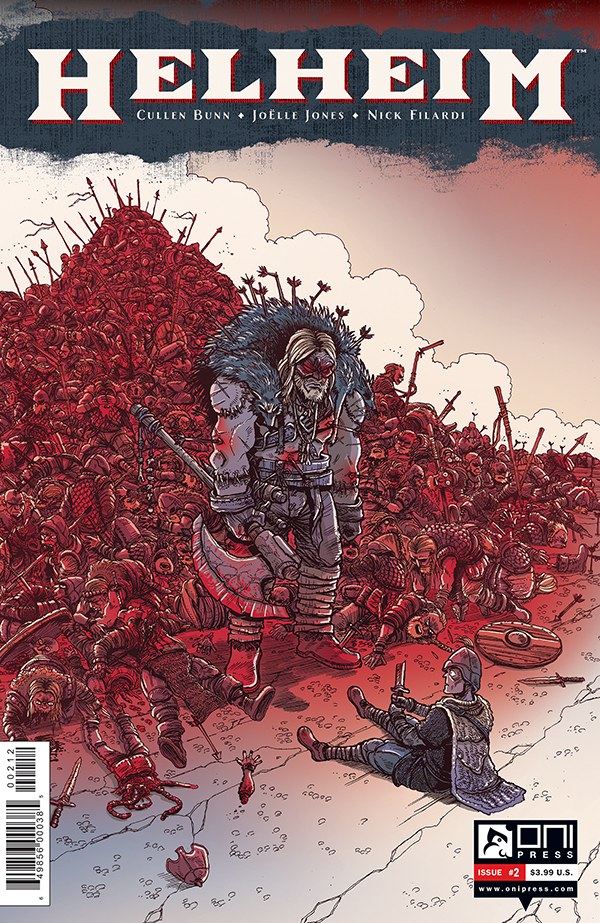 Oni Press has announced a second printing for Helheim #2 by Cullen Bunn and Joelle Jones. 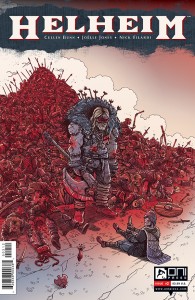 Oni Press is delighted to announce that the second issue of the new hit series HELHEIM by Cullen Bunn, Joelle Jones, & Nick Filardi has completely sold out at the distributor level a day before its in-store debut!

To ensure fans everywhere get a chance to enjoy this exciting new series, Oni Press has rushed a second printing to production featuring an awesome new cover from James Stokoe (Orc Stain, Godzilla: Half-Century War). Please be aware that the issue is only sold out at the distributor and copies will be available at finer comic shops everywhere on April 24th, but don’t miss your chance to purchase either printing. They will fly off the shelves!

Written by SIXTH GUN co-creator Cullen Bunn, lavishly illustrated by Joelle Jones, and moodily colored by Nick Filardi, HELHEIM chronicles an age of Vikings, witches and dark creatures. When a small settlement is beset by unspeakable evil, a brave war party stands as guardians of the helpless villagers. But they are no match for the horrors rising up around them. One of the warriors, a young hero named Rikard, will pay the ultimate price in battle… but his fight is far from over. With issue 2, Rikkard’s struggle against dark forces continues both internally and externally as the warrior must confront what he has become and what he must do.

The second printing of HELHEIM #2 ships with a new cover by fan-favorite artist James Stokoe and is available for immediate order underDiamond order code MAR138208.

Founded in 1997, Oni Press, Inc. has become one of the comic industry’s most well-respected independent comic publishers–Revolutionizing Comics by focusing on character- and story-driven creator-owned work in a variety of genres and formats.