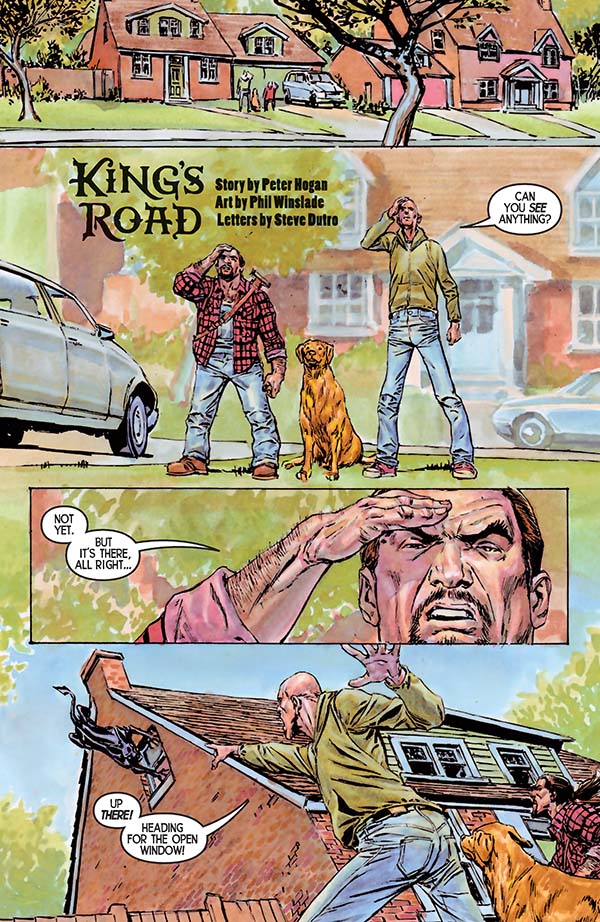 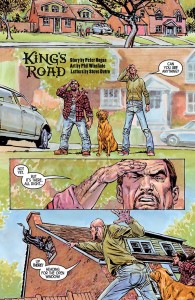 With artwork from Phil Winslade and lettering by Steve Dutro, King’s Road is sure to be another gem for the Eisner-winning monthly.

They were just your average suburban kids until a nightmare from their father’s hidden past came to hunt them down. Now they must fight the evil forces of the usurping witch Malicia for the right to rule a magical kingdom.

“King’s Road is about someone from another world—a magical, semimedieval world—who came to Earth about twenty years ago, and settled down and raised a family here. But now he has to go back again, taking his family with him, because he’s inherited the throne of that world. Meanwhile, there are all sorts of nasty magical creatures trying to kill him before he gets there,” said Hogan.