The long-awaited return of Midnight Tiger is here! Created by Ray-Anthony Height (X-MEN BLUE/SUPERB), ACTIONVERSE #7 is the beginning of a four-part story arc titled “STRONGER.” This new story arc will feature illustration by new artist Eric Van Elslande, colors by Wilson Ramos and scripts based on Height’s plots by Vito Delsante (STRAY).

New villains invade Apollo Bay and Gavin Shaw (aka Midnight Tiger) must balance his school life with these latest threats. And the legacy of the hero Lionsblood will change Gavin’s life forever!

Creator Ray-Anthony Height comments, “This new chapter in Midnight Tiger’s Actionverse history will be incredibly exciting! Guaranteed to bring in a whole new crop of readers.” Vito Delsante adds, “Don’t let the Teen Rating fool you; this is an all-ages comic with a lot of action and character.”

Get the first issue of the new story arc in a comic book store near you on April 25th, 2018. 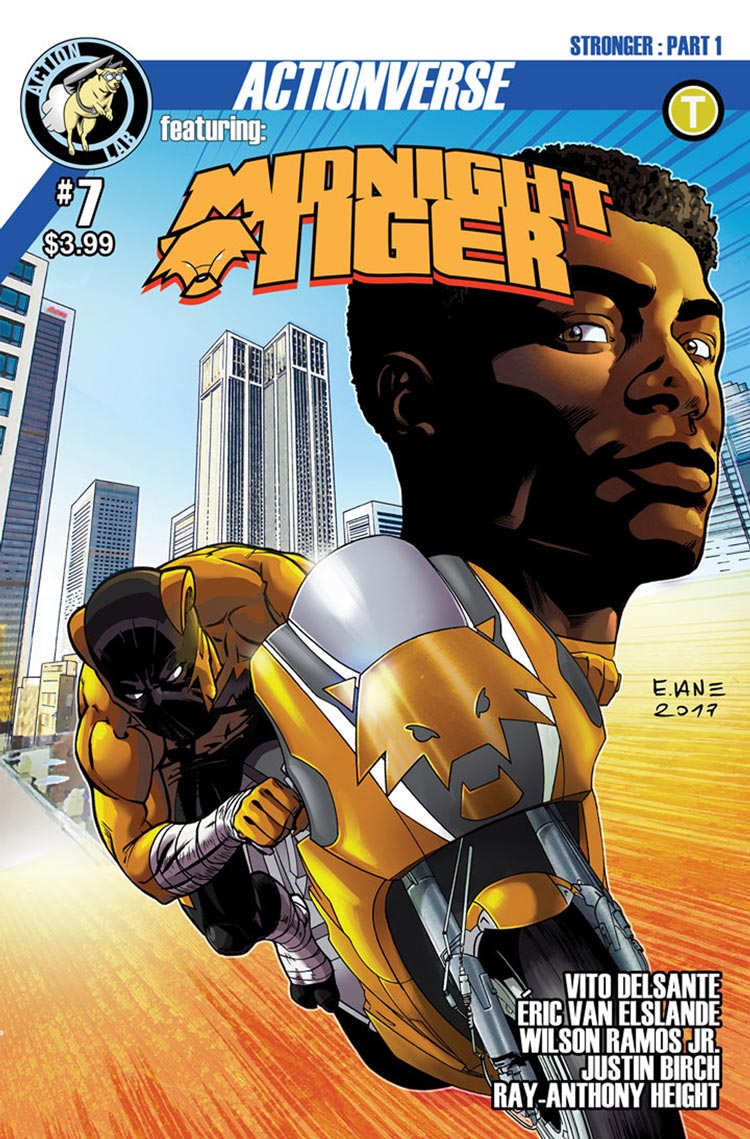 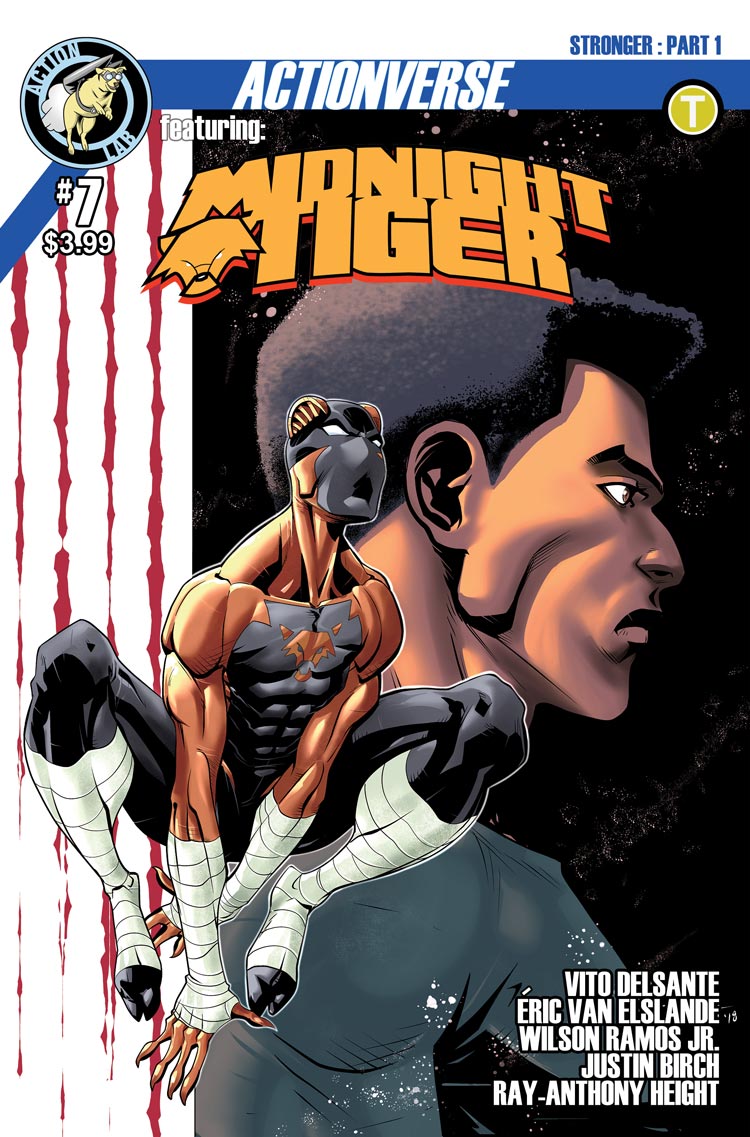 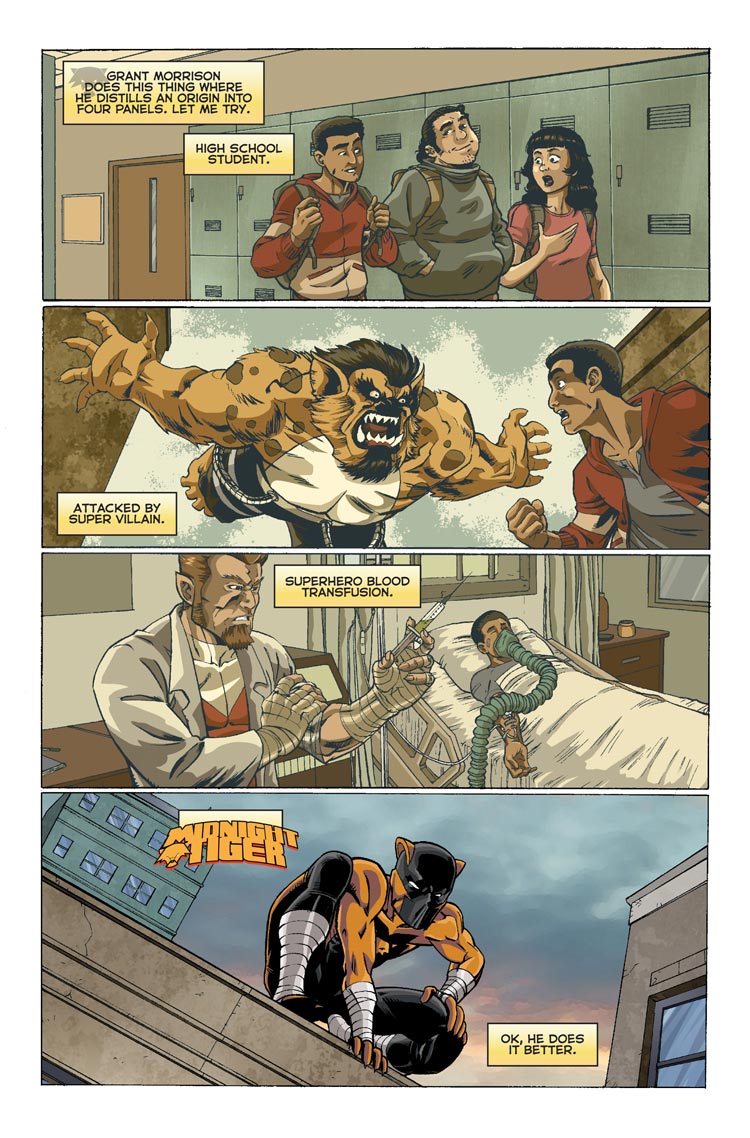 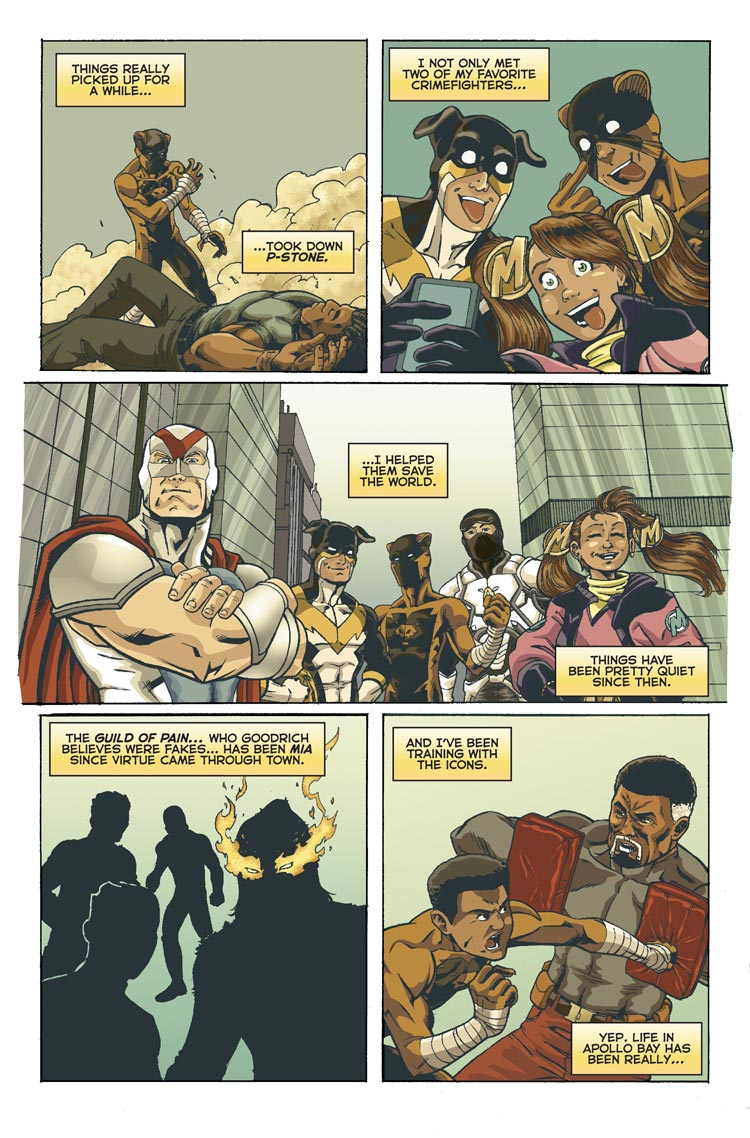 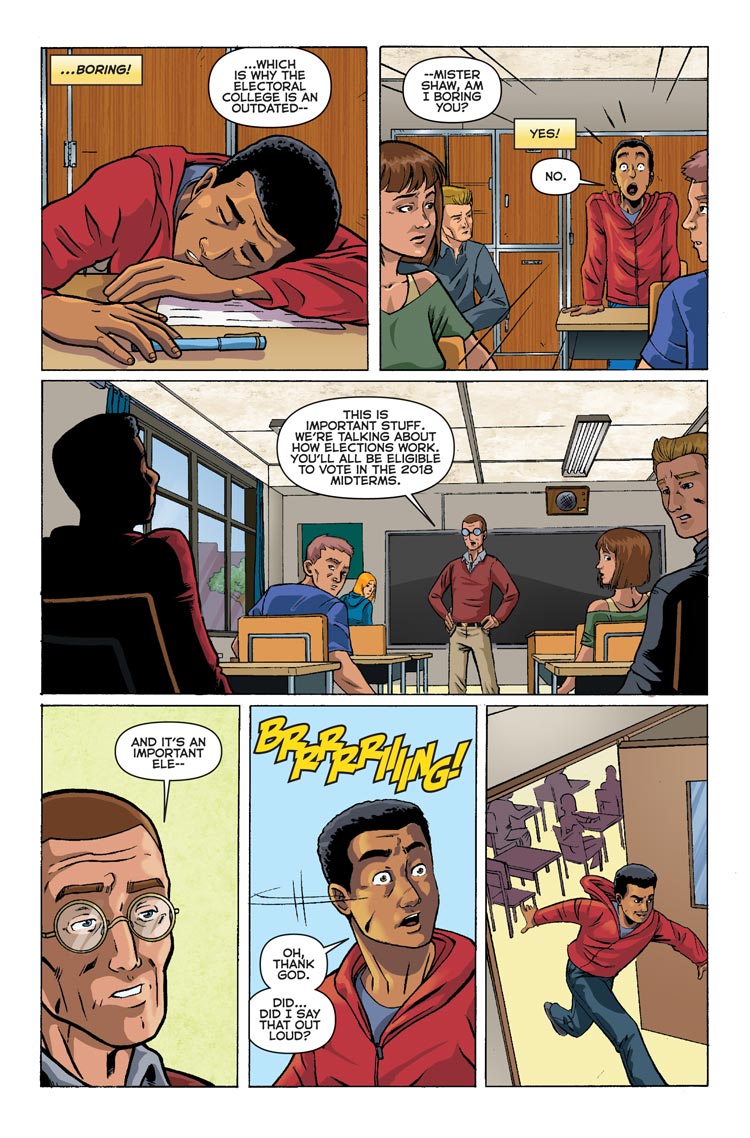 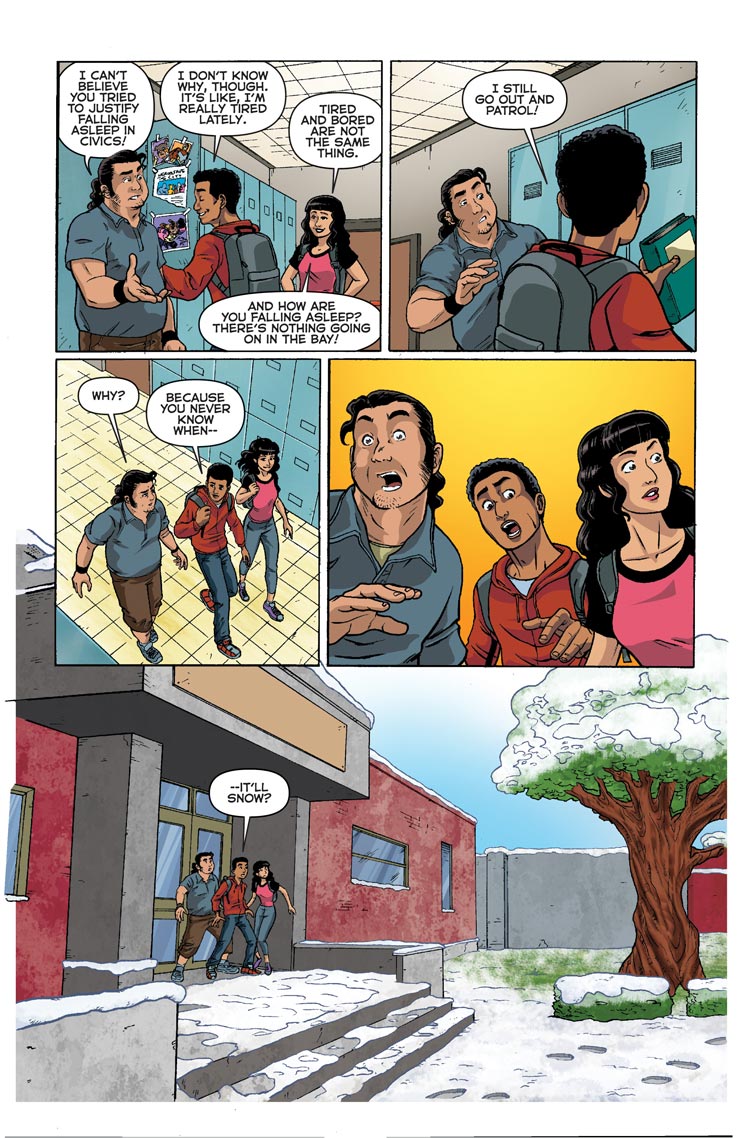 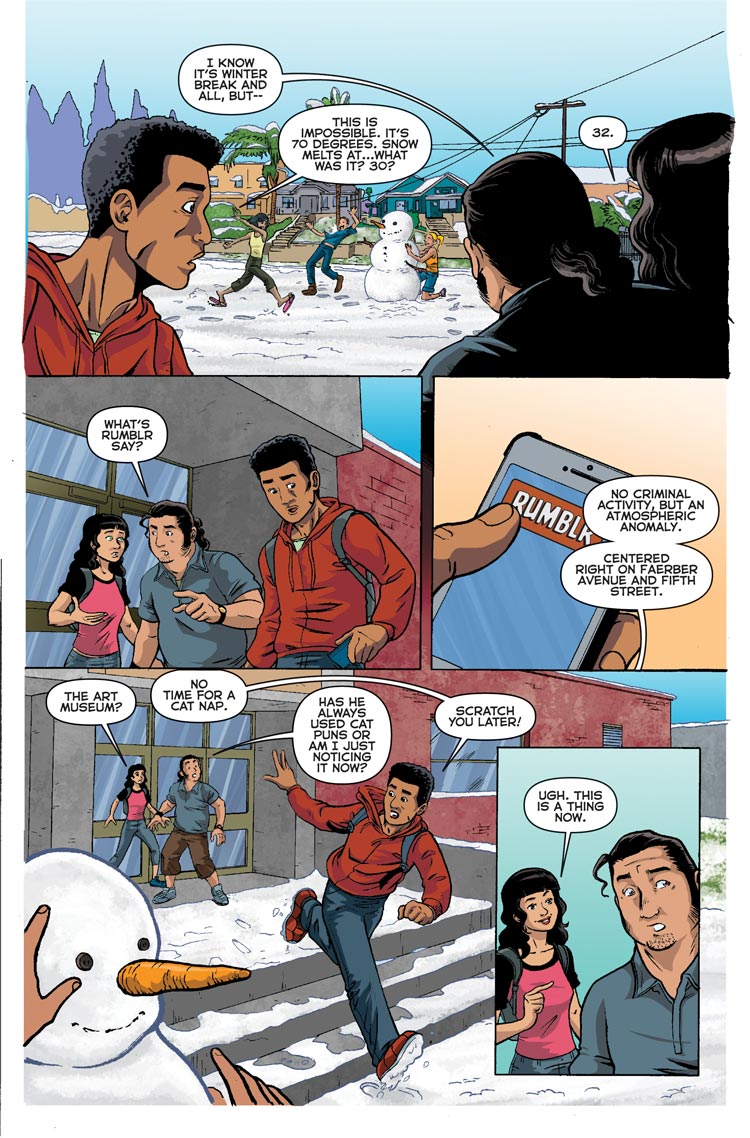 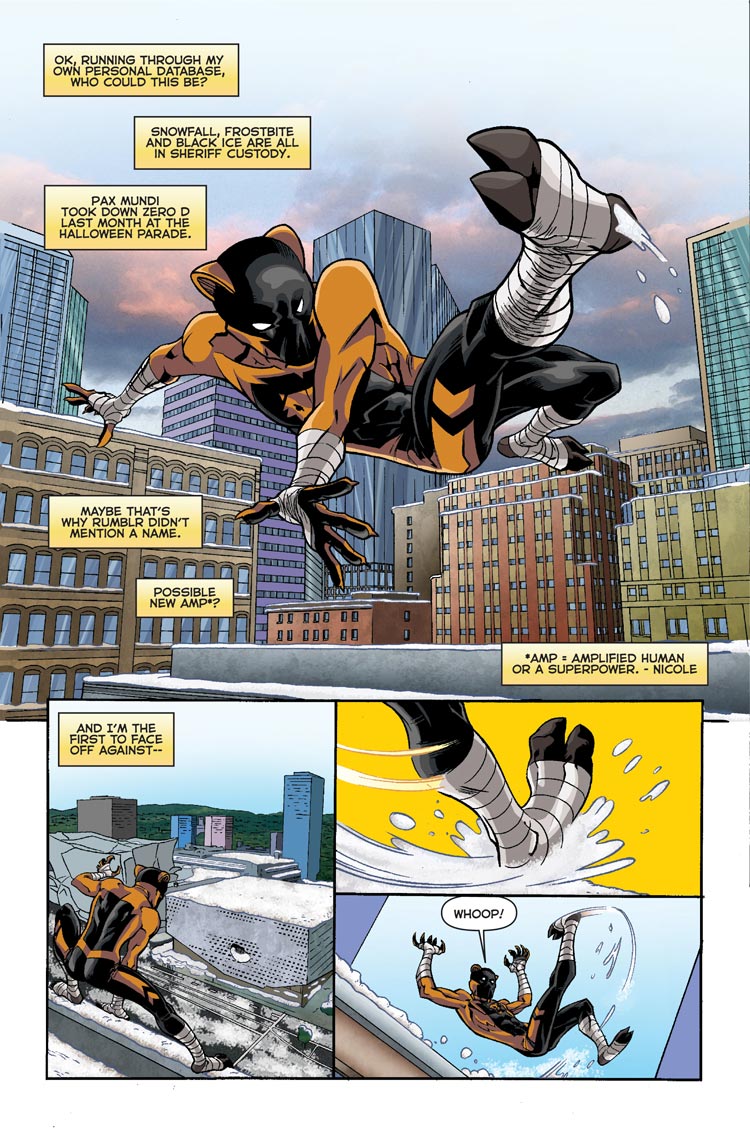