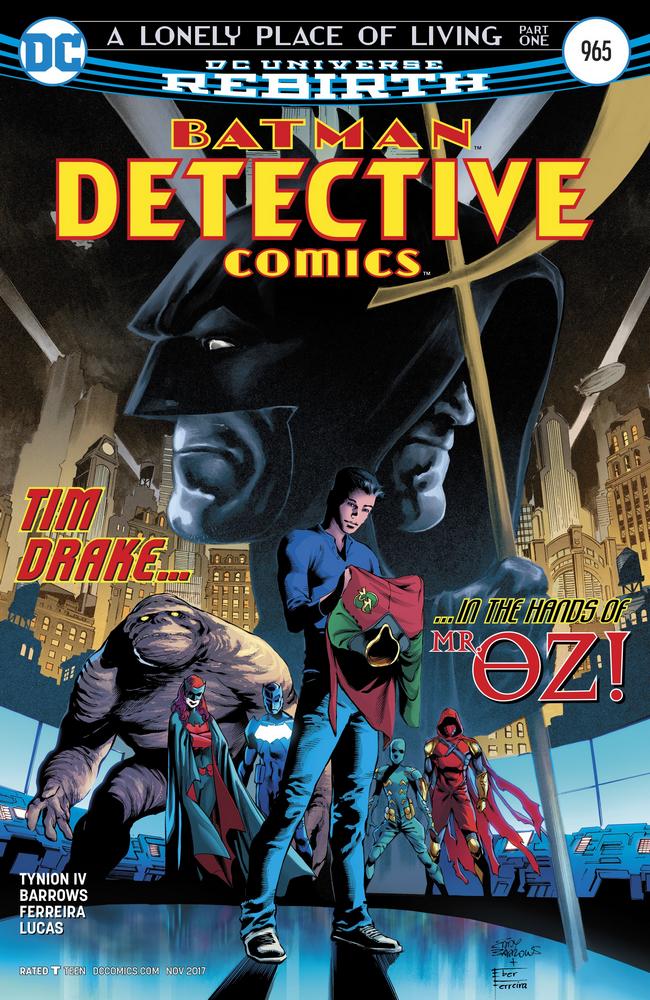 So, what’s that Tim guy been up to?

We know Bruce knows he’s alive. We know he’s being held by Oz. From the events of Action, we know who Oz is….but that doesn’t mean we have a solitary clue what the hell is going on.

Regardless of the events of Action, it feels like the perfect time to check in on Tim. Tynion has done a solid job keeping the Tim thread in the minds of readers without annoyingly checking in all the time, but now it is time for this storyline to get some solid attention. This issue is all Tim and it moves at a great pace, dialling into why Tim became a Robin and why he was planning on leaving the Bat-Family. This acts as a nice refresher as to where Tim was at when he was captured, and how he came to be part of the Bat-family.

The pacing of this story is strong. There are twists and turns, and a big reveal for any Detective readers who haven’t been reading Action. From the big reveal, things go racing in a wild direction and I will openly say that at the end of this issue, I have no idea what the hell is happening….but it has my attention.

Eddy Barrows, Eber Ferreira, and Adriano Lucas do a great job setting the mood of this issue. It’s dark, driving home the mysterious nature of Tim’s captivity and how Tim and the reader are still left very much in the, well, dark. They handle the big reveal splash pages very well and the last page floored me. The aesthetic of their artwork leaves the mystery of Tim’s location and its “reality” open for interpretation, which I found quite exciting. Where is he in space/time? I don’t know. What is real? I don’t know…and it’s the art that really drives that home.

Detective Comics #965 does a great job of checking back on the Tim storyline and drawing ‘Tec into a larger narrative spanning the DCU. This is a strong read every two weeks and issue #965 is no exception.