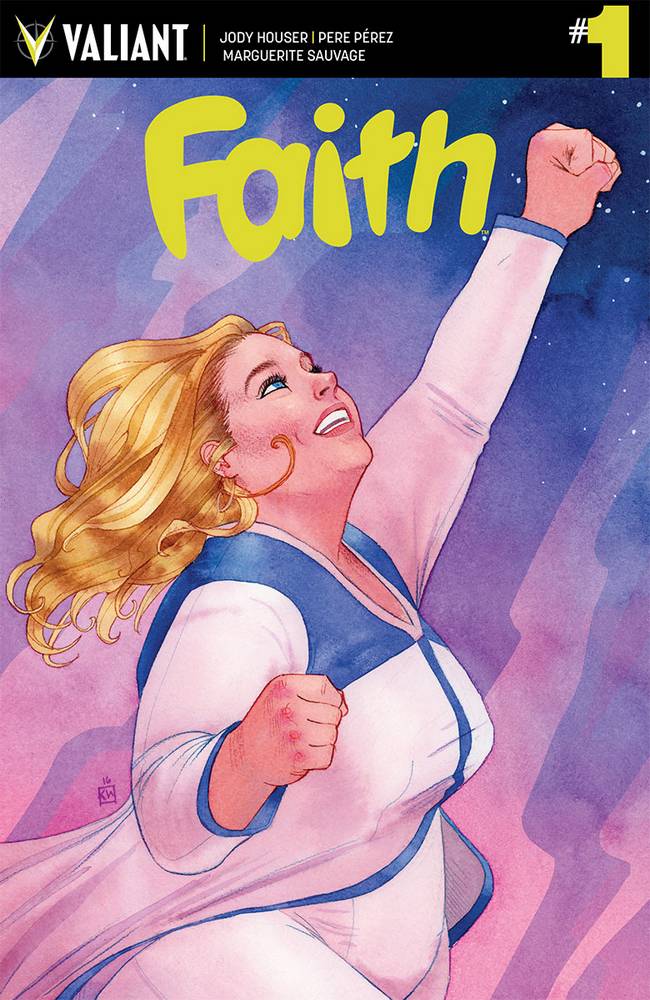 She’s saved the world, made international headlines, and inspired a growing legion of fans… Now, Valiant’s stratosphere-shattering hero is soaring into her next comics landmark: her first-ever ongoing series!

As first revealed at the Hollywood Reporter, Valiant is proud to present your first look inside FAITH #1 – the FIRST ISSUE of an ALL-NEW ONGOING SERIES and a colossal comics milestone from rising star Jody Houser (Orphan Black), Harvey Award-nominated sensation Pere Perez (ARCHER & ARMSTRONG) and acclaimed artist Marguerite Sauvage (DC Comics Bombshells)! On July 20th, jump on board the high-spirited, high-flying adventures of Faith “Zephyr” Herbert here as she fulfills her dream of becoming Los Angeles’ beloved, number-one superhero…only to slam headfirst into her first arch-nemesis!

From The Atlantic and Cosmopolitan to The Guardian and The New York Times to People and The Today Show, start reading here to find out why Faith’s ascent into solo superstardom has captured the imagination of the world – and, after five staggering printings of her sold-out limited series, created a unstoppable comics phenomenon like no other!

In a city under siege by robots, aliens, monsters and even worse… celebrities, there is only one woman the people of Los Angeles can count on: the stratospheric superhero called Faith! Aspiring reporter by day and dedicated crime-fighter by night, Faith has tackled every obstacle in her path with confidence – like those crushing deadlines at work, the long-distance boyfriend half a world away, and the missing back issues that plague her comics collection! But, unbeknownst to her, Faith is about to collide with the one force she never saw coming: an up-and-coming super-villain bent on snuffing her out once and for all! But who is lurking behind the mask of her new foe…and could they just be the one person capable of rendering Faith powerless?

Then, in the wake of FAITH #1, THE FUTURE OF VALIANT continues with an all-new wave of ongoing series, prestige format projects and standalone events from a star-studded roster of some of comics’ most visionary talents! Beginning in July with FAITH #1, THE FUTURE OF VALIANT will extend throughout 2016 with a total of seven epic series – each introducing an innovative array of new concepts and characters…and firmly establishing Valiant’s place as the premier publisher of creative storytelling in comics today:
FAITH #1 by Jody Houser, Pere Perez & Marguerite Sauvage in July
GENERATION ZERO #1 by Fred Van Lente & Francis Portela in August
BRITANNIA #1 (of 4) by Peter Milligan & Juan Jose Ryp in September
BLOODSHOT U.S.A. #1 (of 4) by Jeff Lemire & Doug Braithwaite in October
HARBINGER RENEGADES #1 by Rafer Roberts & Darick Roberston in November
SAVAGE #1 (of 4) by B. Clay Moore, Clayton Henry & Lewis LaRosa in November
DIVINITY III: STALINVERSE #1 (of 4) by Matt Kindt & Trevor Hairsine in December
Plus: Don’t miss the stratospheric limited series that first took the world by storm with FAITH VOL. 1: HOLLYWOOD & VINE TPB! Collecting the five-time sold-out series that rocketed HARBINGER’s heart and soul into comics history, start at the beginning and relive Faith’s first foray as a blogger by day, superhero by night here with rising star Jody Houser (Orphan Black) and explosive artists Francis Portela (Green Lantern) and Marguerite Sauvage (DC Comics Bombshells) – all for the low introductory price of just $9.99! 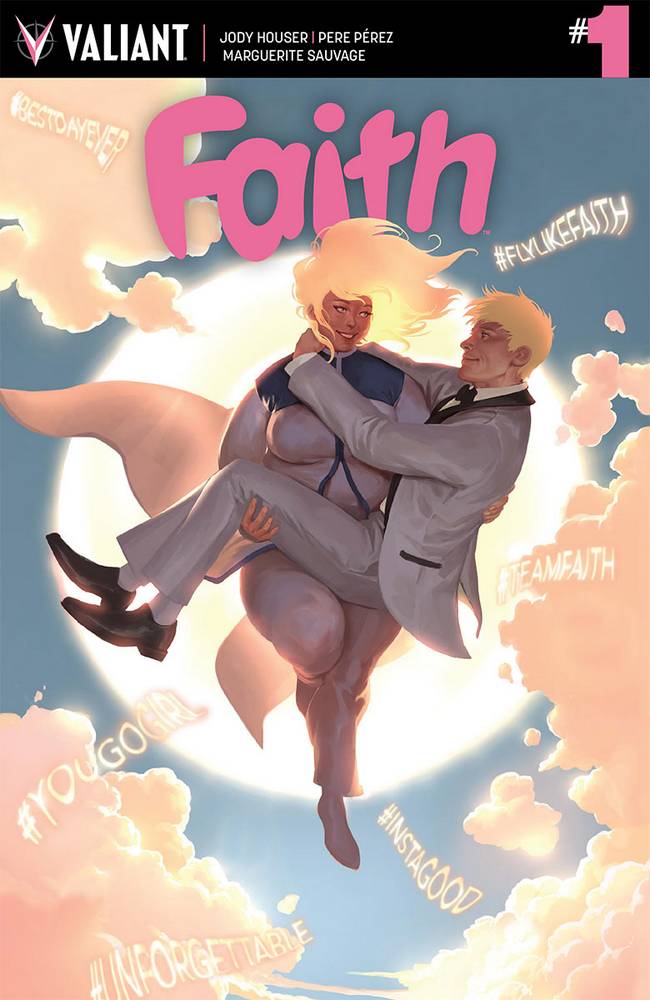 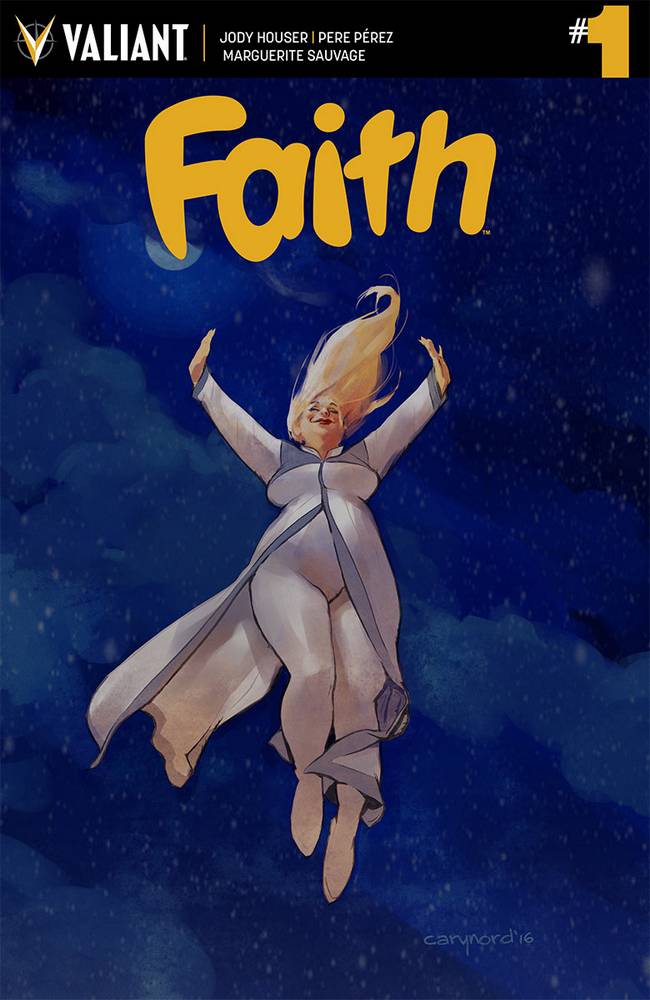 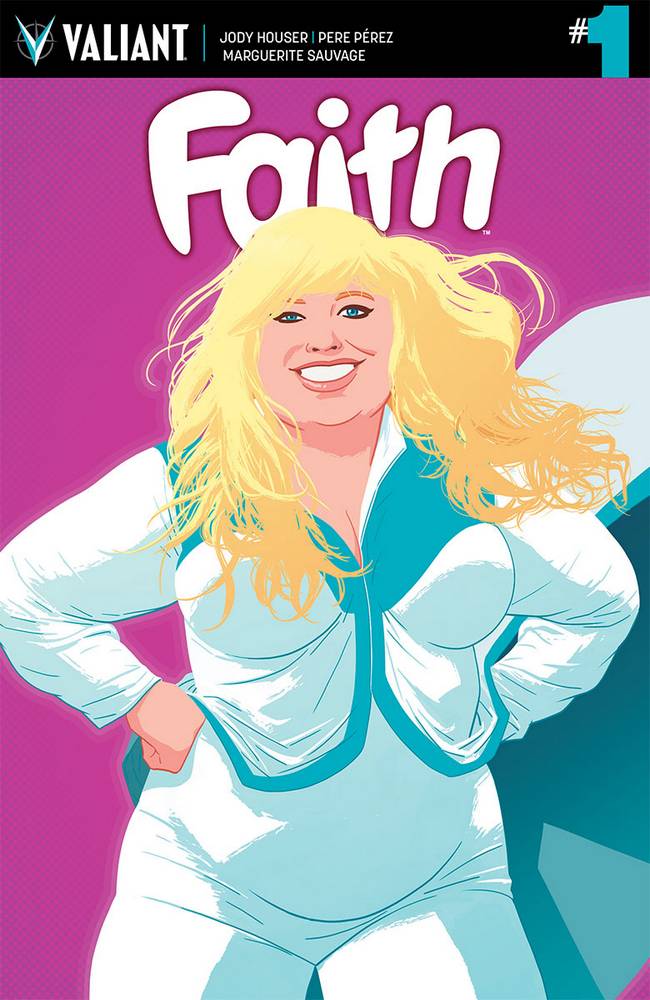 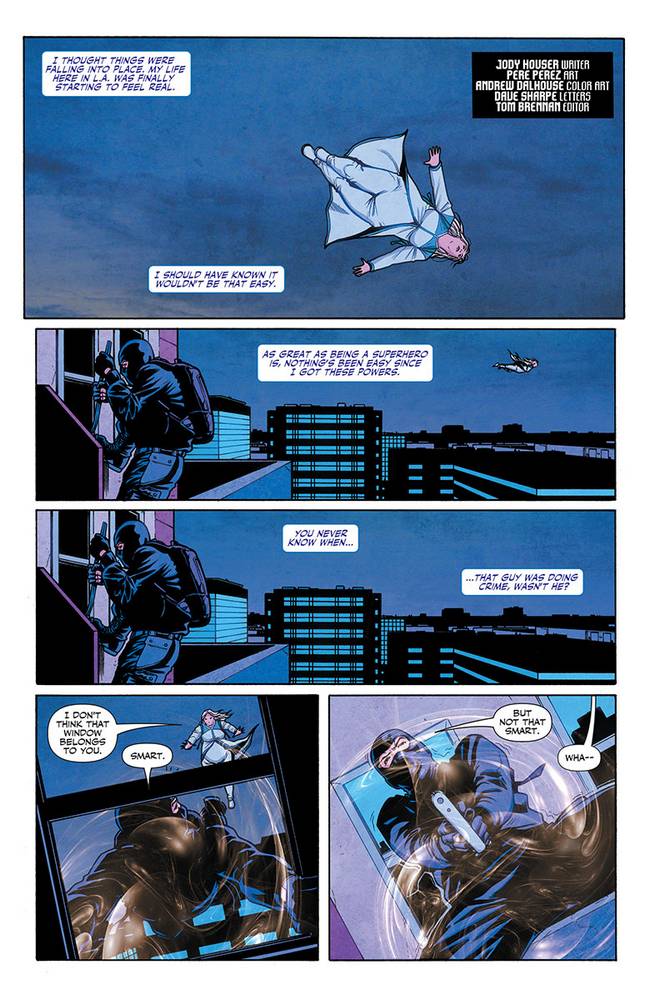 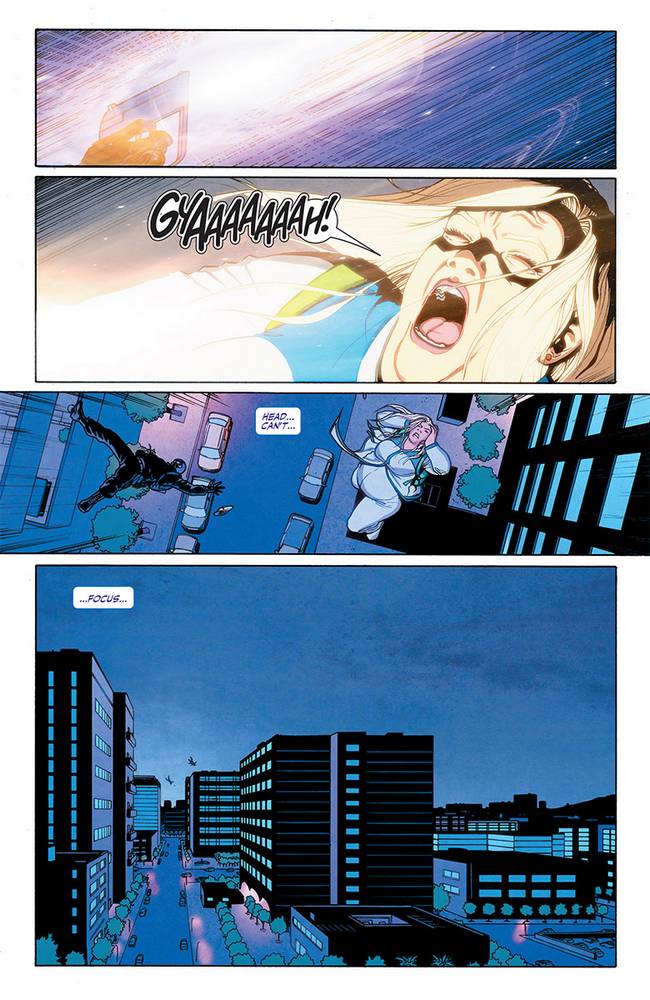 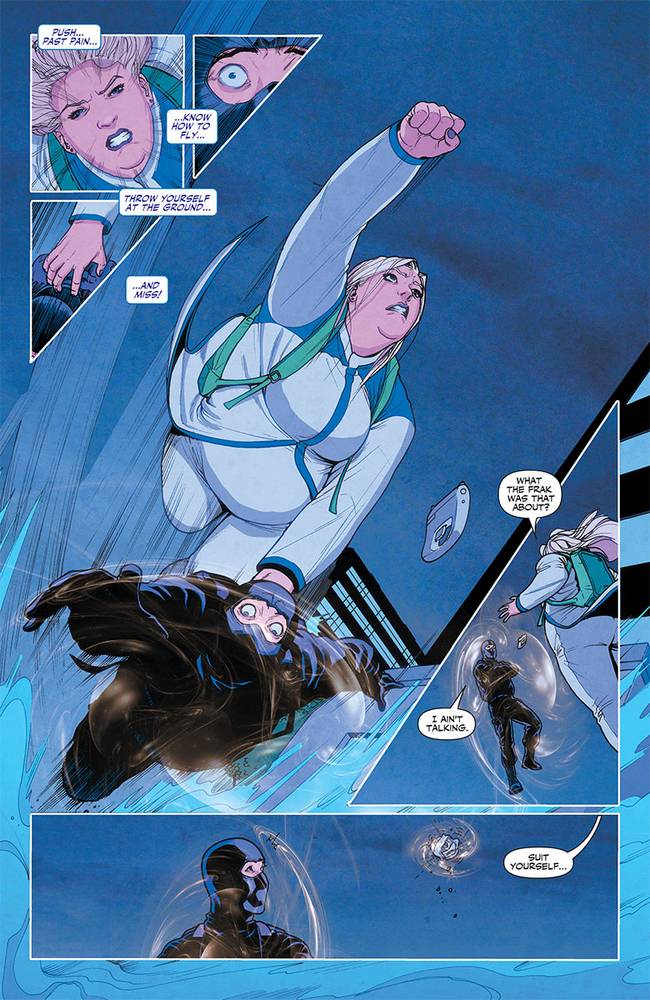 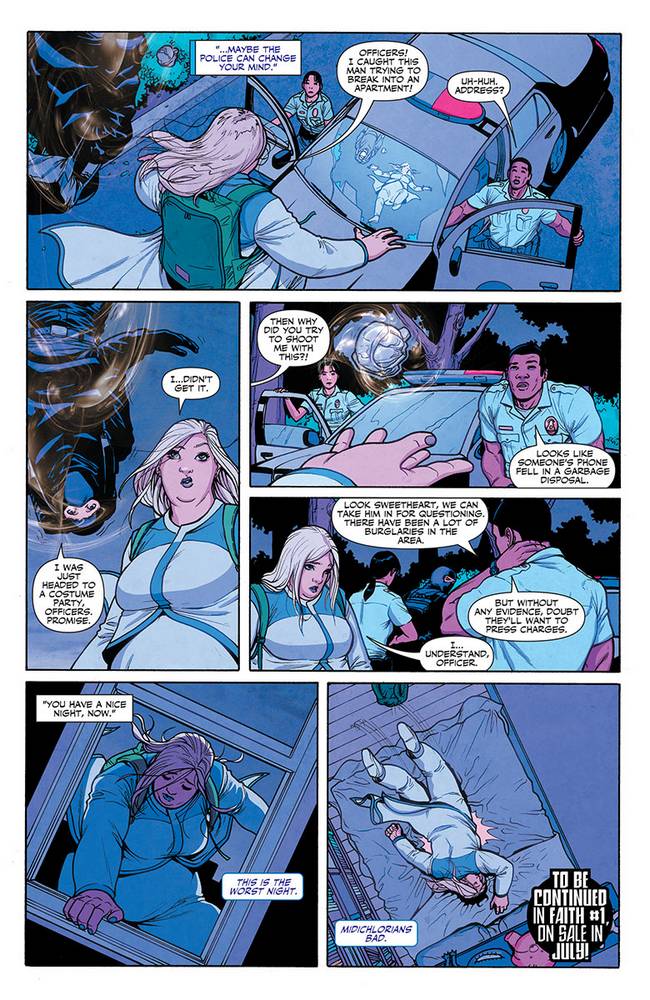