THE ULTIMATE TEAM-UP! The Queen of Cinders sets the realms ablaze – and even the combined might of three Thunder Gods may not be enough to put out the flames! But the all-new Ultimate Thor has a shocking secret. Can Thor trust her newest ally to have her back as Malekith’s army grows and the War of the Realms reaches Asgard’s doorstep? 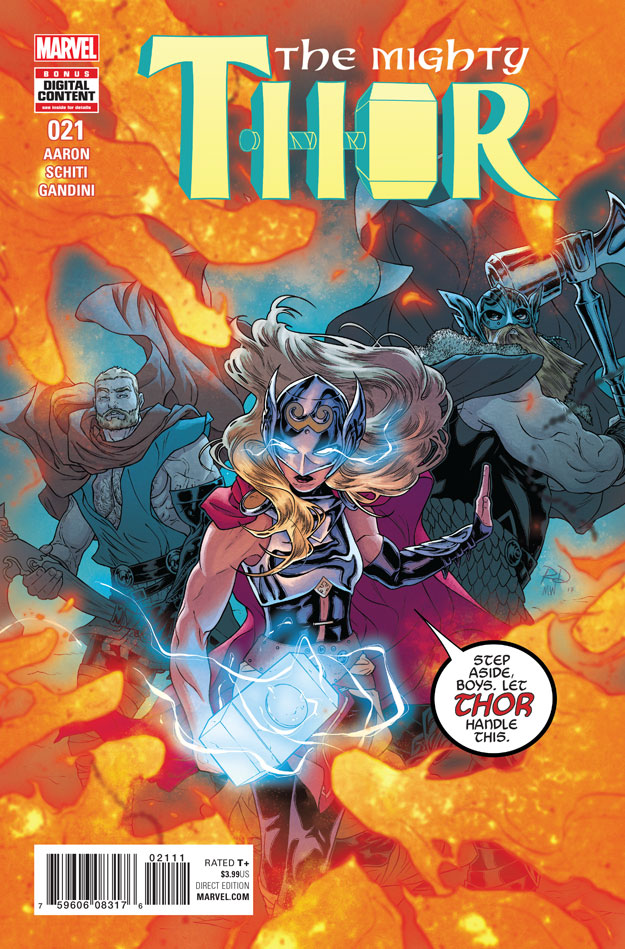 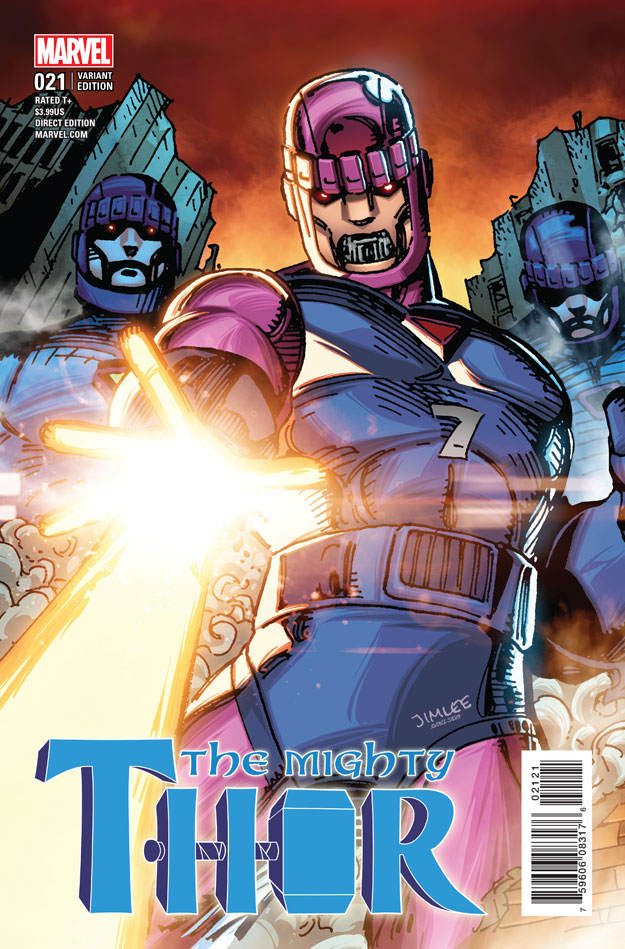 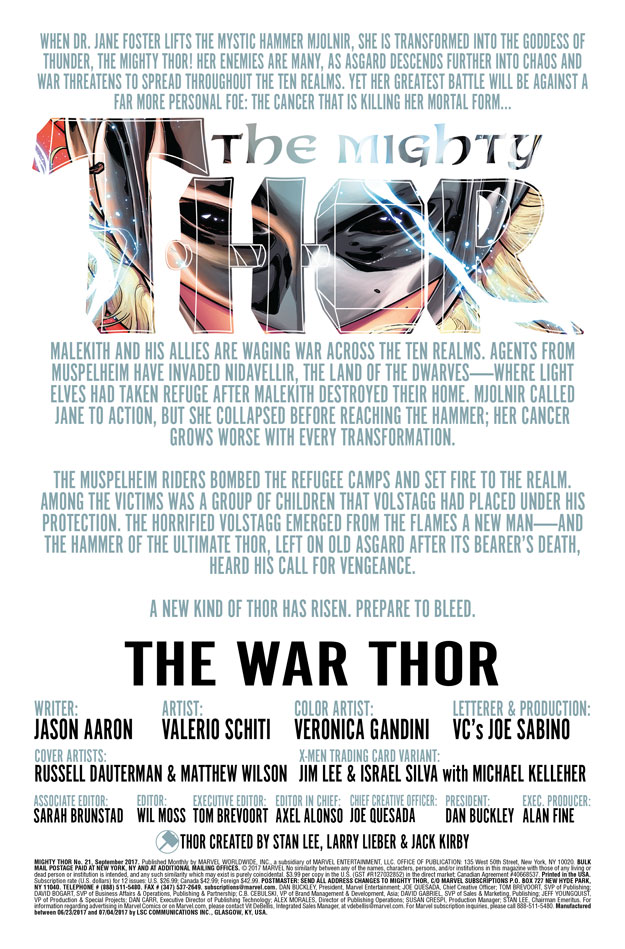 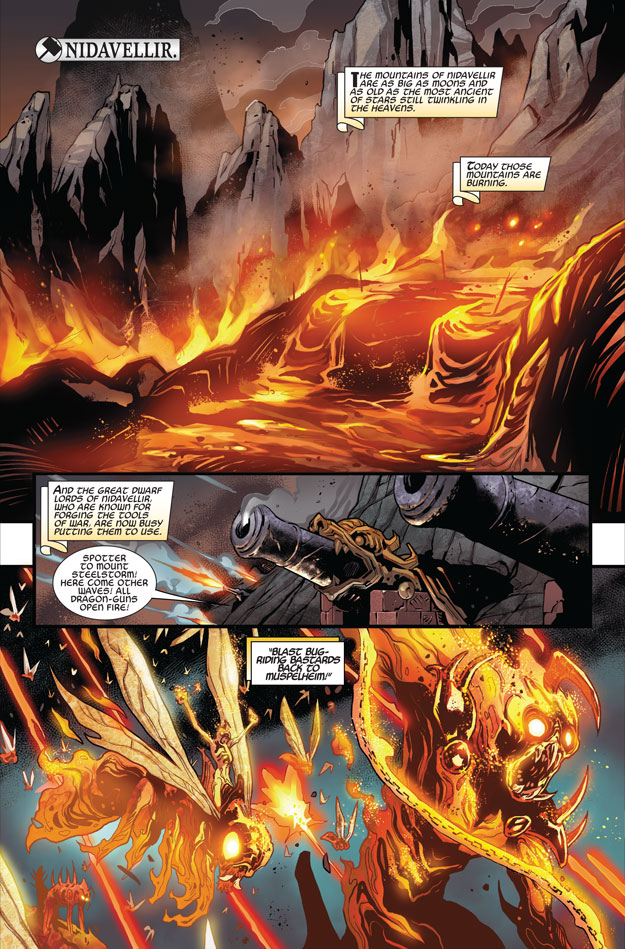 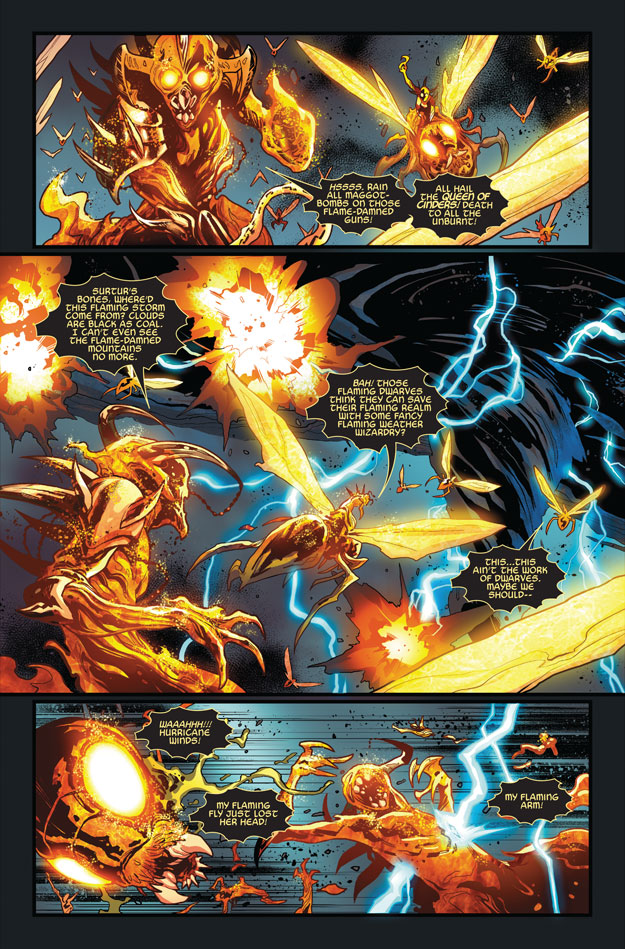 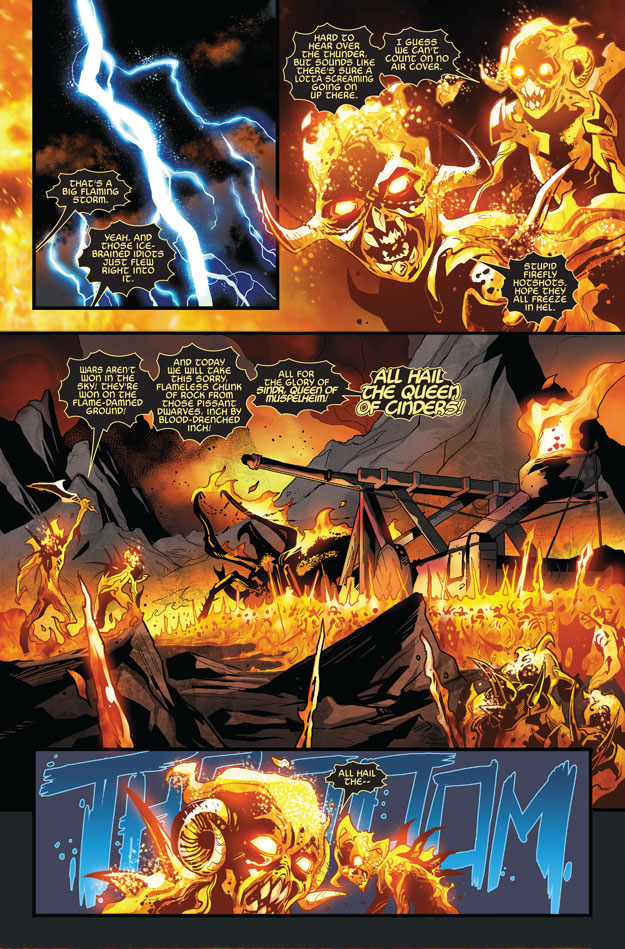 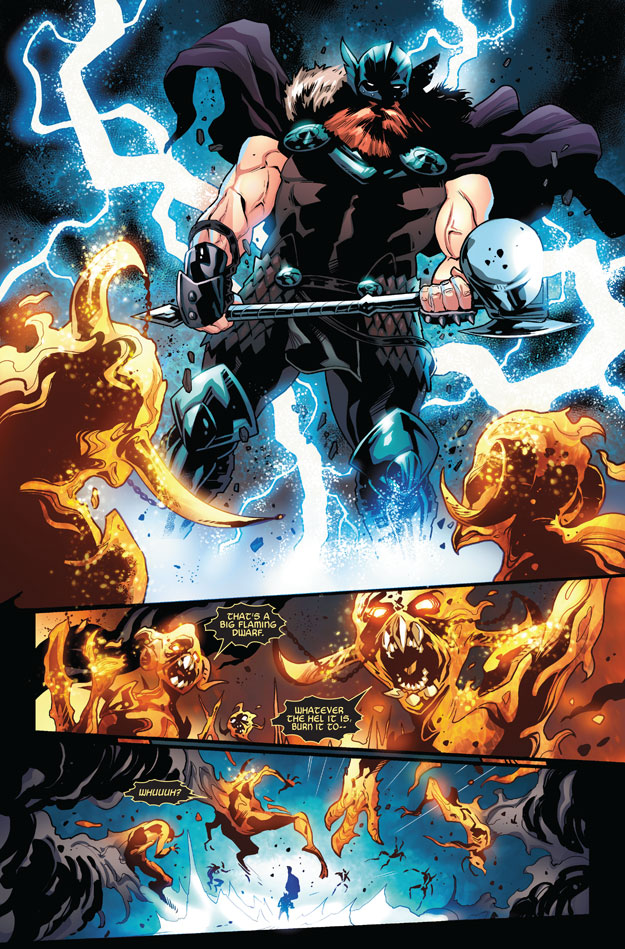