After the confrontation at The Island of the Free Woman, Raven’s crew is worse for wear and one of their number is on the edge of death. But somewhere nearby is an island where a legendary woman can heal any ills. Can Raven and her crew get there in time and will this woman even help a crew of pirates?

What people are saying about Princeless- Raven: The Pirate Princess:

Comic readers have been calling for more titles that are smart, fun, interesting, and inclusive. The Pirate Princess fits that bill. It’s a great read for anyone who enjoys comics, and I can’t wait to get my hands on the next issue. – Comicosity 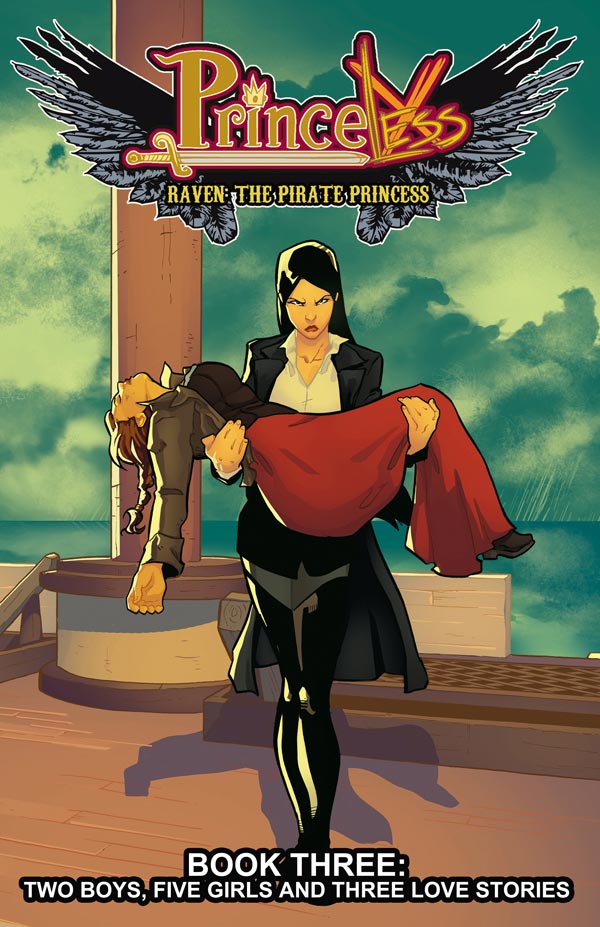 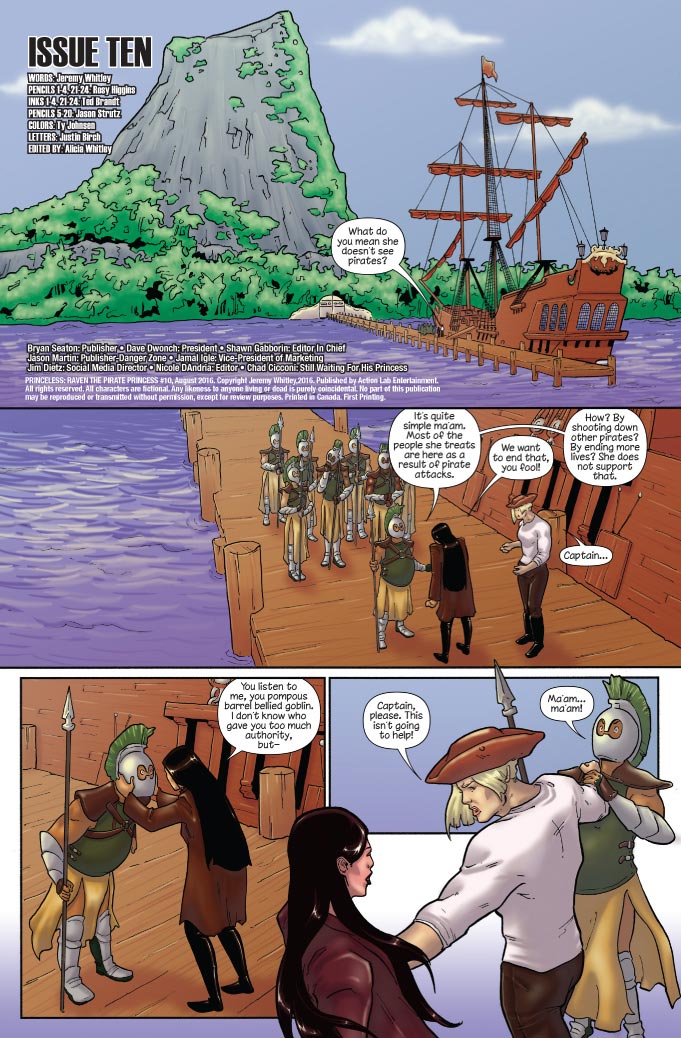 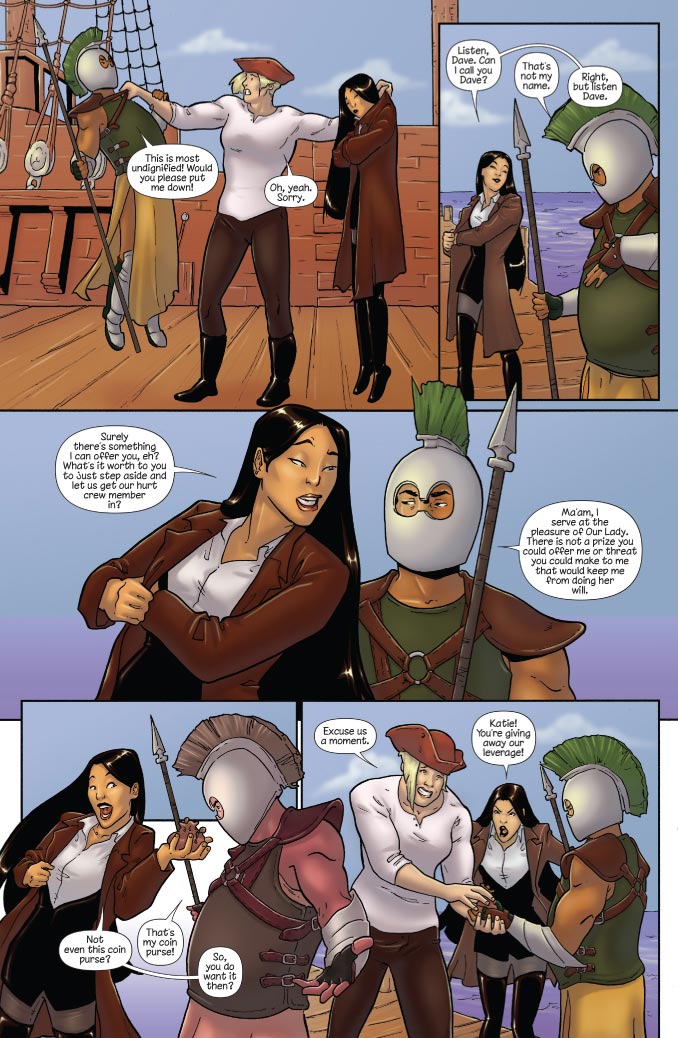 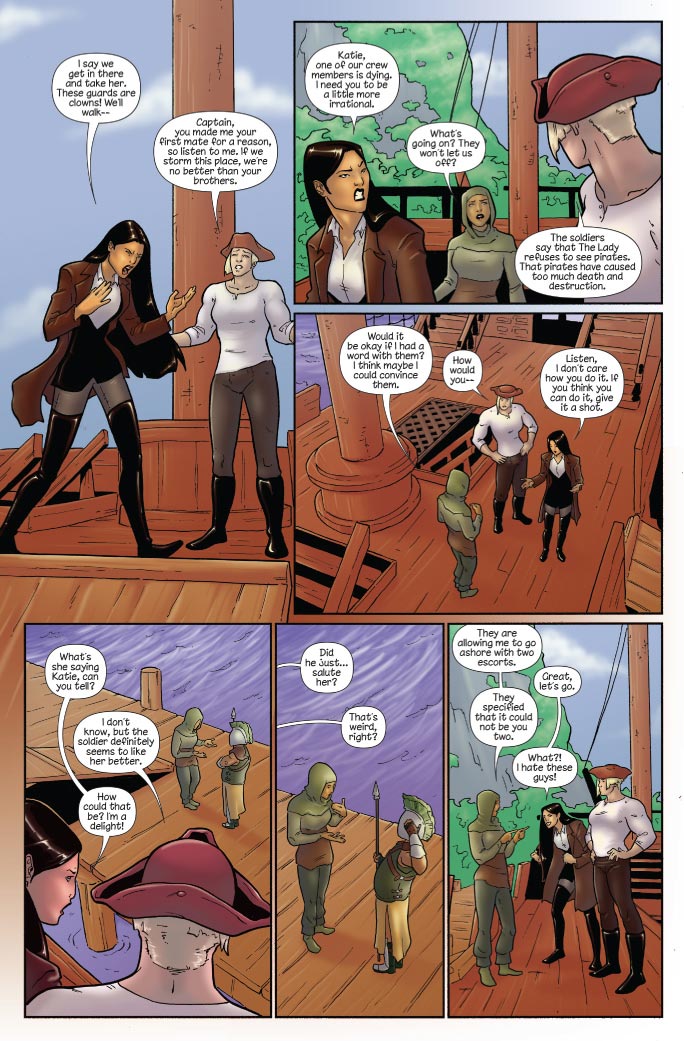 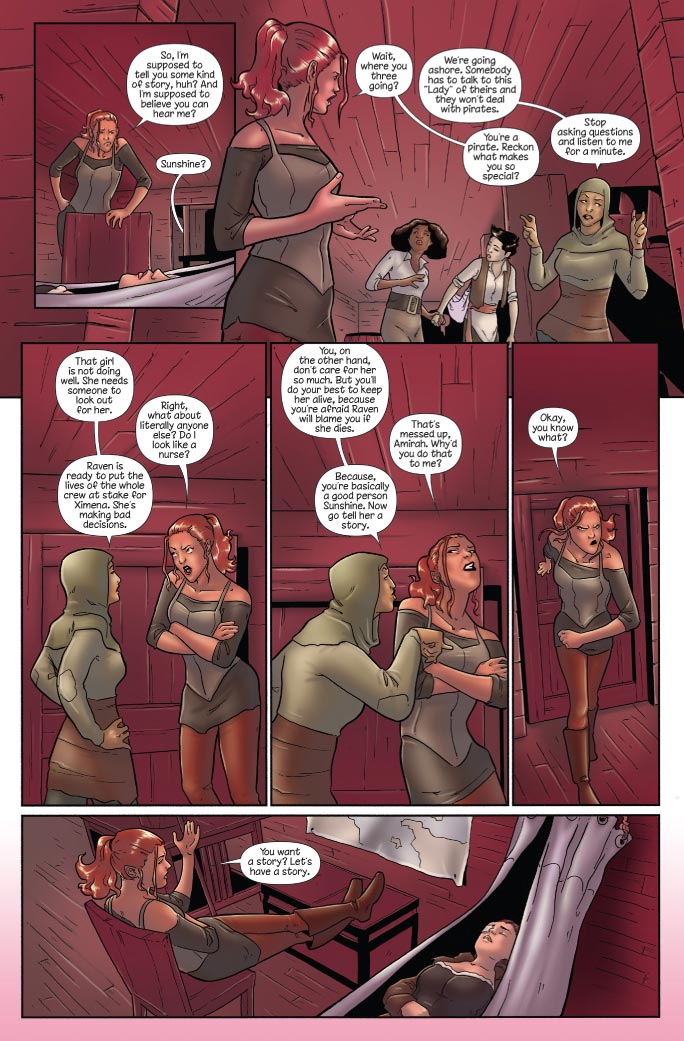 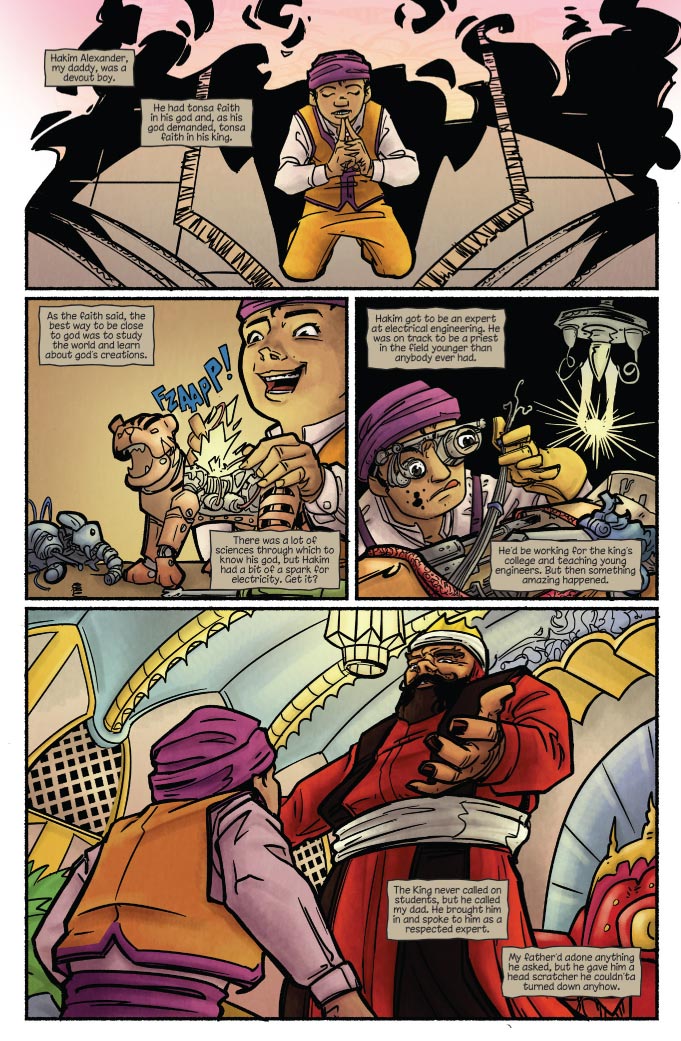 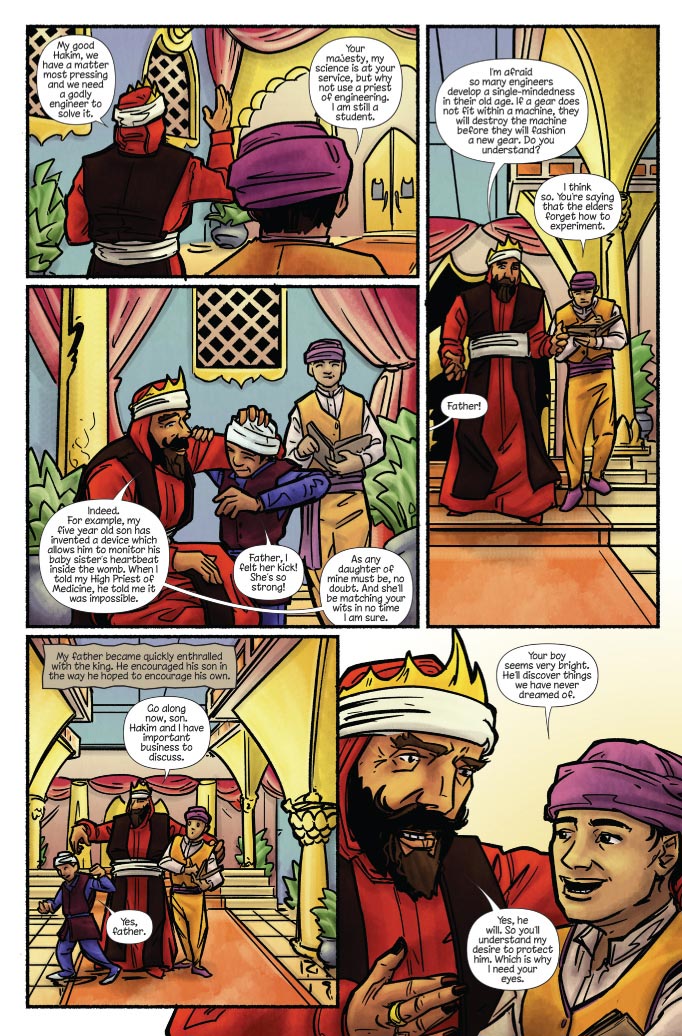