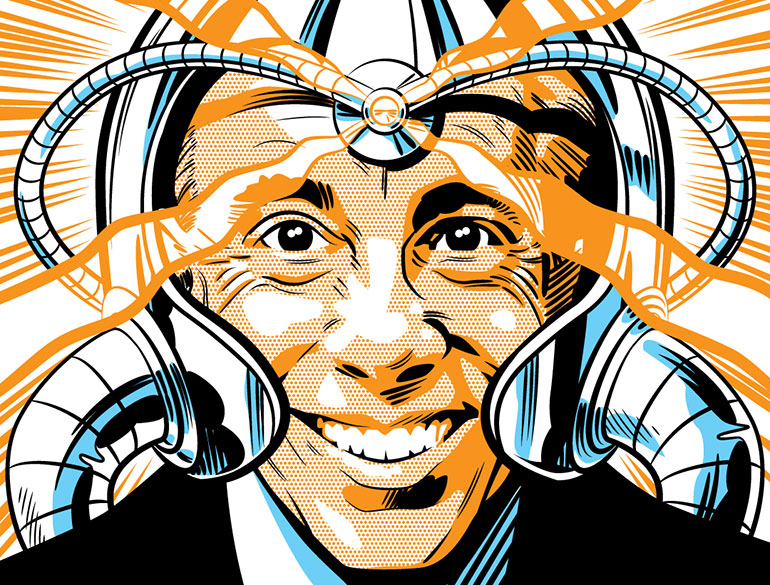 Pandemic 2020 hit our communities hard. Many at the frontlines caught and suffered through the contagion. Many lost family members. All of us teeter-tottered between pressure-cooker anxiety and beat-down malaise. #BlackLivesMatter wiped thickened film from eyes, showing the world that for BIPOC folx, the pandemic just made more visible legacies of living under colonial-cum-capitalist rule.

In spite of it all, we found ways to gather, share, and create. For those who may have missed Latinx comics cornucopia of 2020, I thought to share some triumphs for us all to cheer.

Little did we know in January at BCAF in San Francisco, followed by the LCX Animation Festival in Vegas, that a month or so later and we’d be gathering and sharing our wares solely via fiber optic lines. We moved our expos, shows, arts fests, and book launches into the virtual.

I don’t need to mention all the downsides to not being able to gather in person. I can say we all discovered different upsides, including meeting creators, scholars, and the public who might not have been able to travel.

The visible, material result across the board: off the chart attendance numbers. 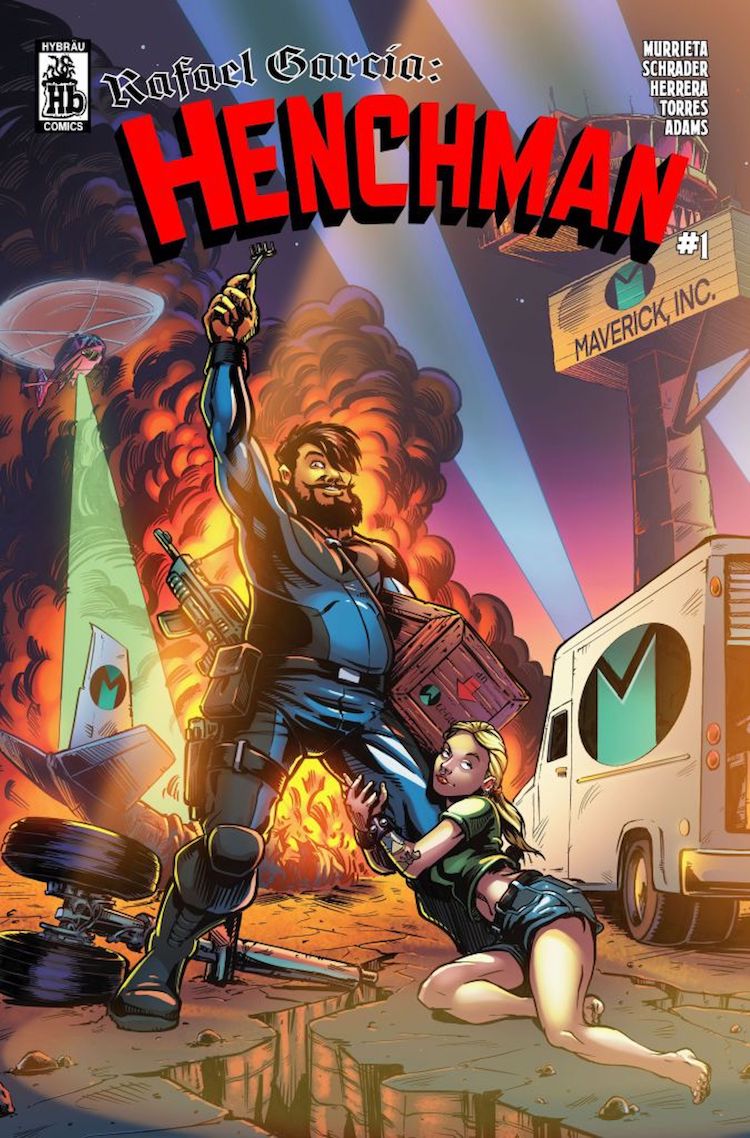 With the ugliness of squashed-flat sales hitting all, the internet platforms have allowed us all to throw down hard for one another, making sure to fund current and future projects.

Henry Barajas’s sequel to La Voz de M.A.Y.O. Tata Rambo, among many others.

And, Fanbase Press managed to get Sebastian Kadlecik’s Quince: The Definitive Bilingual Edition onto the Hoopla streaming platform for libraries across the U.S. 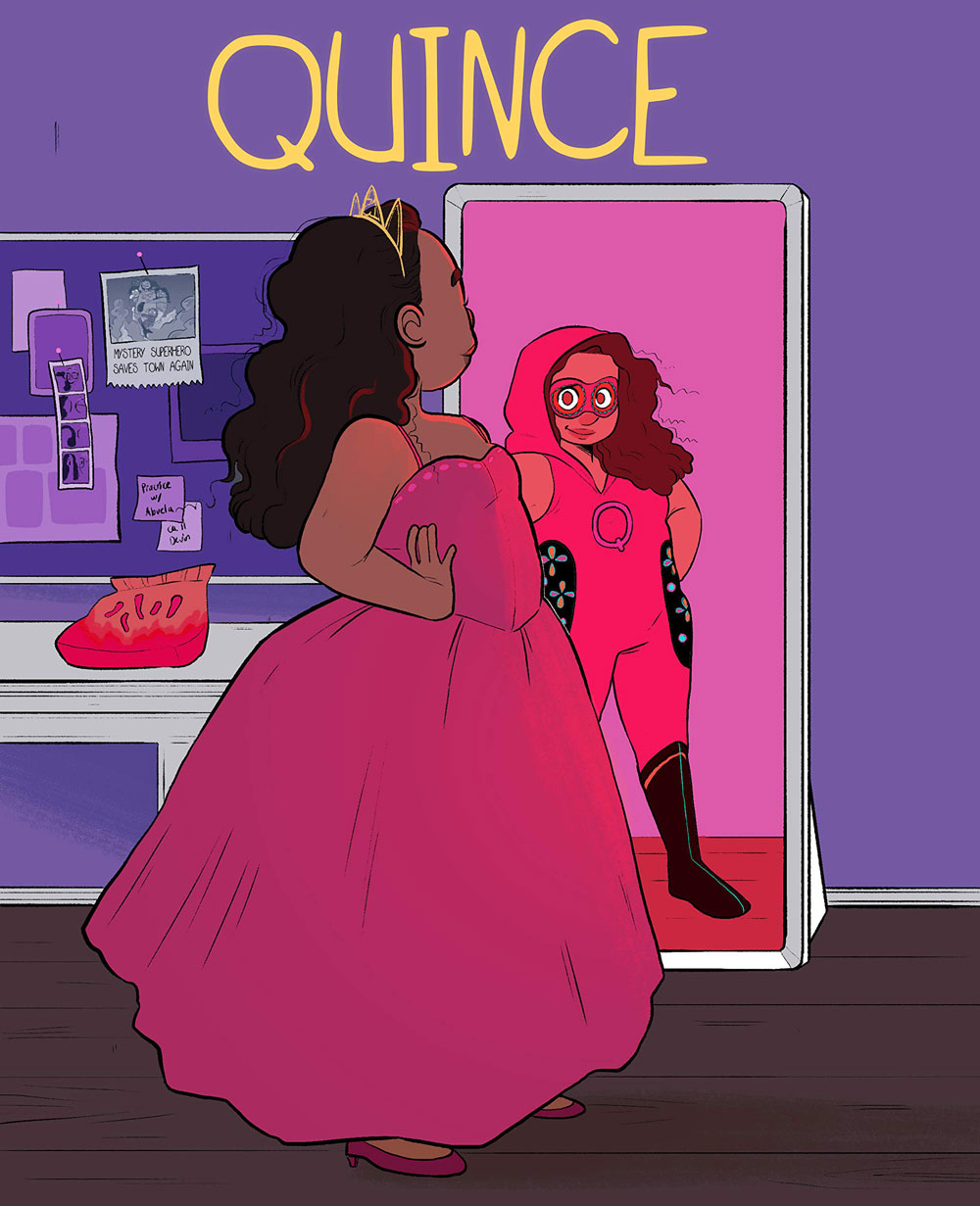 We’ve been going popcast-coco over Latinx comics and pop culture. I think readily of:

Shawn Taylor’s been blowing up with his Surviving Creativity podcast;

And, yes, my Professor Latinx channel with the Latinx Pop Lab and the Comics Scholars and Artists series.

We’re getting it done, and also in other publishing and dissemination spaces.

SDSU Press director Bill Nericcio’s publishing of José Alaniz’s The Phantom Zone and Other Stories: Comics and Prose in the Amatl Comex imprint. 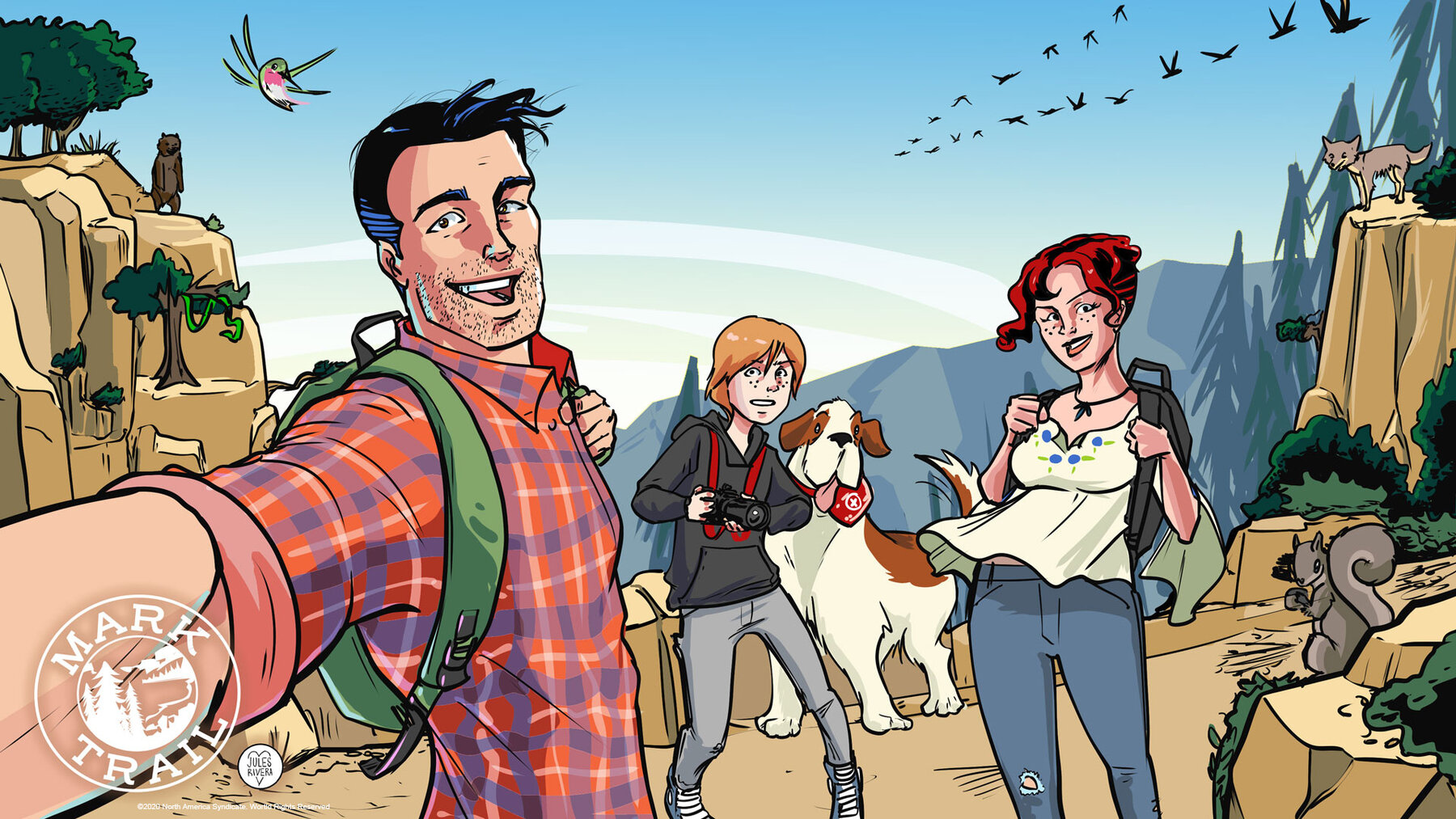 And, as usual, Latinx creators have been all over the media, including:

Héctor Rodriguez seemingly omnipresent on Spanish language news media sites (and also featured along with me, Ricardo, and Javi in Arturo Conde’s NBC piece on the significance of Latinx comics and expos)

And, Jules Rivera snap-crackle-popped comic book headlines when she was tapped to take over the long-running Mark Trail comic strip and its 150+ newspaper syndication

And get this, Lalo Alcaraz was nominated for a Pulitzer — a pinche PULITZER, folx!!!

We continue to build all sorts of resplendent Latinx comics storyworlds — for all tastes and age groups:

Chris Escobar and I published The Adventures of Chupacabra Charlie

Rhode Montijo continues to amaze with his The Gumazing Gum Girl!, publishing volume 4 “Cover Blown” of the series with Tween Gabby “Gum Girl” Gomez sleuthing out her ancestral heritage in Mexico

Alé Juvera drops us into the epic ups and downs of superhero Latinx teen Catalina in Xeno-Guardian: Red Visor Go!

Luke Martinez’s Iron Clad Press brought us the Samurai-inspired Balance as well as the galaxy adventurer La Vibora in  Daughter of the Underworld. 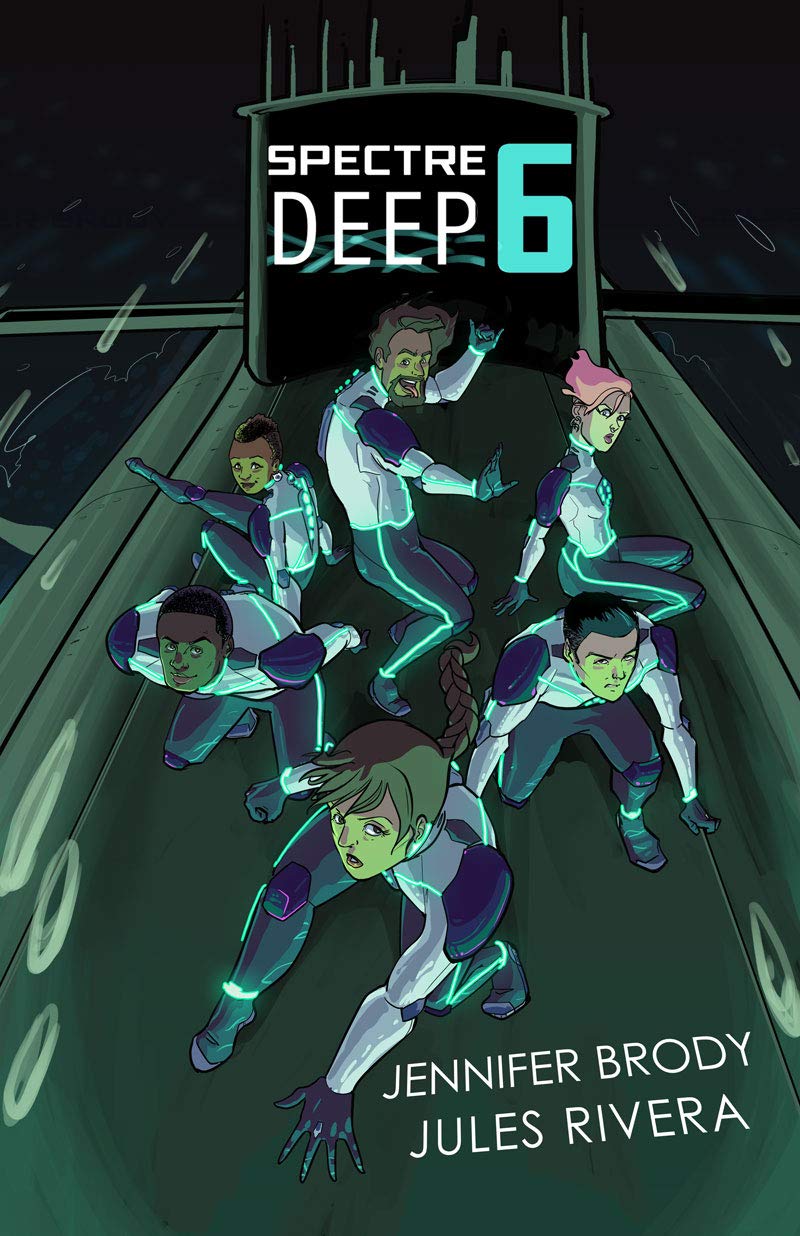 Ralph Henriquez (writer), Fachrul Reza Riva’I (artist) give us Fuerza #1 that follows the planet-saving adventures of Latina superhero, Jilliana Nieves as Fuerza, and her battles with extraterrestrial supervillains.

With the publication of Queztalcoatl, Mickey Martinez uses the speculative genre to build a non-patriarchal protagonized storyworld set in the past by creating the protagonist Quetzal a Latina.

Elvira & Ronnie Dukes published the Spanish edition of A.W.O.L. that follows Cruz and her adventures in the borderlands.

In this same vein, Daniel Parada continues to work on his Zotz series.

And, not only did Javier Solarzano publish issue 1 of Lucha Cat he took it the next level with the introduction of his LuchaCat Mobile. 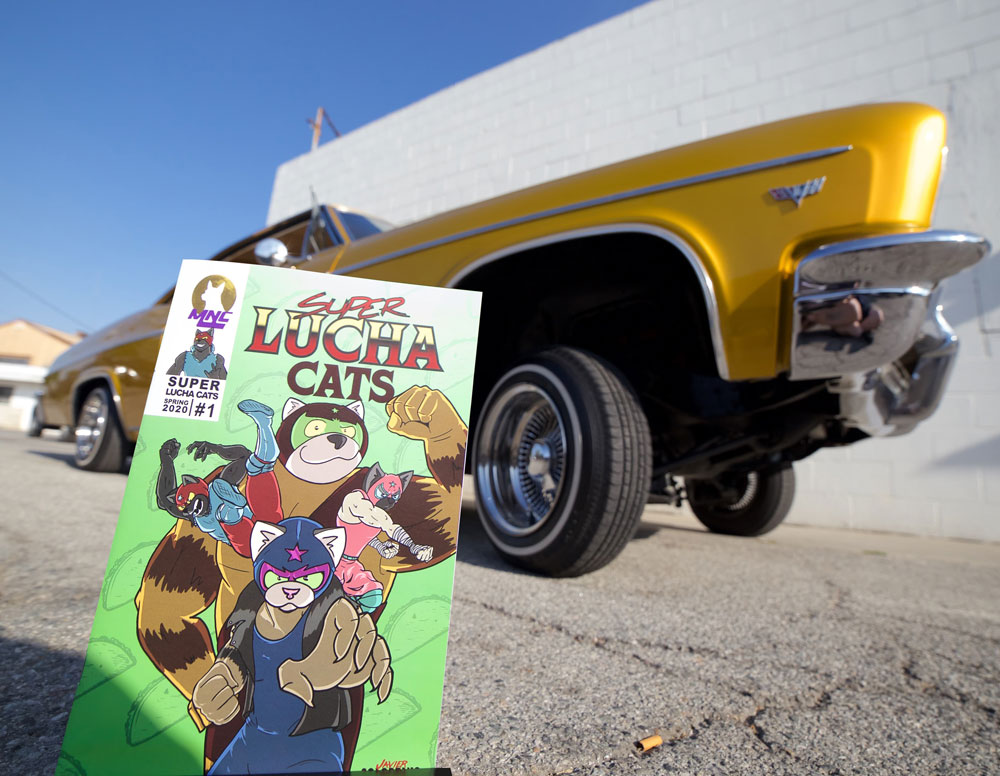 Latinx comics creators have continued to make significant inroads in nonfiction spaces, too.

Mauricio Cordero edited the monumental BorderX with its 70+ creators that all share different stories and perspectives about today’s border crisis.

Lawrence Lindell published his runaway successful, Still Couldn’t Afford Therapy, So I Made This, Again.

And Eric J. García and Lalo Alcaraz have been keeping us frosty on all things politica. 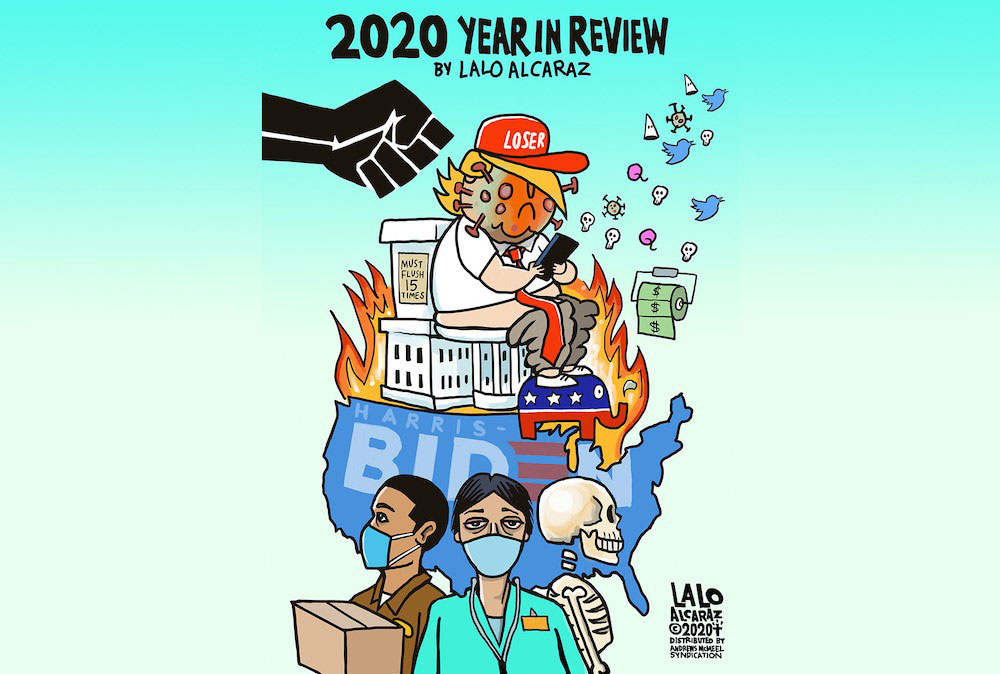 Meanwhile, Latinx illustrator, graphic artists, and animators have been creating up a storm.

In addition to stand-out work by Luis Tobon, Armando Ramirez and digital artist Kitty Pop, I think of Ernesto Cuevas, JR who continues to wear his many hats (print maker, illustrator, designer) and work with Latinx kids and community in San Antonio.

Nicky Rodriguez relocated to Colorado where she’s grabbing up illustration work, including all the extraordinary art for my next kid’s book.

Illustrator Pepe Melen’s turned at least some of his attention to the producing of supernatural comics series. 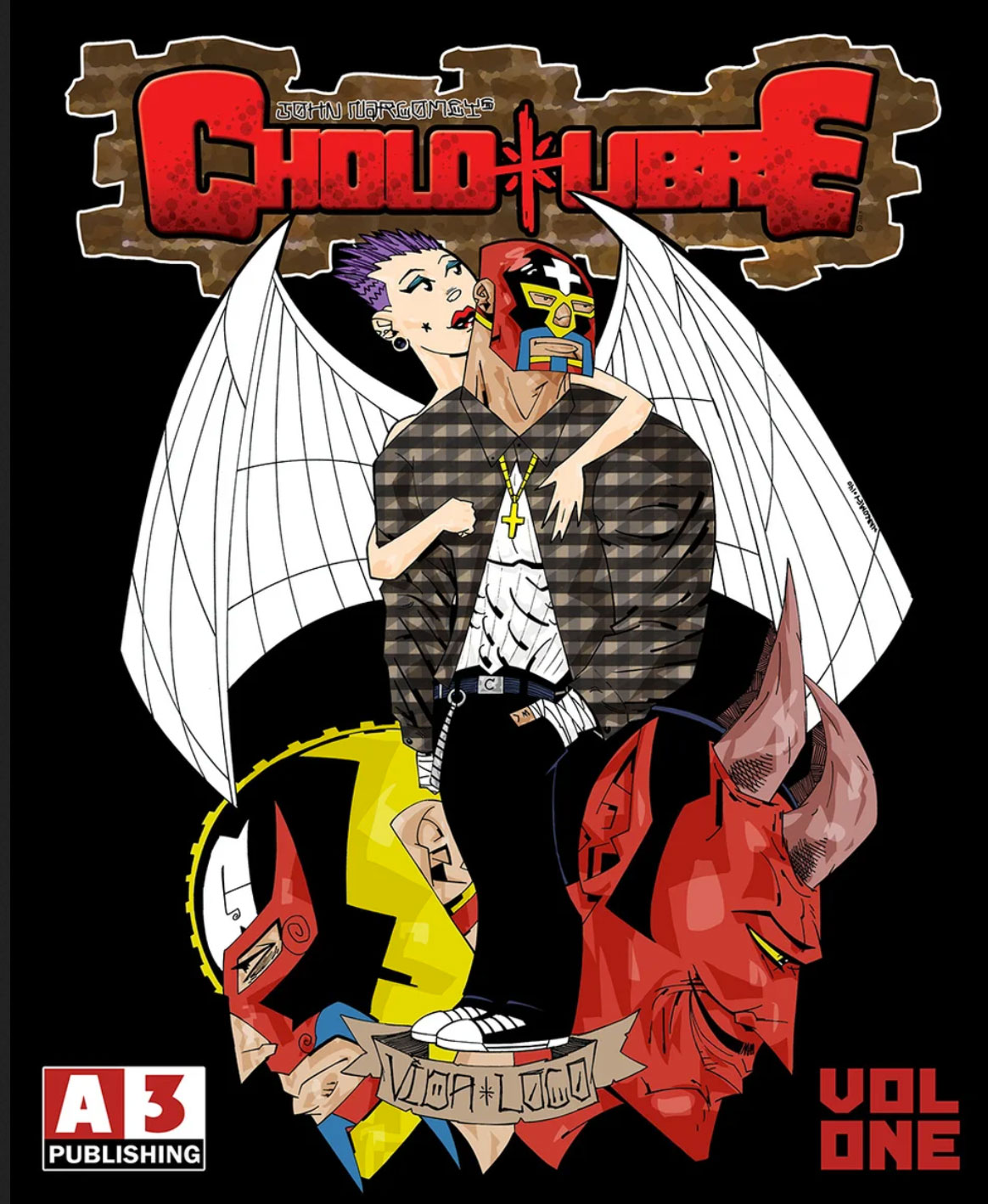 Eliana creates a hybrid comic/animation with her Cosmic Fish series. 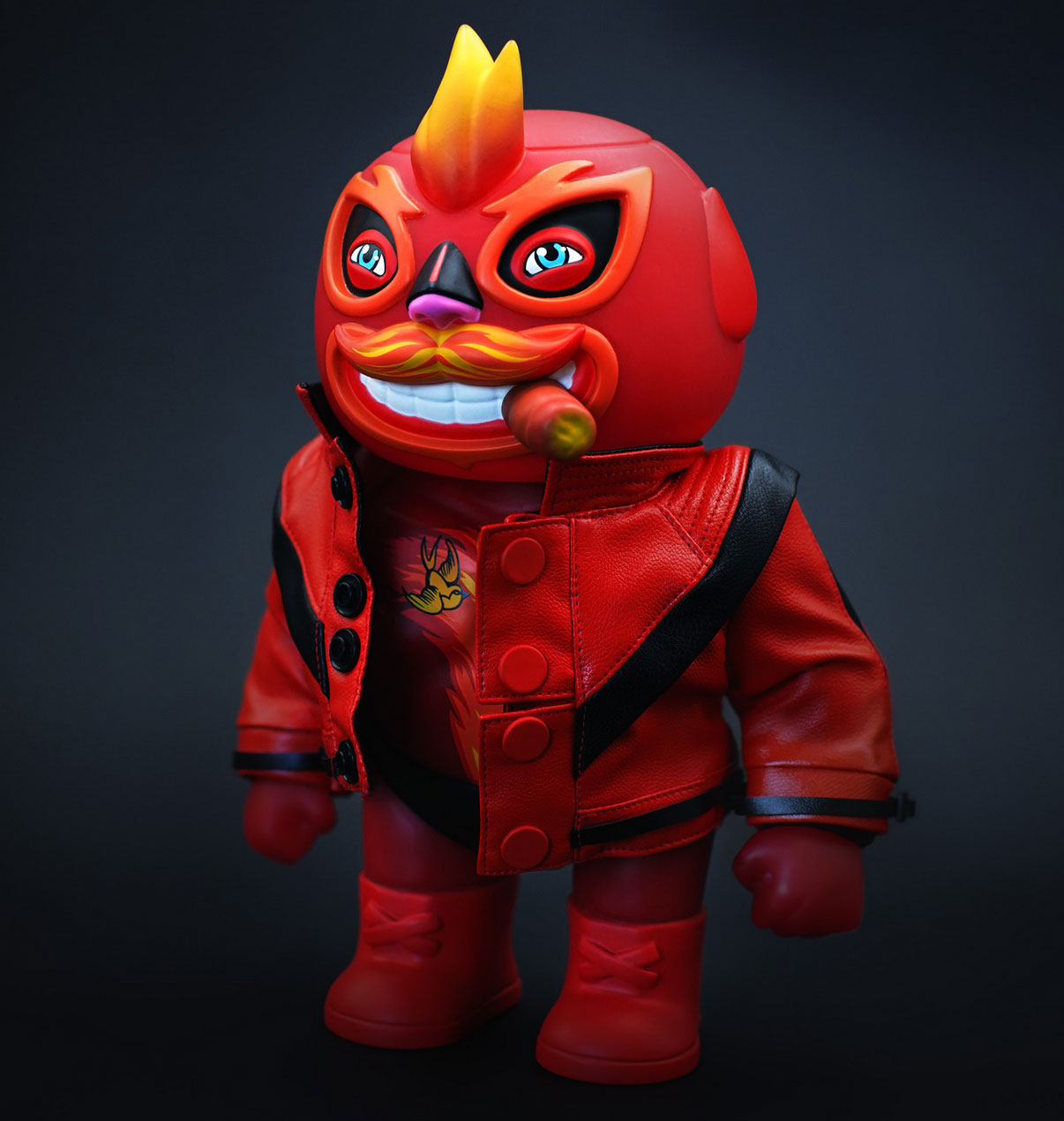 2020 witnessed several watersheds, too, in the area of Latinx comics scholarship.

Thanks to the heavy lifting of Katlin Marisol Sweeney and J.M. Hunter (currently MFA-ing at CCA), this year’s SÕLCON really saw the mind-melding between scholarship and creativity. Ditto for Dr. Theresa Rojas and LCAF at Modesto College. Dr. Jorge Santos picked up all sorts of awards and accolades for his Graphic Memories of the Civil Rights Movement, a book published in our (me and Chris González’s) World Comics and Graphic Nonfiction series. 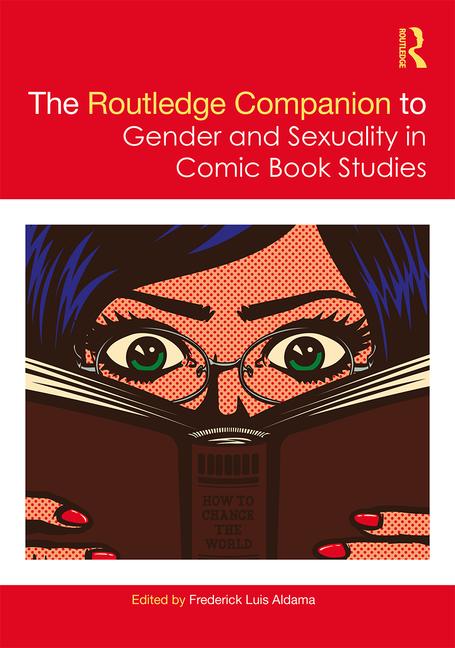 I published The Routledge Companion to Gender and Sexuality in Comics Studies, Graphic Indigeneity, and the Oxford Handbook of Comic Book Studies.

There was the academic-creator crossover  when Amatl Comex published José Alaniz’s The Phantom Zone and Other Stories. José is not only a world-renowned comics scholar, but also a creator of comics.

I had the pleasure of examining Dustin Garcia for his MFA exam at the California College of the Arts.

Finally, many of us had the great pleasure of being invited to drop in on Fernanda Díaz-Basteris’s course, “Decolonizing Comics: Latinx Graphic Narratives in the U.S.” at Cornell College.

Yes, it’s been “a shitty year,” as Henry Barajas so eloquently expresses.  But, we made it through. And, there’s so much to look forward to as we tip into 2021.

I’m not only thinking about all those funded projects mentioned at the beginning of this — and projects just born such ass Dustin Garcia’s MFA project, Masks. I’m thinking also of David Bowles & Raul’s graphic novel, Clockwork Curandera, Joaquín Cuevas Tellería and Alejandro Barrientos’s Spanish language sci-fi comic, Altopía, Maxi Rodriguez’s fleshing out of a story for her Latina superhero,  Gorda Poderosa, and, Giannina Braschi and Joamkim Lidengren’s United States of Banana, and other books I’m honored to be publishing in my Latinographix series.