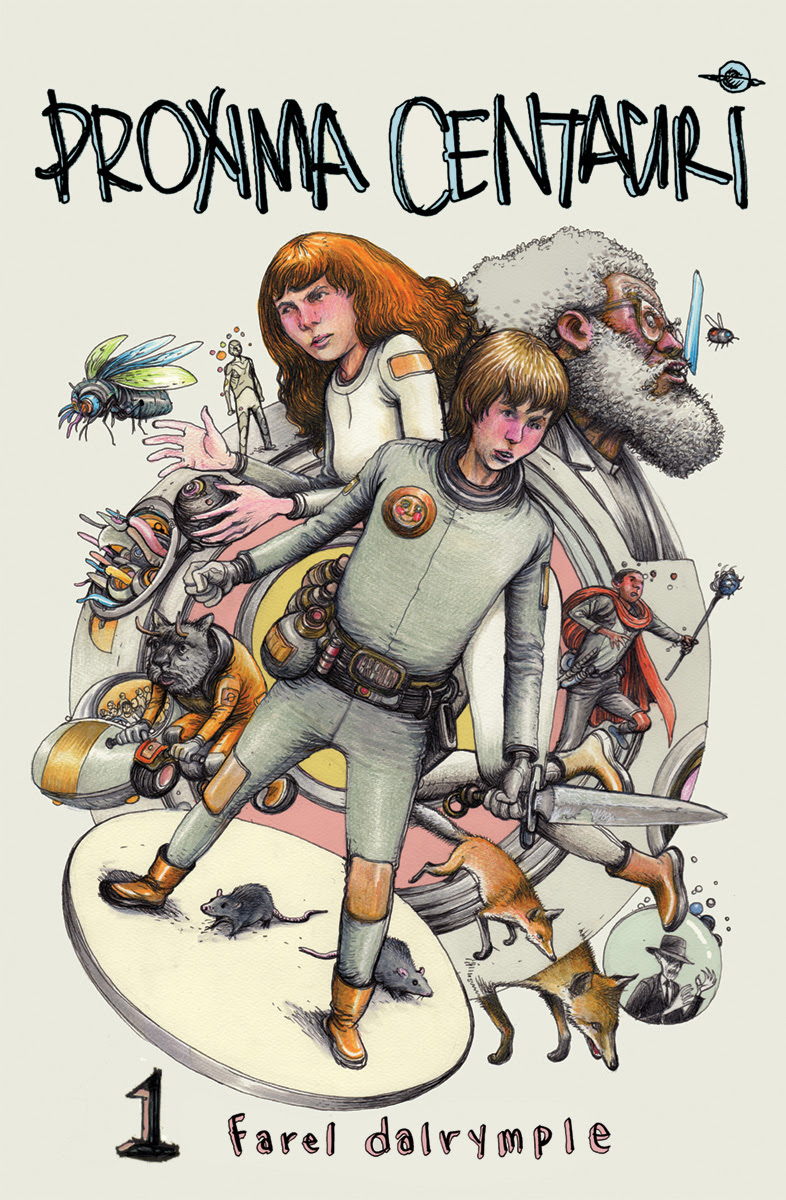 PORTLAND, OR, 03/19/2018 — Renowned cartoonist Farel Dalrymple (POP GUN WAR, The Wrenchies) will release two very different companions to The Wrenchies this June: the first issue of the miniseries PROXIMA CENTAURI, and a paperback collection of IT WILL ALL HURT.

PROXIMA CENTAURI is a psychedelic science fantasy action comic book drama that follows one of the protagonists of The Wrenchies: teenage wizard adventurer Sherwood Breadcoat. Sherwood is currently stuck on Proxima Centauri, a manufactured dimensional sphere 4.243 light-years from Earth. He’s on the prowl for an escape from its confounding spectral zone—and for a way back to his brother—but he also has to deal with his confusing emotions, alien creatures, and all sorts of unknown, fantastic dangers.

“I wanted PROXIMA CENTAURI to be a fun action comic with a protagonist who is an entitled, self-centered, whiney, and unwittingly powerful (privileged) teenager frustrated by the world around him,” said Dalrymple. “Sherwood feels isolated, lonely, and powerless to stop himself from repeating the same mistakes over and over, while failing to see all the beauty of his surroundings and the love of his friends. It’s all about enjoying the journey instead of anticipating the destination.”

IT WILL ALL HURT also takes place in the same world as The Wrenchies. Alemendra Clementine and her crew of anti-social adventurers must come together to take down an evil wizard in this weird, sad, silly, sketchy, dreamy watercolor fantasy action quest. This new paperback edition collects the entire Eisner-nominated webcomic, plus all-new, never-before-seen material.

“Inspired by the Moebius short story Absoluten Calfeutrail, I started IT WILL ALL HURT as a stream-of-consciousness exercise, and a way to get some quick unfiltered comics out while working on The Wrenchies,” said Dalrymple. “It was the most fun I have ever had making comics.”

IT WILL ALL HURT will arrive in bookstores Tuesday, June 19th, and is available for preorder via Amazon, Barnes & Noble, Indiebound, Indigo, and Books-A-Million.

Select praise for the works of Farel Dalrymple:

“Dalrymple’s art is impeccable… It’s beautiful, dreamy and nightmarishly violent… Not for the faint of heart, but what a ride for those who go with the flow.” ―Kirkus Reviews

“PROXIMA CENTAURI is freeform fun mixed with mind-bending high-adventure and coated in deliberate psychedelics; it embodies everything I love about Dalrymple. One of the best comics I’ve read by one of the best creators of my generation. ” —Rick Remender

“Even though he has a shelf of awards by now, Dalrymple still seems to me to be under-read and low-profile in the medium. He’s one of those creators that people should be talking about every day.” —Warren Ellis

“Dalrymple takes a deep affection for comics and role-playing games and a deep distrust for adulthood itself and combines the two in an offering unlike anything else in the field today.” ―Booklist (starred review of The Wrenchies) 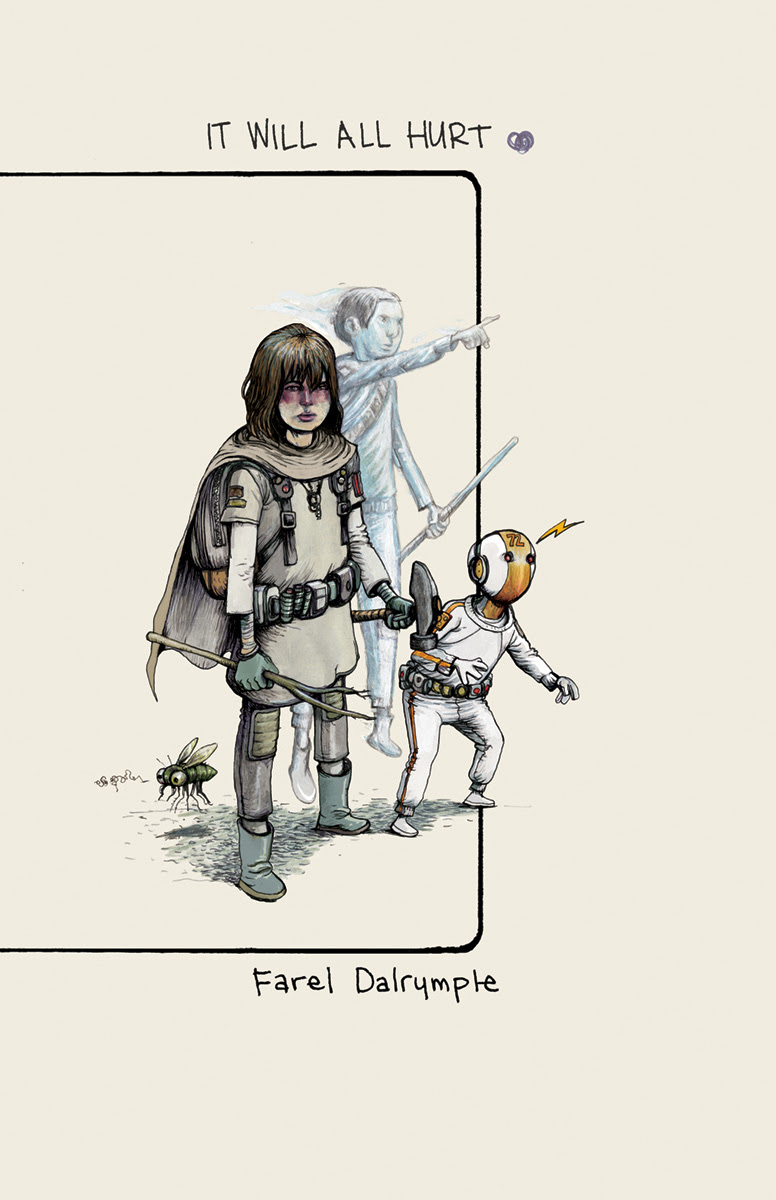