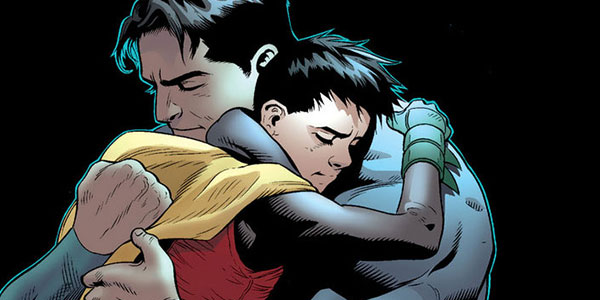 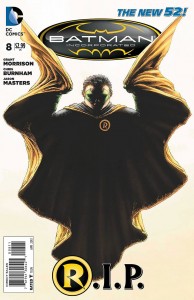 Yes, it was planned all along. Yes, writers who have told us great stories with Damian over the past few years always knew that it would end here. Yes, editorial is supporting the decision of a creator, an area of complaint when not done.

Here’s the deal. I never liked Damian. I tried reading Morrison’s Batman over and over and always found it grating. I have always maintained that Morrison is not well served by a shared universe. He does not play well with others. Morrison likes to tell his story and to hell with anyone who might also be using the character because his vision comes first.

This is not just Batman. I first noticed this decades ago when he was writing Animal Man. He resented that they wanted to include Animal Man in Justice League Europe and aside from a single issue (a classic in itself) seemed to go out of his way to make the character unusable in the other book. Morrison wants to tell his story and he should do just that, work in his own world.

A shared universe is just that – shared. The needs of the many, and all that. Often one writer may come to the lead, as has happened with Scott Snyder since the relaunch. Snyder’s vision has become the driving force of the narrative, often for good but sometimes for ill. When I hear of serious fans suspending their collecting of the other books because of how pointless the tie-ins will be, something isn’t quite working.

I didn’t like Morrison’s take on Batman, and Batman Incorporated has felt like a hangover from pre-Flashpoint all along. Leviathan Strikes even had to be noted that it was a pre-Flashpoint story.

So why does it make me sad that Damian died? 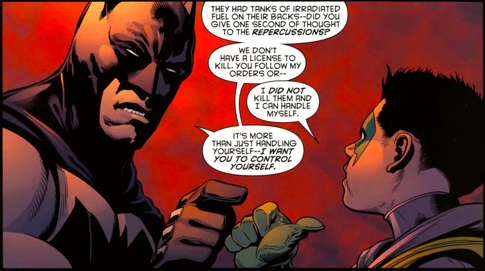 In a year and a half, Tomasi has developed Damian into a dynamic, engaging and complex character. I cared for the little maniac for the first time. I expect the Batman and Robin Annual to be in my top comics of the year in 10 months. This was the month I hoped they would make it a Robin solo book, not the month that name disappeared from the cover. 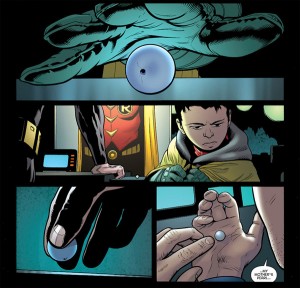 Grant Morrison is a lame duck writer. He has 4 issues left of Batman Incorporated and has said that is the end of his time in the world of monthly mainstream heroes. What we are left with is an exiting writer of the lowest-selling Batman book setting the narrative tone for the next year of stories.

From Morrison’s perspective, he is returning Batman to the status quo he started with. But he hasn’t been the lead Batman writer in close to two years. Instead, by killing Damian on his way out, Morrison is salting the earth behind him. This isn’t status quo. We are left with a broken Batman and an endless crossover that pays off a narrative 2/3rds of Batman readers have no connection to.

I’m not angry Damian is dead. I’m disappointed that the great work Snyder and Tomasi in particular have done is being undone to pay off a 6 year old story that I don’t have the slightest interest in. Instead of leaving a legacy of having built something, Morrison leaves a wound on the Bat family that others will have to clean up after him.

Shame on you, Grant Morrison.

Keith is the co-host of the podcast We Talk Comics and says that the death of Damian Wayne had better not mess with Lil’ Gotham or there will be hell to pay.