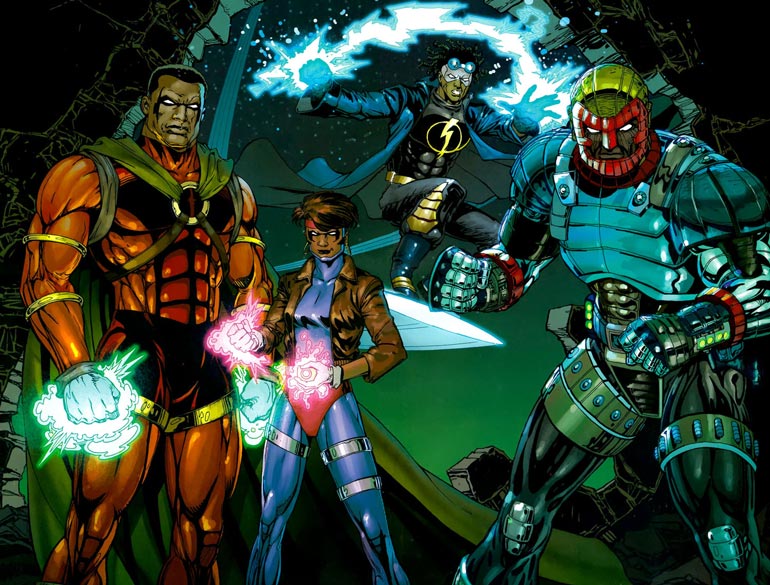 It’s sad to say, but it’s the last day of the Representation and Health Black History Spectacular. For the twenty-eight days prior, I’ve looked at some astounding Black characters, from Monica Rambeau to Anissa Pierce and Isaiah Bradley to Virgil Hawkins. Today, though, I wanted to take a slightly different spin.

For the last day of the Spectacular, I would like to look at creators rather than characters. Creators, whether through art or writing, bring these characters and their narratives to life. They also bring their own perspectives to the table, which is why I think it’s vastly important to give jobs to diverse creators but also have diverse characters helmed by non-White people. So, we are going to discuss some Black creators of today and yesterday and how they help enhance representation of Black people. 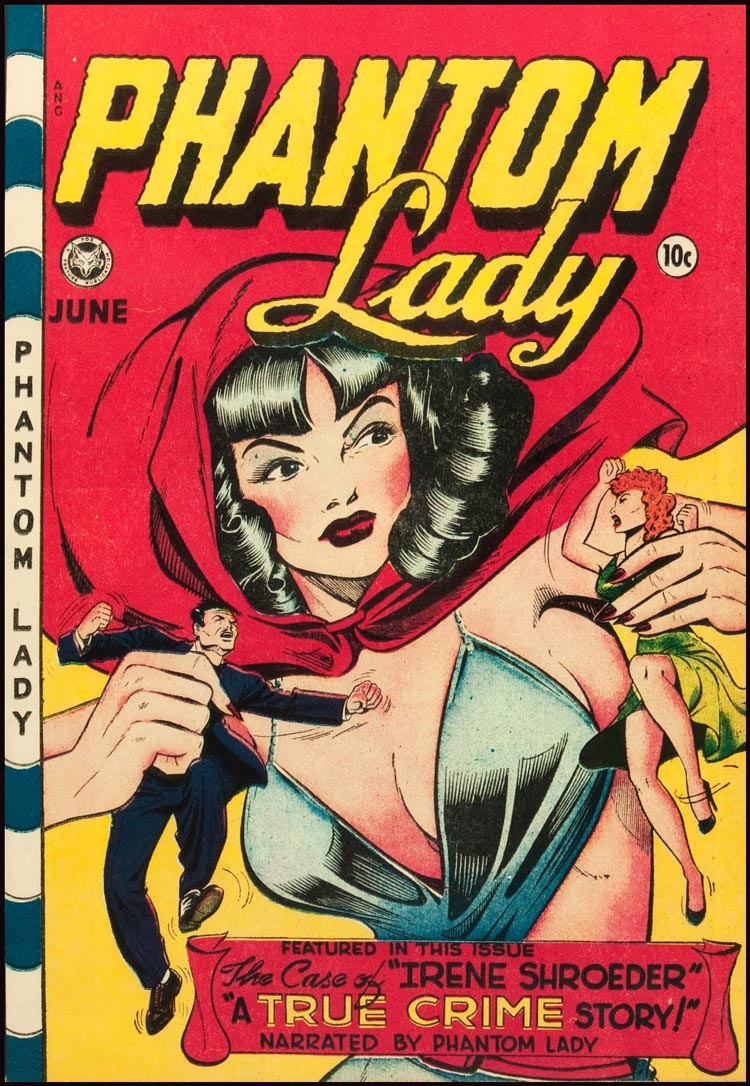 The history of Black creators goes back to at least the 1940s, in which Matt Baker, known as one of the first successful Black artists in comics, worked on titles like Jumbo Comics and Phantom Lady, redefining the latter superhero’s iconic look. Through the years, Black creators would have a profound, though often ignored, impact on the comic industry. Yet, their influence on the comic industry is something rarely spoken of. This needs to change, and part of my mission today is to shed light on some awesome people making comics.

While many Black owned comic publishers are small and independent, there are few as famous as Milestone Media, which gave us heroes like Static Shock, Icon, and Hardware. This company was founded by four Black men: Dwayne McDuffie, Denys Cowan, Michael Davis, and Derek T. Dingle, who felt that comics needed to step their game up regarding representation.

With a slew of creators, they would make stories that included a wide variety of races and ethnicities, as well as queer characters like Fade, Masquerade, who was likely the first Black trans character in comics, and Rick, Virgil’s gay best friend. McDuffie in particular would have a longtime effect on the industry and its fans, as he was an outspoken advocate for improved representation of marginalized people. He is still dearly missed to this day after his passing in 2011.

Through the years, many comic book artists have brought some of our favorite characters to life through their talent for illustration. Ron Wilson worked on art for Marvel in the 70s and 80s, his biggest projects being Marvel Two-in-One and The Thing. Other artists like Doug Braithwaite have done major projects with the likes of Alex Ross, including Justice, and art on many Big Two series. Artists like Chuck Patton have left a major impact on the industry, as he worked on Justice League of America during its Detroit tenure and created the character Vibe, so if you love Cisco on The Flash send Patton some thanks! 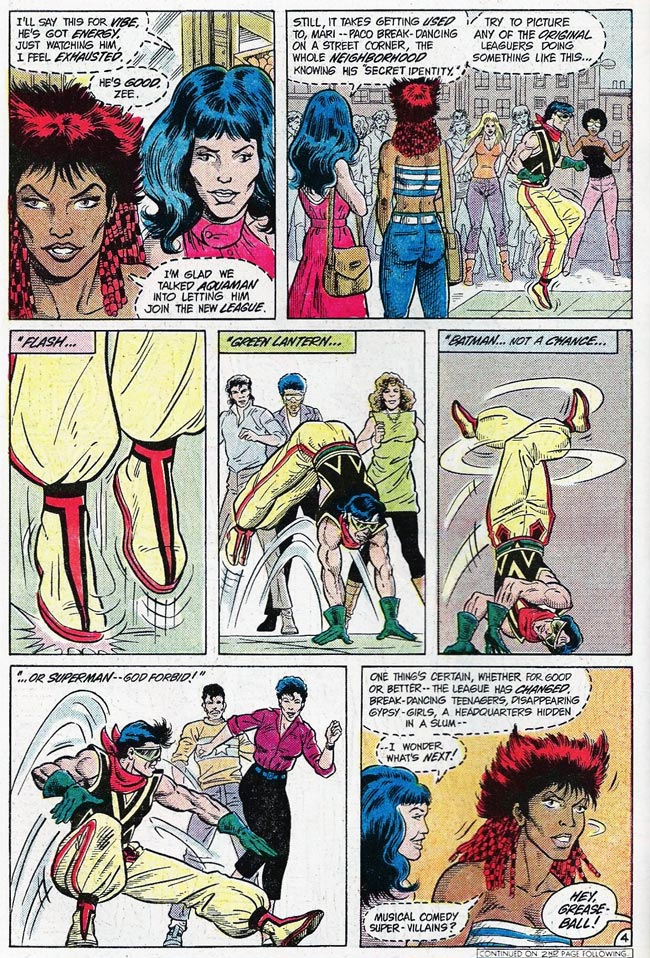 More modern artists have helped to bring the industry into the future, making their own contributions. Darryl Banks, who has worked on a variety of series including Innovation Publishing titles Cyberpunk and The Justice Machine, co-created Kyle Rayner, one of Earth’s foremost and my favorite Green Lanterns and, and drew much of Kyle’s major run in the 90s. Jamal Igle has been an artist on a multitude of DC Comics titles, most notably Firestorm and Supergirl, and has his own series currently, entitled Molly Danger. One Black artist on the scene is Sanford Greene, who lent his pen to the Secret Wars: Runaways title and is now working panel to panel in for the new series Power Man and Iron Fist which debuted this month. 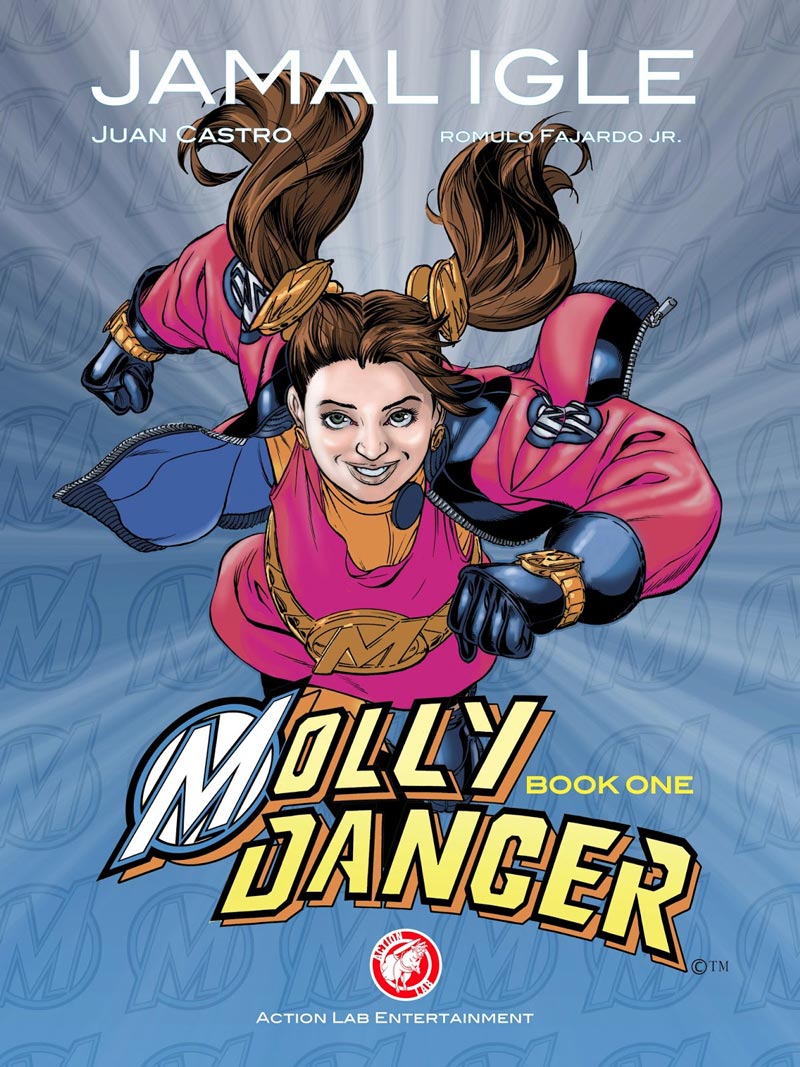 While many Black creators for comics seem to be disproportionately artists, there are others whose gift of scribe have fleshed out comic characters in the Big Two and beyond. Eric Wallace has worked on titles such as the relaunch of Titans and Mister Terrific during the New 52 epoch of DC Comics.

Reginald Hudlin wrote one of my favorite runs of Black Panther, which would go on to introduce the marriage of the title character to Storm and his sister wearing the Panther mask. Christopher Priest, sometimes known simply as Priest, also did work on Black Panther, and had some truly amazing stories in series like Steel and Power Man and Iron Fist, and was involved in the establishment of Milestone Media. David F. Walker is currently writing Cyborg for DC comics and the revival of Power Man and Iron Fist for Marvel.

Even if the comics industry is inundated with men, there are still some Black women who have done work with big publishers. Afua Richardson, triple threat illustrator, has worked on titles like Genius for Top Cow, and artist Alitha Martinez has done work for series such as the New 52 Batgirl and Voltron: Defender of the Universe. Felicia Henderson wrote an amazing run of Teen Titans which featured an all-star line-up including Virgil Hawkins, Raven, and Cassie Sandsmark, while Mikki Kendall recently wrote for the series Swords of Sorrow and has many other projects that have been published. Two Black women currently doing work for the Big Two are Natacha Bustos, doing some stellar art on Moon Girl and Devil Dinosaur, and Britney L. Williams, whose artistic style has made Patsy Walker aka Hellcat even more awesome. 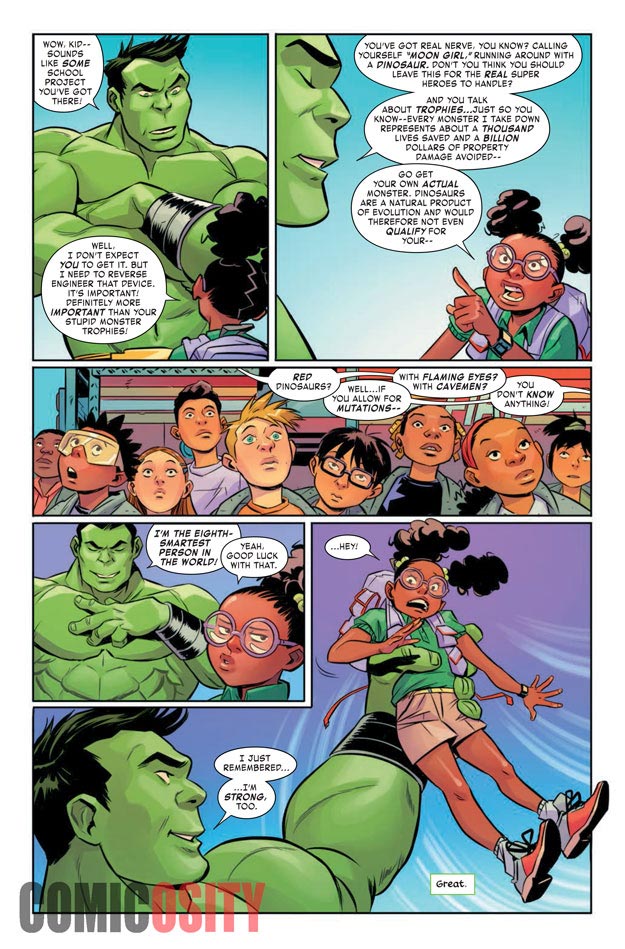 There’s also a handful of Black LGBTQ artists doing work online. I found this information thanks to the handy LGBTQ Cartoonists of Color database, which chronicles many diverse creators who may not be connected to major publishers. Within this group of creators is J.N. Monk, who writes the absolutely beautiful StarHammer, and Higu Rose, whose art is absolutely stunning and running through a slew of series. Also among these creators is the awesome H.D. Harris, artist on the ongoing Wonderverse and creator of The Amara Scrolls. He has a great Twitter presence and both of his series are full of charismatic art and wonderful effects with color and brightness.

This is by no means an exhaustive list, but I wanted to talk about at least some of these creators for a reason. For a month I’ve been discussing Black characters and narratives and what about them is integral to the use of comics as a healing medium. Never forget that people are behind these characters. Even under the Black umbrella, many of them are diverse, even if the mainstream comics publishing world does not always recognize that. These people need to create our narratives because they’re more likely to get them right. There are problematic elements in many Black characters created by White people that we need to address, and diversifying the pool of Black creators in terms of gender, sexual orientation, ability, and other intersecting identities is important for making our stories more real. 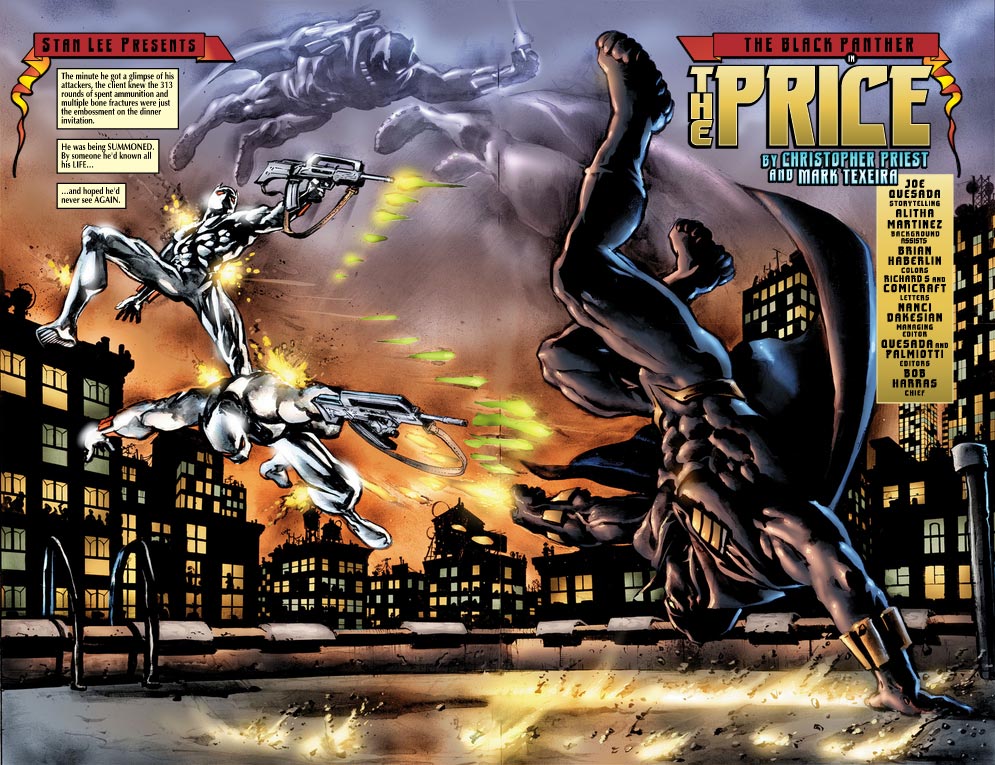 When doing this research, I realized a couple of things. For one, there are way less Black creators than I initially thought. Second, it’s hard to find good and comprehensive info on Black creators. This needs to change, and it’s why people like Vixen of VixenVarsity.com and BlackComicsMonth.com are needed in chronicling Blackness through all sorts of avenues in comics, whether characters, creators, or publishers. She’s done a stellar job this month and over the past year of promoting Black comics, and I admire her for her work, but also her dedication to boosting queer people and women involved in comics. She also has a list of free comics by Black creators like Concrete Park by Erika Alexander, famously known as Maxine from Living Single, and Tony Puryear (which ends on February 29th!). 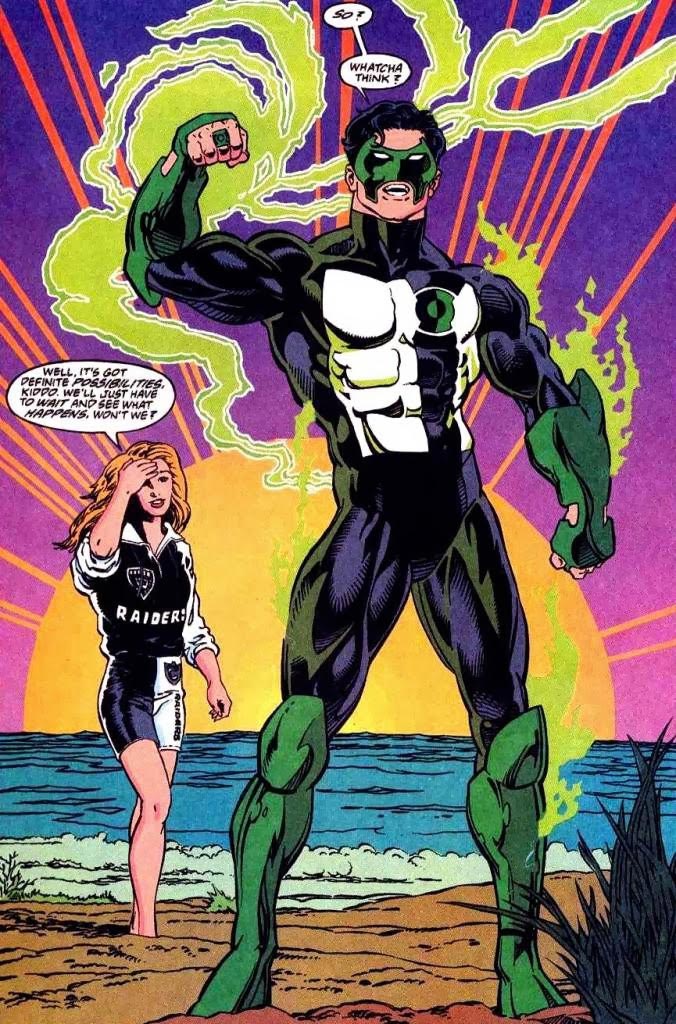 Who are some creators you feel are worth mentioning? How do you feel about the state of Black creators in comics, whether large publishers or online webcomics? Let me know on Twitter at @80Grey and delight yourself with the rest of this month’s Representation and Health Black History Spectacular articles! If there’s a creator I missed or that you want boosted, including yourself, shoot me a tweet and I will be sure to RT!

Thank y’all for sticking this month long celebration out with me, especially our editors Matt and Aaron, who did extra work to help me roll out this project and for whom I am assuredly grateful. I’ve enjoyed all the feedback and am honored to have spoken with many of you. Your support was amazing and I will never forget it.