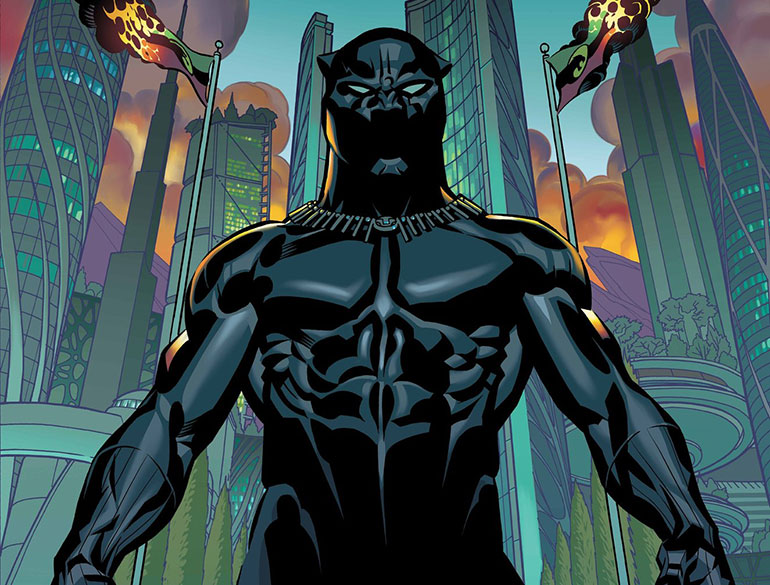 Welcome to the next installment of the Representation and Health Black History Spectacular! Today’s focus is someone I don’t think I could’ve left off the list, though I honestly came close. Yet, my awesome friend Ty (@TyDugganWrites) encouraged me to write from my personal relationship with Black Panther and what he represents but also what I hope he conveys as his new series rolls out in April. Therefore, let’s discuss T’Challa, also known as the Black Panther! 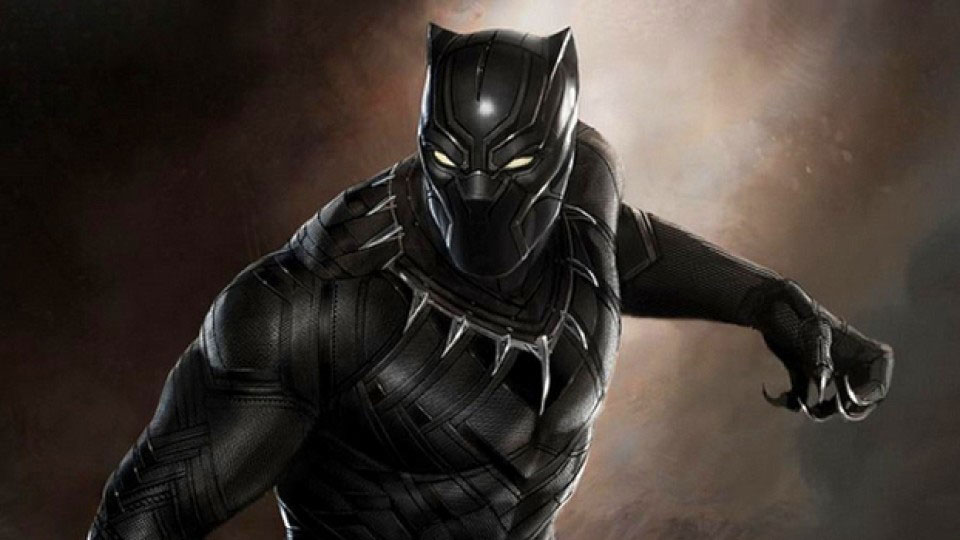 T’Challa’s first appearance came in Fantastic Four #52. He invites the Fantastic Four to Wakanda to hunt them, so that he may test his own mettle in preparation for a battle with the sonorous Dr. Klaw. T’Challa would go on to have other adventures with the team and heroes like Captain America, eventually joining the Avengers in Avengers #52.

From here, he spent his time bouncing from the States to Wakanda, dealing with issues like Killmonger, one of his worst enemies, and a brain aneurysm that threatens his country. He later marries Storm of the X-Men and soon after passes on his Panther title to his sister, Shuri. Through the years he would help with large scale conflicts like the Onslaught saga, the superhero Civil War, and the Skrull Secret Invasion.

T’Challa briefly takes up the mantle of the Hell’s Kitchen Devil at the behest of Matt Murdock, immersing himself in the dark and complex world of the Daredevil. He later witnesses the near annihilation of Wakanda during the events of Avengers vs. X-Men (where he also smacks Tony and tells him about himself) at the hands of Namor, after which his marriage to Storm ends. During the events of Secret Wars, he manages to escape the cataclysmic convergence of the 616 and 1610, helping to resist Dr. Doom at the culmination of the story. T’Challa now works from the Triskelion with the help of the Ultimates, seeking to remedy some of the Marvel universe’s biggest scientific and interstellar conundrums.

Condensing 50 years of history for one of the most prominent Black character was no easy feat, and there’s a lot to unpack. In his first appearances, T’Challa has to deal with some casual racism from Ben Grimm, and he later goes on to fight overt racists in the Ku Klux Klan. From dealing with international relations to carrying on traditions from his home, T’Challa has his work cut out for him.

In the context of this column, I don’t know if I’d truly have the space to work through every reason why he’s such an important character. So, as Ty recommended, I’m going to look at the Black Panther through the lens of his presence in the Marvel Universe and what I draw from that.

For one, as I talked about in the Batwing article, having a specific African locale is of supreme importance. Too often the entire continent is treated like a gigantic monolith, as is Black culture, in turn forgetting that Africa holds a multitude of countries, cultures, languages, and heritage. While Wakanda is fictional, at least we have a name for where a character hails from.

T’Challa is also at the helm of one of the most advanced societies on the globe, a direct contrast to images of Africa as primitive. Wakanda’s primary resource, vibranium, is vital in the Marvel world, and he has helped his nation use this to its advantage and rise to the level of a global player. In his introduction, Ben Grimm repeatedly remarks that he’s incredulous that an African nation could be so advanced, a racist assumption that is carried on today. 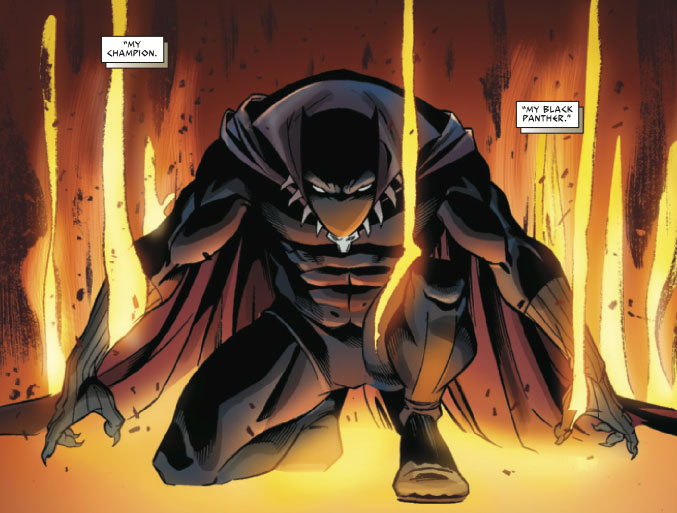 T’Challa helps to expand narratives of African Blackness beyond that of tribespeople. He represents a rich cultural heritage that is grounded in tradition but that is also not afraid to embrace change and technological advances. His image is important because it challenges the idea that all Africans are woefully left behind in a world influenced by media and technology.

For perspective, consider that many people on Twitter are from African countries and regularly discuss issues endemic to them, from the racial divide still felt in South Africa to the issues with government in Nigeria. To assume that African countries are full of deserts and mud huts is extremely nearsighted and grounded in an understanding of Africa based on White racism and supremacy. There are many beautiful, glittering cities and people who take up the cause of social justice within various African countries. This is not the image that reaches the mainstream media but that is somewhat captured in the image of Wakanda.

Apart from his country, I appreciate T’Challa as a character who is a natural leader and works for the welfare of his people, but also is able to create emotional connections with other characters. Through his actions and his conscience, he has gained the mutual respect of many characters, especially Black heroes like Sam Wilson and Monica Rambeau. These relationships came to the forefront with his role in Civil War.

After meeting with Latveria, Attilan, and Atlantis, T’Challa decides to advocate against the Superhuman Registration Act, understanding the risk to his nation and his people. Yet, he also recognized that allowing the SRA to persist would violate his ethics, similar to his reasons for denouncing the formation of the Illuminati, as well as his desire to protect oppressed and marginalized people. T’Challa’s relationship with Reed Richards in particular is grounded in a connection that many Black men may not feel comfortable expressing, which was unfortunately challenged by Civil War. There are some really stellar moments during T’Challa’s Civil War arc, which I highly suggest you read. 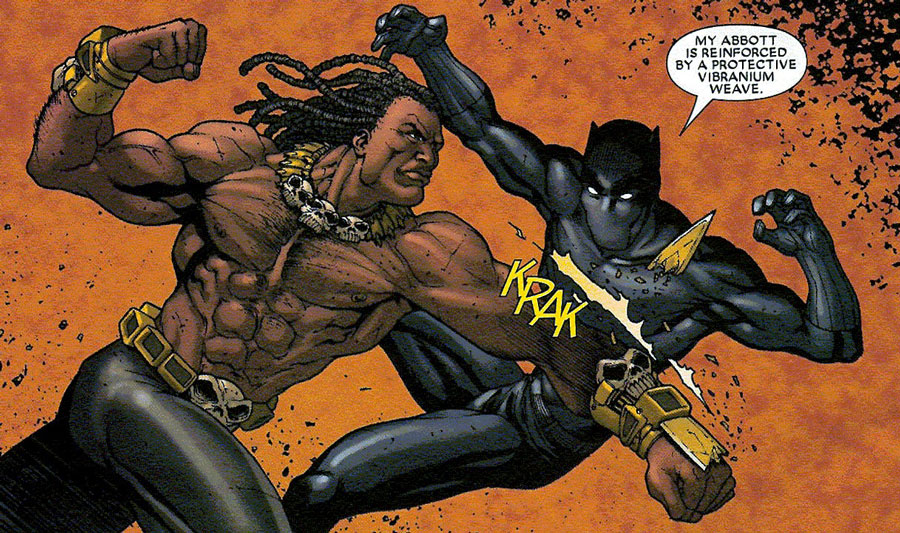 Codes of hypermasculinity within our culture often harm intimate relationships with other men, impeding on the ability to connect and emote. T’Challa’s compassionate qualities help him to rule Wakanda not with an iron fist, but with a sense of protection and beneficence that works for the welfare of all of his citizens. Having characters like him means that we see Black masculinity not through aggression or dominance, but a sense of reflexive caretaking. He faces hard decisions, whether as a king, a diplomat, or a hero, but manages to do so in a manner reflective of his personal integrity.

Throughout his history, T’Challa has been an integral part of the Marvel Universe. He is honorable, honest, and heroic, donning his mask to protect a wide variety of people. His ties to his heritage and his desire to help his Wakandan people lend to his strengths as a hero, and he helps to dash views of Black men and Africans, but also to provide a semblance of humanity in a world dominated by superhumans. He has found a way to balance assertion and yielding, technology and tradition, and thus cement himself as a major figure in the Marvel universe that captures the dynamism of Black men unencumbered by the need for dominance over others. 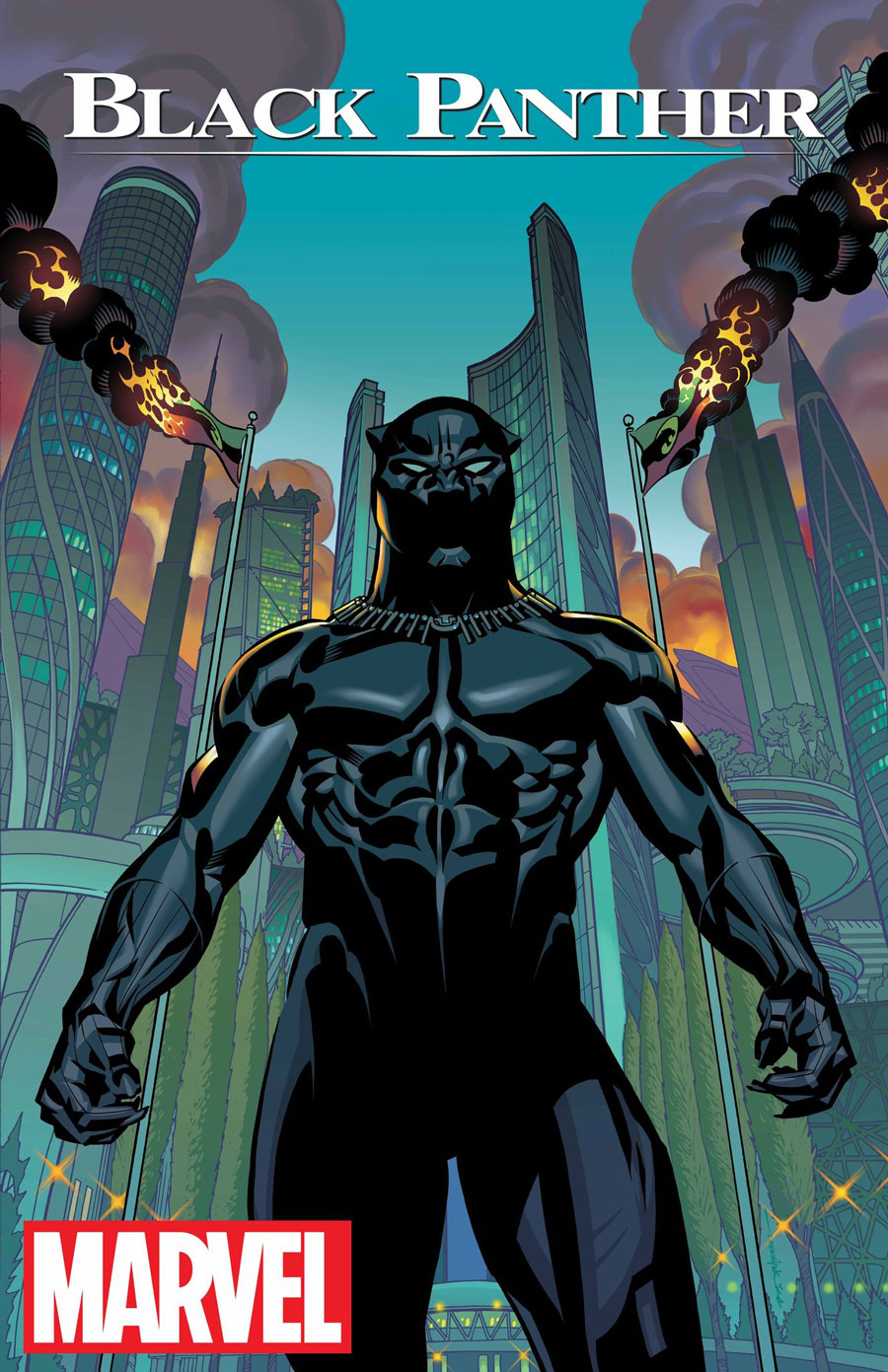 What value do you see in Black Panther? How important is he as one of the first major Black icons in comics? Let me know on Twitter at @80Grey, and be sure to check out the rest of the Representation and Health Black History Spectacular through the month (and catch up on this week’s articles)!