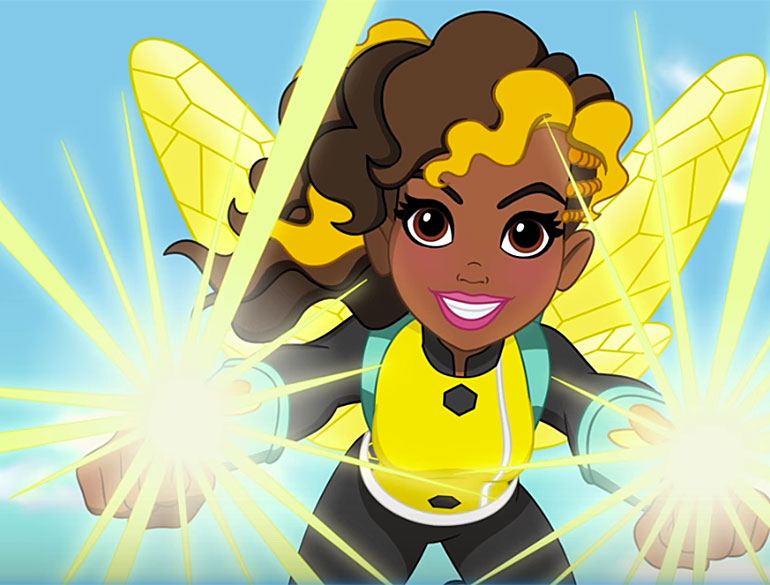 Hello and welcome to another chapter of the Representation and Health Black History Spectacular! As I was planning this project, I consulted with our awesome Editor-in-Chief Aaron and Senior Editor Matt about who to include. They both agreed on Bumblebee, which made me happy because she is one of my favorite Titans. From the first time I saw her on the Teen Titans animated series, Bee had my attention. So, here is the focus of today’s column: Karen Beecher-Duncan, aka Bumblebee! 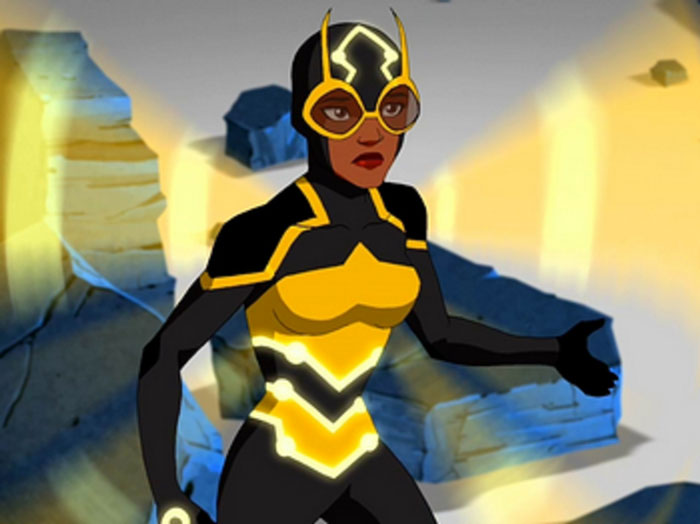 Karen started her own buzz when she helped her then-boyfriend, Mal Duncan, also known as Vox and Herald, show the Titans his skills. The Titans were impressed enough to offer her membership. While her first official appearance was in Teen Titans #45, she wouldn’t don the costume until issue #48. Since her first appearance, Karen has gone on adventures with the Teen Titans and even hung up her wings to continue life with Mal.

While maintaining an off-on relationship with superheroics, Karen participates in the intergalactic conflict during Infinite Crisis, unfortunately affected by a massive Zeta Ray which left her six inches tall. With Mal, she joins the Doom Patrol, though they later divorce, and she is present during the large-scale fight with Superboy Prime. Karen is currently active in the DC universe and is again married to Mal and expecting a child. 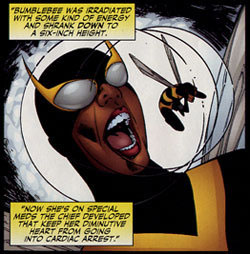 What strikes me about Karen is that she doesn’t have the most extensive publication history. Most of her appearances are relatively insular and she does not show up too many times outside of specific teams or stories. I pored through her publication history and found that, outside of Doom Patrol and her stint with the Titans, Karen’s ‘appearances’ are her popping up on one panel or page and then not being heard from for the rest of the story. Quite frankly, she deserves better. As the first truly prominent Black woman in DC comics, you’d think she’d have more of a spotlight.

To me, Karen exemplifies the need for representation of Black women, to see Black women as scientists, and how many marginalized characters are pushed to the sidelines. When addressing representation for characters who don’t have quite the prominence of others, part of the conversation is pointing out where comics fall short and how they can do better. For someone like Karen, who is a self-made scientist and superhero, there’s no excuse to relegate her to one page in a story, like her brief appearance during the JLA/Titans story “The Technis Imperative”. She has many amazing qualities that could more easily shine if she were given the air time. 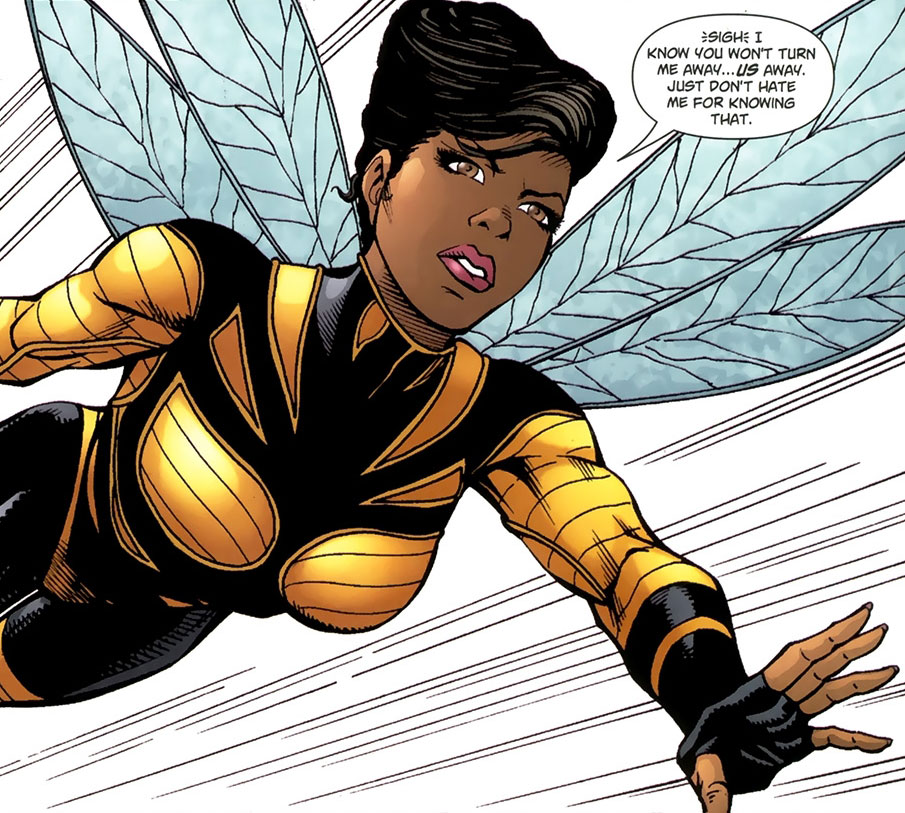 Also consider that Karen is verifiably brilliant. Not only did she help Mal develop his signature weapon, but she designed her own in order to boost his status. Her skills enabled her to join the Titans and continue being a superhero through her history. When she wasn’t acting as a hero, she worked with S.T.A.R. Labs developing weaponry. She has a host of skills we rarely see in the spotlight in our everyday lives.

If you’ve never seen me talk about this before, Black women are one of the largest rising groups, if not THE group, in terms of education, yet they are rarely seen as the face of academics, especially when it comes to STEM fields. Karen throws this assumptive invisibility to the ground by showcasing her talent for developing technology while also helping to save the world.

There are some really awesome Black women involved in STEM fields, some who take it upon themselves to inspire marginalized people, especially Black girls, to discover a love for science and technology. To have Karen as a representative of the Brilliant Black Woman is important because it helps to broaden people’s horizons and imaginations beyond what we see in the media. However, Karen in particular is a double-edged sword. To have maximum effect, she has to be seen. 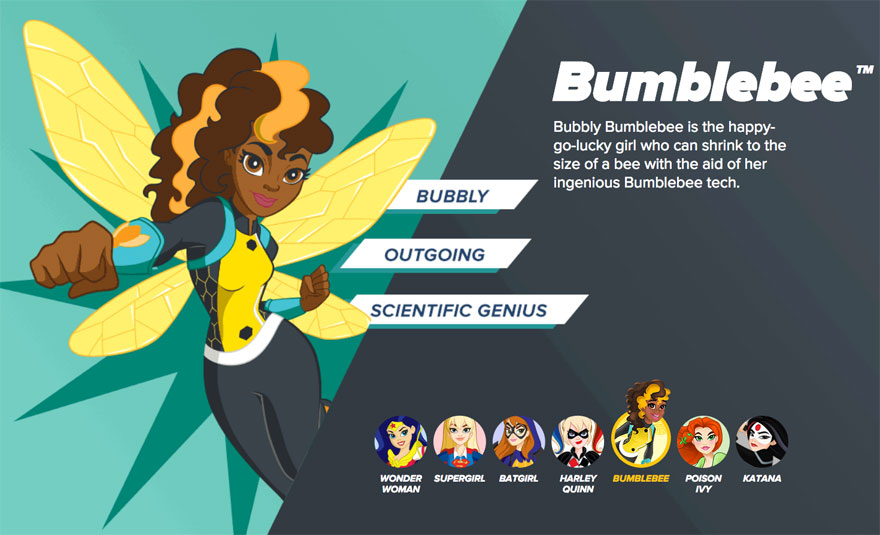 It’s not just that we need more Black characters, Black women, involved in science, but they need to be present. There’s no true representation without someone’s continual existence. So, while there’s immense value in Karen as a character, publishers need to do better in keeping characters like her in the spotlight. Otherwise, we have to settle for one-time or minimal references and call that ‘representation.’ Unfortunately, when we discuss diversity in media, such a reality is what things amount to. Someone shows up for a few episodes or issues and then fades to obscurity. While I’m happy that Karen has been able to persist, even if minimally, and that she has gained a larger presence in the world of animation, I want more for her because she holds a vital importance to creating diverse voices in comics. 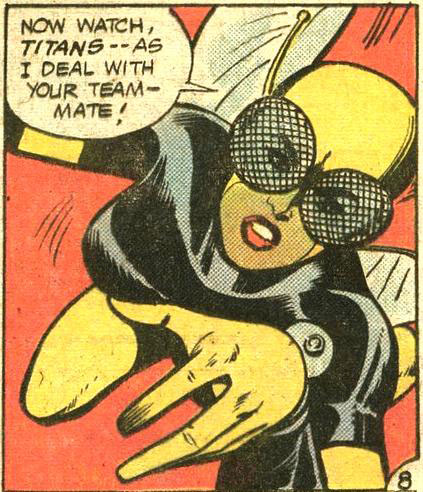 To be completely transparent, writing this article was difficult for a major reason. Given my awareness of Karen from animation, after I dove into her history I realized there wasn’t much, even though she holds status as the first major Black woman in DC. She has a lot of value as a Black woman in science, but I found it hard to get over the reality that DC hasn’t done much with her is the grand scheme of its publishing history.

Thus, I think it’s important for us to address how she adds value by giving a face to an unrepresented group in a field largely composed of White men, but also how representation means more than just a few appearances here and there. Karen’s presence in Teen Titans and Doom Patrol is awesome, but we need her and more characters like her to exist in the forefront of comics. As I mentioned, some of her appearances are in one panel and without any dialogue. I would not call this representation. I’d call it superficial editorial diversity. 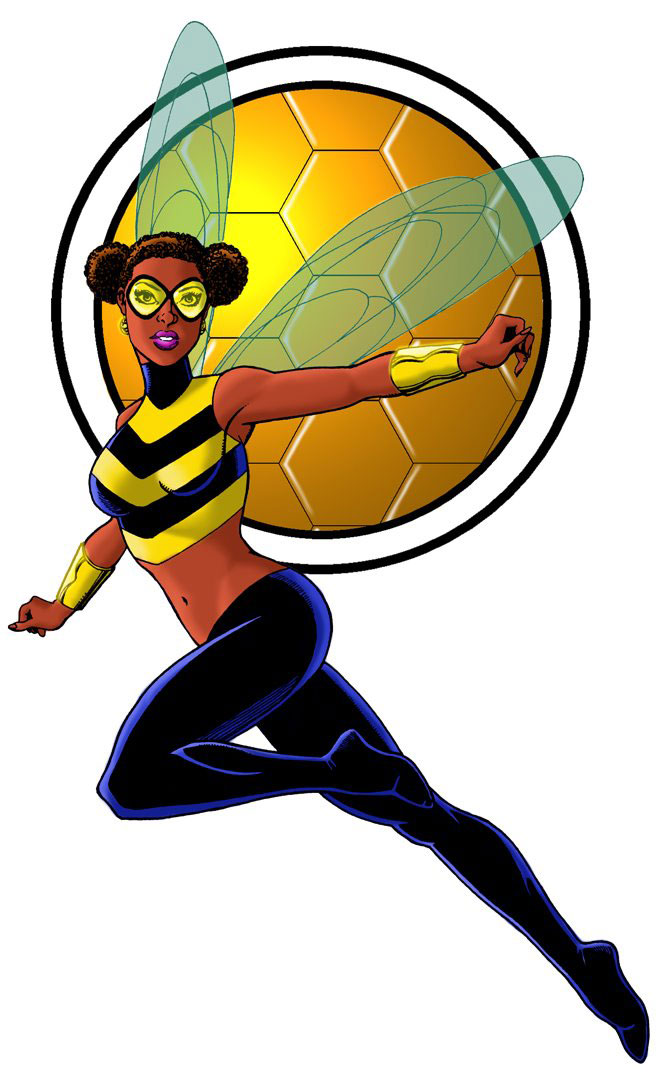 How do you feel about Karen as a hero and as a scientist? What else does this brilliant Black woman add to the world of comics? Feel free to let me know on Twitter at @80Grey and check out the rest of the Representation and Health Black History Spectacular!