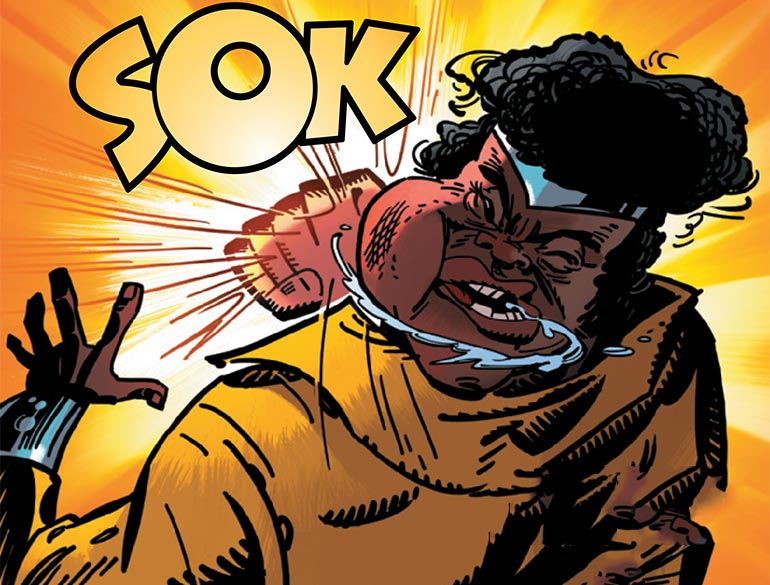 For this installment of Representation and Health 101, we aren’t going to look at a character. Instead, we are going to dive into the world of what could be called negative representation.

There are times when marginalized characters appear and they aren’t whole, real, or human. Instead, they are caricatures of ideas about the identities they hold, perhaps doing more harm than good when it comes to portraying diverse people. This issue is important to decipher for many reasons, including the fact that not all people from one demographic have to agree and the reality that more often than not someone of privilege is going to write a diverse character.

To get things started, why don’t we look at Genndy Tartakovsky, Stephen DeStefano, Scott Willis, and Clayton Cowles’ CAGE! 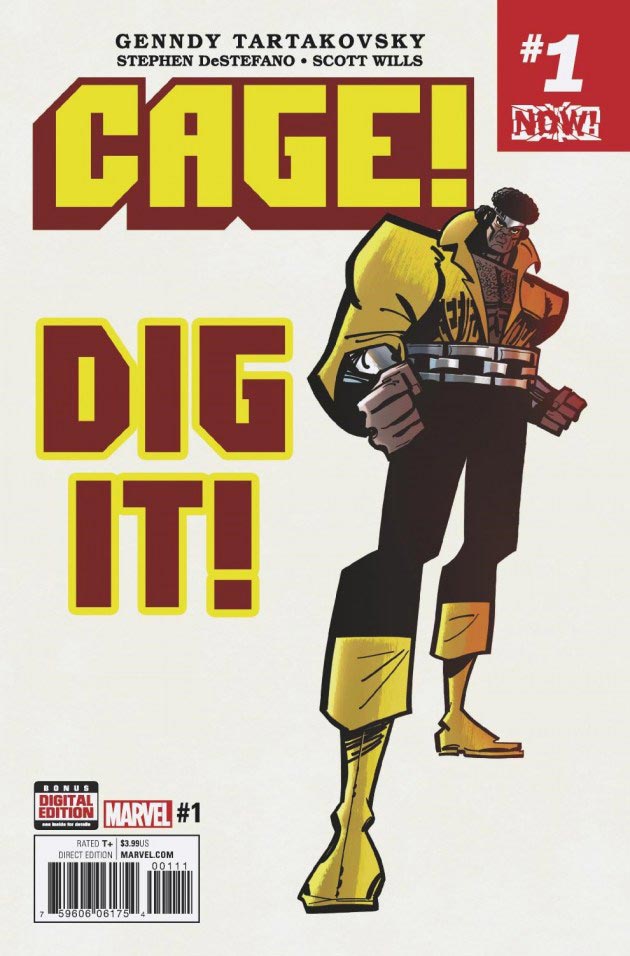 CAGE! Takes us back to Luke Cage’s early days, fighting bank robbers and hanging out with Marvel’s finest superheroes. On the surface such a story seems okay, but the imagery of the comic leaves a bit to be desired.

One of the major issues is that the black characters fit many visual stereotypes given to them in the early 20th century. Big lips, funky frames, or hypermasculine bodies were par for the course when people were drawing racist images of black men.

The one woman present, Black Mariah, was an exaggerated image of black women’s bodies: not quite a mammy but definitely what people consider to be “black” features taken to the extreme. From a black writer and artist, these images wouldn’t hold as much problematic weight. Unfortunately, that’s not the case. 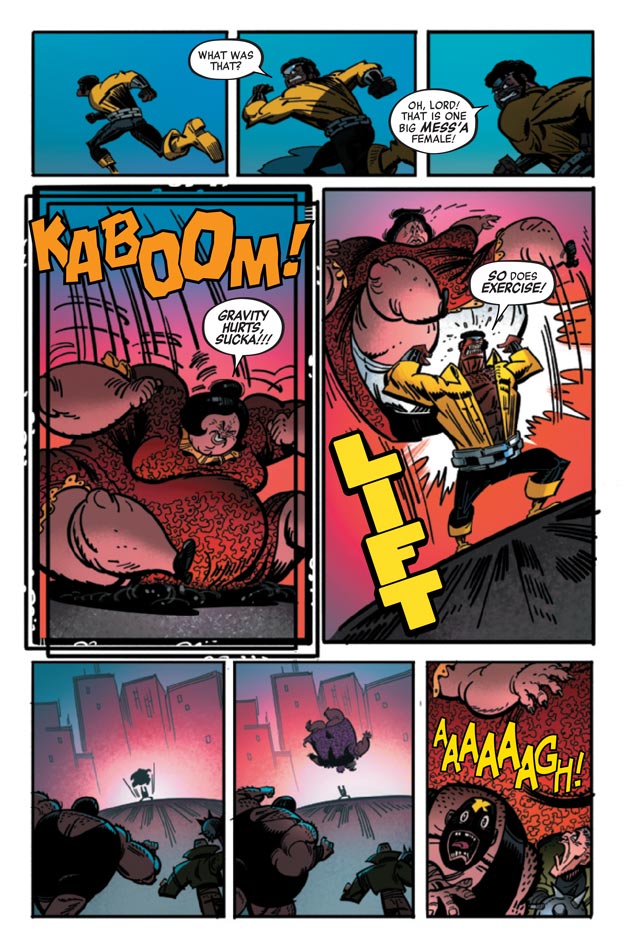 When it comes to representation, it matters that we get characters right. This isn’t saying they aren’t allowed to be problematic, but they should at the very least feel, act, talk, and be human. Comics like CAGE!  toe a line that is arduous to traverse, especially when the creative mind behind it is white. When we have more images like this comic, we aren’t contributing to a medium that espouses real life and helpful analogs.

In fact, stereotypes can become dangerous in shaping the world of privileged people that consume them and the marginalized people who thought that maybe they’d find a bastion in a character who looks like themselves.

Take a moment to consider how often we consume media. It isn’t just comics, TV, or video games, more active mode of consumption. It’s magazines in the grocery line, it’s previews before a move. It’s billboards, commercials, internet ads. When the entire world of these images either shuts out groups OR portrays them negatively, that helps to shape that group’s conception in many people’s minds. It’s like if a white person who’s never met black people (trust me, this still happens) only watches BET and assumes it reflects the entirety of black culture. 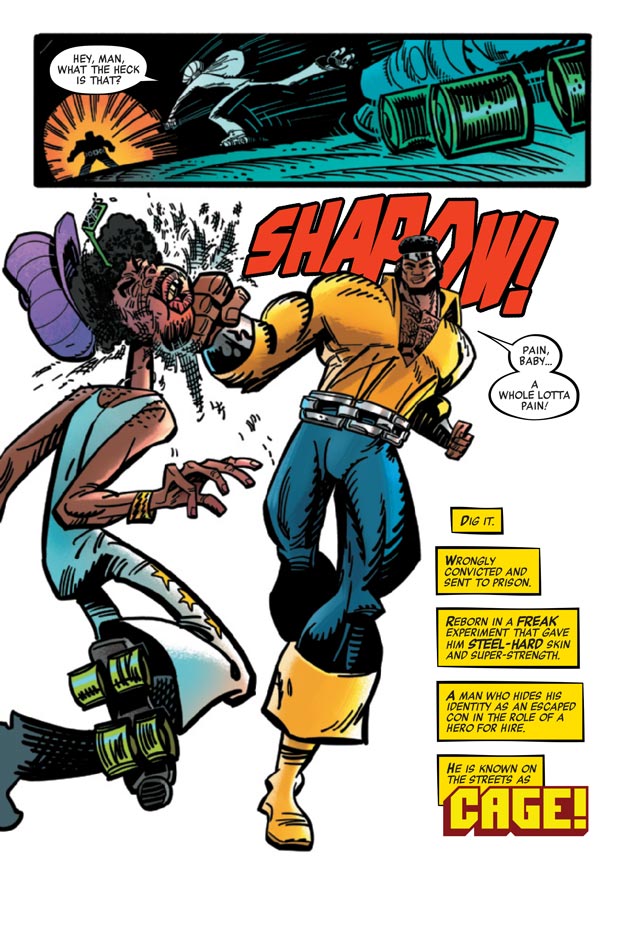 There’s nothing inherently wrong about the network, but a schema of black people ONLY involving this channel would lead to stereotypical ideas of what blackness is, including modes of hypermasculinity, hip hop culture, and the erasure of queer black folk. This brief vignette begins to explore the reason why comics like CAGE! may actually do more harm than good when it comes to black people in comics.

Also, imagine being culturally isolated in an area where there are few people like you, especially if you fear being open about your identity. Poor portrayals of diverse people can lead, unfortunately, to negative ideas about who you are. Media not only shapes a conception of people different than us, but it also helps us uncover who we are. When we don’t have adequate materials, whether they don’t exist or they perpetuate stereotypes it becomes more difficult to form an ideal of yourself that is whole and positive, not just the derivative of misconceptions. 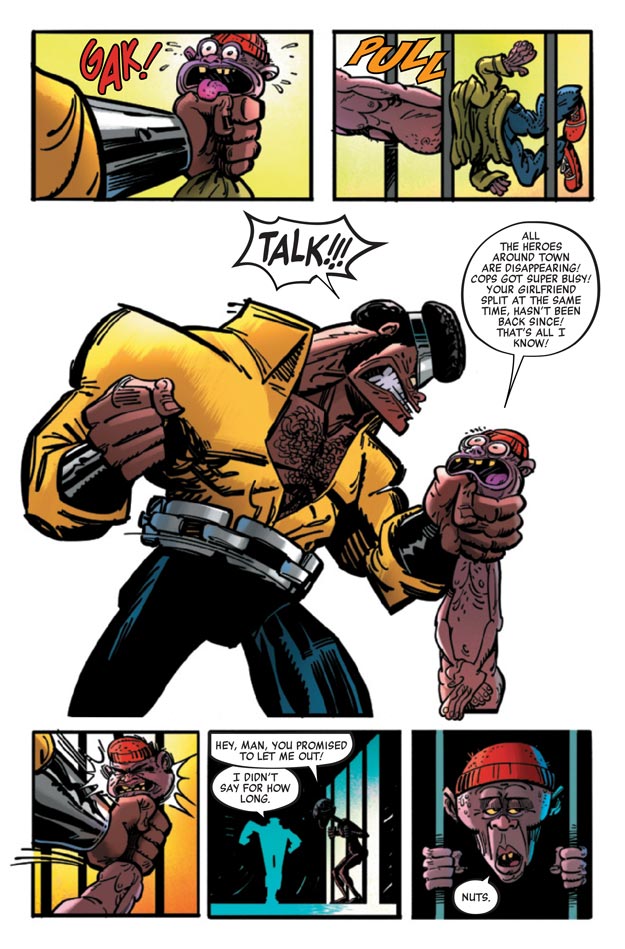 I’ve spoken many times about how comics are important when you live in a world surrounded by people who don’t look like you, and that’s why we need to make sure that we have characters who fit a wide variety of experiences, even in one group, because their impact is far more grand than people conceive.

Healthy models help up form healthier ideas about ourselves. We need characters who fit our experiences because they can offer relief in a world that treats marginalized people like garbage. To this end, we need to think about who holds the pen in our portrayals. Genndy Tartakovsky’s style lends to wacky figures, but how that manifested in CAGE! is an unfortunate rehashing of age old and negative portrayals of black people.

I feel as though that could have been avoided, that Tartakovsky could have drawn them differently, but that’s not the case. A black writer and artist may have handled such images differently because of the connection to and awareness of those old racist ideas. We need more diverse creators, and the comic industry needs to do better in hiring them and promoting them. 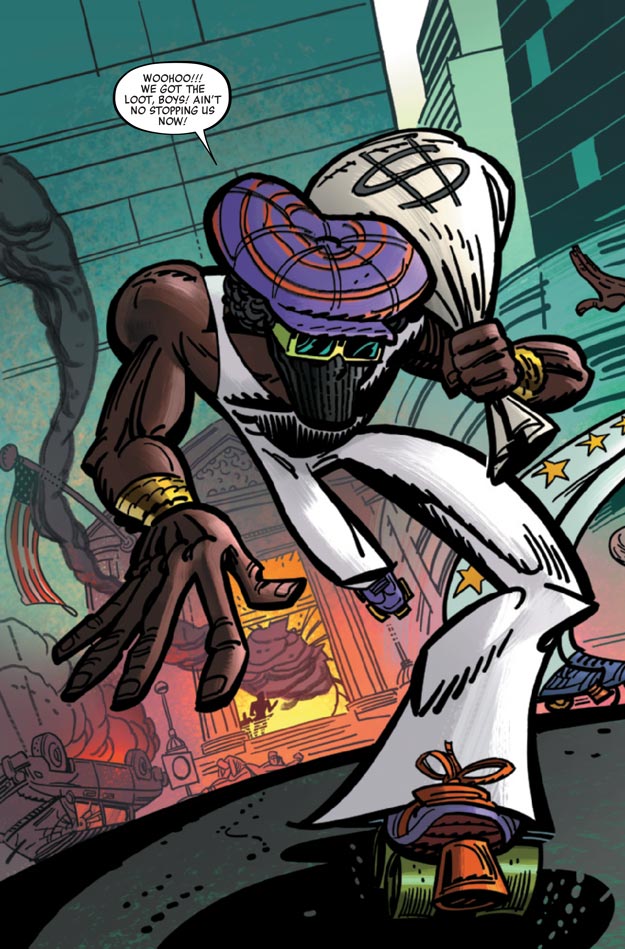 As we’ve seen with David Walker, Ta-Nehisi Coates, and Sanford Greene regarding black heroes, there is a stark contrast when someone who holds an identity gets to create a character who looks and feels like them. This is not an invocation of “only write what you know,” but I am highlighting the importance of diverse characters being done by diverse creators.

I think creators often discount the importance of the characters they write, draw, and color. Many of them get it right, but it seems that so many more often get this wrong. The media people create has a profound impact on the people who read it, or even the people who manage to glance at a cover in a comic book store. 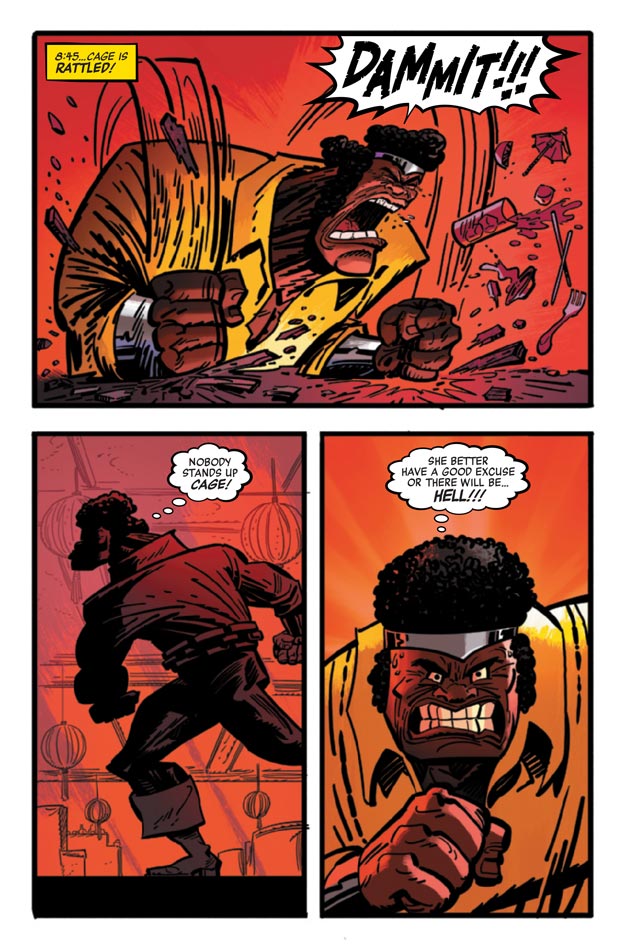 Privilege creates a blindfold that many creators can seek refuge in, whether they say they’re down for the cause or they do “research.” Such a reality is woefully transparent in their works, and we can tell when someone is getting it “wrong.” When it comes to ideas of health, these creators also have to consider if they are providing yet another brick or more mortar to the social elements of oppression, which I can guarantee you have an impact on marginalized people of any identity.

Not only do we need to boost and highlight characters and creators who help to bring genuinely diverse characters in the world, but we also need to question who the creators are behind projects with these characters and how they’re being portrayed. 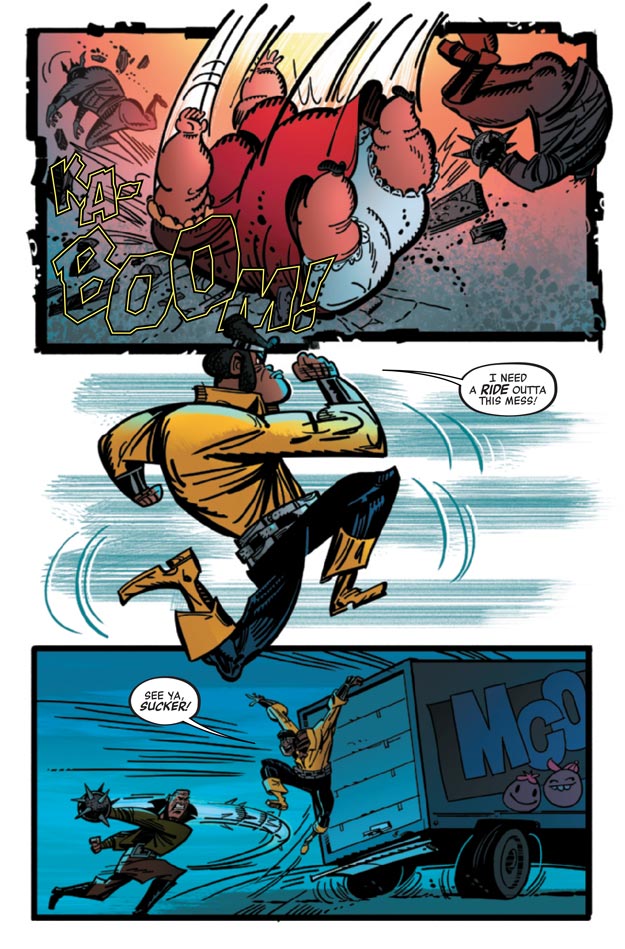