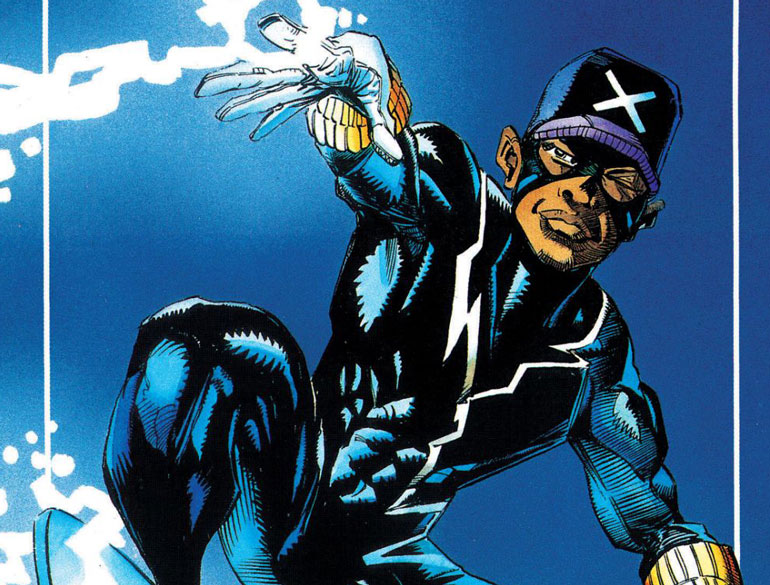 Last time in Representation and Health, we broke down Priest’s work, message, and ideas about race in comics. Today, we’re going to cover another prominent black creator, one whom we all miss.

No one can deny the impact Dwayne McDuffie left on comics, whether from his outspoken stances about race and racism in comics, to his multicultural and multifaceted characters, including the well-known Static Shock, Virgil Hawkins.

Comicosity Editor-in-Chief, Aaron Long, recommended a look at McDuffie’s work to see what we could glean from it, just as we did Priest. So, welcome to the shocking new edition of Representation and Health 101, an analysis of Dwayne McDuffie, his legacy, and what they mean for our health. 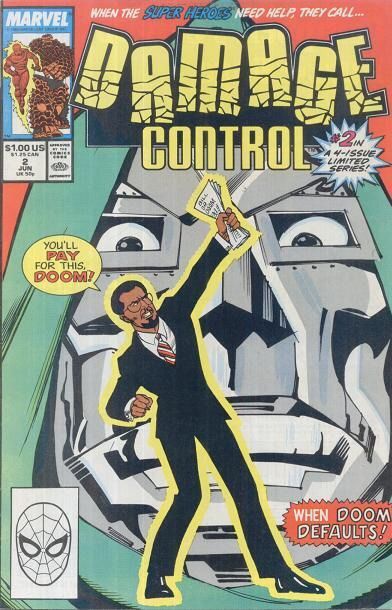 McDuffie got his start in comics in the late 80s, working on various projects and eventually writing the series Damage Control. Before helping to launch Milestone Media in 1993, he worked on a slew of titles as a freelance for Marvel, DC, and other comic publishers.

One of his best known series, Static Shock, was a staple for Milestone until it stopped publishing in 1996. This was not the stop for McDuffie though. While he continued to write comics, he also became involved in animation, including popular series like Justice League and Ben 10.

And then, one of his own creations had a major stint on Saturday mornings: Static Shock was the introduction for many to the Dakotaverse and the series lasted four seasons, crossing over with titles like Justice League and Batman Beyond, also dealing with the complexities of black teenage life in the city.

By his death in 2011, McDuffie had left an indelible mark on comics, animation, and his fans, reminding us that sometimes our battles for inclusion and representation are arduous, but we still need someone there to take up the mantle. 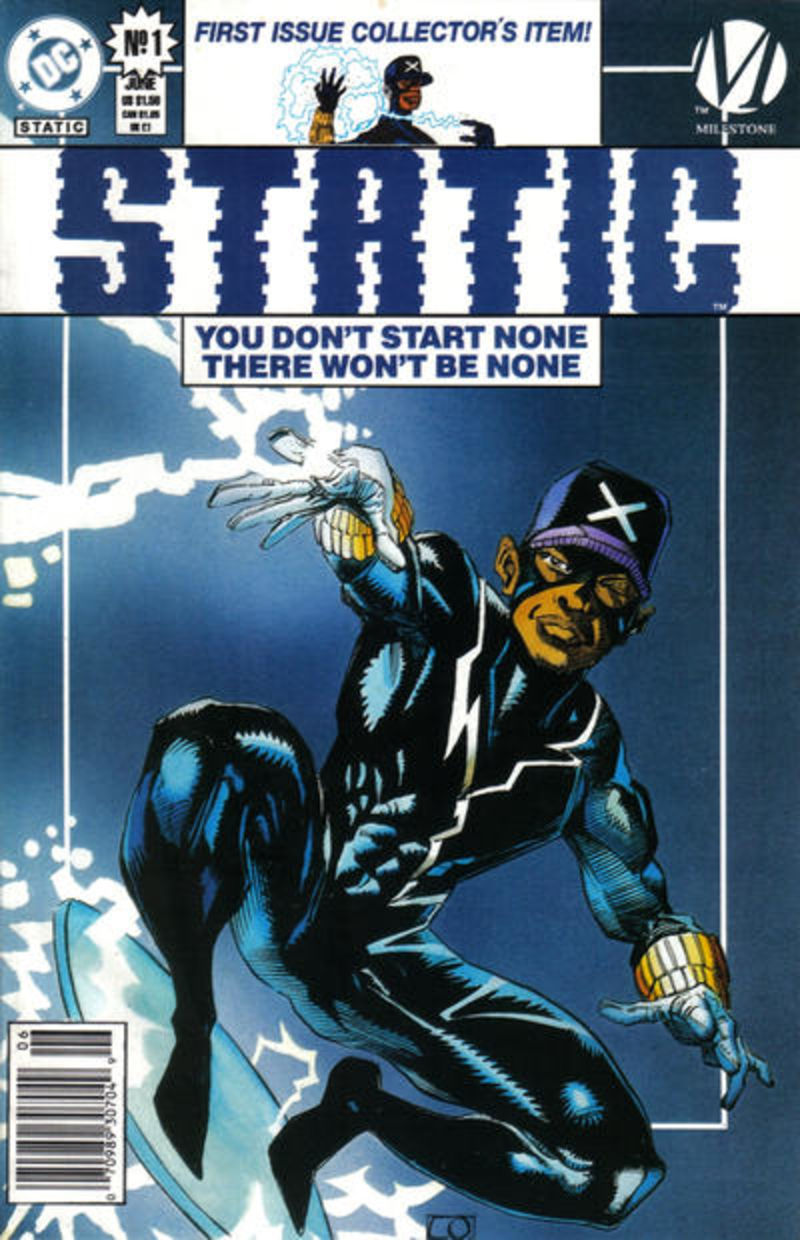 Marginalized characters shouldn’t have to shoulder the weight of good representation, especially considering how few of them there are, particularly those who are at intersections.

Last time, I discussed Priest’s take on the matter: as a black man, he shouldn’t be forced to write black characters or black stories. His stance is one that many marginalized creators hold, and it’s one of many valid perspectives.

McDuffie felt the same way, that he shouldn’t be shoehorned into stories about blackness or feel an obligation to write them. However, his writing shows that he was more than willing to craft important stories that revolved around our varied identities.

Much of Milestone’s work, including the series Static Shock, Icon, and Blood Syndicate, dealt with a variety of topics regarding race and urban settings. Dakota and its universe were the ground from which nuanced and intimate stories grew about issues that reflected daily life for many people, especially black people. 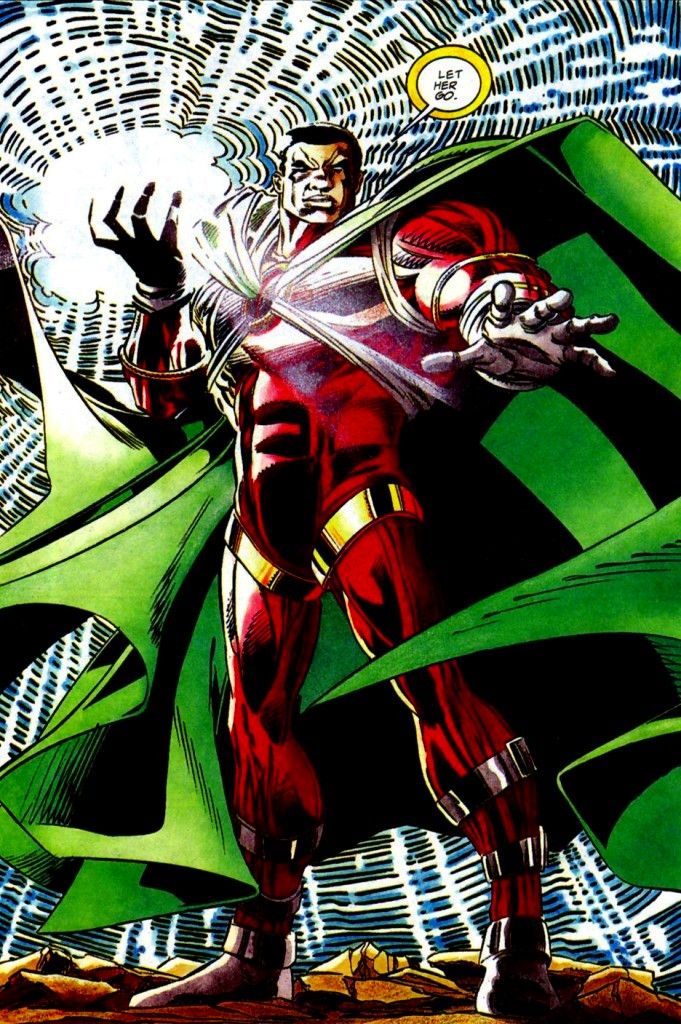 However, he also wrote about topics relevant to many young people, like gang violence, balancing identities, and teen pregnancy. McDuffie’s ability to capture the real struggles in different characters is what made him and his works vitally important for comics as a whole.

When we think about intelligence, many statistics indicate that there is a racial difference in IQ, measured by tests like the WAIS (Wechsler Adult Intelligence Scale)/WISC (Wechsler Intelligence Scale for Children). However, any researcher worth their salt knows that there’s a major factor underlining this, and that’s access to resources, which is heavily mediated by race.

This reality is similar to the fact that issues such as gang violence, abuse, and crime often happen because this same lack of resources. Added to that, when we don’t have adequate models, many people may feel as though there’s no way out of their situation. As such, we don’t think about how disadvantaged children, adolescents, and adults, may need access to things as simple as comics, and those as raw as the ones created by McDuffie.

McDuffie’s writing highlights the varied experience of people of color in urban and disadvantaged settings. The incorporation of different races in Dakota make it a city that is alive in numerous ways, reflective of a multitude of experiences.

The sensitivity with which these narratives are crafted can speak to people’s actual lives. McDuffie seemed to draw from real circumstances and situations in urban landscapes, allowing him and those who worked alongside him to create stories that felt genuine.

One of the most wonderful things about Dakota and its spectrum of people is that they reflect a spectrum of realities. McDuffie disagreed with the dichotomy of black characters, who were disproportionately black men, being “angry brute[s]” or “smart-but-he’s-black characters.” 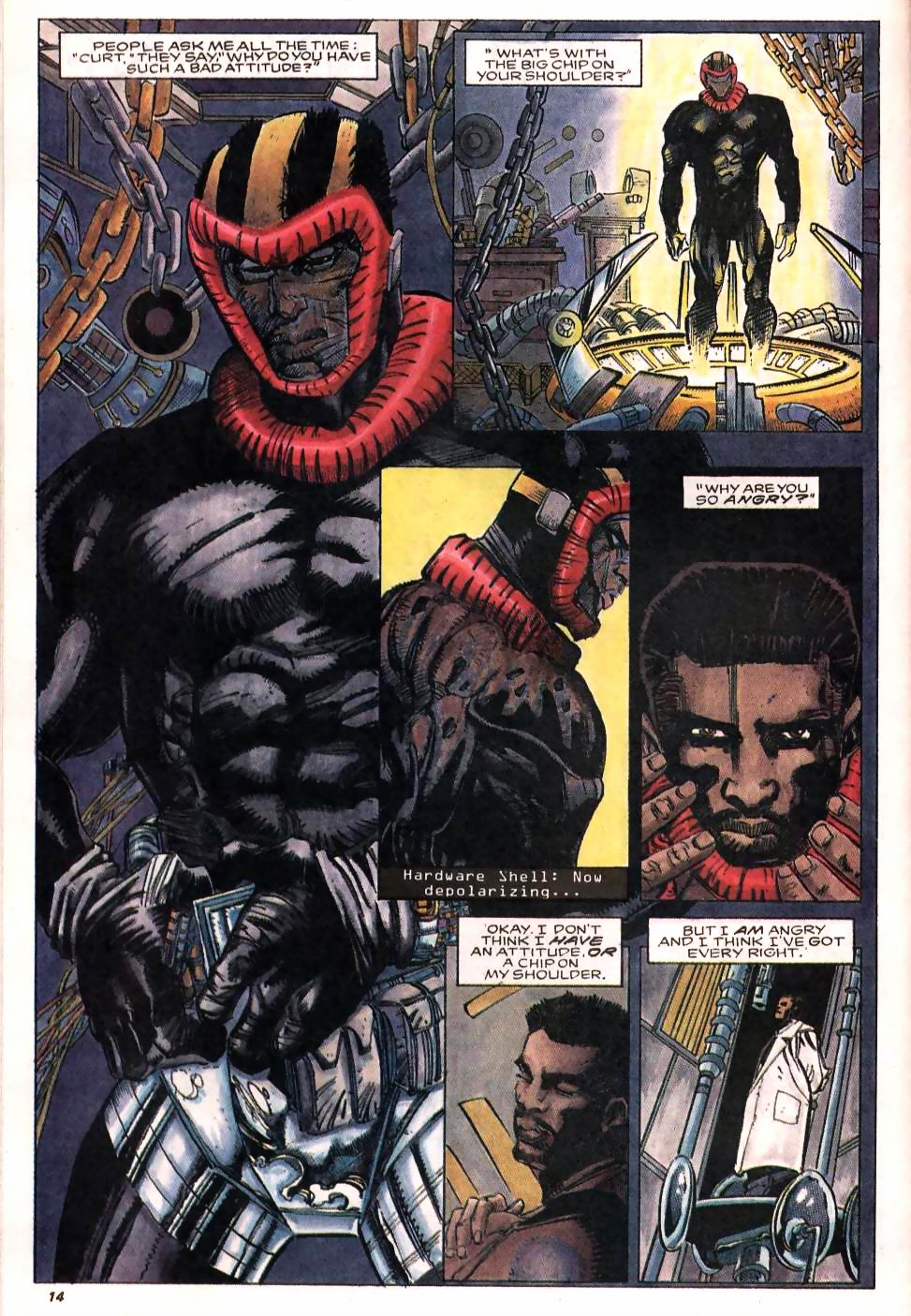 In Dakota, we have a range of experiences and presentations. We have unassuming black men, scientists, teenage prodigies, and gangsters, all of whom are united through the lens of blackness but who also manifest their culture in manners which people do in reality.

These characters are important because they mirror black existence, but aren’t solely the function of stereotypes or white ideas of black people. Instead, humanity manifests itself in blackness, and other identities, in a way that feels real and whole.

Conceptually, the closer we can get to the reality of someone’s identity, the more likely we are able to reach them. Comics are a wonderful avenue for exploring yourself, finding solutions to problems, or imagining life in new ways. 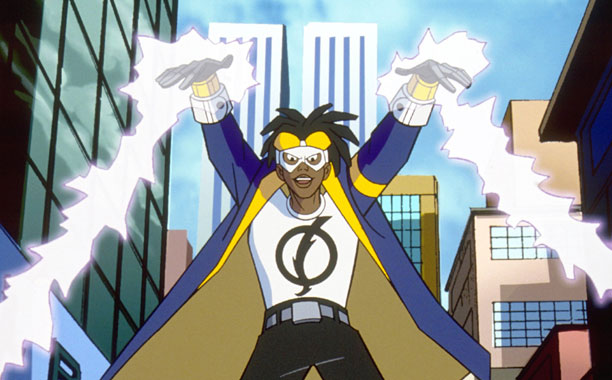 McDuffie’s writing and creative efforts lead to a world packed with fully realized characters, whose nuances were not just based on their environment and who found ways to assert their talents despite struggle.

The care he put into his stories, whether in a comic or on the screen, clearly demonstrated his ability to understand human nature in the many ways it shows up. This dedication to his stories changed the landscape of comics for the better and he pointed out that more people needed to do it, to step away from stories that fit narrow schemas of identity.

Rocket, Icon, Hardware, Static, and so many others came to be because McDuffie and his colleagues knew we needed a world that better resembled ours. Milestone and Dakota became symbols of eschewing white analogs for oppression, instead breathing life into characters who met the same challenges that people do outside of comics.

These characters all have a purpose and a value in connecting people with new ways of understanding their circumstances, providing an opportunity to see a way out, or to feel the cathartic release of emotion when their story is the one being told in the panel and on the page. 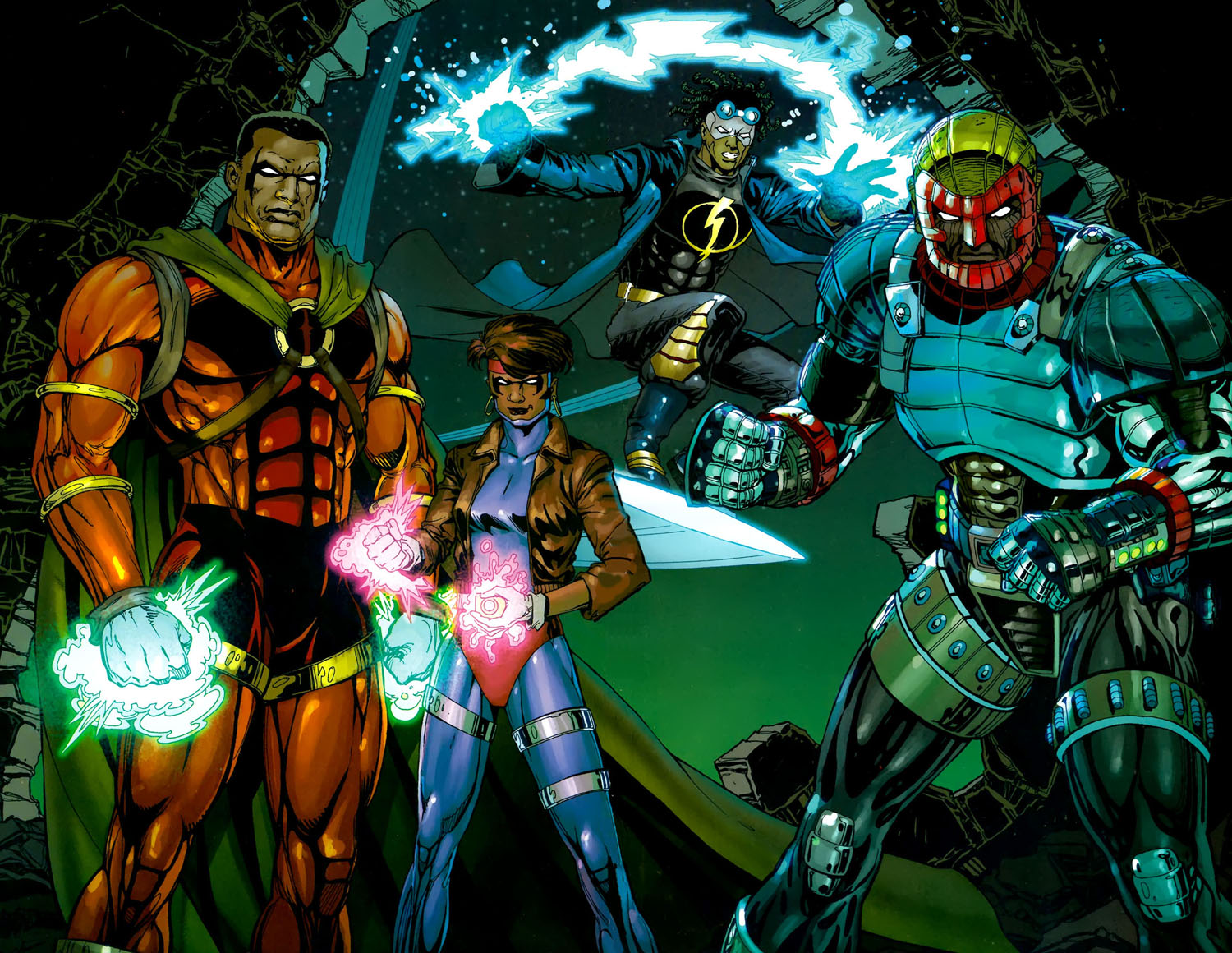 McDuffie’s work could truly be useful for many people cast out by different systems, whether they be in foster care or within the justice system. He also created a chance for black people and other people of color to see themselves beyond the restrictive conceptions set forth by the comic industry.

Sometimes, it feels as though we are moving closer to McDuffie’s ideal, though the road there is incredibly difficult. Until then, I hope more people recognize that his work could be the catalyst for change for those who need it, especially those who don’t often see authentic reflections of their lived experiences.

What do you think of Dwayne McDuffie and his influence on comics? How do you feel he contributes to comics being helpful for others? Let me know on Twitter at @80Grey!