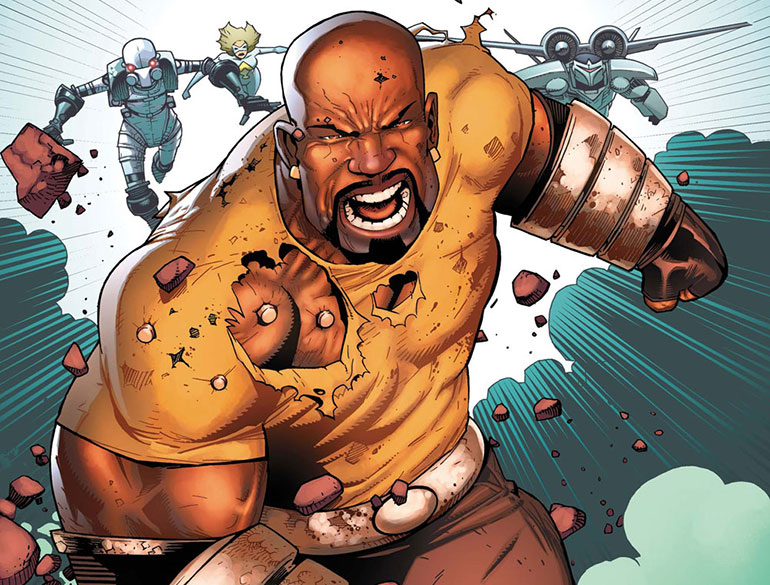 Welcome to a fiddle-faddling new Representation and Health Black History Spectacular! This month, I’ve kept an eye on the release for a new comic from Marvel and decided to dedicate the column to one of the series’ main stars. He’s a man with indestructible skin who’s no stranger to expletives and busting heads. On the streets of New York, he protects the little people, while still maintaining ties to the Avengers. Today, I present to you Power Man and Iron Fist’s Luke Cage! 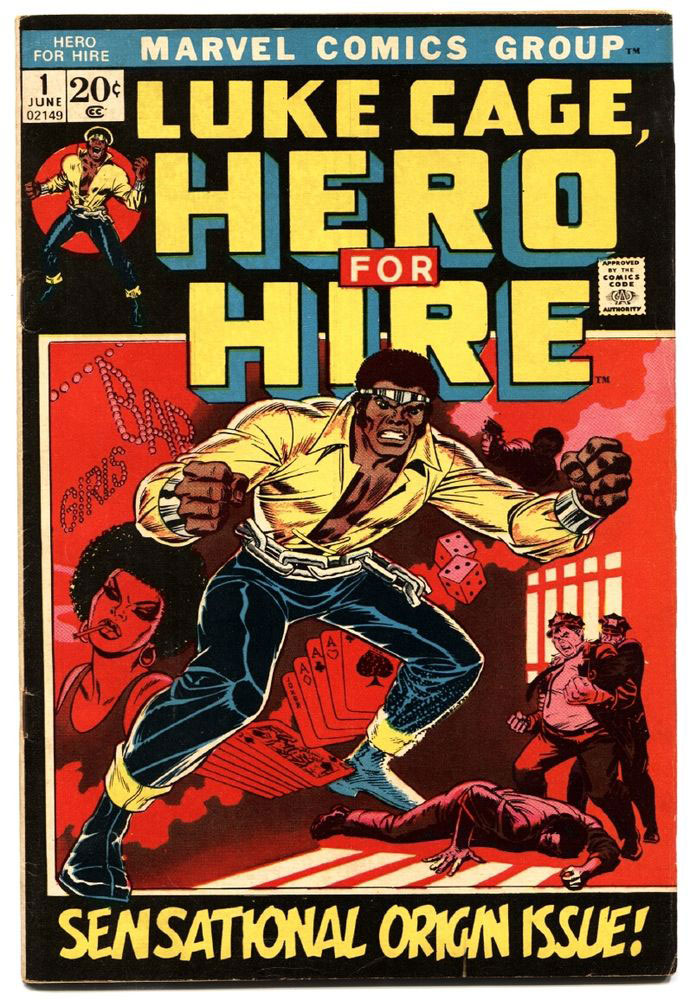 Luke actually had the rare opportunity to debut in his own comic, Luke Cage, Hero for Hire #1. In prison after his former friend framed him with drugs, Luke is on the wrong side of the guards. To create an opportunity for himself to escape, Luke willingly undergoes an experiment which imbues him with super strength and unbreakable skin, leading him to break out and rebrand himself as a Hero for Hire.

He would later team up with his long time best friend Danny Rand, aka Iron Fist, and would share many adventures with him throughout the years. Luke would then become connected with the Avengers, developing a relationship with Jessica Jones around this time, marrying her and having a child, Danielle. Luke’s ties to the Avengers would lead him to different teams, including the New Avengers after the massive break-out from the Raft and the Mighty Avengers in the wake of the Infinity storyline. Luke now stars in his own series with Danny called, you guessed it, Power Man and Iron Fist.

What I appreciate about Luke is that he contributes to the angry Black man narrative, but also dashes some misconceptions surrounding it. While his life before being empowered involved petty crime, he eventually decided that the life wasn’t for him and took up heroism. I like seeing this kind of progression in characters because it mirrors reality. Sometimes, Black men may feel that crime is the only realistic avenue they can pursue. This often comes from a lack of resources and opportunities, which has been a major factor in the persistence of gangs throughout the 20th century. While Luke did his crimes for less than noble reasons, he eventually came to the realization that such a life was not good for him or his family. 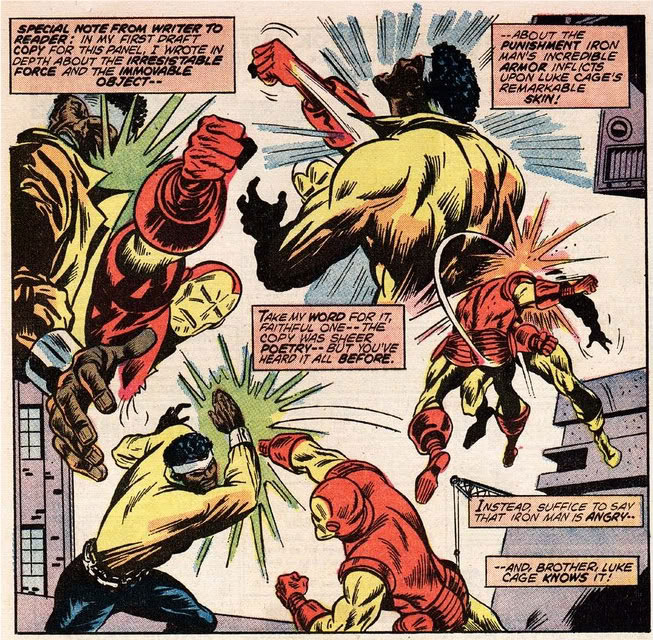 Yet, Luke’s narrative also elucidates an unfortunate reality for many Black men. While he committed crimes before being sent to prison, he was ultimately framed with drug possession which lead to his incarceration. Such ploys are not just used by everyday people, but also police, and particularly against Black men. The prison population is currently inundated with Black men, as well as a growing population of Black women, and part of this is because of drug charges or the perception of Black people as inherently criminal.

Luke’s history highlights the treatment of Black men in the legal system. We are more likely to be arrested, convicted faster, and given harsher sentences, leading to the overwhelming presence of Black people of color in the prison system. The fact that Luke went to jail for a crime he didn’t commit, in light of his other misdeeds, is remarkably heartbreaking, but all too real.

While I feel the angry Black man trope is played out, I actually appreciate seeing it in Luke. I like his narrative because it shows that many Black men are rightfully angry for many reasons. If you have a chance to read his first appearance in Luke Cage, Hero for Hire #1, it is inundated with racism. Luke is regularly called ‘boy’ and the guards regularly mistreat him. To think that such sentiments are only a relic of the 70s, in which Luke first appeared, is erroneous. Consider that the prison system provides even less protections for marginalized people, as they are already seen as criminals and thus many people do not see fit to treat them as humans. 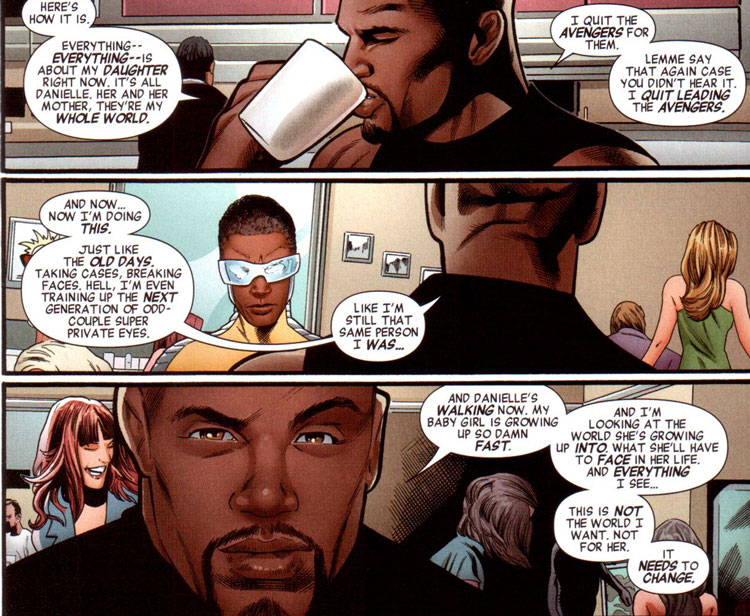 Despite Luke’s history with incarceration or his less than cuddly demeanor, the fact that he establishes a relationship and a family with Jessica Jones is monumental. If you only look at the surface of his representation, Luke may not be one to establish intimate relationships. Yet, that is exactly what he did. Similar to Steel, whose narrative is strongly focused on family, Luke manages to create a life for himself, Jessica, and Danielle, and be emotionally present. Yes, superhero things most certainly get in the way, but Luke’s characterization is defined not just by his gruff presentation, but also his love for being a father and husband.

Creators must be careful when the characters they use fall in line with stereotypes, but must also be capable of representing stereotypical portrayals. It’s important to create characters as human through the lens of their marginalized identities. I like the Luke is a big angry Black man because he has the opportunity to be fully explored within comics. And given his history, I think he has every right to be pissed off at the world around him. These ‘stereotypical’ portrayals, when handled well, reveal what life is like for characters like Luke but also those who look like him. 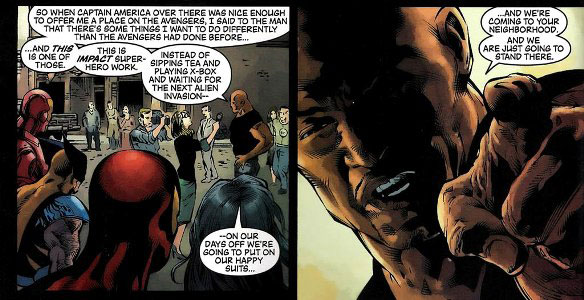 Luke is an interesting avatar because much of his representation is filtered through the angry Black man persona. However, Luke is honorable, emotive, and dedicated to his family. He provides a wonderful opportunity for Black men to explore their emotions and relationships with other people, whether friends or lovers. Such images are important considering how hyper- or toxic masculinity is a prevalent code among cisheterosexual Black men, which adds a different dynamic when exploring societal gender role expectations for men. I think if you look at Luke it’s easy to just see him as rugged, but even in his first appearance you can see he’s multifaceted and not just the comic book derivative of Blaxploitation. Whether through Luke Cage, Hero for Hire, Alias, or his new series Power Man and Iron Fist, you get a Luke of all shades, an integral element of having well-rounded Black men in comics. 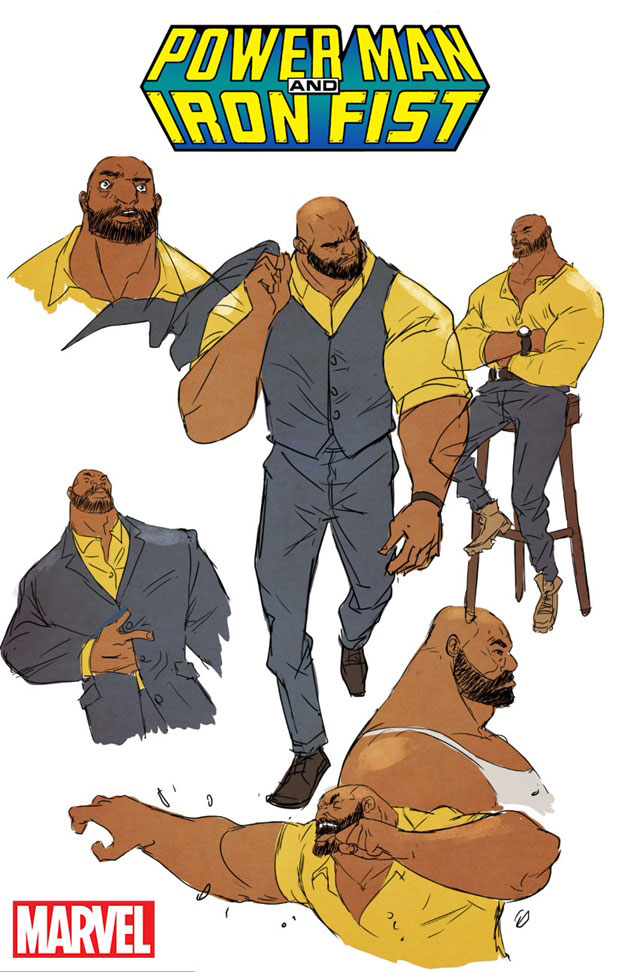 How do you feel about Luke Cage’s narrative? How has his history reflected current and historical events regarding Black men and the Black community? Share your thoughts on Twitter at @80Grey and check out the rest of the Representation and Health Black History Spectacular (and Power Man and Iron Fist #1, on shelves today!).