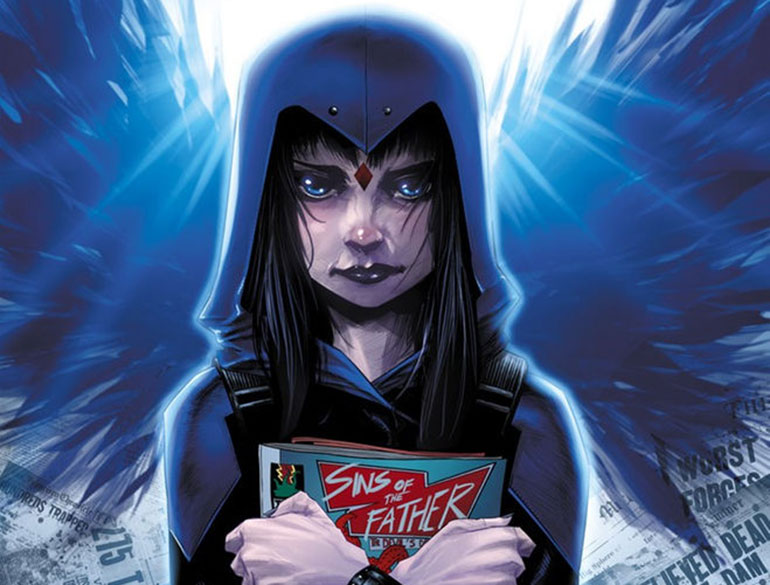 I am most excited to deliver this Representation and Health 101 column because it’s about one of my favorite comicbook characters.

While I first encountered her in a cartoon, she’s been around for a while and she’s one of the most significant members of the Teen Titans. Whether she’s braving the halls of a high school or fighting her own demonic heritage, she shows value for how we experience everyday events.

So, then, let’s get started talking about Raven! 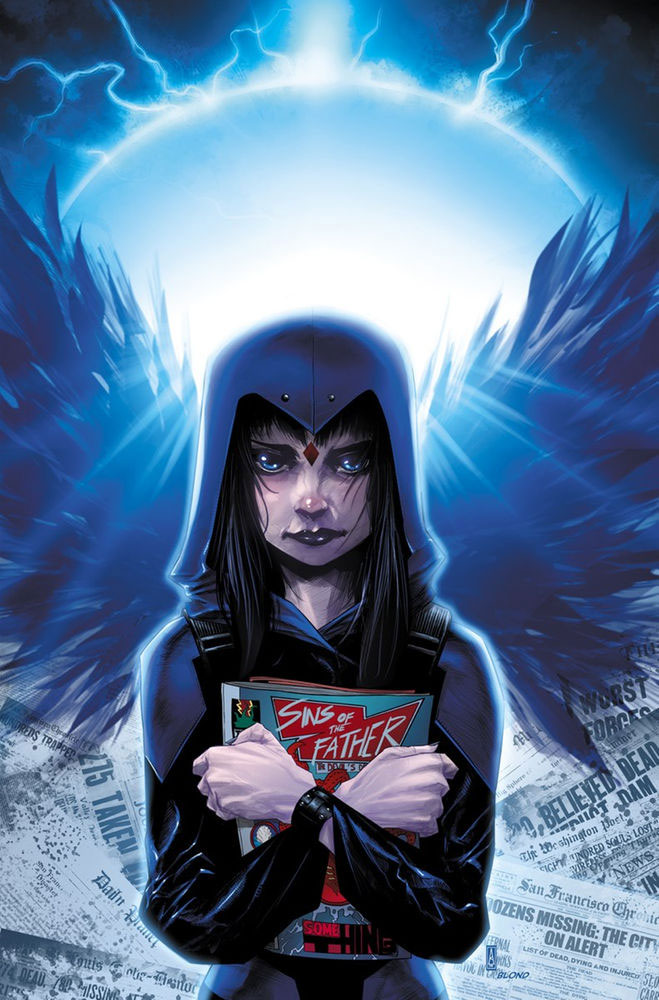 The result of an interdimensionally demonic union, Raven first arrived to DC Comics in the pages of 1980’s DC Comics Presents #26 along with Cyborg and Starfire. This story set the stage for her eventual appearance in the newest iteration of the Teen Titans. With her friends, she fended off her father, Trigon the Terrible, as well as other enemies like Deathstroke and Dr. Light.

Over time, she would become prey to her father’s dark influence, creating an evil version of herself that was ultimately dispelled. After being purified and wandering earth as an ethereal being, she regained her body and decided to stay with the Titans, later developing a relationship with Garfield Logan, also known as Beast Boy. 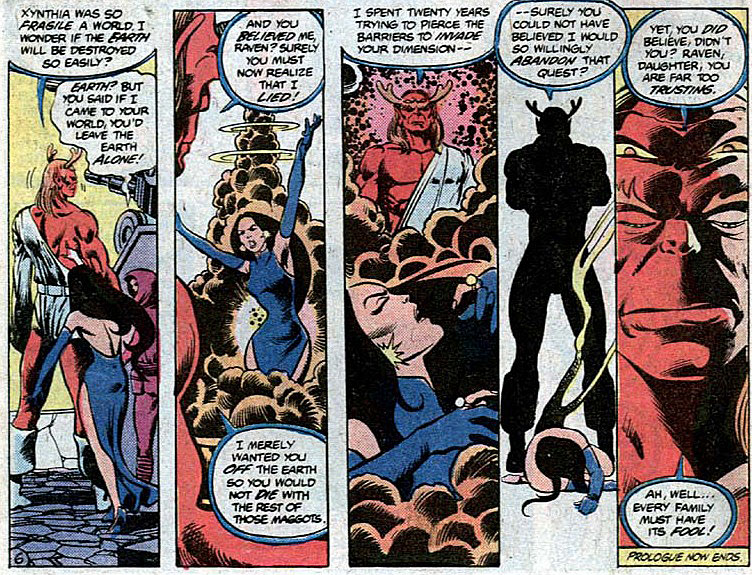 In the New 52, Raven joined the Teen Titans, yet again enacting a plot by Trigon to take over the world. However, she decided to remain a force for good, eschewing her father’s influence and becoming a hero. Now, she can be found in the pages of her own miniseries and the latest volume of Teen Titans.

Raven is a character whom I was immediately struck by. After watching her in the Teen Titans animated series, I found myself diving into the longboxes of my LCS to uncover more of her story, leading me to the Titans’ battle with Trigon and fostering my own love of comics and collecting them. From a therapeutic point of view, she provides a window into emotional experiences and the difficulty of managing them.

Much of Raven’s existence is publication is devoted to her journey of control and discovery, averting the cataclysmic nature of her birth and powers while also trying to understand her place in the world. 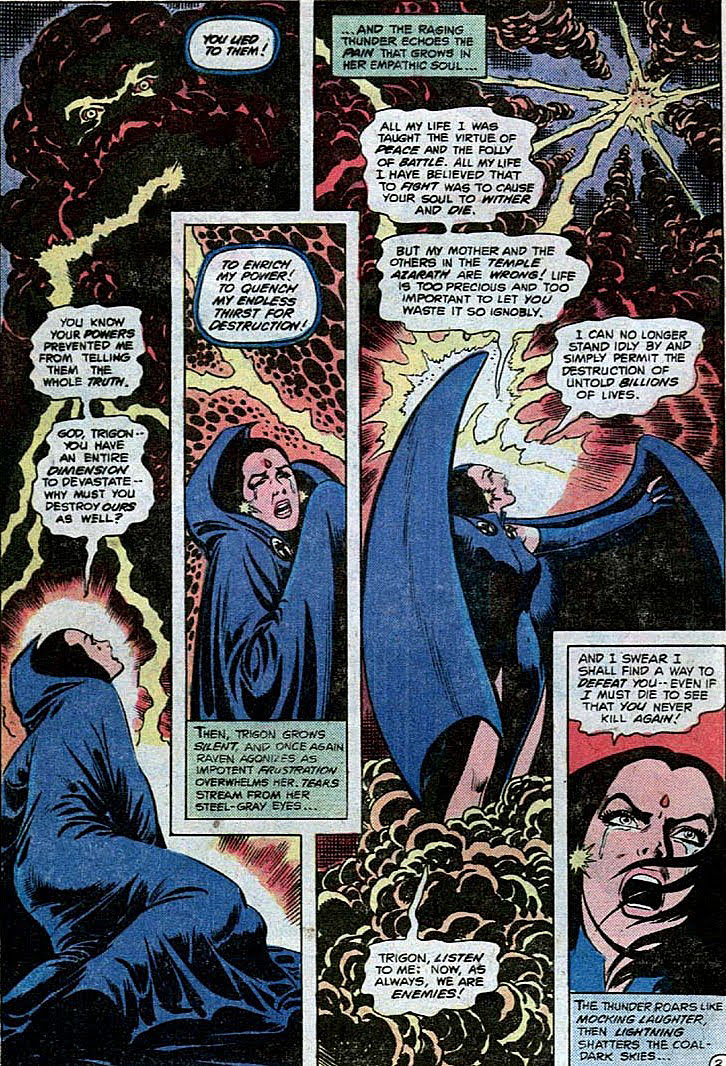 Emotional processing and regulation is one of the cornerstones of psychological health. Even considering negative experiences, from minor discomfort to trauma, having some capability of managing these distressful states forms the basis for how we weather any challenge. What I feel is helpful about Raven is that she is this story manifest.

She constantly has to manage the elements of herself which could drive her down a road of evil with the added difficulty of being an empath. At one point, she even begins to use these powers reflexively, challenging her to actively understand herself and her relationship with those around her.

While Raven may not directly portray narratives like characters I’ve discussed in the past, I think she create a powerful opportunity for processing difficult emotions. We don’t just need models to helps us see what healthy coping looks like; we also need characters who experience difficulty at handling distressful states, emotions, or experiences.

Seeing such challenges helps people to feel as though they are not alone, normalizing these kinds of experiences. Raven’s trouble at developing relationships, understanding her feelings, and controlling her dark side represent these kinds of narratives that can be monumental in helping people develop ways of looking at themselves. 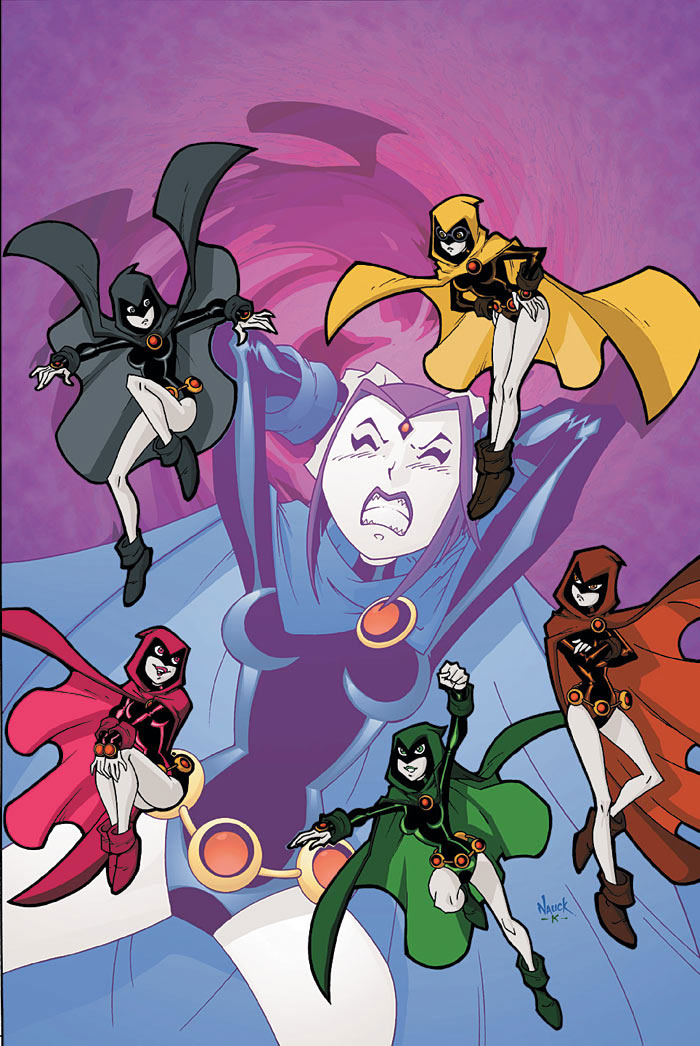 Raven’s own experience as a sort of “monster” is another area worth exploring when it comes to health, coping, and healing. Intrepid Comicosity Editor Matt Santori addressed a similar issue regarding the relaunch of the Superman title and Jon’s struggle to contain his powers. Many people, especially those who are LGBTQ, often move around the world with a fear that they are the “evil” or the “monster” people paint us as.

Such an internal experience significantly compounds any other struggle we may experience, and they are, unfortunately, realistically many. Raven reflects this story in the demonic blood that runs through her and her fear of getting close to others and hurting them. This part of her is an excellent jumping on point to discuss the isolation and the pain of feeling as though something within you is “impure,” “unnatural,” or “unclean,” as many queer people are told throughout their lives. 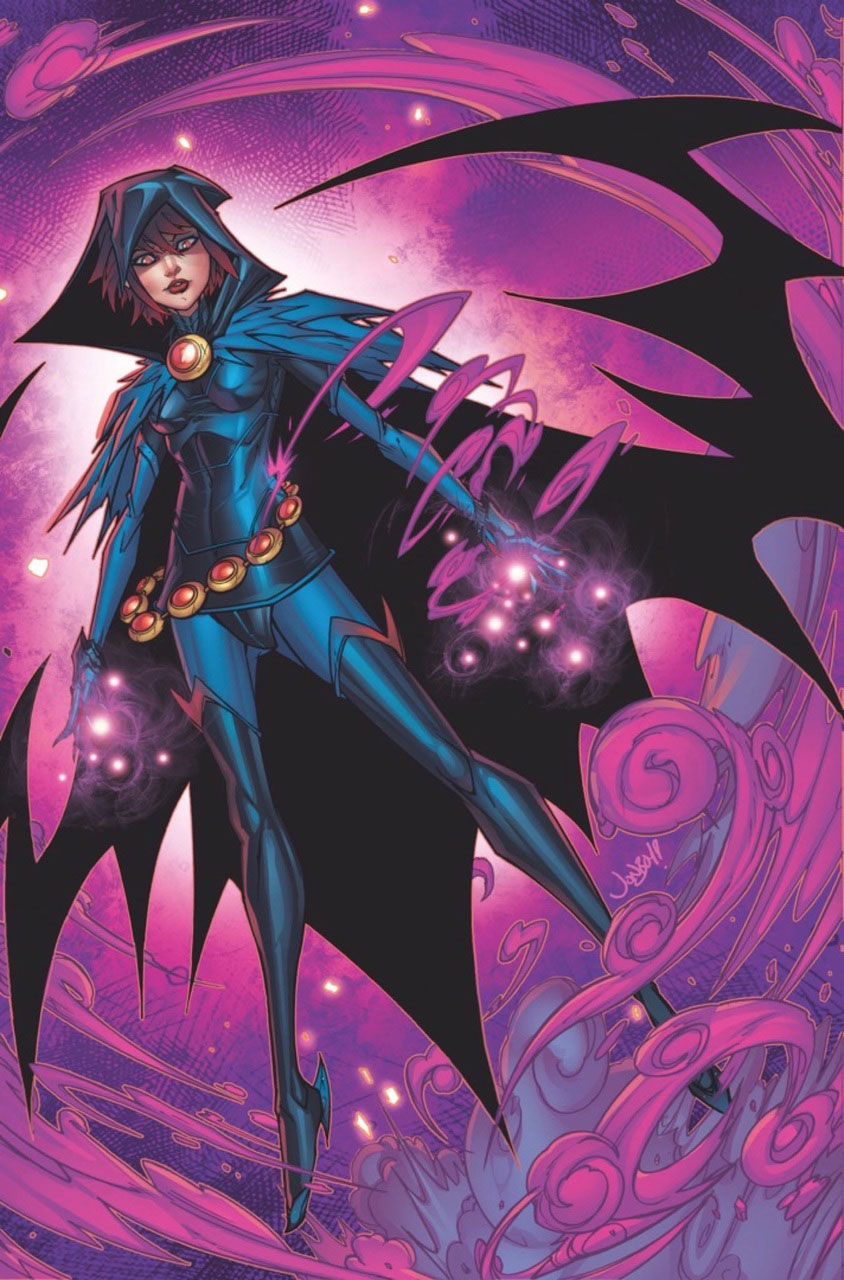 Just as she helps us cope by modeling the task of dealing with our emotions, she also models the sense of hurt that can come from being treated like “monsters,” and how we can still develop a family despite the messages from the world around us.

One of my biggest regrets about Raven is that we don’t ever get to see her fully realized. Whether because of losing her corporeal body or because of editorial mandates, Raven is constantly portrayed as a teenager. While this is helpful, in that many adolescents and young adults may see themselves in her, it also limits the stories that can be told about her with regards to growth. Imagine if Raven was a character we got to see grow into someone who helped provide support for young superheroes struggling through life. 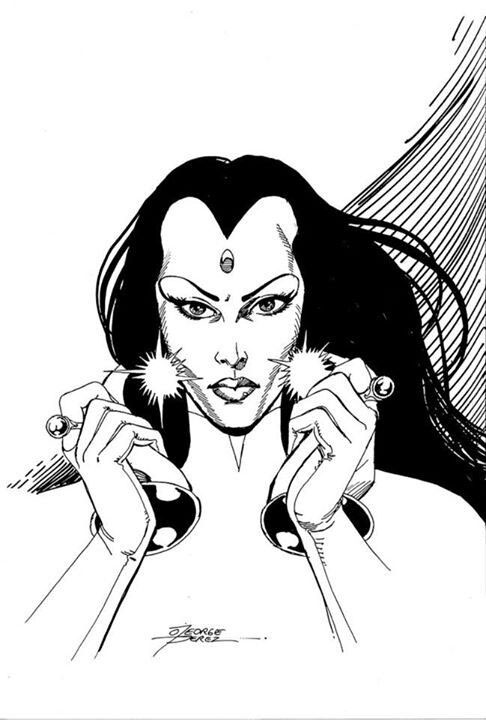 While some of this did come to be, her development also became ensnared by her relationship with Beast Boy, an element that is not uncommon for women in media and especially comics. I still feel as though there are many stories about Raven that could be told, and I hope one day they are, as she is an incredibly valuable character.

How do you feel about Raven as a character? What parts of her history do you feel help to enhance our discussion of emotions, distress, and how to manage them in healthy ways? Let me know on Twitter at @80Grey!