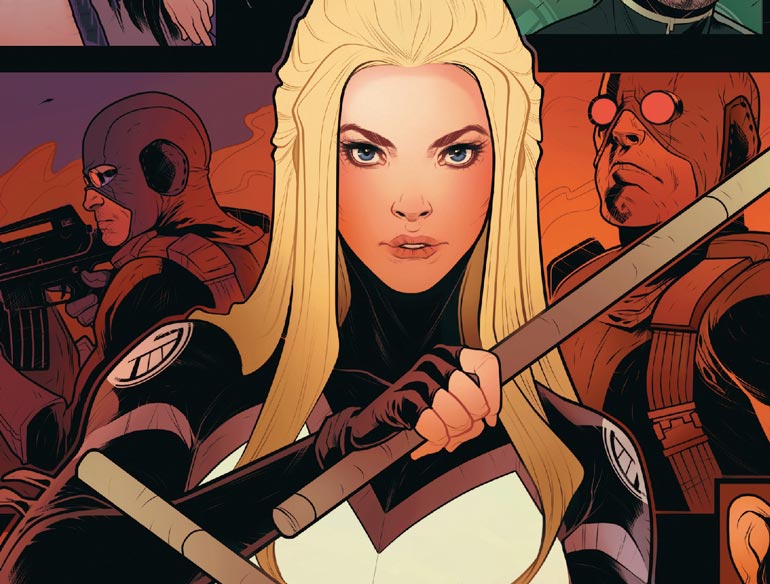 Representation and Health 101 is brought to you by the wonderful folks at Comicosity and it explores the role that diverse characters play in health, as well as the context around them.

However, we’re going to explore something different today.

Chelsea Cain, the wonderful writer of the recent Mockingbird series, was harassed on Tuesday. As a result, she decided to leave Twitter, and I don’t blame her. She experienced something that countless women have talked about regarding the comics industry. For every story we know, there are countless others we don’t. 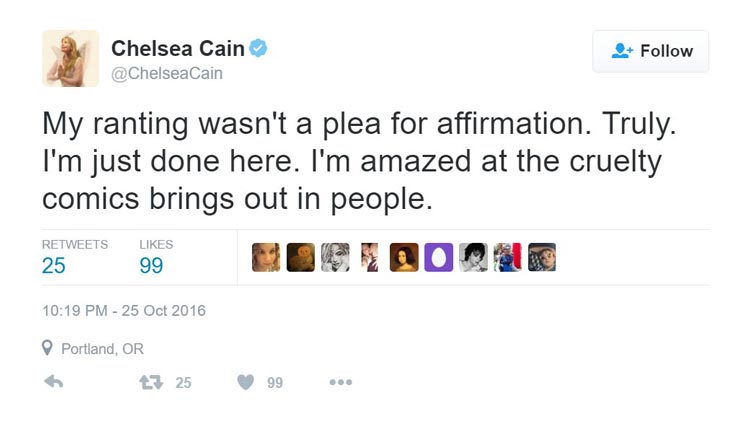 This situation plays into the mission of this column, an examination of how comics can expand our health. Last time we discussed the dangers of problematic representation, and today we are going to look at the treatment and presence of marginalized creators and how that negatively impacts both representation and health.

Let’s start at the top.

The current state of comics is that cis-hetero white men tend to be writing a vast portion of comics, which I feel is also a vast understatement. Because of this paradigm, that means that many marginalized characters end up written by them as well. 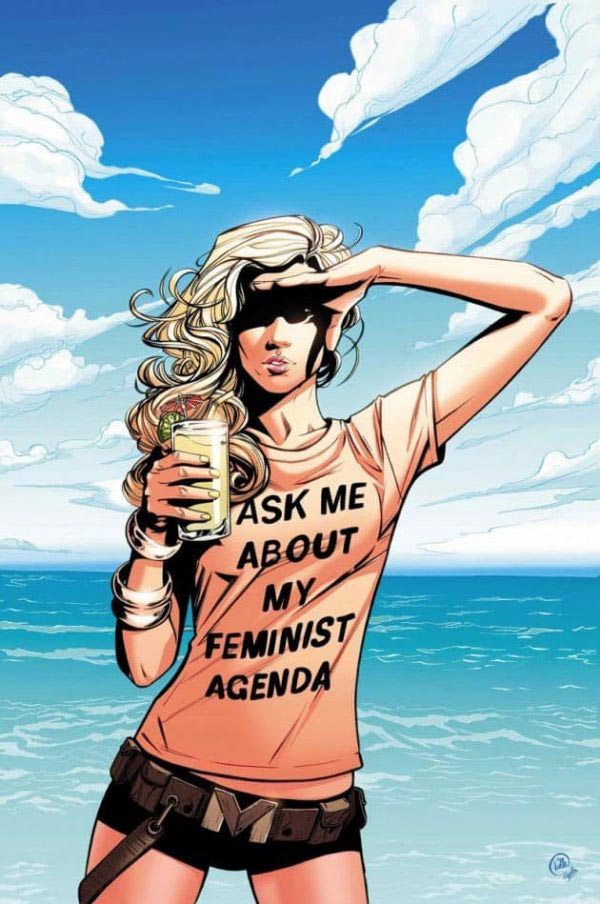 On its face, this doesn’t sound terrible, until you begin to examine comics as we should our own culture. Privileged people behind the pen of marginalized characters often miss things. Think of the extra energy required to do thorough and respectful research. Then consider how few people appear to do so. It never comes down to their survival hinging on knowing about marginalized people of any type. But ultimately, the extra work required to more intimately understand marginalized lives is a necessity, though it can often be treated like a courtesy.

Extended from this reality is the fact that there are few marginalized creators writing comics, particularly for the Big Two. There are more white women, less black men, and virtually no black women writing comics, though there have been a scattered few in the past.

Many writers are non-heterosexual, but still not as many as their heterosexual counterparts. At this point, there are incredibly few trans writers in comics, and none that I know of within the Big Two. 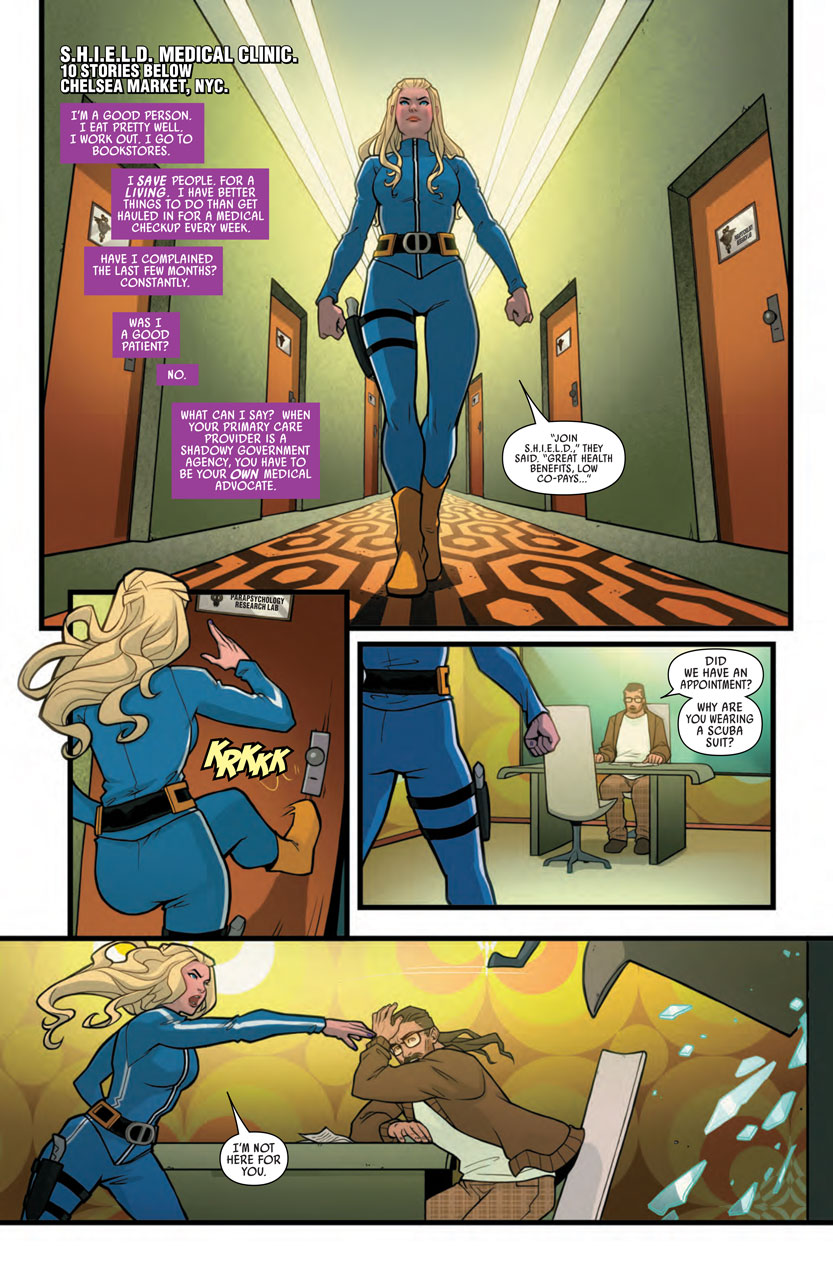 While I’m focusing on writing as one of the primary tools of shaping a story, I also don’t want to leave out artists, who tend to be much more diverse than the pool of writers. There are many men and women of color and seemingly more pencillers, colorists, or inkers who are non-heterosexual or trans.

These creators are important because they help shape stories, too. It’s not all on the writer. However, it must not be forgotten that many marginalized people aren’t represented among creative teams, leading to this next part of this issue.

Beyond the “numbers game” and that marginalized characters more likely to be written by privileged creators, what happens when the creators who are underrepresented in the industry get harassed? The psychological toll of harassment is significant, whether acute or prolonged, and it is very likely to have an effect on who people create. 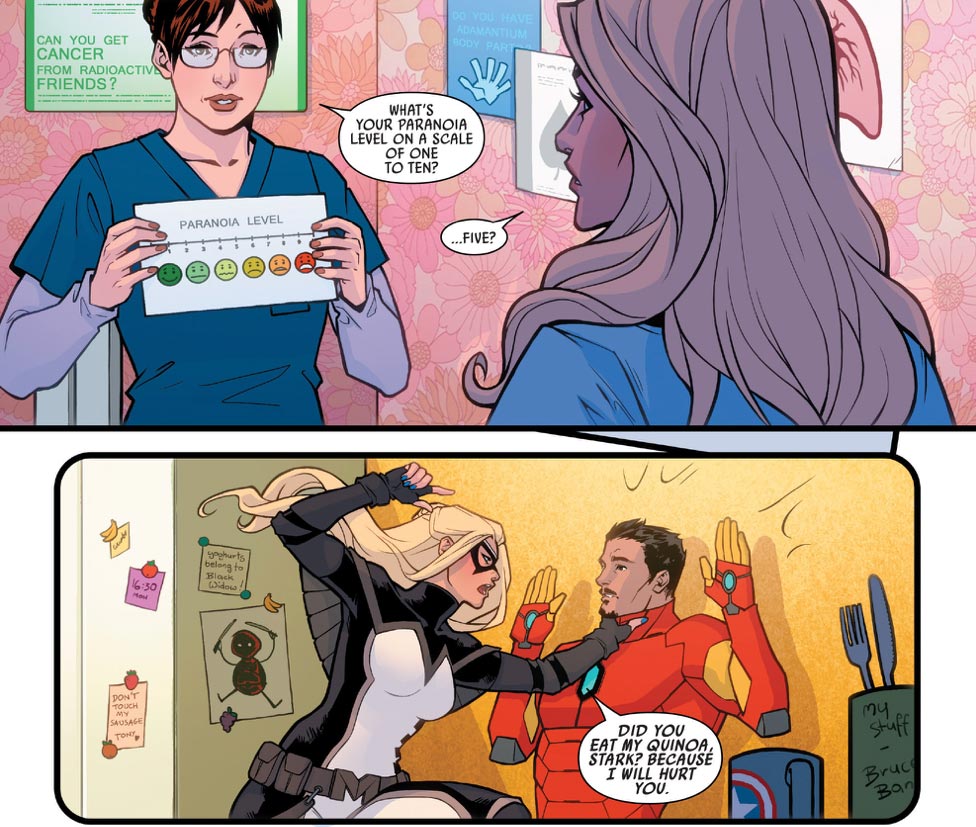 And when you consider that this is an industry that notoriously does not protect these creators, potentially blacklists them if they speak up, and who continue to employ serial abusers and harassers? You have a particularly toxic paradigm within which only those with the most privilege are going to be supported by employers and potential employers, and where marginalized people feel the stress of potentially losing their job if they are open about the who, what, when, and where of their negative experiences.

On top of creator issues, the industry also does not lend as much support to marginalized characters or their series. We see this with titles headlined by cis-heterosexual white men as well, but the impact is far greater on characters who don’t fit those identities.

For one, with each new roll out, white dudes get plenty of opportunities to show up in comics. There are waves when more diversity happens, but if they don’t do well quickly, then they face being canned. Both Nighthawk and Mockingbird are fairly recent examples of that phenomenon. 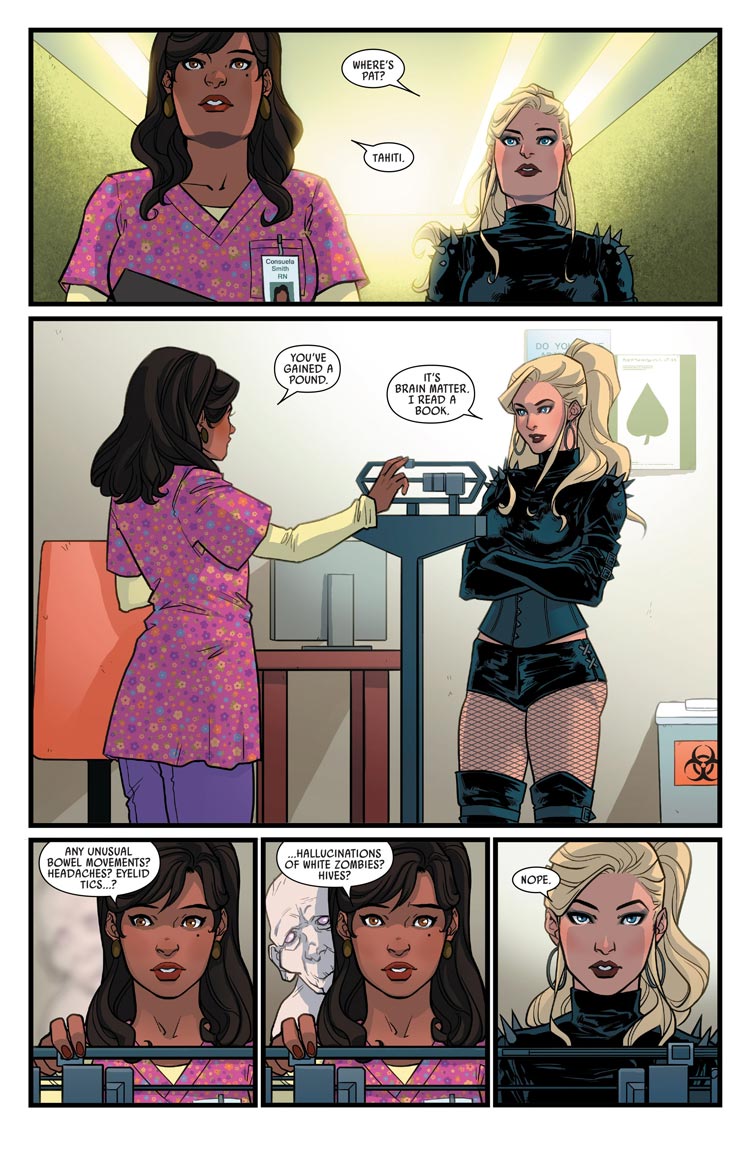 Without adequate energy behind promotion, many people do not even know certain series are on the shelves, and that’s if they take a trip to the local comic shop, if they even have a local comic shop, or if they feel safe at one.

Then you consider the energy that readers must use to stay on top of pre-orders, a broken system of constantly being aware of dates and times and cutoffs for ordering. So, it comes down to not just sales, but a system that tells people they must come out and support diverse series without giving adequate spotlight to said series even existing.

This fits firmly within a culture in America and in comics that says, “Well, if you want this to happen, YOU, reader, must work for it to happen,” forgetting that the odds are stacked against marginalized creators in comics from the jump, especially if they encounter harassment, as has been the case with many women in comics. 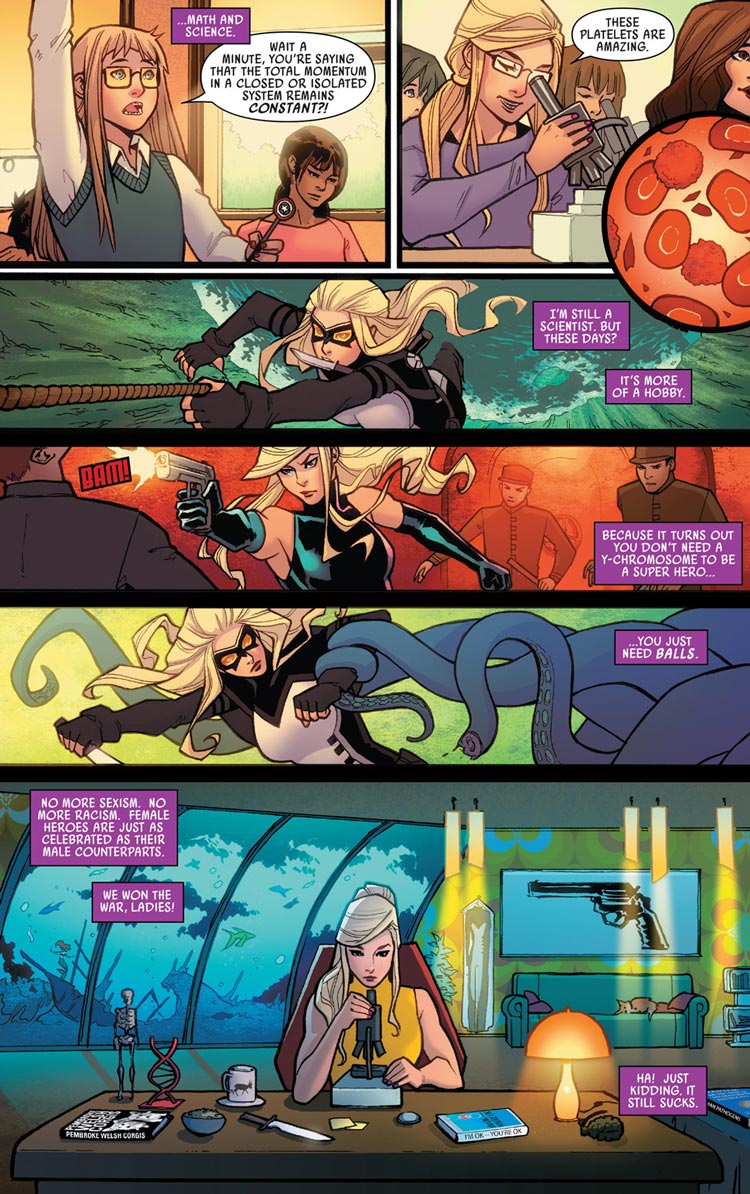 So how does this relate to our health? We’ve gone through the ubiquity of the cis-heterosexual white man in comics, as creators and characters. We’ve also addressed the under-representation of marginalized people, particularly women of color, trans people, and people at other intersections of identities. And, we’ve addressed how harassment runs amok in the industry and the effect it has on people who experience it and those who speak up about it.

Thus, when it comes to characters and readers, this circumstance leads to a lack of representation and problematic representation that does not contribute to the health of readers or could actively harm it.

When we don’t have people to write and draw these stories of marginalized people who are real and genuine, they reflect common tropes and stereotypes. These characters may also be written with politics that are harmful in everyday life, such as misgendering, racism, and forced outing.

I maintain and will repeatedly state that comics have a duty to make the world better for its readers, not worse. What we tend to see is that the support of marginalized people is on shaky ground, and that for every “improvement” we see there is something else down the line that betrays our passion for the panel and page. This is another form of oppression and it does have bearing on our health.

Remember that microaggressions are real and that even the little moments cement the impact of oppression on each of us. Having to drop series or creators for their images or actions — having to read moments that bring us back to our own negative experiences — does go on to affect our mental and emotional health. When you consider that comics could be used to enhance health because they are reasonably affordable and accessible, you’d think the industry would jump on board, inside and out.

But that’s not what we see, and it’s heartbreaking. 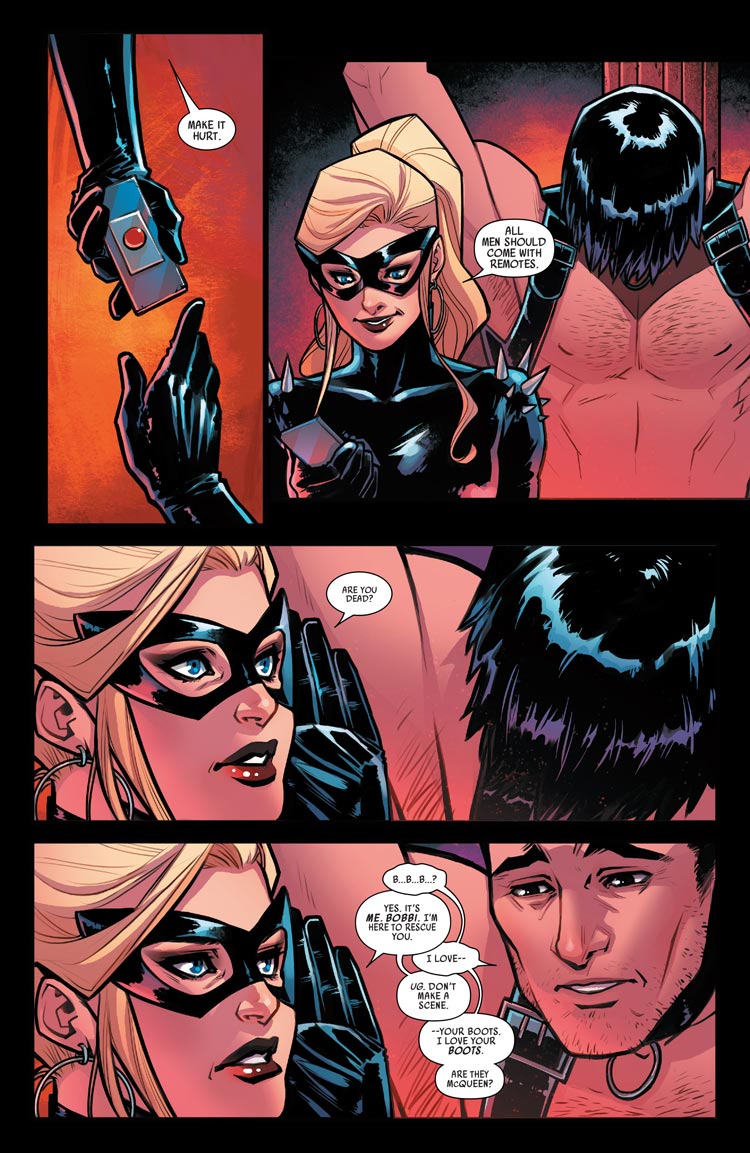 Mad shout out to Sergio Alexis, who broke down the issue with Cain and the comics industry, citing important nuances in her treatment and how companies need to do better with supporting marginalized creators when they face harassment.

Also, Tee “Vixen” Franklin — who is holding it down for black women in comics and their erasure when it comes to discussion of harassment — also broke down how Cain’s treatment is not only vile, but that the industry has a long way to go when it comes to respecting, hiring, and listening to black women without misogynoiristic backlash from creators.

Both Sergio and Tee are amazing and wonderful humans who are upfront, frank, and open about how the industry needs to do better for everyone. And they both take up the task of creating comics that are inclusive and welcoming in a way that many mainstream series can’t even dare to approach.

What do you think about the comic industry, harassment, marginalized creators, and how it impacts the characters they make and the readers who love them? How do you think we can remedy this problem without completely jumping ship?

I’m always down for a conversation on Twitter and you can reach me at @80Grey.