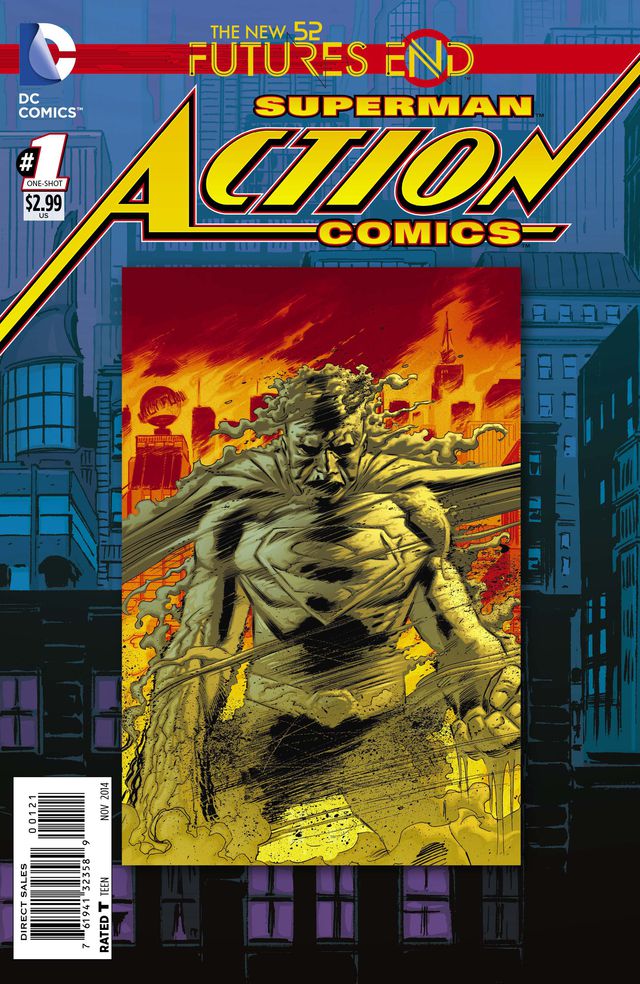 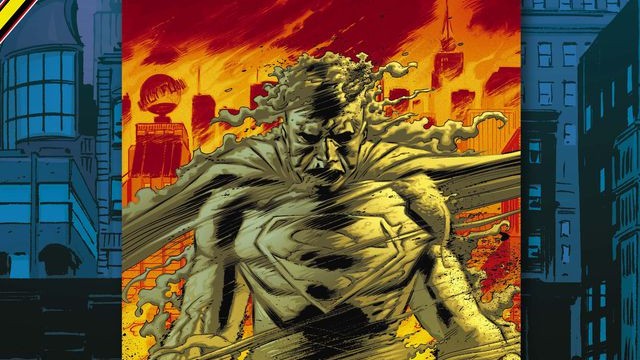 Where is Clark Kent in Futures End? The weekly title gave readers a glimpse of the whereabouts of the former Superman and in Action Comics: Futures End #1 Sholly Fisch, Pascal Alixe & Vicente Cifuentes dig deeper into what is going on with the Man of Steel.

Sholly Fisch skillfully walks the tightrope of not giving away too much information about the past events of Futures End that led Superman to his current whereabouts, but giving readers an idea of where Clark’s head is at. Through an interesting new entity Fisch examines the void Superman is leaving behind in the world and how some of his individual powers can impact people in need. Fisch uses familiar situations of despair to keep the examination on the impact of the powers rather than having to flesh out details for each individual glimpse at civilian lives, and each of them work well by themselves, and together. The three stories culminate in an interesting look at what Superman means to the world and how his decision to go into exile has an impact on society. Clark being who he is, he is still doing good, but is he really living up to his potential currently? This is an interesting dynamic to explore and I’m personally a fan of Superman stories that deal with the man, Clark Kent, more so than the ultimate warrior that Superman can be. While this story may not impact the events of the weekly Futures End title directly, they do provide an appreciated look at where Clark is at in this world and I think this issue strengthens the state of the character in the weekly series going forward.

Pascal Alixe and Vicente Cifuentes bring the issue to life visually and they provide consistent art from start to finish. The hand-offs between the artists are not jarring and each artist seems to work to their strengths in this issue. The unknown sand avatar that drives much of the issue is the perfect visual for Alixe to work with, and he excels when this character is in play. Cifuentes’ work is crisp and clean and he closes out the issue on a strong note, showcasing the internal conflict Clark is facing well. While the artwork does not make the leap into jaw-dropping territory, it tells the story well and the colour work by Pete Pantazis makes the look and feel of the issue very cohesive. His work brings consistency to the story despite the two different artists and really makes this a unified issue.

Action Comics: Futures End #1 is well told story that brings an interesting focus on the current state of Clark Kent in Futures End. This is not the most explosive issue of the event thus far, but it enriches the Futures End experience by providing a welcomed look at the void and internal conflict of the world’s most powerful hero. At the end of the issue I found myself far more invested in the status of Superman in the weekly title, so I’ll call that a win.