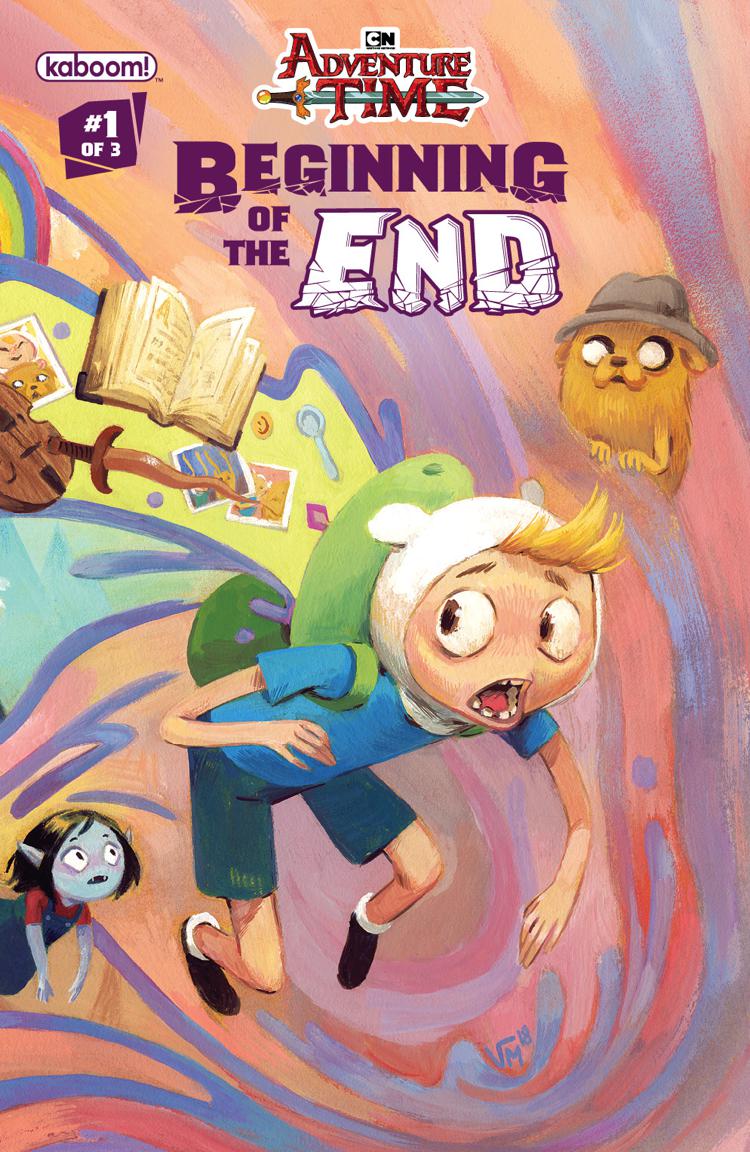 “What happens in our pasts lays the foundation for our futures…the past doesn’t define us, but it doesn’t always give us a lot of options, either”. After one tiny mistake, Finn finds himself captured by a being who controls all of time in this exciting first issue of Adventure Time Beginning of the End!

Anderson fits the style of the show perfectly, creating a terrible villain that meshes well with the eclectic ones Adventure Time already has, especially when it comes to cosmic entities. I like that this being that cares so little about the events of time and finds the death and collapse of all things to be inevitable gets so invested in punishing Finn due to accidentally using the All-Time’s name in a way that the creature viewed his statement as an oath. There’s something so petty and fickle about Chronologius Rex’s logic that’s fun to watch play out.

I love Julia’s work, especially when the art becomes more abstract in the vanishing point. The weirdness amplifies the confusion Finn’s feeling about the entire situation.

The hallway of memories Finn sprints through is captivating. It’s an amalgamation of his life, showing random glimpses of his life from the show. It’s fun to look for the easter eggs.

The character design for Chronologius Rex the All-Time is intriguing. I like the slow descent of ages with both his eyes and his limbs. I like that the strange orange goo that fills him contrasts with the blue time-shadows Finn sees before finding himself in the vanishing point. The character designs for both Marceline and Princess Bubblegum’s cameo’s are nice too. I like seeing younger Marceline and bedtime Bubblegum, it adds yet another layer of humanity to their characters.

My favorite scene is probably the ham scene on the first page. I love seeing kid Finn and Jake playing in the snow as their father throws a ham their direction, telling them to eat it because “it’s good for your heart!”. It’s a cute, heartwarming page that really starts the comic on the right foot.

If you like Adventure Time, you’ll definitely love this comic.