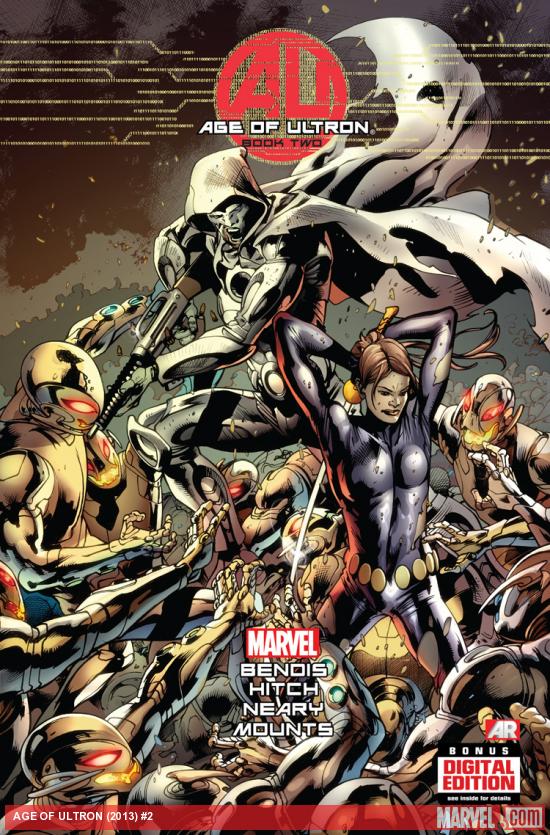 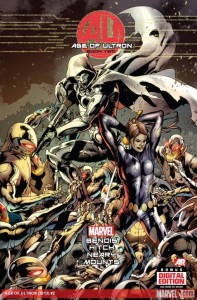 Wasting no time, Age of Ultron is being released seven days after issue #1. After mostly ho-hum reviews of the opening issue, Age of Ultron #2 looks to bounce back and and build momentum towards the *long* two week wait for issue #3.

There isn’t much to say that hasn’t already been said about the series. A lot of the problems that plagued issue #1 are still prevalent in #2, with no signs of them turning it around. The series has slowed to a crawl at this point. Nothing happens. They spend most of the issue establishing plot points that were already established in the previous issue, which feels even weirder when the last issue came out exactly seven days ago. Characterization has also been non-existent.  With issue #1 revealing the group of heroes, I expected issue #2’s saving grace to be the interactions between the new ragtag group of heroes and for it to have a spark from the trademark Bendis dialogue. To continue with the theme, nothing much happened. Any development that did occur were typical character tropes you would expect in a destruction of society story. The conversations were flat and uninspired. Most of the dialogue was ‘one and done’ quotes from characters that didn’t capture that character’s speech or personality. Beast had a line, but that line could have been delivered by Wonder Man, Ice Man, or even Justice, and nothing would have changed. The largest problem is also the biggest head-scratcher. Right now the series is 2 issues (40+ pages) in, and there is no main plot. With Bendis’s recent resurgence with the X-Men titles, to have a story that is going in circles right from page one, issue #1 is disappointing.

Age of Ultron so far has felt unnecessary, or at least most of it has. A large chunk of the issue was dedicated to a subplot with Moon Knight and Black Widow surviving. There wasn’t anything you haven’t seen in a zombie apocalypse story in there, but it was still passable. The problem was that when that subplot ended, it didn’t accomplish anything. It didn’t strengthen the main plot or give the character any new wrinkles, it was just….there. Even the way the book is laid out gives the same feeling. The first few pages and panels seemed to be going in the same pattern: character, destruction city shot, character, close up on destruction. Already it shows the series shouldn’t have been ten issues and they are stretching.

But, there is always a silver lining. Bryan Hitch always impresses me, and continues to do so in Age of Ultron. His wide sweeping action panels and splash pages never get tired, and his blown up cities shot look about as good as a blown up city can look. In the middle of the issue is a wall of super hero pictures drawn to perfect detail by Hitch, which I spent way too much time on zooming into all of the possible characters with my iPad.

It’s frustrating to read a series that has all the makings of a hit and see it fall flat. I’ve already spent $8 dollars in two weeks and I would be very surprised if I could convince myself to spend another $4 this month to continue the series.