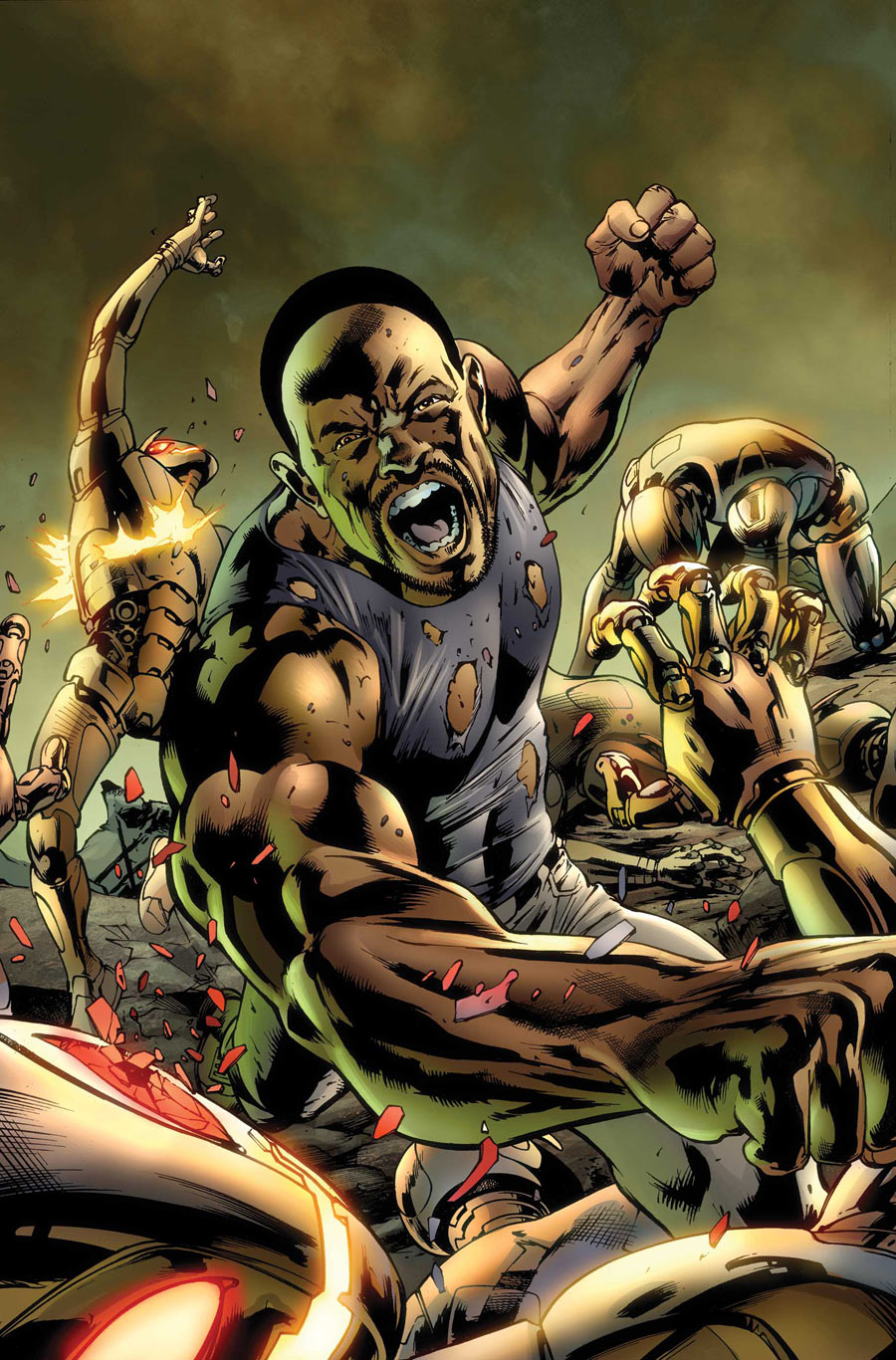 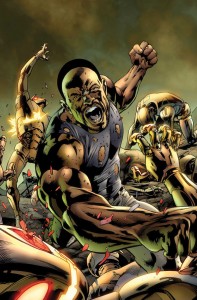 A time period for the apocalyptic wasteland left by Ultron is finally given: It’s now!

Despite the slow start and constant talking heads of the first few issues, Age of Ultron #4 raises the stakes with some rather violent action. When we last left our heroes, Luke Cage and She-Hulk, they were following Captain America’s plan to find out more about Ultron and just how he was able to cripple the world. The surprise reveal of issue 3 is not completely explained, but short and exact dialogue between Cage and Vision show just enough of how Ultron is able to stay safe while leaving enough mystery for future issues. From there everything goes crazy and She-Hulk decides she’s heard enough and makes a fateful decision.

Understand something, I’m the biggest She-Hulk fan Comicosity has ever met. I own more individual issues of her from her three different solo series than probably anyone on this site. With that being said, I should have been furious about the actions she takes and what goes down. However, knowing how drastic things are, how lost the world is and knowing that it cannot stay this way (after all it’s been implied since issue one that Thor is dead), the action sequences, and the heroes continuing to fight was almost beautiful.

Logic is pushed a little as our heroes make their escapes. This is where some people might be lost, not with the story, but in the way Brian Michael Bendis pushes the power-set of some of our heroes.  Especially considering the situation, I was able to forgive this part. Also, despite the Days of Future Past-like choke-hold Ultron has on the population, the heroes believe they know just where to head for safety.

The Savage Lands are not given much art space to breathe. Hopefully, that’s because the great art for that is being saved for the next issue. The last statements of the surviving group of just what needs to be done to solve the problem of Ultron sounds extreme. You know there will be lots of talking and debating next issue (hopefully with fists as well as words).

While previous issues seemed a little slower out of the gate, the pacing with issue four was right on target. Bendis is more on target with the voice of some characters compared to others. However, the bursts of action seem right on track.

The art was spot on. Bryan Hitch not only continues with the little details that make the environments engrossing, but creates almost painful images of hate, concern and, in the case of She-Hulk: pain. This makes any heartache reading the book worth it. These last couple issues of Age of Ultron were make or break points on continuing to read the series. The final panel of issue three had me hooked. The whole of issue four has me sold.