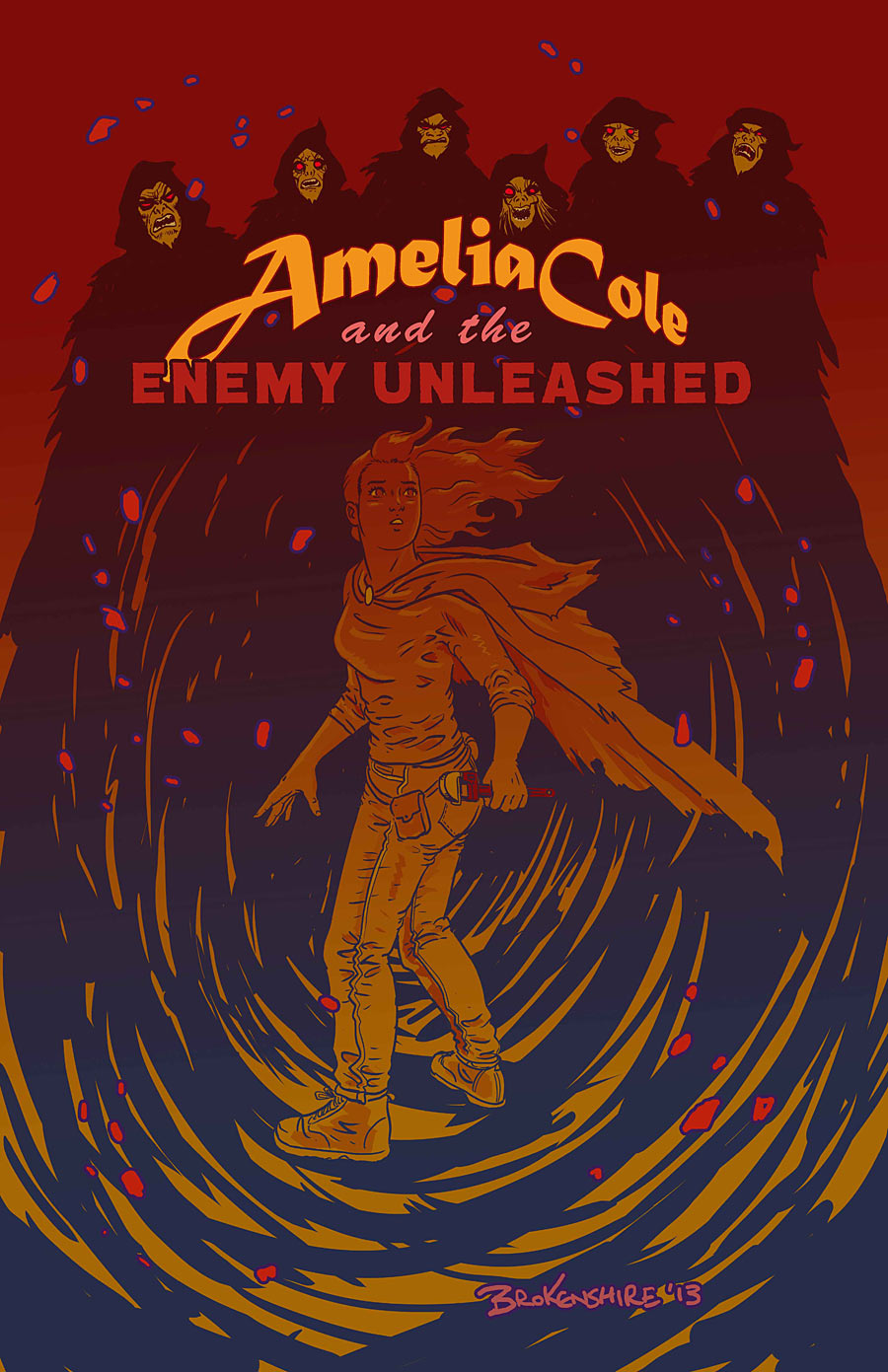 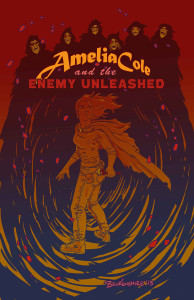 Amelia Cole returns as Adam P. Knave, D.J. Kirkbride and Nick Brokenshire bring readers back to one of the most charming worlds in comics.

Issue #13 kicks off the third volume of Amelia Cole’s adventures and the action picks up right where we left off at issue #12. During her time as Protector, Amelia has always believed her boss was up to something, and now she’s got proof and is ready to confront him. There are several plot threads that are coming together in this issue and Knave & Kirkbride do an excellent job of ramping up the tension as the issue comes to a close. Some of these moments that are on the brink of happening have been in the works for months and the energy and momentum of the story really builds up down the stretch. Throughout the issue there is a strong sense that the game is about to change, and that the stakes have never been higher for Amelia, Omega Company or the world they live in. The dialogue in this issue (and series) is charming, witty & entertaining as Amelia continues to be one of the most likable characters in comics. Her unwavering goal of doing what is right gets her in trouble often but is one of the most endearing traits of her character. Amelia is altruistic and legitimately wants to help people, and that kind of purity is nice to read. The supporting cast, and cast of the second plot thread, each have their unique voices as well. These characters grow stronger by the issue and, no matter how small their role, really strengthen Amelia and the world Knave and Kirkbride are fleshing out. Strong side characters, high quality dialogue and one of the most likable lead characters in comics highlight this script, which is truly a fun read for all-ages.

Nick Brokenshire’s art is solid from start to finish. This world has been crafted by his hand from the beginning and his work is as strong as it has ever been. His style compliments the script very well and Amelia, in particular, has an energy that leaps off the page. The world he has built is magical and fun to read. Amelia’s purity is evident in his art and the colour work by Ruiz Moreno takes it to the next level. The colour work gives this world a dynamic feel and, with Brokenshire’s pencils, sets the tone for this story and series. Brokenshire & Moreno work very well together to create a rich, energetic world for this unique story to occur in. These are two very talented individuals working with talented writers to tell a very special story and it should not be missed.

Amelia Cole #13 is an energetic, fun, adventurous comic that will leave you with the feeling that everything in this world could change dramatically very soon. For $0.99 it is probably the best value you will find in comics as this endearing story is more skillfully produced than most of what is out there. A truly all-ages story (and I mean that in the best way) with solid artwork and strong writing, Amelia Cole is a comic you should be reading right now….you’ll be glad you did.