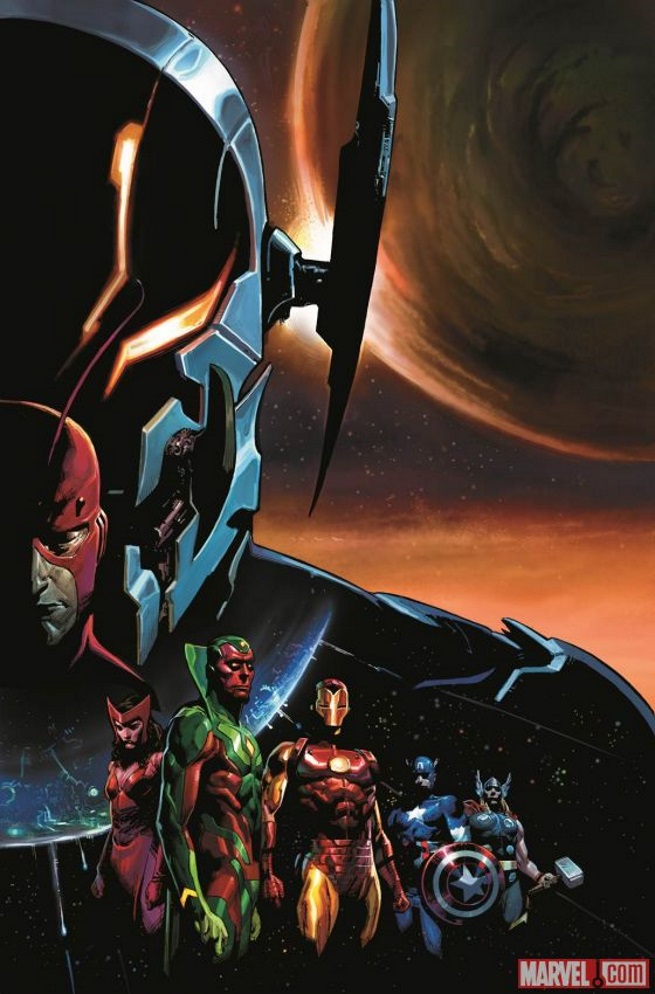 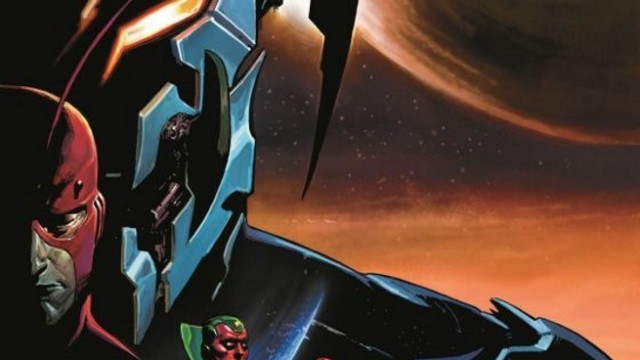 Ultron is the machine of the hour and a huge focus of the newest Marvel OGN, Avengers: Rage of Ultron. Rick Remender reunites with Jerome Opena to dig deep into the motivations of the most famous machine in the Marvel Universe and his maker, Hank Pym.

Rick Remender does what he does best in this OGN, breaking characters down to their fundamentals and showing readers their raw form. It’s been a long time since readers got an in-depth look at some of these characters like this, and Rage of Ultron does a lot of things right. Remender takes some risks in this one, choosing to go down some bold paths and take on some heavy subjects. He writes this cast of characters well, with his Uncanny Avengers complimenting Pym and Ultron as the primary cast of the book. His experience with these characters shows, and their banter is strong. Remender balances the heavy subject matter with humour well, but at no point does it overshadow the examination of Hank Pym and his creation, Ultron. The two characters are written very well and both undergo some intense changes that Remender crafts very well.

Without the need to pause of issue breaks, Remender can let the story flow and he builds this tale brilliantly. The intensity grows at a natural pace and the conclusion hits like a hammer because of well this story unfolds. Remender changes Avengers history while respecting its past, and there is a lot to enjoy in this tale for Avengers fans new and old. Remender walks the fine line of making this accessible to new readers while giving long time Avengers fans something new to enjoy, which is no easy feat.

Jerome Opena’s artwork is a huge part of that balance, with his masterful work evoking a classic feel while throwing down all kinds of new school craziness. Opena’s work is phenomenal, jaw-dropping and flat-out amazing, with brilliant splash pages showcasing fantastic amounts of detail. He is joined by Pepe Larraz who also holds up his end of the bargain, with the duo never faltering from the first page to the last. Their styles blend surprisingly well, and the net result of both their efforts is an OGN that is exceptionally easy on the eyes. Both artists are gifted storytellers and the amount of emotion they charge their imagery with is impressive. This is not just the usual smash-and-bash Ultron story and the artists more than carry their weight with the emotional aspects of this tale. This is top-flight artwork in this OGN, and these storytellers work very well with Remender to create a well rounded story.

Avengers: Rage of Ultron is a great read and I highly recommend this for Avengers fans new and old. There is a lot to enjoy in this story, and there will be ramifications on the Marvel Universe as a whole. Remender, Opena and Larraz are one hell of a team and they tell a damn good story here, in what is the strongest OGN Marvel has released in the line.