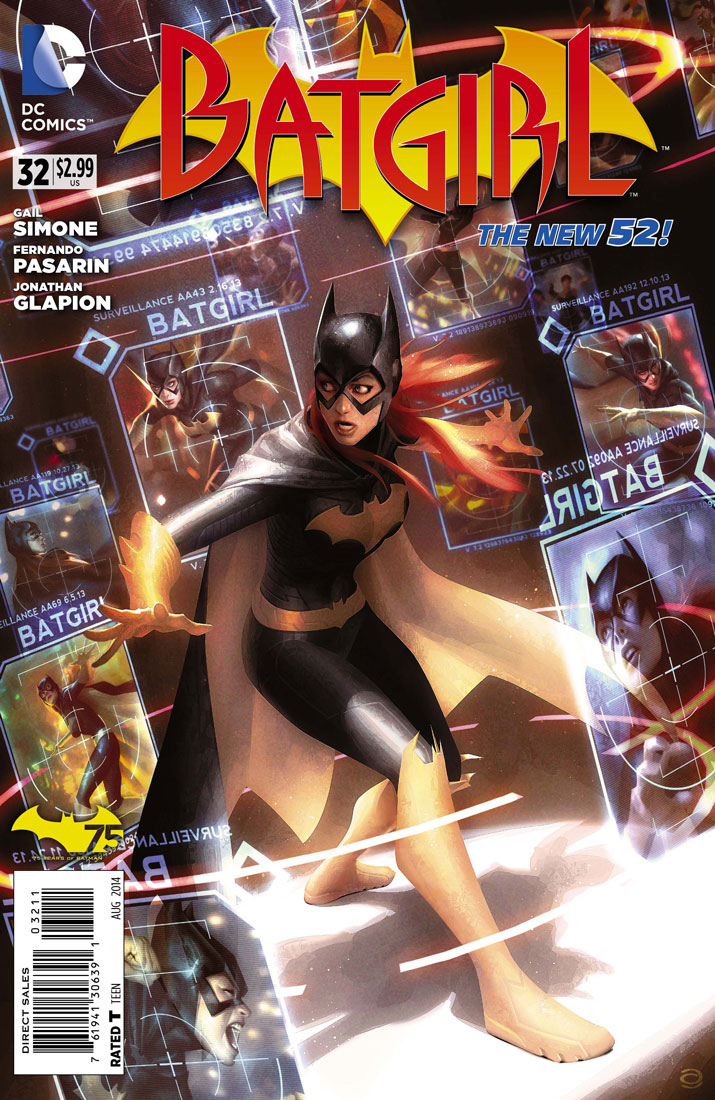 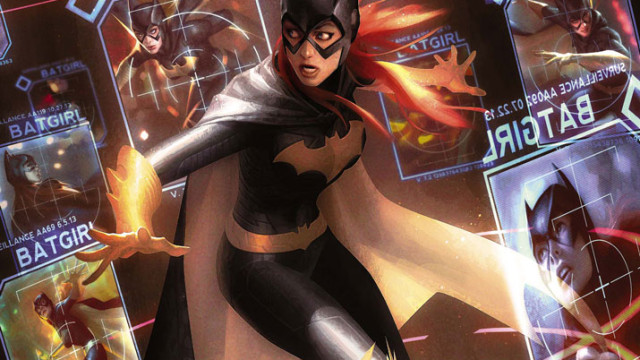 So, here’s the thing. I don’t normally do this, but I just have to write a spoiler-FILLED review this week. I tried to get around it, but quite frankly, I don’t think I can do the issue justice without really getting into the meat of what’s there — reveals, minutiae, the whole burrito.

If you’re the type of person who hasn’t read their comics by Friday, or just doesn’t want to suffer people who tell all in a public forum, I totally get it. Come back next week. I’ll be extra mysterious and obtuse just for you.

And it is. Batgirl #32 is an exceptional jumping on point for delving into the craziness that is Barbara Gordon’s life — especially for those who have been on the fence about returning to her adventures post-Oracle. So much of this issue really highlights that this really is Babs’ story, in batsuit or out, and that what defines her isn’t necessarily being Batgirl. In the course of 20 pages, we see reflections of her relationship with her father, her boyfriend, her current best friend, her former best friend, her roommate, her arch-nemesis, and the police. If there was ever a state-of-the-union template for thoroughly developed comic book characters, Gail Simone may have produced it here.

What’s so compelling about Simone’s display is not only that it takes full advantage of Barbara as a person first, and a costumed hero second, but also does so in a monologue that feels genuine. This is a woman whose life is in constant upheaval, and yet she’s still remarkably pulled together. Even in her worst psychological moment — when she hears from Ricky about the threat to his family — Barbara can still intellectualize her reactions and own them outright. It’s a trait that makes for a great protagonist, self-awareness, even in the face of imperfection, without self-pity.

The moment that brings the most delight to long time fans, of course, is the final page reunion of Babs with Birds of Prey alums Black Canary and the Huntress. Yes, we’ve had a Birds of Prey comic in the New 52 (that I’ve alternately enjoyed and been disappointed by), but nothing really comes close to the voice or the particular dynamic that these three have when written by Simone. There’s a real difference between writing a stable of women as colleagues on a team, and writing them simply as friends, in the emotional connection a reader gets to make with the characters. The former isn’t a bad approach, and can be exceptionally entertaining, but there’s a power in the latter that just can’t be matched. The personal connections, the repartee, and the comfort that comes with that set-up add an entirely different layer of storytelling — even in the face of conflict.

Having a built-in personal connection to new antagonist Obscura — being Babs’ college roommate and rival — adds that extra layer as well. Fans of Simone’s run on Birds of Prey will see a symmetry with Babs’ pre-New 52 relationship with Katarina Armstrong, the Spysmasher. While Muni is clearly from a division of Spysmashers herself, the added bonus of having been long thought dead — and mourned — during a period of Barbara’s life we currently know so little about is an intriguing prospect. It electrifies their meeting, and justifies Babs’ rash action, if not Muni’s own determination as well.

It’s the visual dynamic between Muni and Babs that drives home how much Fernando Pasarin contributes to fully realizing Barbara as a living, breathing protagonist — and just how well matched he and Simone are as creative partners. Pasarin’s facial expressions are not always necessarily subtle (my favorite could possibly be the one where Babs gets injected with a sedative), but when the script calls for it, some very slight pencil choices make for beautiful moments (as is the case with young Babs’ face when in the martial arts ring with Muni).

Pasarin’s linework combined with Glapion’s finishes give us a consistently clean and sharp feel to every character and their surroundings. Their Knightfall is appropriately glamorous, Sally brutish and pretty simultaneously, and Babs — just a picture of a young, smart woman who knows herself better than most.

It’s a thrill to be able to dig deep into character in a super-hero comic, and Simone, Pasarin, and Glapion offer that opportunity with Batgirl #32, in spades. That this is only the first part of three in this long-awaited reteaming of friends is reason enough to count the days until the next issue. But knowing the kind of depth these creators deliver on a monthly basis makes the wait all the harder.

If you’ve gotten this far and still haven’t read the comic, check out our exclusive preview of Batgirl #32!