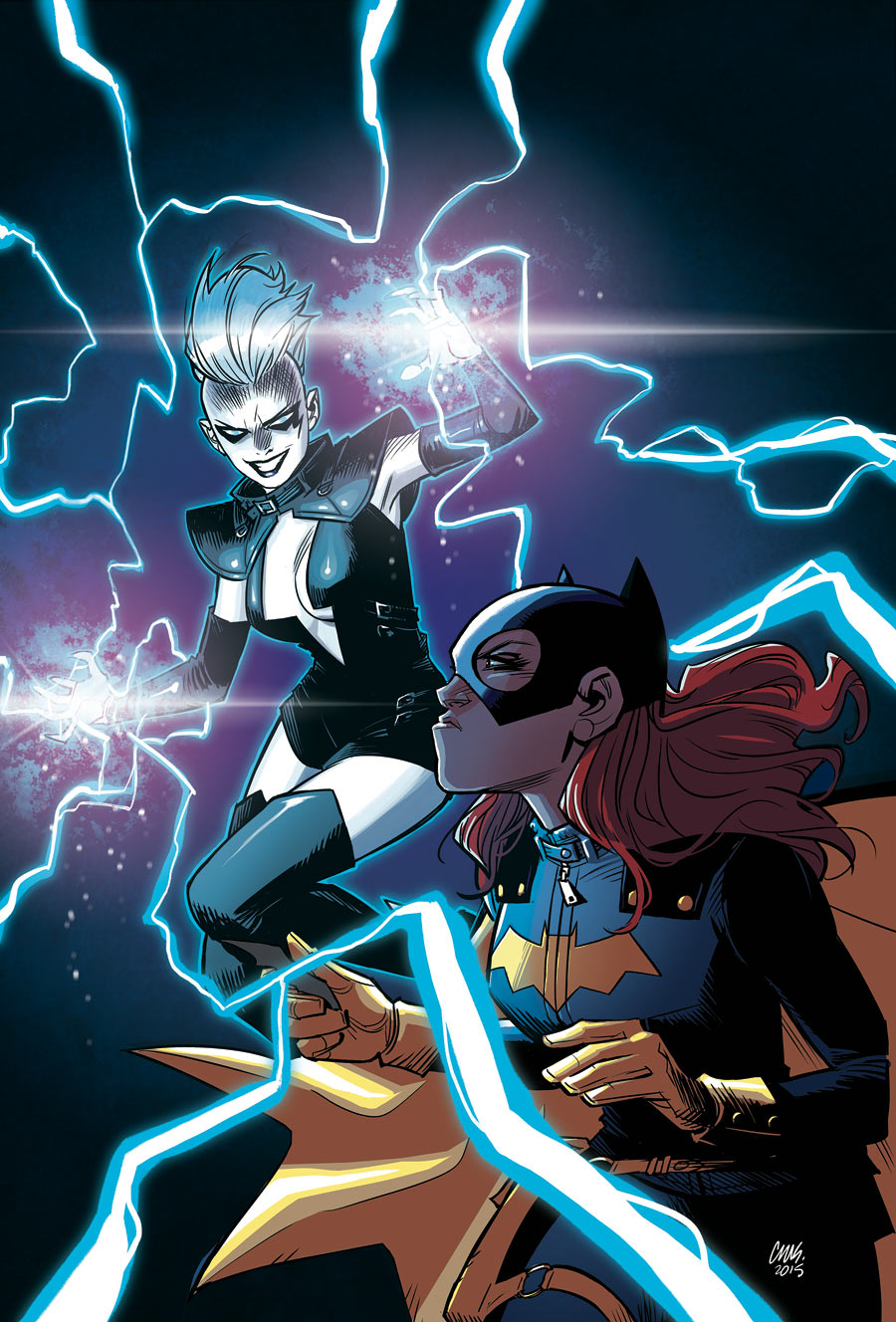 Batgirl has worked alongside a lot of guys in bat-suits, but never thought chasing down bad guys with her father in one was in the cards. And dear old Dad has a mandate: arrest and incarcerate all unauthorized vigilantes — friend or foe. So, it’s not just Live Wire that needs to watch out, Babs. The Batman is coming for you!

The last time we got Barbara and her father together in the pages of Batgirl, it was a much more somber affair. In the wake of her brother’s “death” at the end of her batarang, Batgirl was Enemy #1. This time, maybe she’s Enemy #2 or 4, but like all vigilantes in Gotham, the new regime doesn’t want her around.

Good thing the old regime did. And he’s wearing the Batman costume at the moment.

Stewart and Fletcher give us a fun romp that doesn’t ignore the seriousness of the situation in issue #42. We get to see Babs’ purely beaming personality, even in the moments that seem difficult. Small details like Batgirl pausing as she runs away, or the wink she gives her father (who may or may not know who she is under the mask), just make for a book that feels deeply joyous, even in dire moments.

Which makes the moments that are meant to be 100% exuberant — like that last page reveal — even more overwhelming. (If you want to check out the spoiler, go here.)

Babs Tarr continues her light-hearted take on Babs’ environment and look, giving her father in particular a really dynamic presence in a suit that could easily have felt stiff. Her take on Batgirl’s facial expressions in particular are so fun and amusing — comical, but touching at the same time in parts. Her layout assist from Wyatt and Lacombe delivered a sharp issue that’s treading further and further away from what we’ve grown to expect from mainstream comics, and I’m loving every step. The simple shapes, bold movement lines, and exaggerated face and body language is just so endearing and energizing from this side of the page.

A major shout-out as well to colorist Serge LaPointe, who tendered one of the richest palettes I’ve seen in a comic in ages. I read this issue first in digital form and then in print. There was seemingly no change in intensity or contrast, and that is an incredible feat.

Look, Batgirl is clearly a book I celebrate and one that DC looked to for a sense of where its future should take them. Both calls are the right one, and never more than this month. The strongest issue of the all-new run to date, Batgirl #42 is the joy I want out of my favorite character — every month — and more.