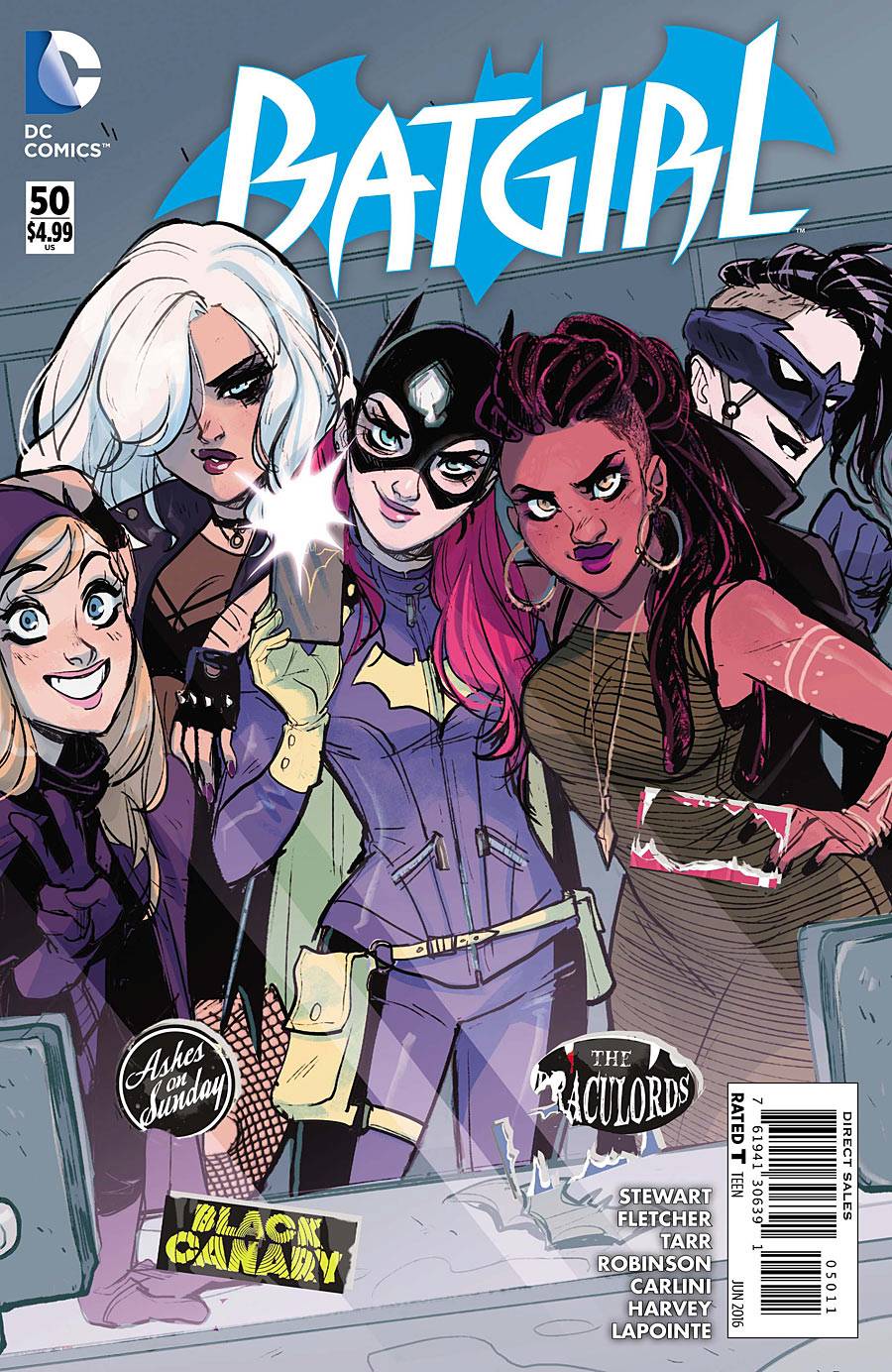 The Batgirl of Burnside’s adventures are exploding to a close in this fully video game-inspired chapter. All of her rogues gallery (since she moved into Burnside) have been busted out of jail and are looking to get their revenge. At the center of it all is Fugue, the mind-bending villain who has invaded Barbara Gordon’s life and changed her memories. Fortunately, Batgirl’s full supporting cast of heroes is on hand to take them on. This story isn’t about appeasing readers, being overly clever, or vastly changing the status of characters. This month, Batgirl is pure fun. 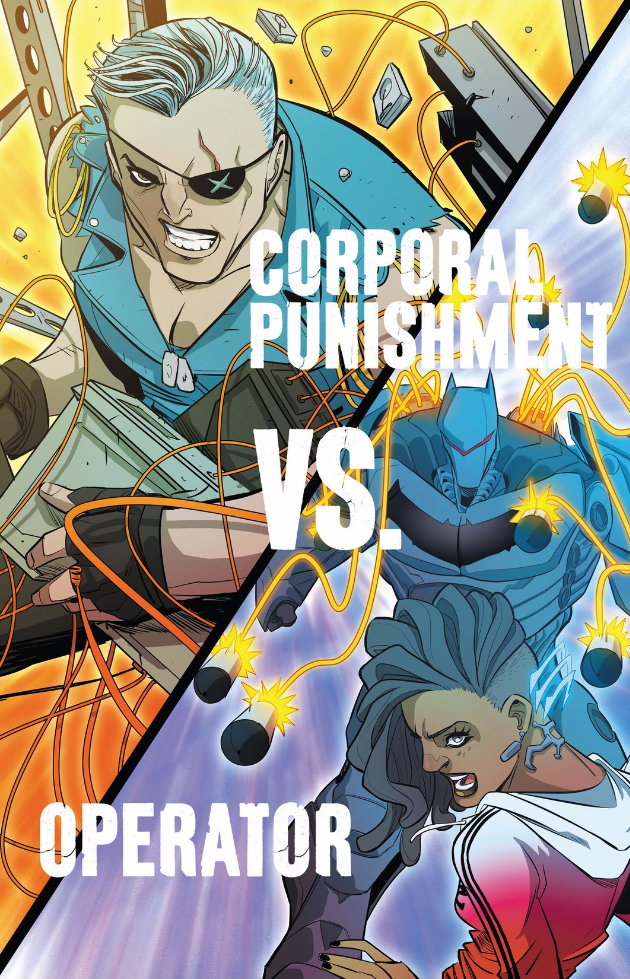 In a style similar to Street Fighter 2 or Mortal Kombat, the issue pits specific heroes against specific villains. This fits in perfectly with video game and computer aspects that have been woven throughout this creative team’s run. Those “vs” splash pages also help to create transitions. With this oversized, special issue you have groups of creative teams who divide up the various fights. No one team has an art style so drastically different from the next that it takes you out of the read. From schematic double spreads to panel-breaking action, there is a lot of fist-flying adventure.

Frankie’s potential as a hero is taken to the next level. The Operator, as she’s called, is able to get her brain linked up with some familiar tech. It might leave you scratching your head for a minute. However, once the dust settles just two lines of dialogue are all that is necessary to explain her epic move. With talk of Rebirth books, the possibility has been floated that Frankie will not be a prominent character in Batgirl. That is an unfortunate choice, given this example of how she can shine. Hopefully, she is able to find her way into the Batgirl and the Birds of Prey title at some point.

Understanding key plot points in this issue hinge on readers having previously dipped into this arc. However, there are a few key pieces of dialogue that attempt to explain how these villains operate, so reading other issues isn’t a necessity. Also, readers just picking this up for the #50 on the cover might be a little confused about the plot twist at the end. Taking a minute to go back over the exposition dialogue that explains the Fugue’s powers (and what he did to Batgirl) would probably help.

Another great moment was the acknowledgement (and working in) of Barbara’s neural implant into the story. The methodology that helped Barbara walk and fight crime again has definitely been a hot button issue. Its ableist sentiment can be a rough point. This issue does not tackle those feelings.  What it does is use the art to make it clear just what the implant does for Barbara. This is good for those who have heard it discussed or part of a fast plot point in other issues but did not understand its full implications.

The neon-toned color work screams energy and power. It is a popular palette found in the clothing of today’s preteens and teenagers. However, once the story reaches an epilogue, day time pastels take over. It’s a nice change up and great storytelling device.

Those looking for a gritty, realistic portrayal of superheroes might want to find another book. This story is all about full-blown action, adventure, and over the top fight scenes. It’s amazing to see so many creative hands working together and creating a joyous ending for the Batgirl team. There is two more issues left featuring writer Brenden Fletcher. However, this issue should really be looked on as the final boss battle the Stewart, Fletcher, & Tarr run has been building toward.

This series has moved from focusing on Batgirl’s lone struggles to a team book. Working together to determine how to best overcome the odds gives way to one fight scene after another.  These elements combine to help create rollicking and venturesome conclusion that leave you with a smile — perhaps a tear, while sorry to see such a fun grouping of characters end.