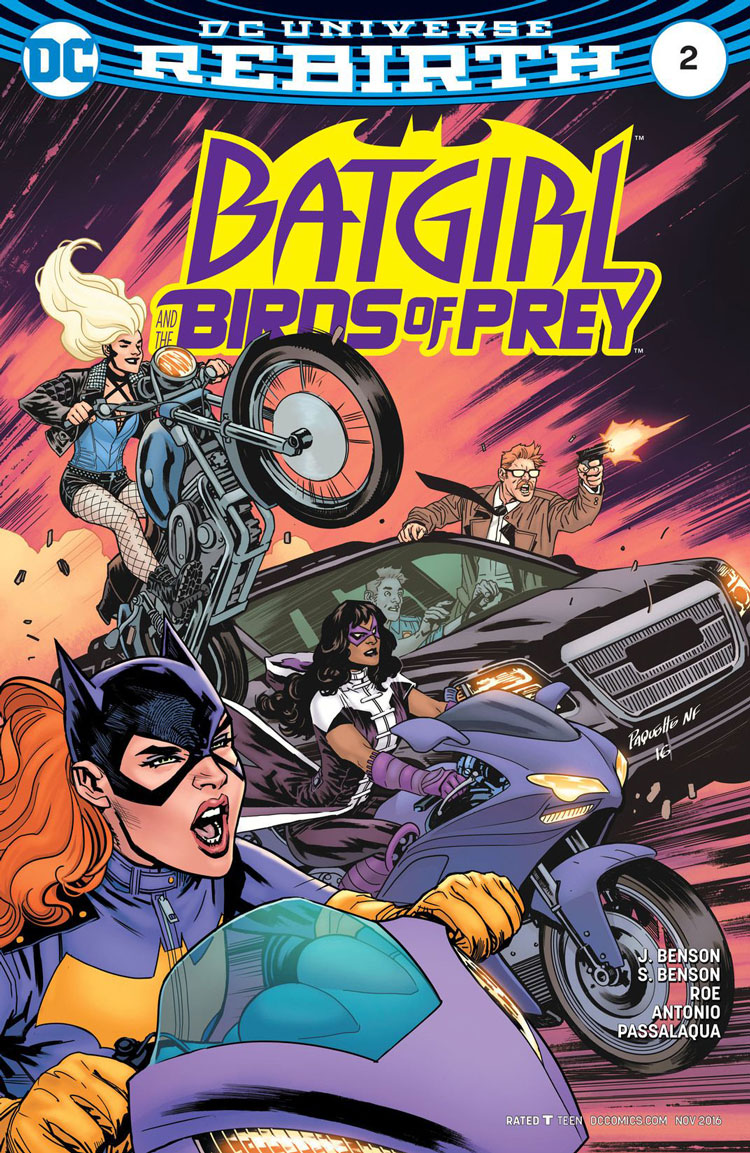 Sometimes a bomb brings people together.

Babs, Dinah, and Helena follow leads to ‘Oracle’ while simultaneously fighting amongst each other. With an unexpected heart to heart with her father and a surprise visit from the Bat, Babs feels as though the stress of hunting down ‘Oracle’ is bearing the hardest on her shoulders.

The Birds seem to band together as they use their brains and brawn to find their best clue yet, facing unintended consequences while a villain moves behind the scenes.

There are things that are right and other things that fall short in Batgirl and the Birds of Prey #2. I feel like the series is constantly on the precipice of something great but that is also just beyond its grasp. Each of the characters work on their own, but they don’t mesh well, and not in just the sense of contrasting character motivations.

So far, I’m not sure how this team is going to work out, and it’s going to take a lot of literary and visual finesse to pull this crew together.

In execution, this team comic has too many moving parts, and I feel like the writing could use some fine tuning. There are moments that feel rushed, unusual, and almost out of character throughout the issue that I feel take away from the story.

Similar to the writing, I’m on the fence about the art. Claire Roe and Roge Antonio portray some moments really well, but the proportions and contours of characters move from awkward to stable, giving a sense of instability in form. This style better lends to the environment around the characters, which are detailed and well constructed.

Allen Passalaqua and Hi-Fi band together on colors to fit every scene perfectly. This colorwork is one of the shining aspects of the issue because of its capacity to convey the appropriate feelings within each page.

This isn’t quite the introduction I’d want for someone to the Birds of Prey, a team I love but that over the past few years has lost what I feel is its essence.

Even without comparing the newest iteration of the Birds to my own fond memories, there’s something missing from Batgirl and the Birds of Prey that I feel could take it from an okay series to one that is stellar. There are glimpses, like in the growing bond between the characters, but I still feel as though this comic could and should do more with less.