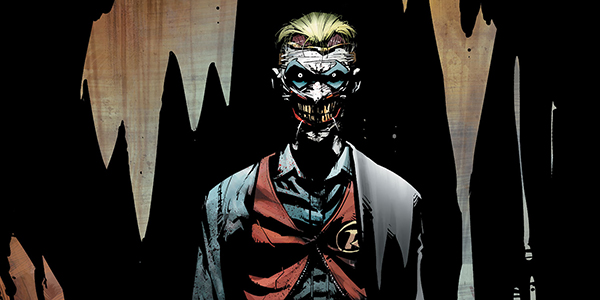 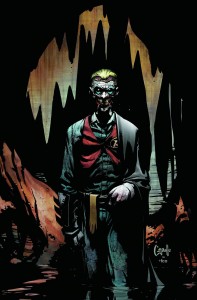 I’ve come away from the last several issues of Batman with such a feeling of ecstasy that it took me a few minutes to recognize that cold empty feeling in my stomach and realize what it meant.

For several months, I’ve believed that I had a handle on what exactly Scott Snyder was up to. Anyone who wants to dig though my Twitter timeline can find my prediction as to how all this will end. In a few of my past reviews I’ve tried to draw a parallel between the Joker and certain strains of fandom who are quick to criticize any perceived changes to beloved characters, and who go on and on about how much better things were before they got so big, so popular, so watered-down. After reading Batman #16, I’m not sure that these descriptions were wrong so much as entirely insufficient.

In so many words, Batman #16 is a reminder that Joker is not a good person. He’s not the sort of person one should like or root for. Even as readers, we probably shouldn’t be so excited to see him because when the Joker is around, bad things happen to good people. (And bad people. And people who just happened to be in the wrong place at the wrong time.) When you do see the Joker, the first thing that you should hope for is that he moves on fast enough that he never even realizes that you were there. Scott Snyder understands, however, that the second thing you should hope for is that he kills you as soon as he sees you.

It’s when the Joker doesn’t kill you that things get really, really bad.

In this issue, we see a lot of what happens when the Joker doesn’t kill you. It is magnificent and terrible, and if you are human at all it will leave you with a cold, empty feeling in your stomach.

That feeling is the feeling you get when you watch a good, capable man fighting with his heart and soul against a monster, against the end of hope, and knowing as you watch that it is already too late. Because the monster doesn’t have to kill the hero in order to win. And the Joker isn’t really a figure of death. He’s a figure of rot and disease, pain and suffering. He’s a force of nature, an embodiment of the arbitrary cruelty of existence. The very skin of his face rots against his skull, and still he smiles.

And Batman #16 is scary because the good man, the man of skill and cunning has fundamentally misapprehended what is going on. Bruce insists to himself that he’s shown up early, finally one step ahead, and that the Joker himself is within his grasp. He cannot see that he has become a dark knight errant, descending into hell in a quest to save what has already been lost.

The end is ahead, and I’m both excited and afraid. I fear that in bringing together so many friends and enemies, such a wealth of old faces and new horrors, that the Joker may have misdirected our attention from the question we need to be asking. When everyone, everyone seems to be on hand to play their role in the Joker’s mad allegory, who’s missing?

The cold, empty feeling in your stomach is there because you already know, even if you haven’t figured it out quite yet.