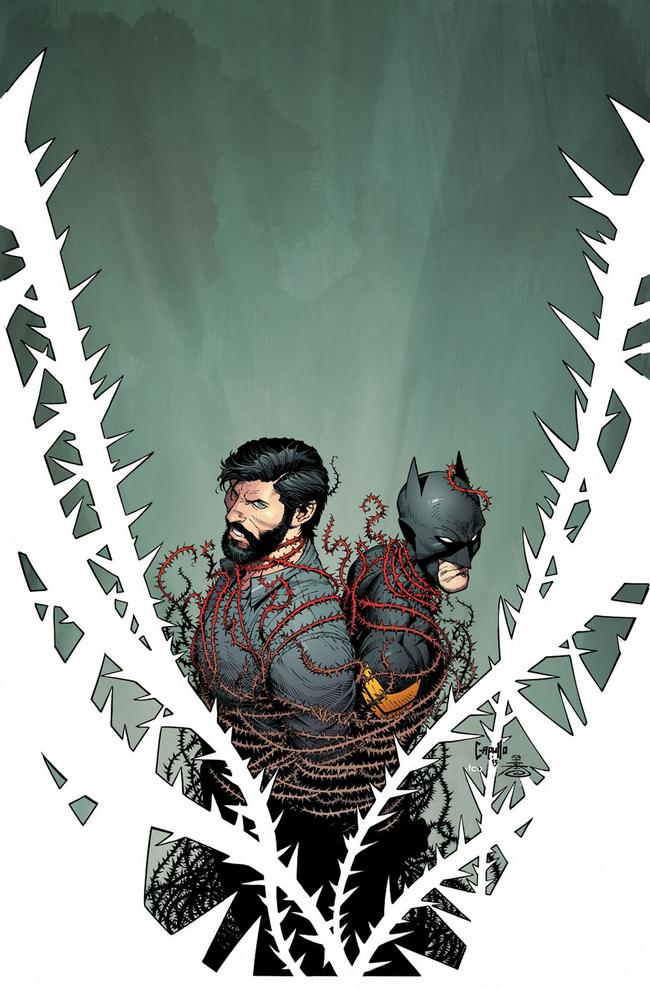 Bloom makes his move on Gordon, showing what he is capable of and Bruce Wayne takes a major step in this month’s issue of Batman.

Snyder is doing a great job of showing Gordon’s tenacity and stubbornness as he fights for his job, his life and for the citizens of Gotham. Gordon continues to be a likable Batman, with his inexperience in the role always acting as a character in whatever room he’s in. You can’t bank on a perfect Batarang toss or one of the countless “Bruce Wayne” moments that we’ve read in the past where Batman pulls it all off at the last second. As readers, we don’t know if Gordon is going to pull it off or if he’s going to fail in his role as the new Dark Knight. Bloom is an excellent villain to highlight this, as he seems to be equal parts Joker and Court of Owls, working both sides of the personality required to be Batman. Thus far, he’s as clever as the Court and has a deep past rooted in Gotham but he also has the madness and danger typically associated with the Joker. You can’t brute force this guy and he’s not easily out-witted and he’s also dynamic and new enough to be “not just another Riddler story”, etc. The new Batman has his own new arch-enemy and it is a lot of fun to read.

Bruce Wayne’s subplot continues to intrigue me, as he takes a major step this month with Jules. Do I trust her? No, I’m not sure I do. Am I totally intrigued by what happens to Bruce even if he doesn’t remember the cowl? Yup, I totally am. The choice to have the two have their discussion in the shower setting was intriguing, and brought some Grayson level steaminess to the main Bat book. It was a solid change in pace and tone from the Bloom story and gave me a couple chuckles amidst a dark issue.

Some of the chuckles came from Greg Capullo’s very clever artwork in that sequence. Capullo is a beast and his Batman issues are fantastic. This issue is penciled as well as any that have come before it with Capullo making me legit freaked by Bloom and doubting whether or not Gordon is going to make it out of this. Capullo’s work highlights the power and lengths Bloom is willing to go to in order to make a point and the opening pages of this issue are pretty horrifying. These pencils are great and the work by Miki and Plascencia is top drawer. Batman is one of the biggest books in comics and this art team is a big reason why.

Batman #46 features an inexperienced Bat going up against one of the most terrifying Batman villains yet. Snyder, Capullo and company are firing on all cylinders and I’m excited to see where this comic continues to go.