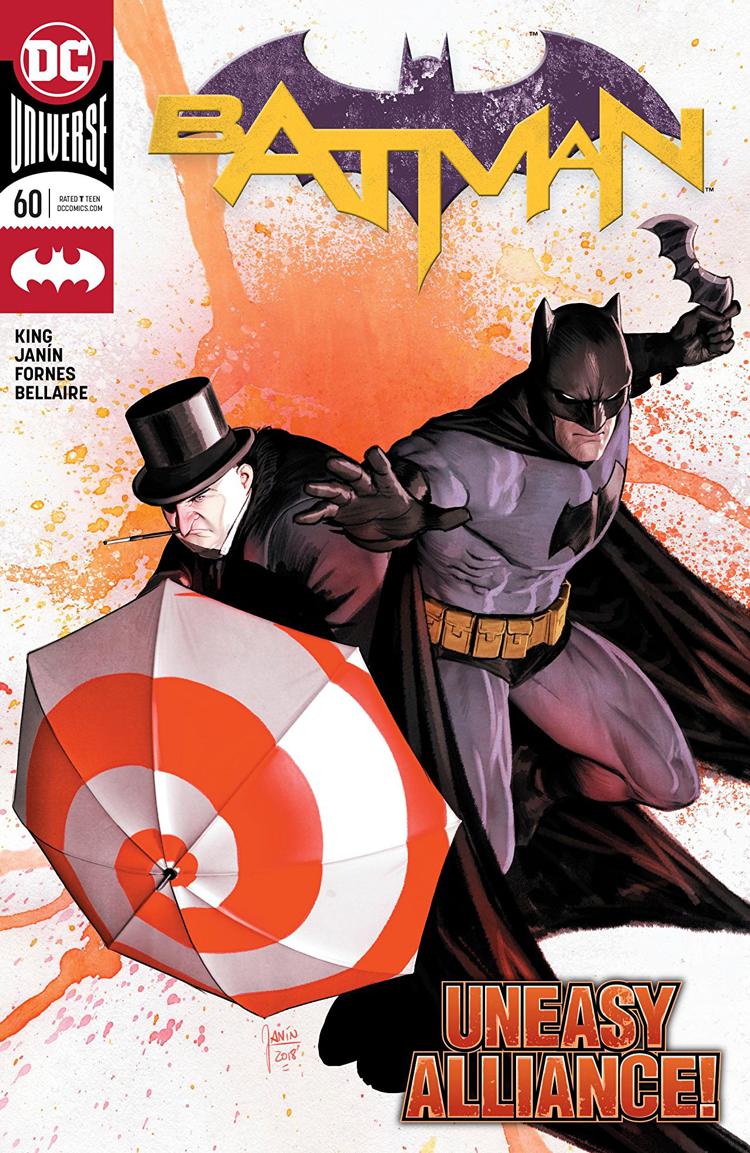 What Happened To The Lights

Tom King and Mikel Janín’s part three of “The Tyrant Wing” is filled with bloody fists, beautiful literature and unbelievable revelations, all of which makes for an intriguing yet gritty Batman story – honestly the best kind.

The Batman, in the words of Sterling Archer, is on full Rampage mode around Gotham City. As the Dark Knight is trying to track down Bane with his fists, the allies (new and questionable) closest to him are suffering more than the villains on the other side of Bat’s punches, making the Dark Knight’s reality even more tragic than usual.

It is obvious that Tom King in this long Rebirth arc is exploring the absolute limits the Batman character can handle, whether physically, mentally and especially emotionally after the failed wedding day ten issues prior. King in this book alone examines Batman in all three of these areas all while tying in key players around Gotham. The rage Batman feels has him chasing villains (amazingly classic ones at that) around rainy rooftops. He’s mentally exhausted from the ordeal with Nightwing to what horrors the man who broke the Bat couple possibly have up his sleeves. To top it all off, the arc ends with Batman facing everything he fears – his own failures in more ways than one.

King’s writing continually showcases him getting to know Batman better and better and it shines through this extensive new journey the character is going through and how this will ultimately change his ideal crusade for justice.

Mikel Janín’s illustrations are always outstanding but the creative team of Janín, Bellaire and Fornes combined to present the grit, anger and sorrow compiled in panel after panel. Batman’s rage, The Penguin’s anguish and Gordon’s frustration all pour through every line, ruby shades pallet and minimalistic font that matches splendidly with King’s simple yet powerful story.

Reminiscent of works by Frank Miller and Francesco Francavilla, the artwork in issue 60 paired heartbreakingly well with the rollercoaster of an evening experienced in Gotham City, one that ends with a huge corkscrew loop.

This was a shocking but strong end to an emotional mini arc. Tom King stated the arc following the harrowing saga of “The Tyrant Wing” is named ‘Knightmares’ that will ‘scrape’ at the ‘soul’ of Batman. King has been building up this story of the Caped Crusader for dozens of issues and honestly, the script combined with the art makes me happy to be along for the ride no matter what rabbit hole it travels down to in the end.